The Buts of Life

No, that isn't a typo in my title there. I wasn't trying to say butts. I know the difference. At least most of the time.
Today I woke up, checked my phone, and let the dogs out. When I stepped outside with them, there was a noticeable drop in temperature. It was by no means chilly. It just felt nice out. Before I knew it, I was strapping on tennis shoes to go for a run. Well, a run-walk. I'm out of shape.
I felt good after the run. I sat down at my desk and started writing out a few emails. A few hours passed before I got up to let the dogs out and grabbed a Diet Coke. As soon as I got up, a surge of pain shot through my right ankle. I headed to the freezer, grabbed an ice pack, some pillows, and proceed to ice my ankle for 20 minutes.
This isn't new. It's been going on for two years now. Two years ago I was dropped 20 feet while rock climbing. I shattered my ankle and broke my leg. I still haven't fully recovered, and I'm not sure I ever will. Looking back I can get really angry. I've gained weight (my own damn fault, but I continue to blame my ankle pain). I've missed out on things. We've spent tens of thousands of dollars on surgeries and doctors appointments. I have developed an intense fear of heights. Walking down anything steep can make me feel completely helpless.
But then I started to think about how my life has changed… 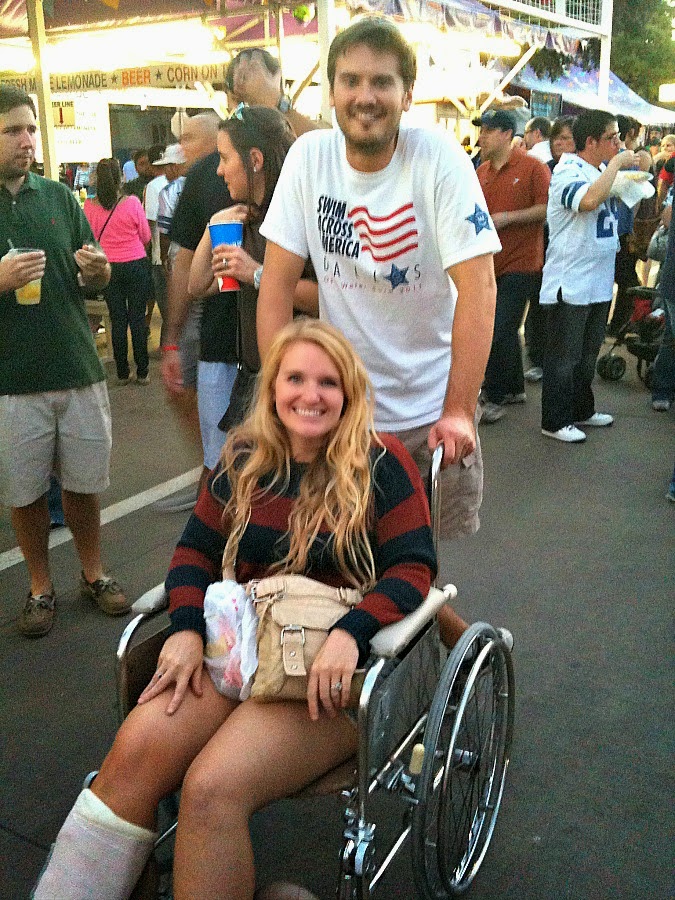 Sometimes you look back on the buts or the what ifs of life with regret. Now, two years later, I choose to look at them as positives. Things could have turned out differently, but they didn't.

So cheers to this two-year-old blog. You are the silver lining … the best thing that came out of one of the worst things that ever happened to me. No buts about it.