How to Organize Your Life

If there's one thing I'm lacking in life, it's organization. There are certain people that are, and some that aren't. Some of my favorite bloggers to read, are ones that have their shit together. I find it interesting that they can manage everything on their plate but everything on said plate is in neat, color coordinated sections ready to be devoured at a specific time. One of those people is Steph of Life According to Steph. I've had her on the blog before when I flat out asked her: How the hell do you organize your blog? So now, I have her back, but this time it's about organizing your life. An area we could all probably work on. 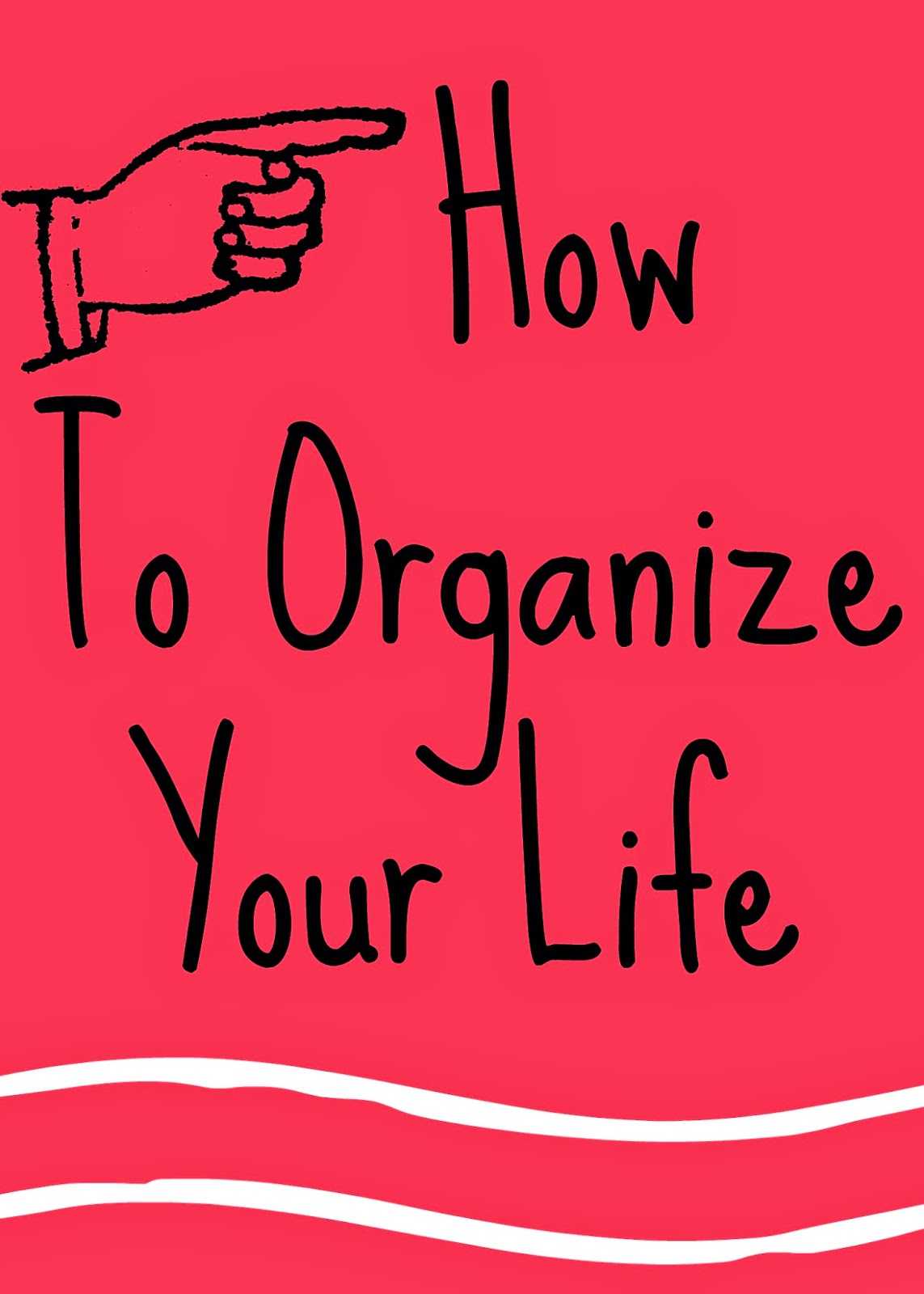 Hello Helene in Between readers! I'm Steph and you can normally find me over at Life According to Steph blogging about cooking, books, my three pugs, things that annoy me, hausfrauing, my card of a husband, and life in general live from Philadelphia.

One of my favorite things to do is to purge and organize. If I had to choose a different career, I'd be a professional organizer, so I thought I'd take this opportunity to share my top five organizing tips with you while Helene is off enjoying her European vacation.

1. Do not get involved with piles. Deal with it the first time it's in your hand. There should be a place for everything and everything should be in its place. This message about piles that appeared in the June 2014 issue of Real Simple says it best:

2. Make sure every item you own has one of these connections: it must be useful, beautiful, or beloved. If the answer isn't yes to all or at the least one of these questions, it's time to get rid of it.

3. It's easier if you organize by zone. If you say I'm going to organize my bedroom this weekend, you might avoid it because that sounds like a big job that could be long and grueling. But if you say I'm going to organize the top shelf of my closet this weekend, I bet you'll do it. And you might even be inspired to tackle a drawer or two after. Set yourself up with 10 minute projects and see what you can get done in 10 minutes.
4. Use a laundry basket during your cleaning and organizing. Put whatever doesn't belong in that room in the basket to be transferred to other rooms instead of running back & forth while you're in the middle of cleaning. You can tote your cleaning supplies in there too.

5. It's never over. Purging and organizing is circular because life is circular. Life happens around us. Something you organized four months ago could probably use an update. New stuff has likely come in, old stuff has gone out, and how you use the space probably needs to be reevaluated. You don't organize something once and then never have to do it again. It requires upkeep.

I could talk organizing all day, but those are my top five tips. Do you have any to share?

Your Guide to Saving Money to Travel the World 15 Best Travel Apps for Your Phone How to Use Lightroom Presets on Your Mobile (FREE!) Plus New Presets for Travel and Lifestyle Photography