Uncategorized
Busiest weekend yet since the ol' ankle has been broken!
Friday, I hobbled my way around to the Grand opening of Dave and Buster's in Dallas (the newest store). That's where I work! Headquarter's is in Dallas.

It was really fun to go to an opening of something.
If you are in the Dallas area this store is cool to check out, I promise I am not just saying that since I work for the company. The TVs are the largest I've ever seen in a restaurant!!
Saturday was THE day. THE day of Friendsgiving. We hosted it our house: 30 + people and I am using a walker.
Let me tell you, that shit cray.
Michael (=husband) had a work event that morning, and we thought it appropriate to make not 1 but 2 turkeys and cook 2 desserts and a side.
Plus, I could harldy help, let alone walk.
We cleaned (meaning just Michael cleaned) the house earlier that week. I made one of the casseroles ahead of time.
But then, I took a shower, and the dog ATE the casserole.
Idiotically, I put the rest of the casserole down the sink.
And broke the disposal. THE DAY OF OUR PARTY.
I'm on a roll.
I remade the casserole.
An hour before the party we discovered that we did not have a thermometer for the turkey fryer.
Michael left to go get one.
He went to FOUR stores and was late for his own party.
Did I mention, He hadn't showered?
As guests were arriving Michael strolled by in a towel.
But, despite all of the above…
Everyone brought delicious food and, of course, tons of boooooze. (That's very important.)
Turkeys turned out awesome!
A Mass of food was consumed.
Drinking games were played. 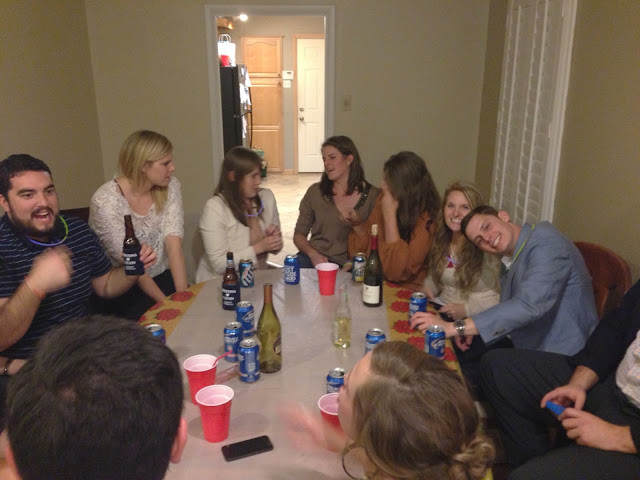 Friendsgiving was a success! 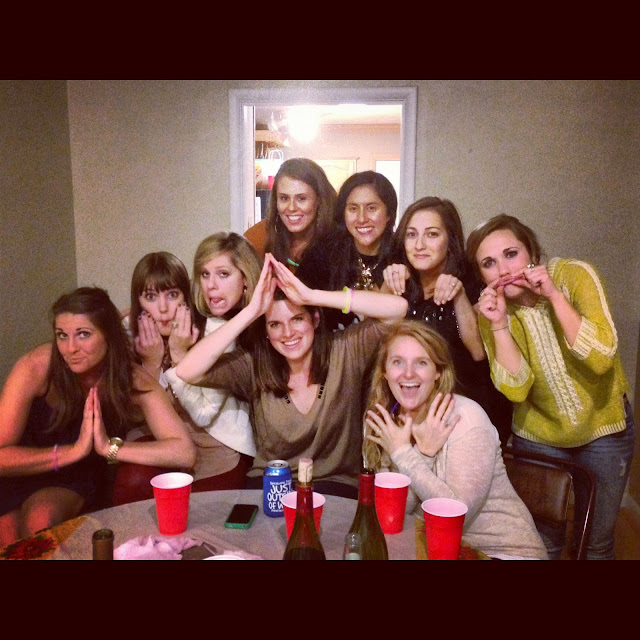 Some of the girls at the party, ya filthy animal
How was your weekend?