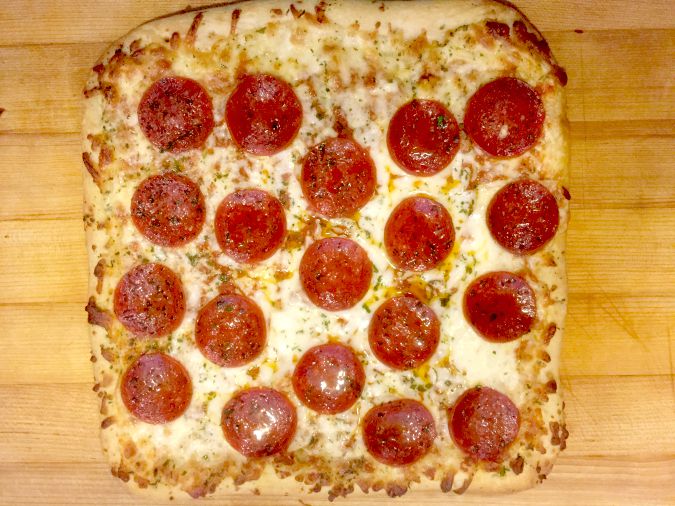 Pizza is just one of those meals that's perfect. Cheese, bread, suace, toppings of choice- everybody wins. Two weekends ago, Michael was out of town and I knew just what I was going to do: eat pizza and watch Orange is The New Black on Netflix (like a good American).

I had two options: order pizza or run to the grocery store and pick some up.I decided to order online. I'm not going to name where it's from, but just know it's a national chain. I'm not naming it because it was the WORST pizza in the world. Nothing is more depressing than paying for bad pizza.

I was devastated. I sat, staring at the limp pizza with my show ready to go. But how could I watch the show without the pizza? Answer: I couldn't.

I threw on a bra and headed to Kroger. I had a coupon for Digiorno's new Pizzeria! Pizzas with their signature rising crust. I grabbed two boxes, not knowing which one I would like best. Their new pizzas are thin (no limp pizza crust here) and are made with extra virgin olive ul, specially-crafted sauve made from scratch using vine-ripened tomatoes, basil, thyme, and oregano. Everything is made with real cheese and premium meats. They are so confident in their new pizza, they are offering a “Love It Or It's Free Guaranteed” refund.

As I read the label, I knew I had to try it. I popped it in the over for about 20 minutes, as hopeful as I could be as my stomach was growling. 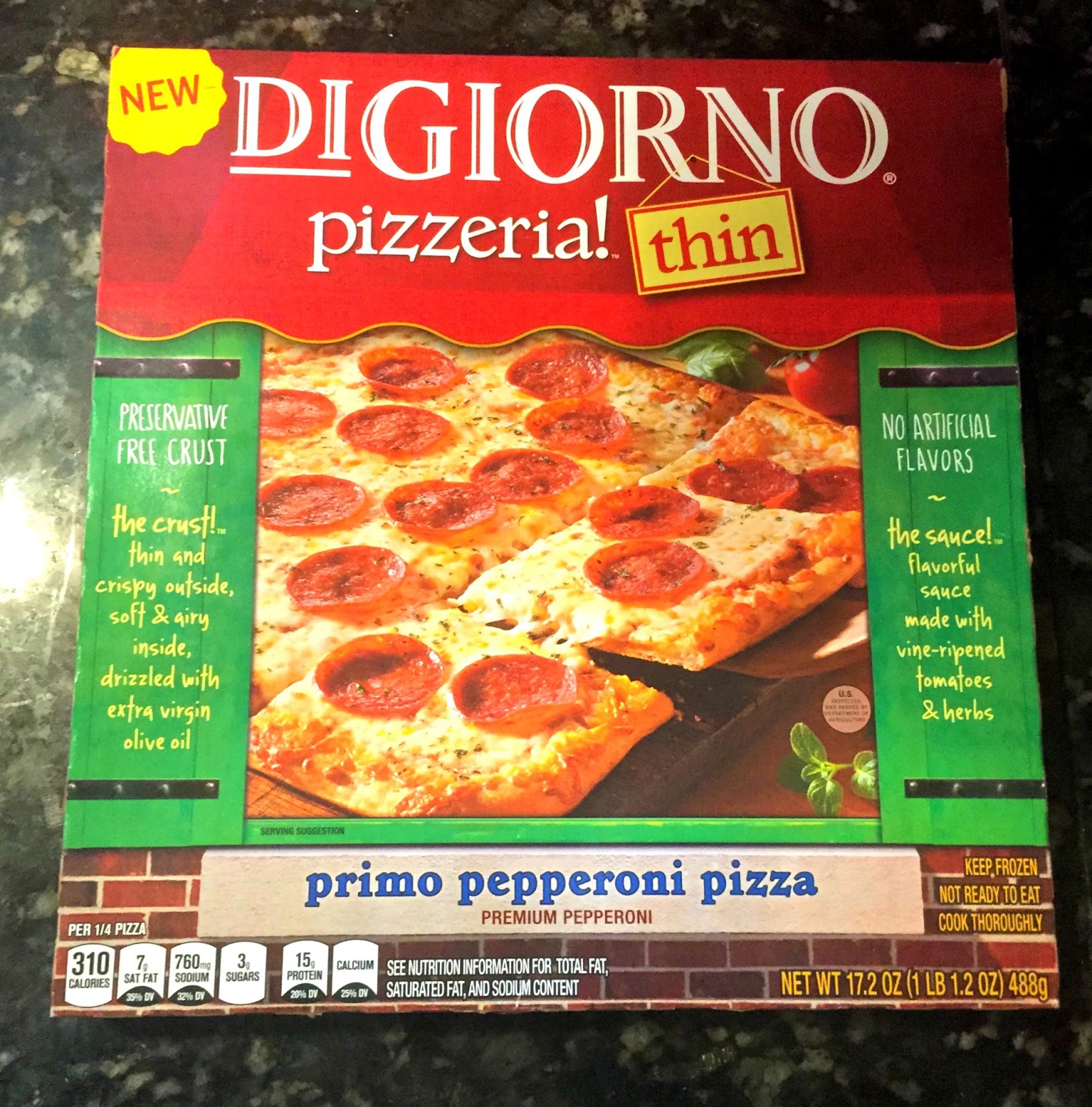 YOU GUYS. This was one of the best pizzas. The crust is thin, but still able to hold toppings, it's cheesy without being overly cheesy or saucy. The flavors are bold and tasty. 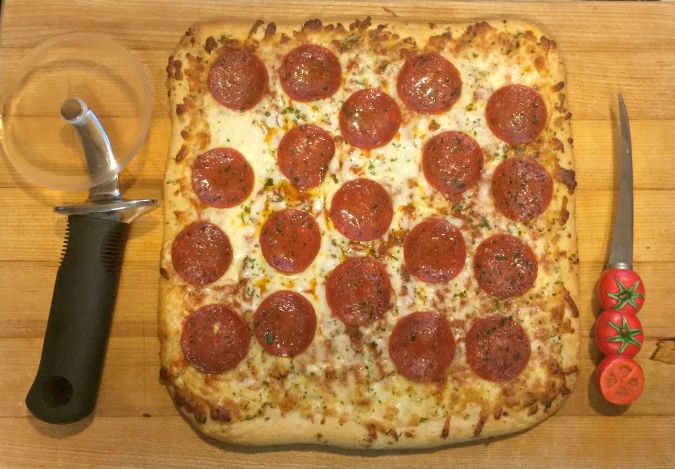 So tasty, in fact, when Michael got home I wanted him to try it. I bought another pizza, it was that good. I don't know about you, but I'm serious when it comes to pizza and this is a good pizza, especially for the price. 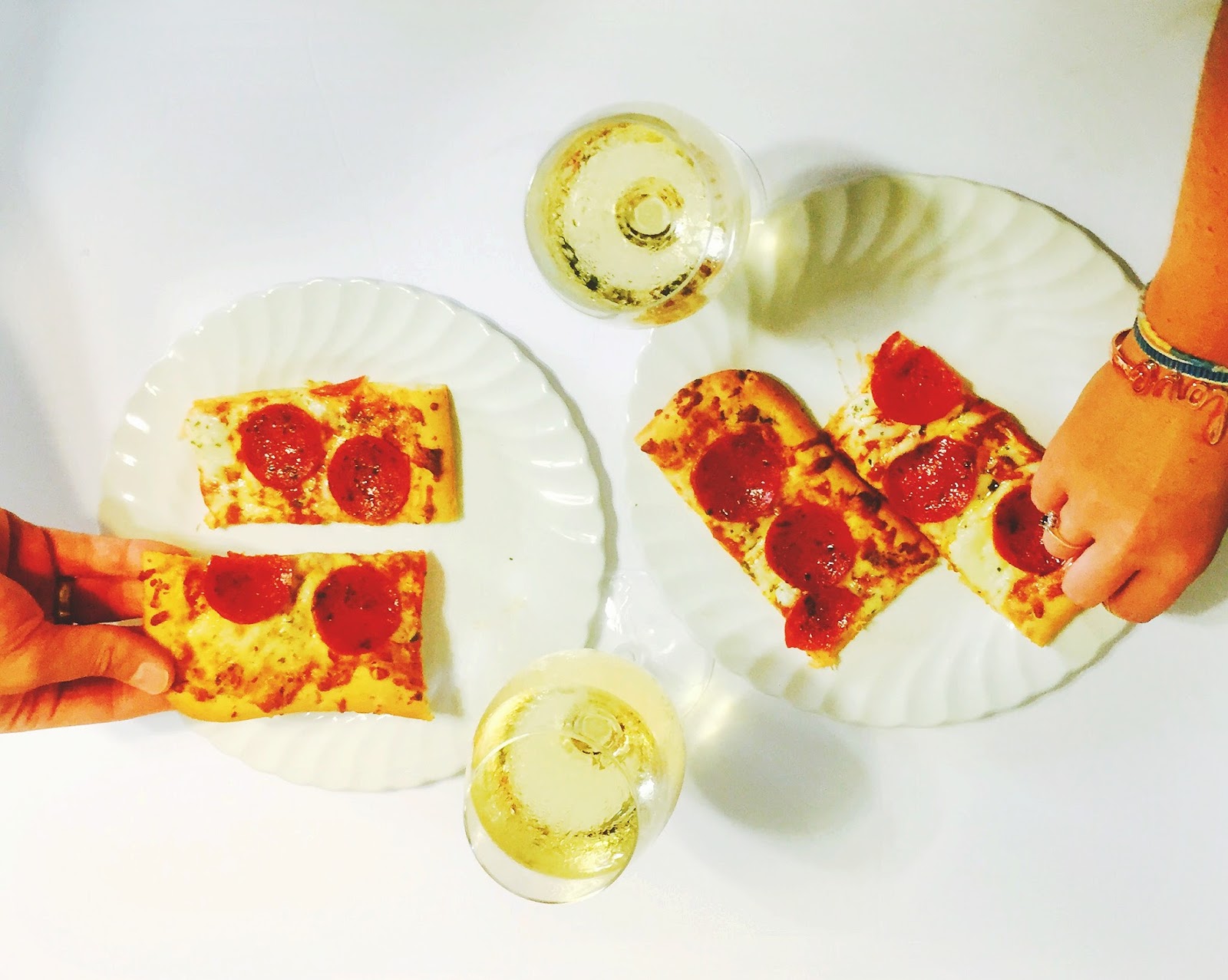 When it comes to pizza, I like a sure bet. Something I KNOW will be delicious, without breaking the bank. You can count on Digiorno for that.

I was selected for this opportunity as a member of Clever Girls and the content and opinions expressed here are all my own.