Tomorrowland 2014: The Best Thing Ever 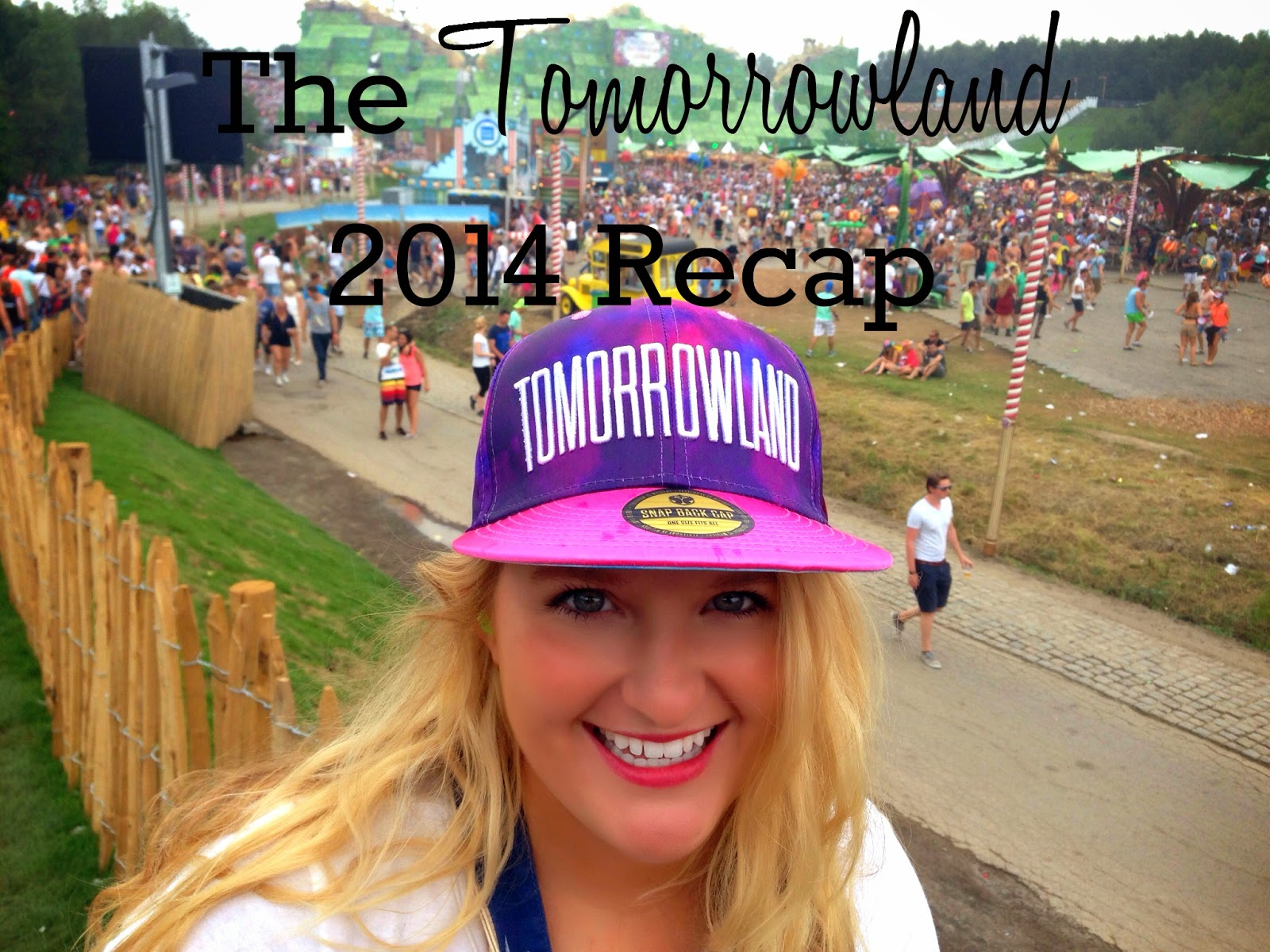 I'm starting with Tomorrowland because well, it's the freshest on my mind since I ended my trip here.
In case you're new here, this was my third trek to Tomorrowland, the largest, most anticipated (and best) electronic dance music festival in the world. It's held in the quaint town of Boom, in Belgium, but the festival promises an imaginative and elaborate set up. This year's festival was the 10th anniversary so they decided to go over the top crazy; it did not disappoint. 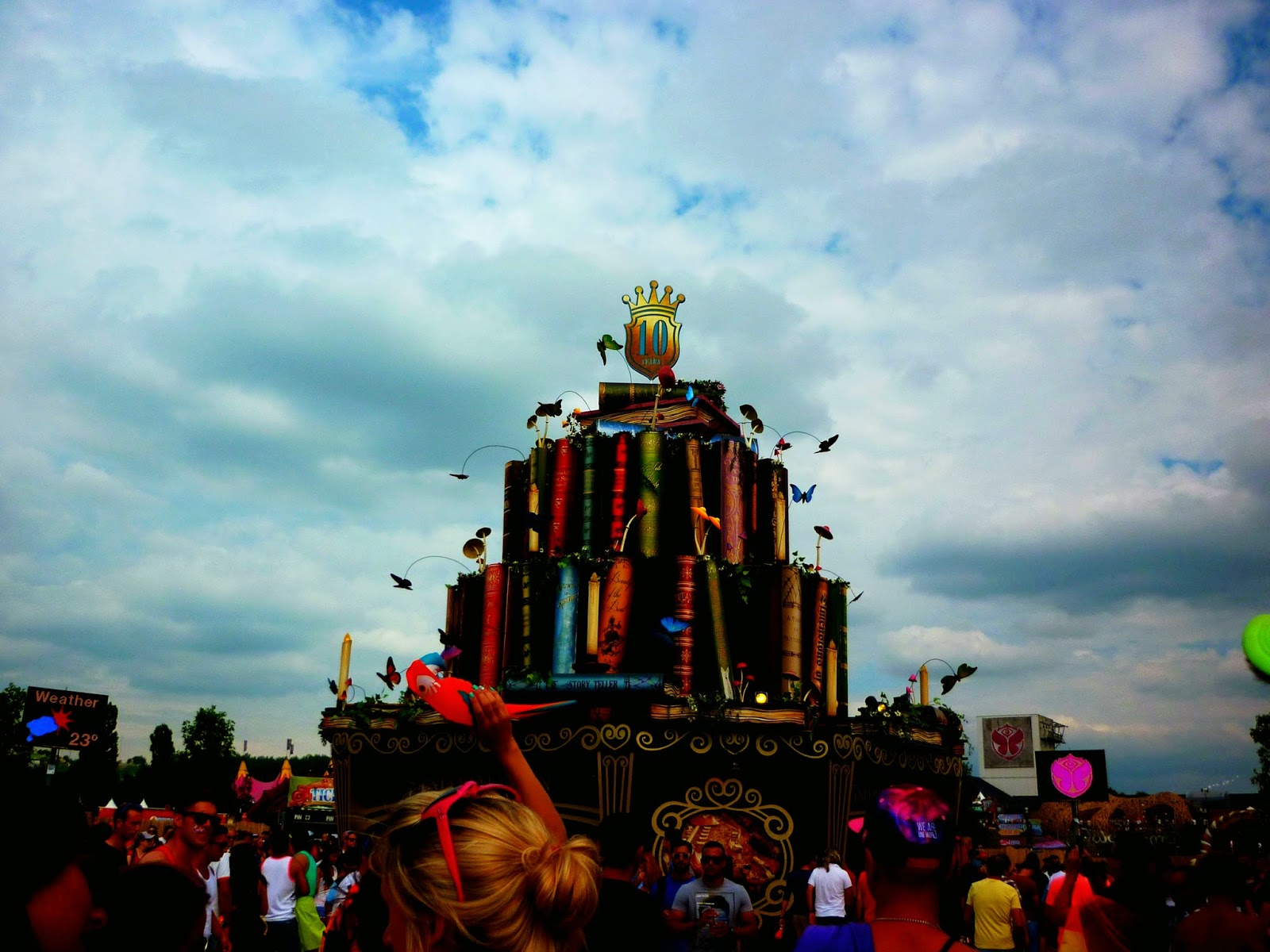 View of the festival Grounds from the Ferris Wheel: 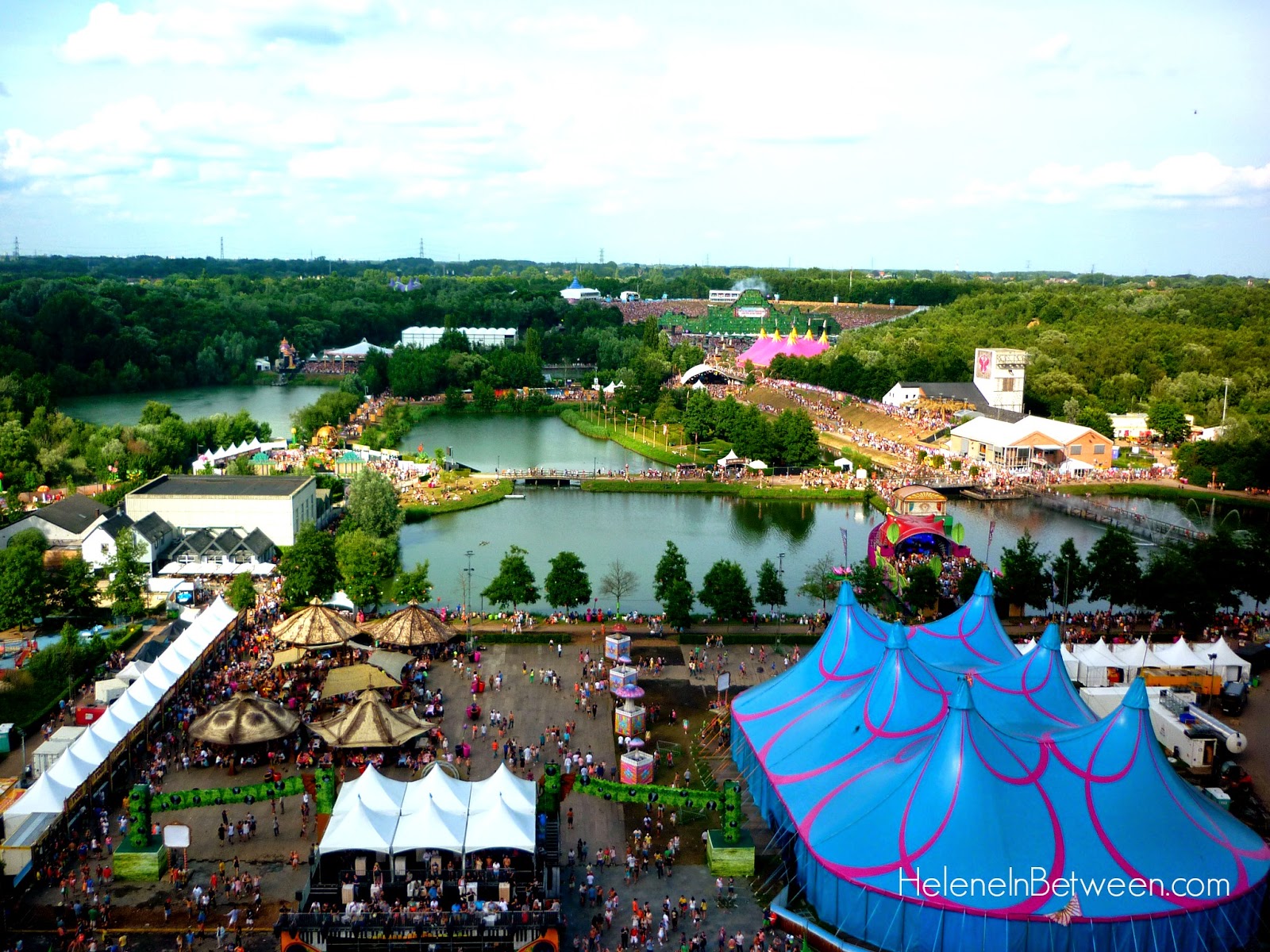 Whether you like dance music or not, this festival is one of the best experiences you can have. All 15 stages were ornately decorated, sparing no expense with technology and effort. The fireworks are the best I've seen – it's like the 4th of July on steroids and that mixed with the music is a wonderful experience. Here's a look at some of the Tomorrowland 2014 stages: 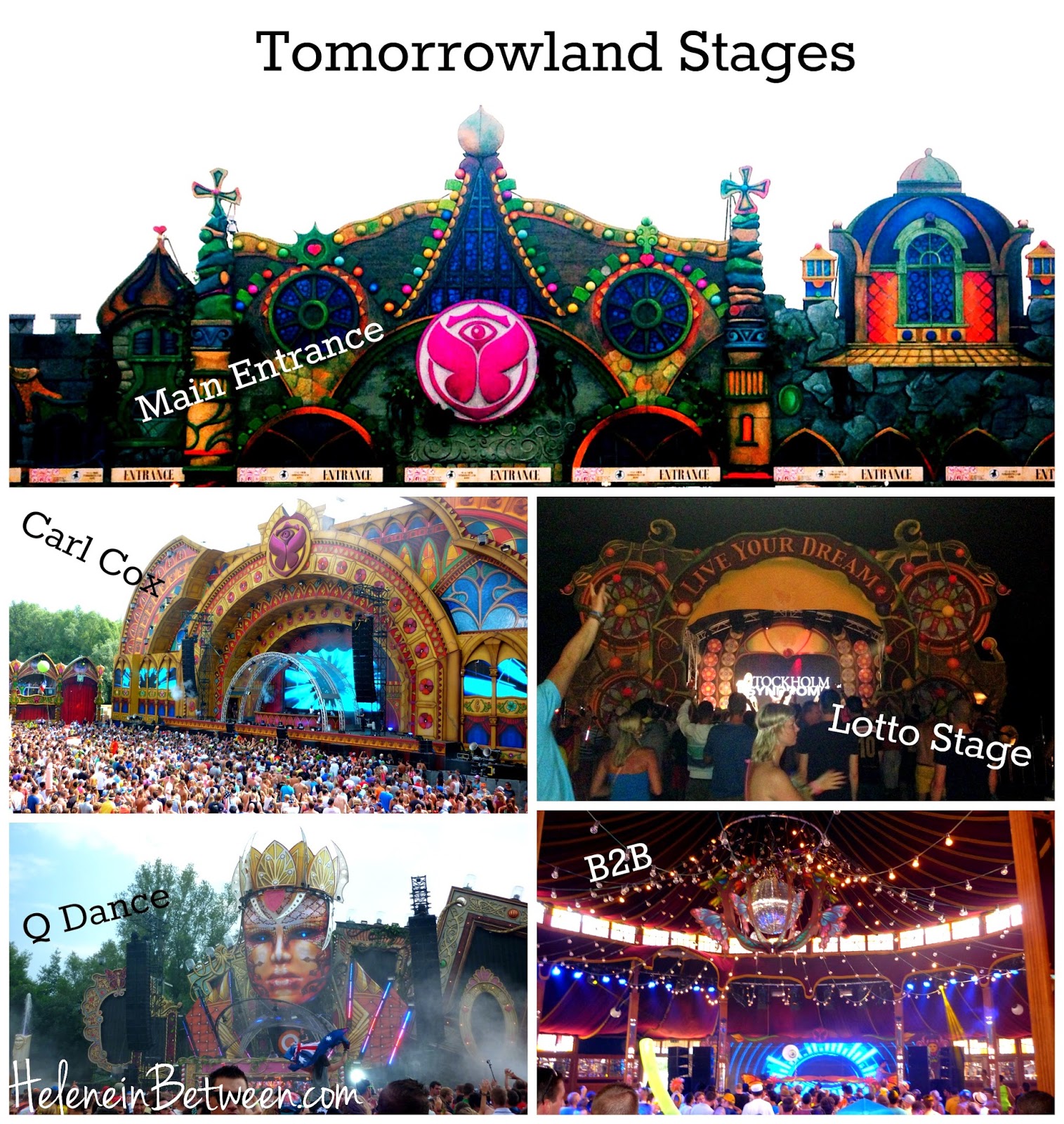 For the 10th anniversary, some new things were introduced this year. The bracelets, for one, could be connected to Facebook by pressing the heart button you could add friends. They also had light up sensors on either side and would blink and light up with the music played at night. 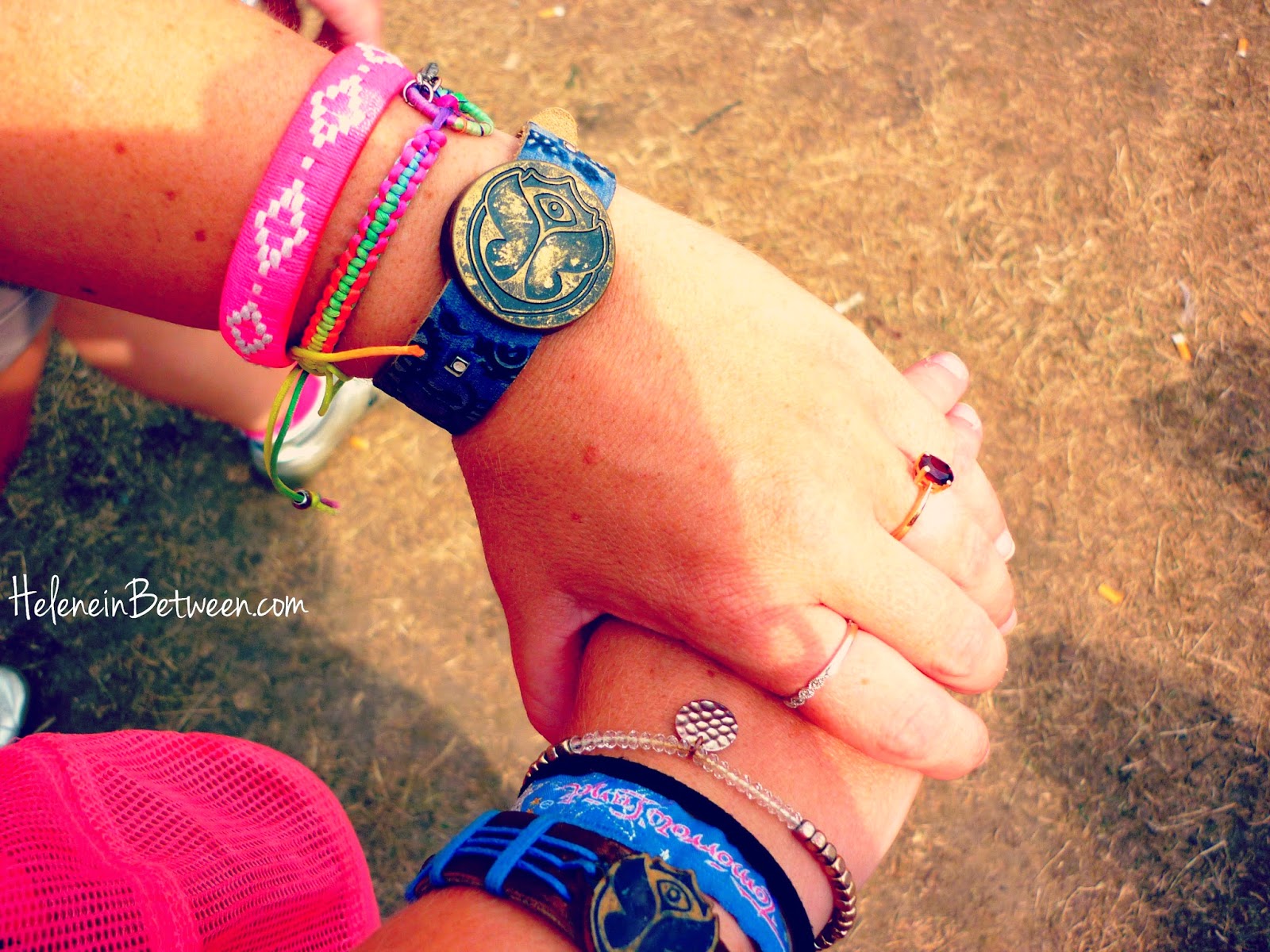 Don't ask me why I added my url to some photos and not others. I still haven't caught up on sleep.

They also brought in food from around the globe and even included a restaurant! I'm always shocked at how cheap the food and drinks are. I'd say this year was a little bit more expensive but then it was also more gourmet. 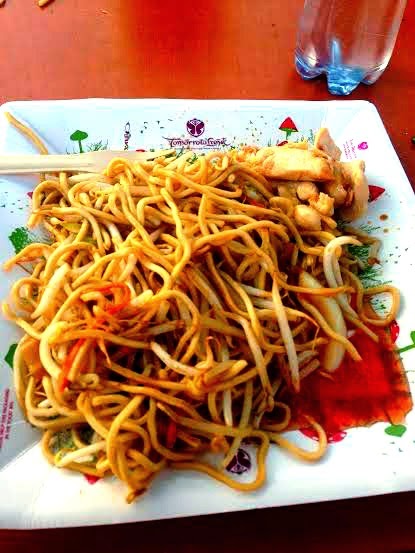 Michael and I split the fried noodles with chicken.

The main stage was the largest it's every been, in the middle was a face that could talk and also turned into a screen that would show the artist performing or scanned the crowd. On the sides were spinning levers and steam could blow through the top and below the DJ booth. Fountains on either side, a trampoline for performers to bounce on, and details like bi-focals that came down between each DJ set.  On the right there was even a functioning waterwheel. 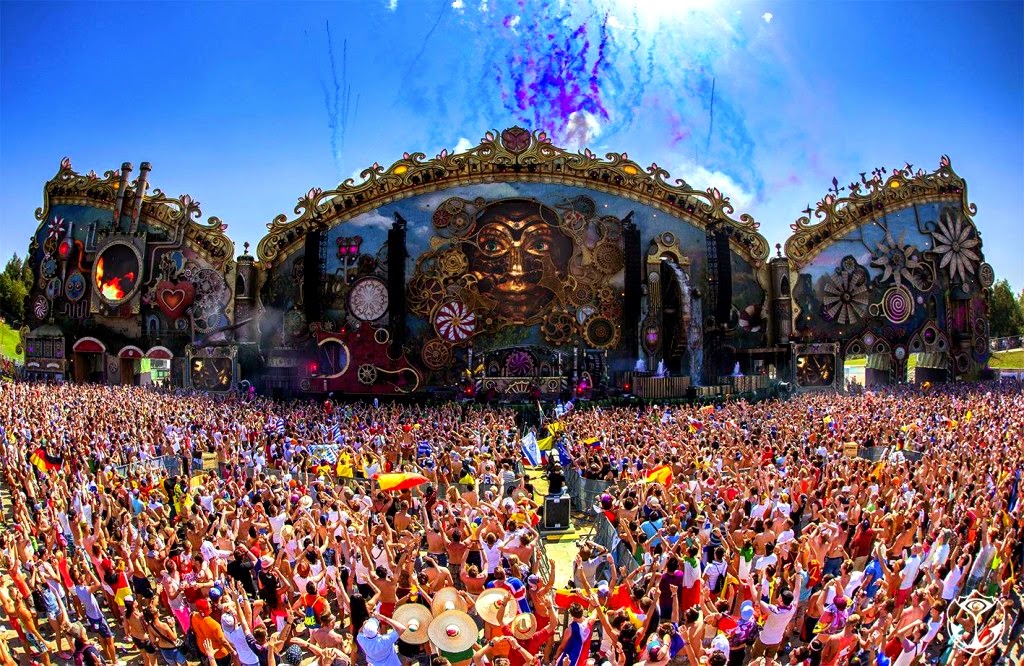 There were of course pyrotechnics galore and lasers that shot into the sky and through the crowd.
The Tomorrowland Main Stage “bowl” itself can hold about 80,000-100,000 people and at night it was completely filled, with no green spots in sight. Here's a look at Friday's main stage during Martin Garrix's set: 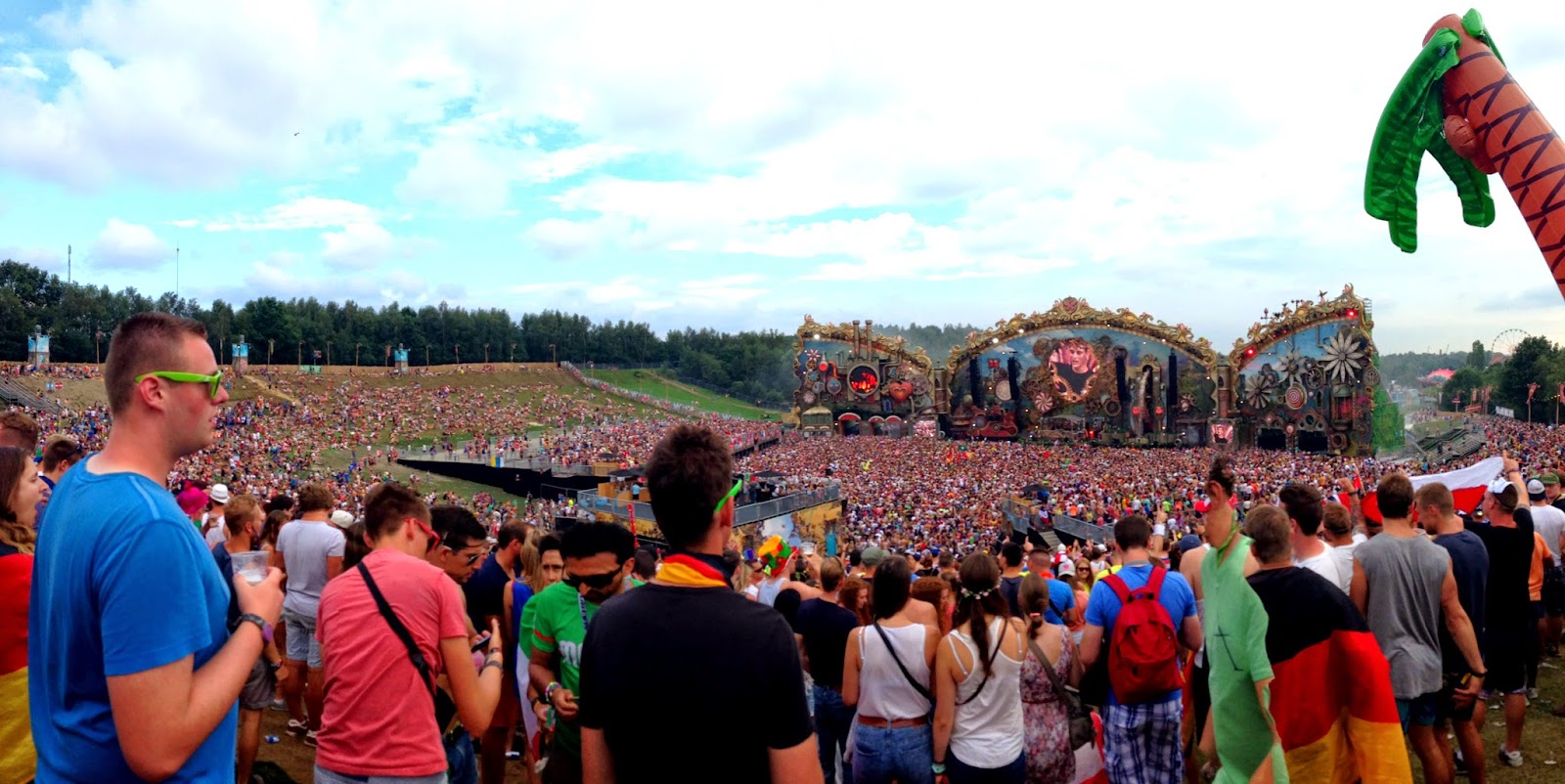 And here's a look at night with the fireworks! 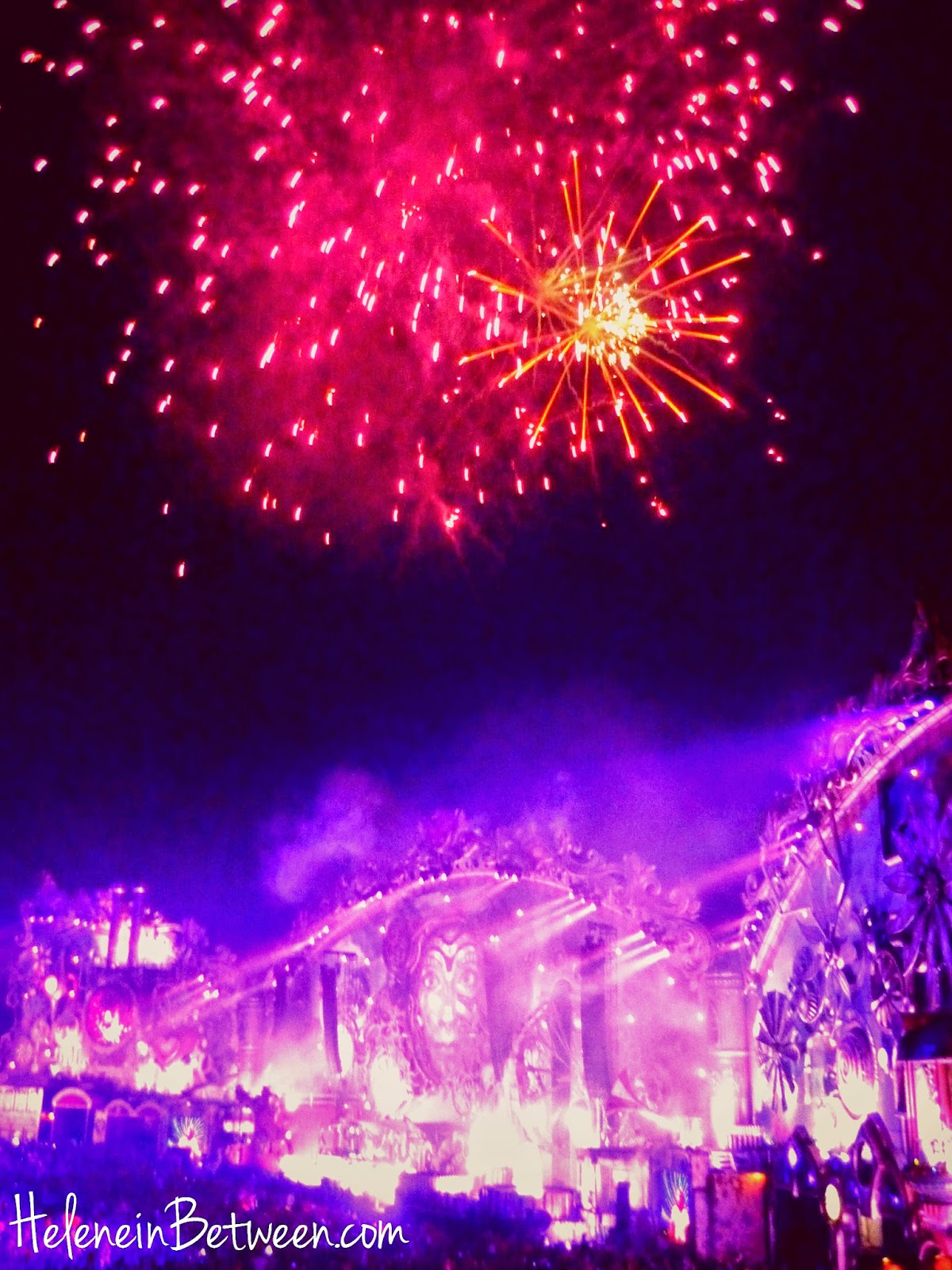 I'm certain that no other stage in the world could compare.

Since I decided to condense this recap into one post, I thought I'd break down some of my favorite moments that happened over the course of the three day weekend. 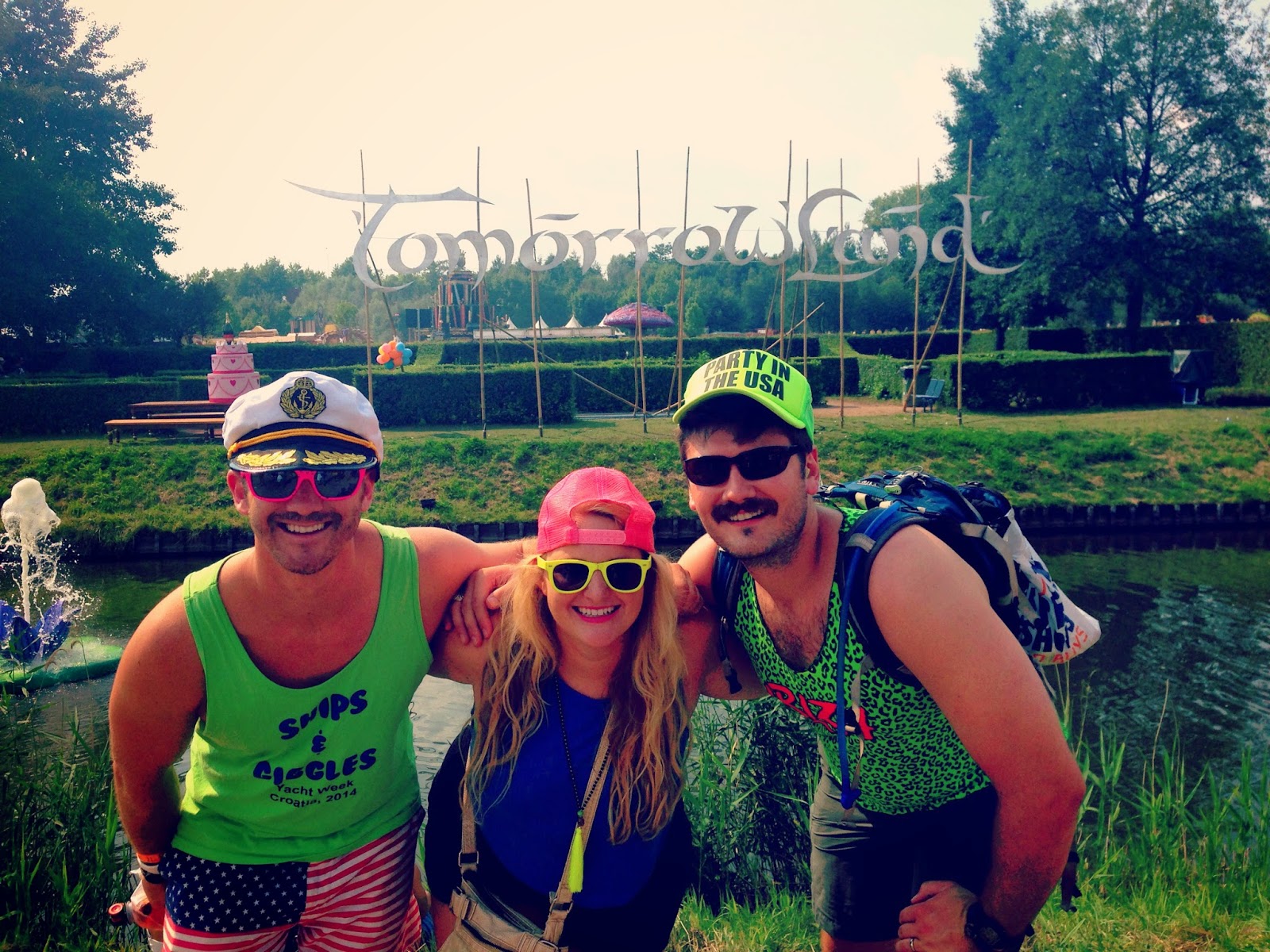 Favorite Musical Moment: Hands down my favorite was when Avicii played “Dear Boy”. I must have told Michael 100 times that he won't play that song, but if he does I will literally die. Michael recorded me simultaneously singing and crying while the song played. 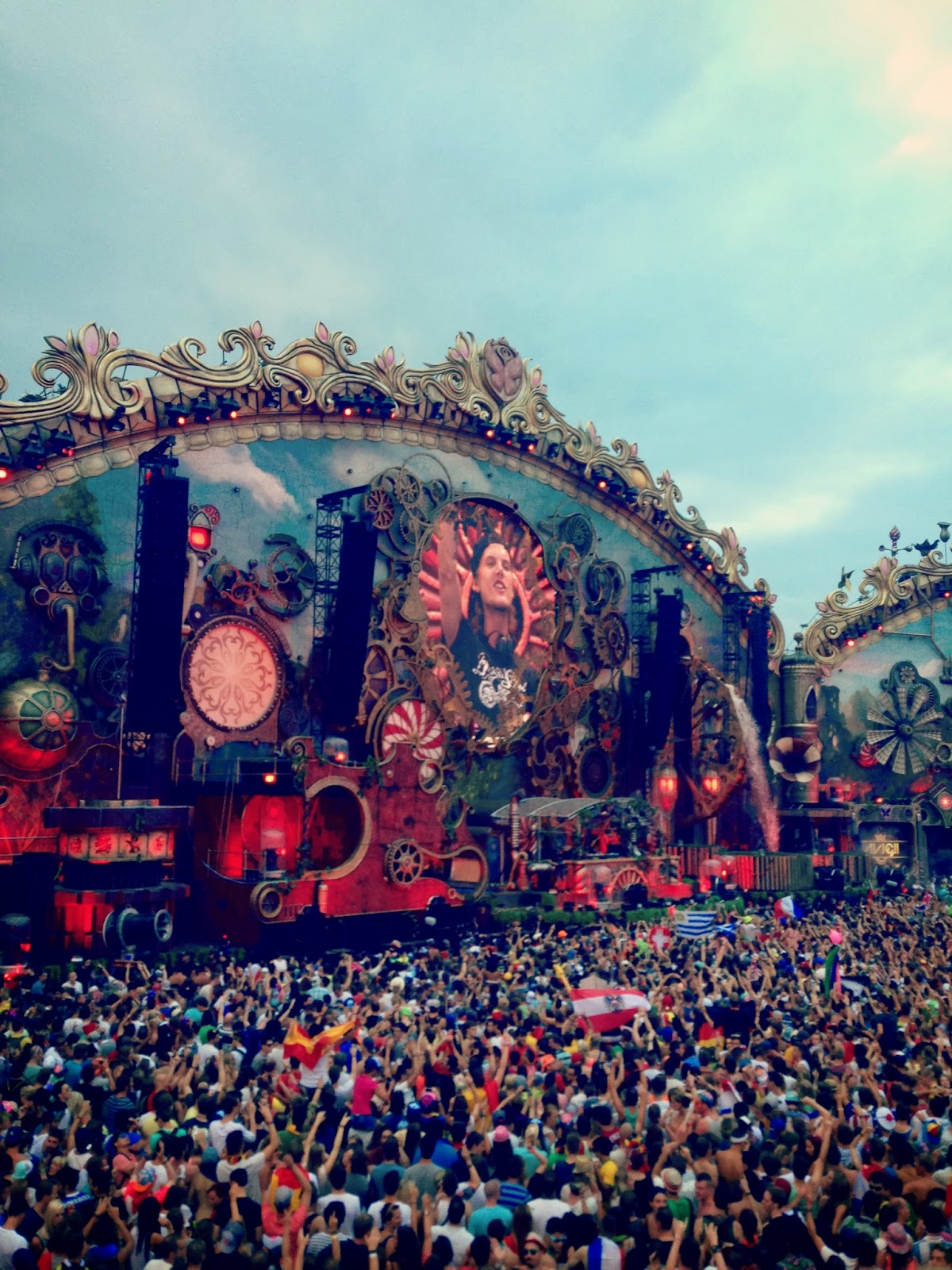 Favorite New Act: Netsky. I'd heard of Netsky before but I had no idea he was a Belgium born DJ. He took over main stage on Saturday night and we decided to stick around and listen to him. When he began his set with “Nobody to Love” I knew he was a keeper.

Favorite Duo: Harwell and Tiesto's set. Arguably the two biggest DJ's in the world, who have never played before, come together for an epic ending on Saturday night. Cascading steam and fireworks and the DJs jumped and danced and hugged and spun out the hits. 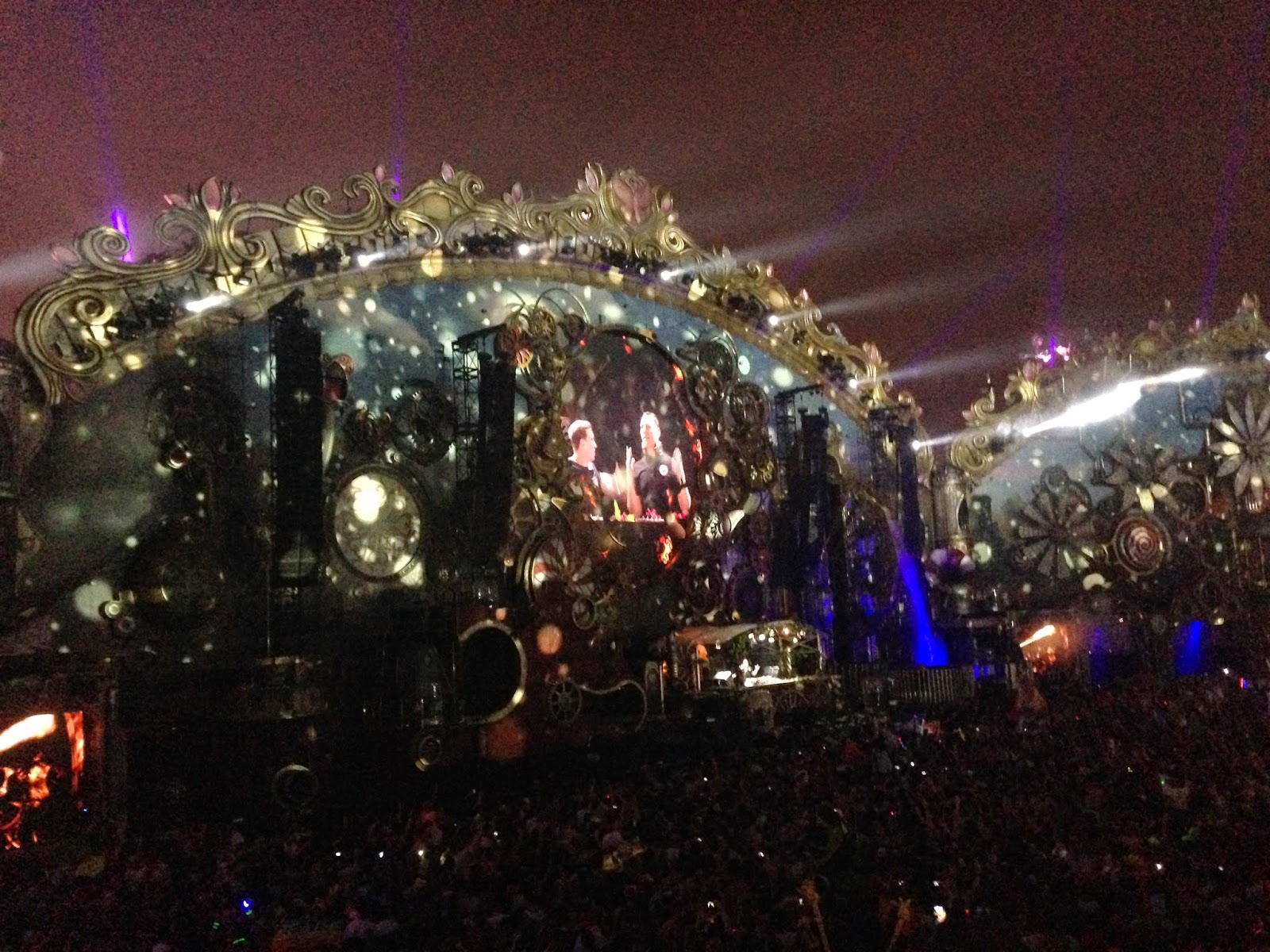 Favorite Moment: For me personally, my favorite moment was when I got to go backstage and be interviewed by Studio Brussels. Walking past the tents and set up it was a different world. I glanced over my shoulder and saw Steve Aoki and my interview was between talking with Hardwell and David Guetta. I had no idea what questions would be asked. Just sat in a chair, was handed a microphone and headset and in 5 minutes we were live on the air! I talk about Tomorrowland so much on this blog and it's pretty fun that I get to share that passion. 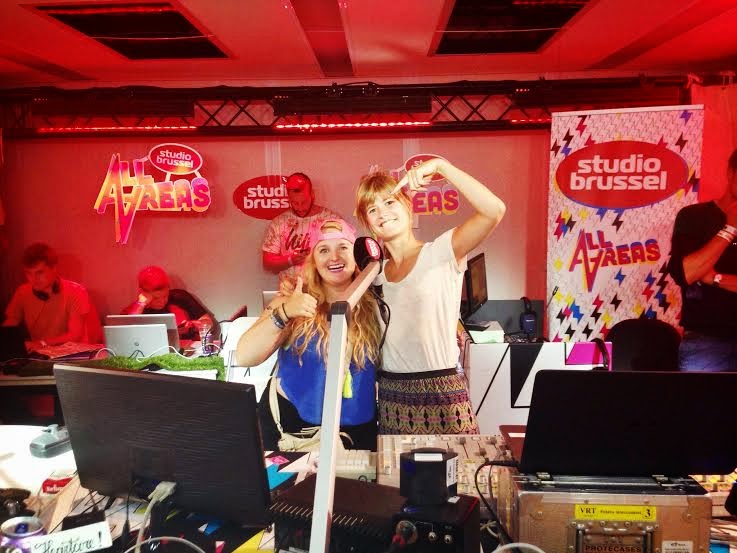 Tomorrowland has basically become my Christmas. I anticipate it and count down the days all year. When it finally arrives I'm always in disbelief that it's actually happened and overwhelmed with joy. When it's over I feel a tinge of sadness but always have next year to look forward to. Instead of dressing in red and green I don my most electric neon. 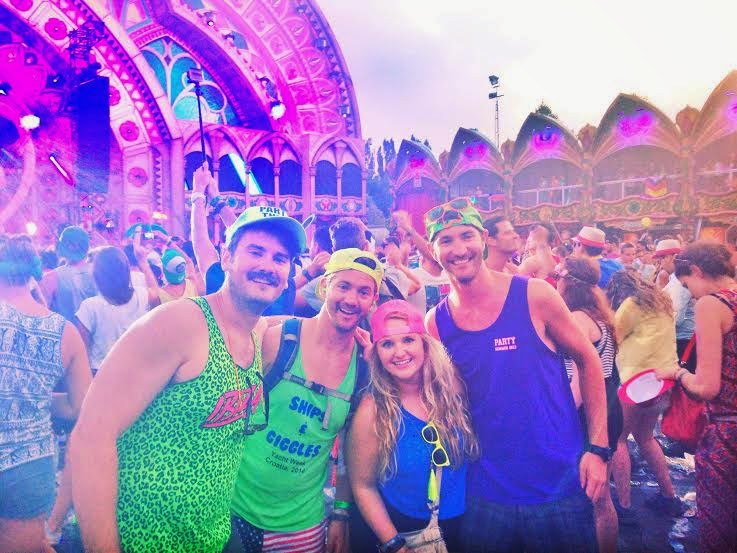 The best thing about it really is the people. Over 200 countries coming together, despite differences, to dance and drink and eat and sing. I get to go every year with my husband. We hold hands, we run around like kids, and we share the common bond of a love for the music. 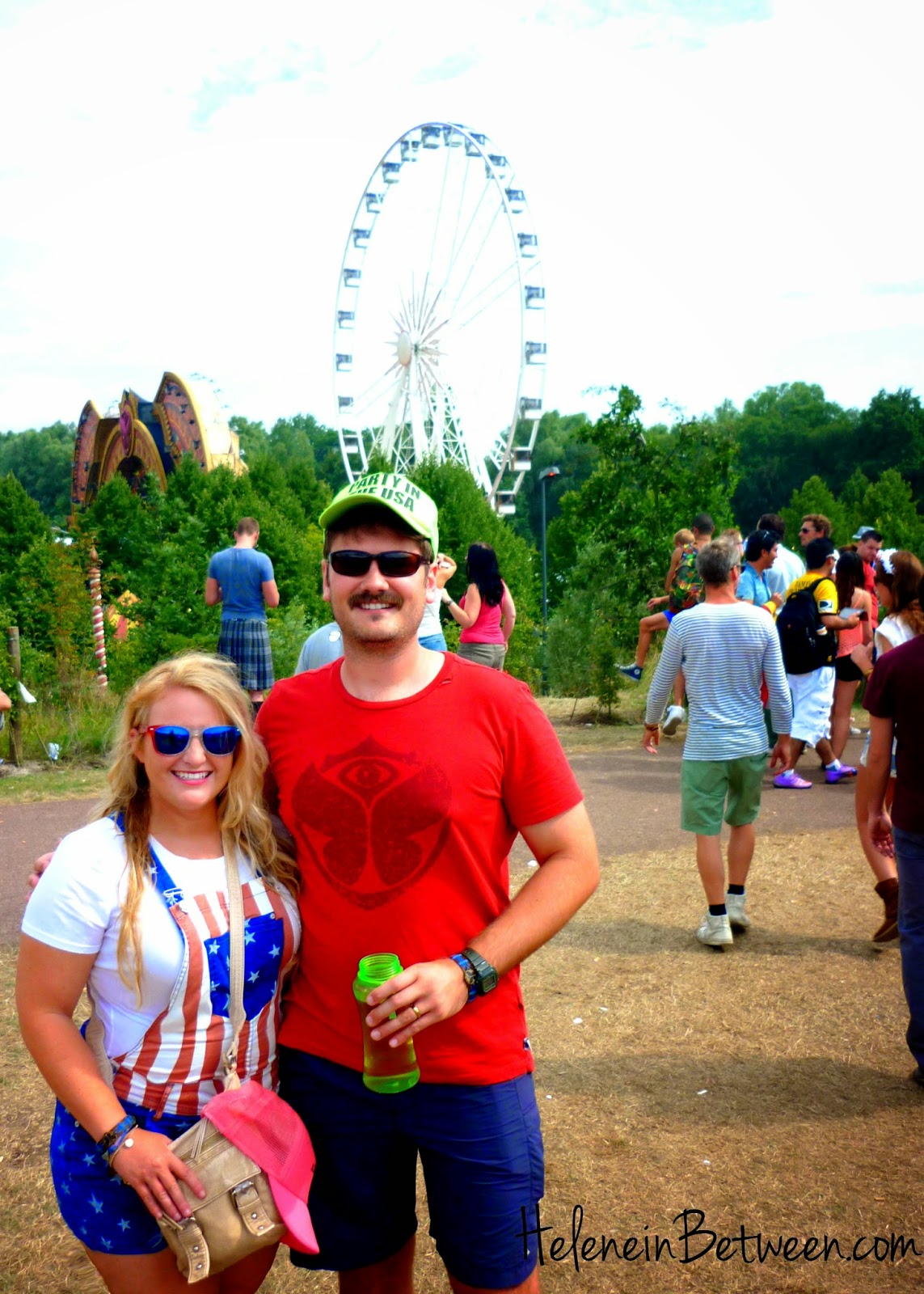 Thanks for 3 years of magical madness Tomorrowland! 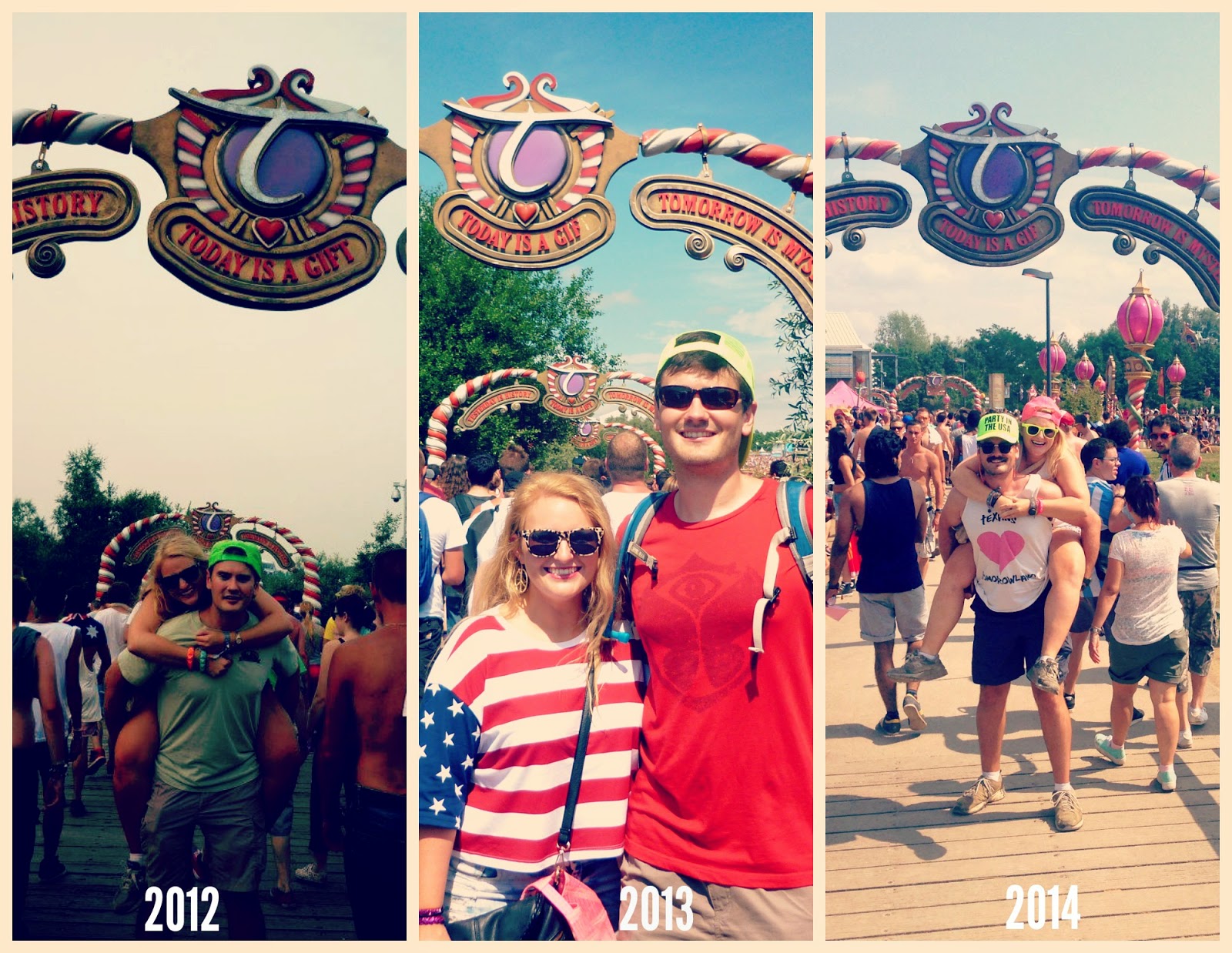 The Best Places to Visit Europe in October