Watch out For Salesmen in Ibiza

Last year I traveled to Spain. I got the idea in my head somewhere that people were tired of hearing about my travels so I stuck my entire week of Spain in one post. I figured you might have missed out on some key stories that happened, one in particular in Ibiza, so I thought, what the heck, I'll bring it up.
Plus I love reminiscing on beautiful places. Especially when the water looks like this. Am I right, Sarah? 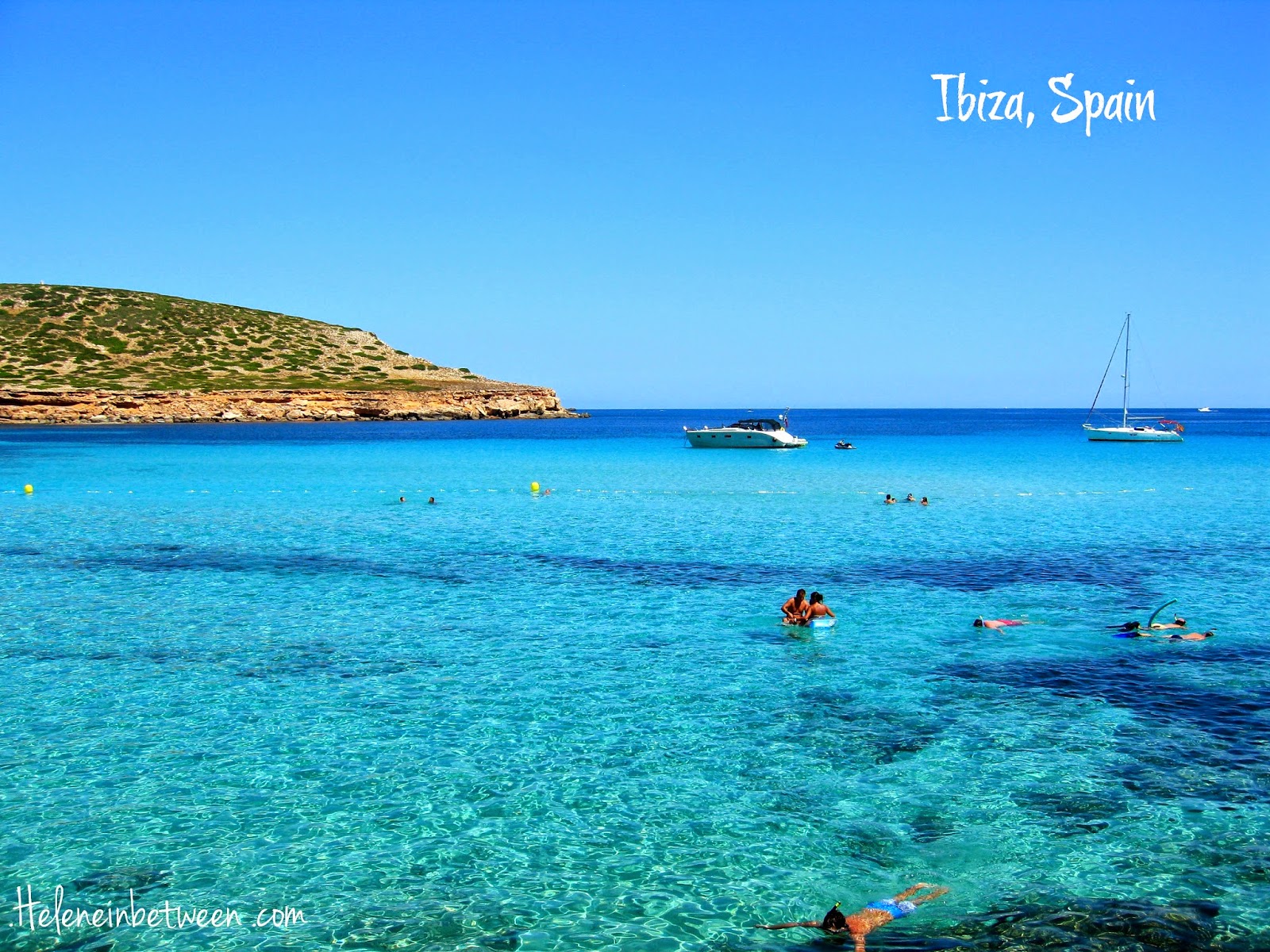 This is a picture I took with my point and shoot camera. Feel free to use as your desktop background…

My husband, Michael, our friend Josh, and of course me, raced through the Barcelona airport, our backpacks bouncing. We got on the wrong damn train and we watched as the airport flashed by. We luckily hailed a cab and made it through the very lax security to get on the tiny plane to the island of Ibiza. Note: It's pronounced Ibitha (like you're saying it with a lisp).

We were a little tired after spending 3 days at a music festival in Belgium and 2 days in Barcelona, but it was time to rally. Ibiza is known for it's club scene and it's beaches and we intended to see both. To be perfectly honest, we hadn't done much research. As soon as we stepped off the plane our jaws dropped. There was a club, in the airport, called “F*** Me I'm Famous”. Yep, we're definitely in Ibiza. 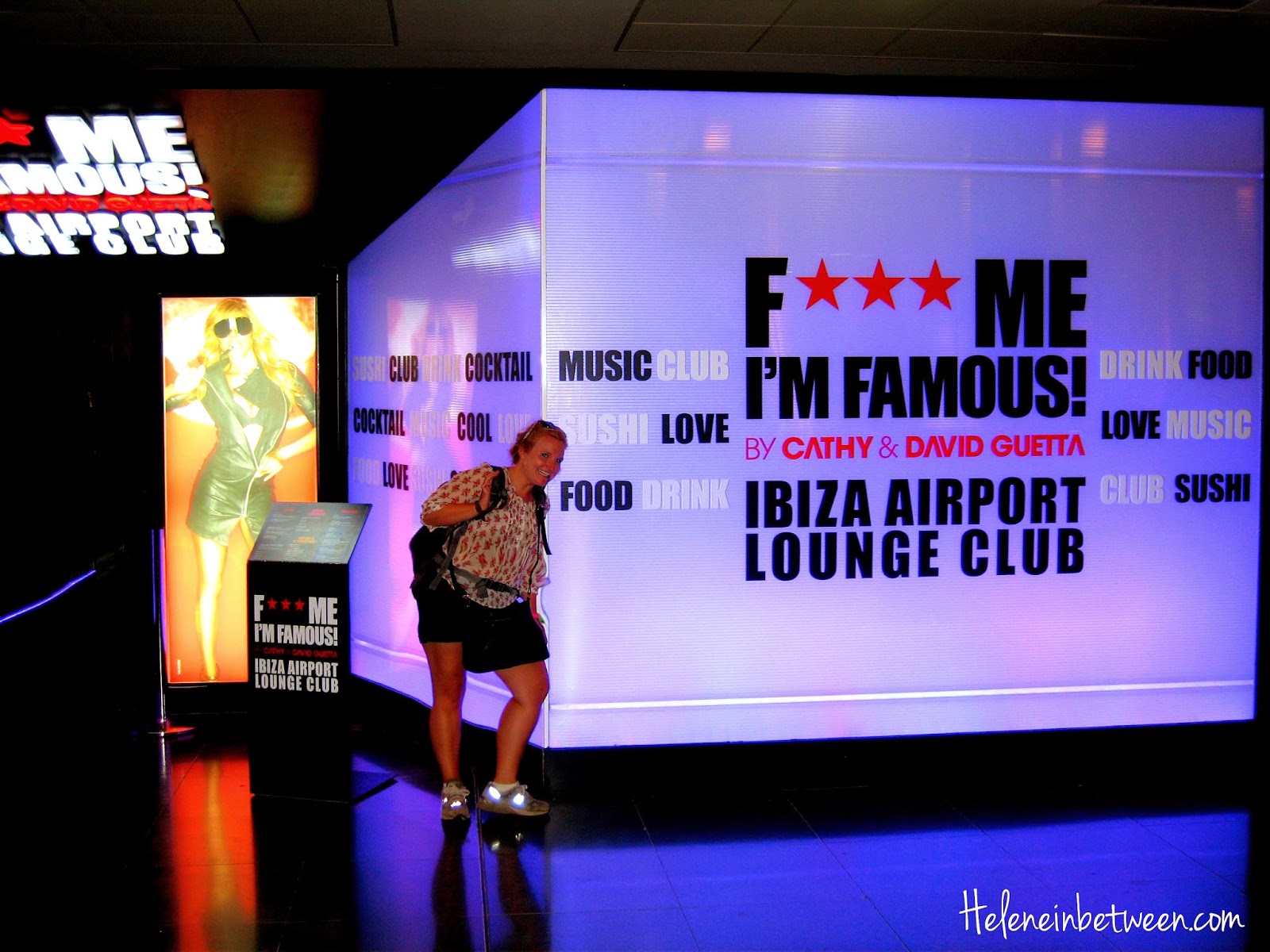 After one drink at the club (we had to) we got on the bus to head out to our hostel in San Antonio. Ibiza is tiny and you can get virtually anywhere via bus. We started debating on which club we should go to “Avicii is playing at Wish.” “Yeah but we just saw him at Tomorrowland.” “Well Guetta is playing at Pacha and Axwell is at Eden.” “This is hard!” In case you're not aware, these are big names.

A kind, Irish guy, around our age, voiced his opinion. “Space is where it's at,” he let us know it was the place to go and that An21 & Max Vangelli were playing. Since he offered advice, we asked him what beaches to go to. As the conversation paced on, we asked how this very pale Irishman got to Ibiza, what did he do here?
“Oh, I'm a salesman.”
We didn't think much of it. He told us the non crowded spots and good places to eat. I thought to myself “Wow, what a cool guy! Just up and leaves Ireland to live in Ibiza.”
My friend Josh, who's not shy in the least, asks, “So, what kind of sales you do?”
“I sell the most popular thing on the island.”
We weren't sure what to say. Michael and I just nodded wide-eyed.
My friend continued, “What's that?”
“Drugs. You interested? You can meet me on the beach in 20.”
We let out a collective “Ohhhhhh.” And then we kindly declined.
“You're missing out.”

So that's what it means to be a salesman in Ibiza.

We got to the hostel and decided to shower. The boys had trouble working the shower head and in order to go to the bathroom you had to leave the door cracked open in order to sit. We ate paella and Michael ordered the largest ice cream sundae on the menu. 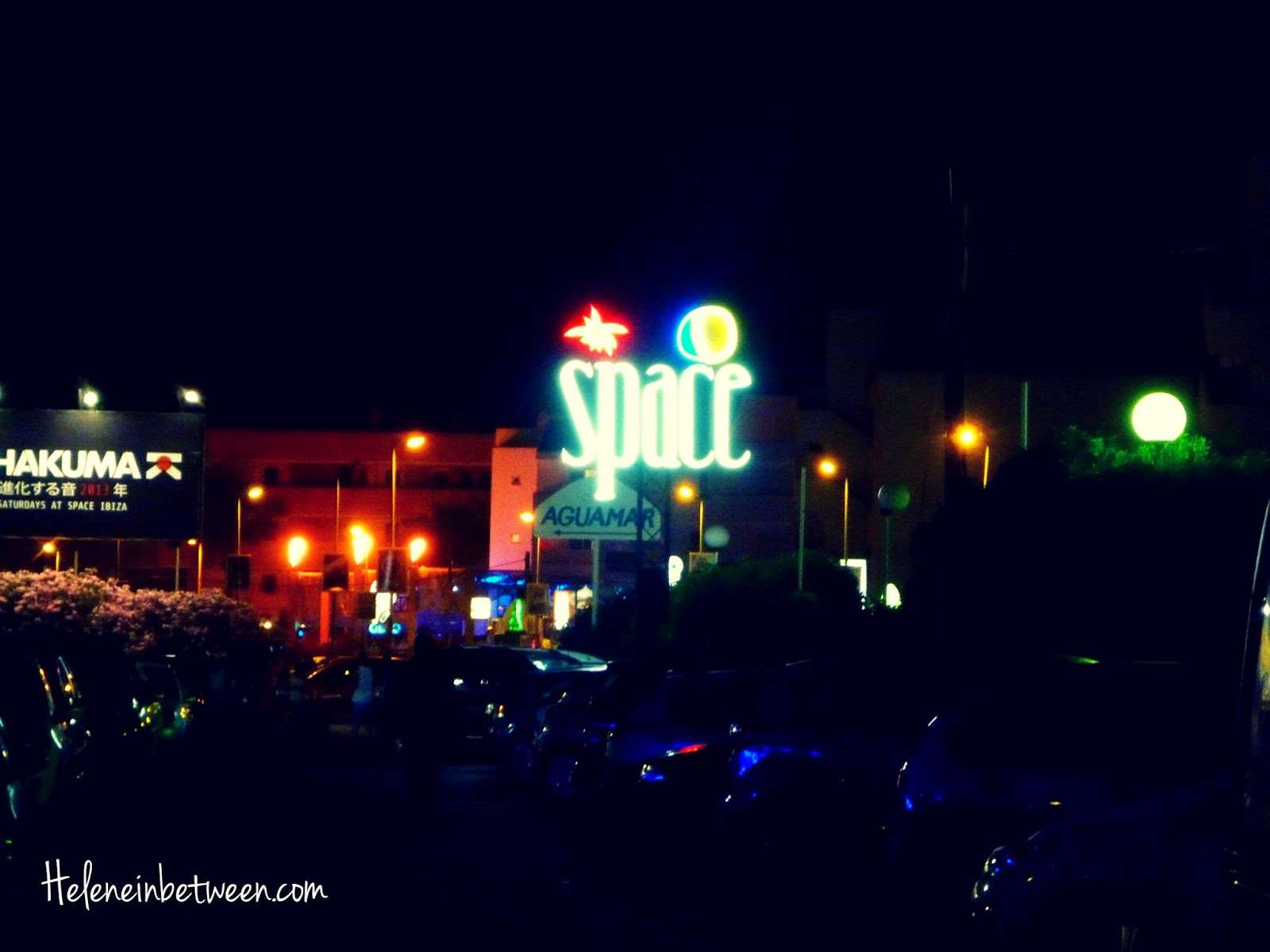 Then it was time to head to Space. I was over excited to see one of the coolest clubs in the entire world! I should remember to lower my expectations. Just always leave them low and then everything is impressive. The club was all smoke and mirrors. Literally. Heavy use of smoke, some neon lights, and girls that danced on the stage. Drinks are $18 so my friend kept drinking half drunk beers from various bar stools and tables. Because we're classy like that. 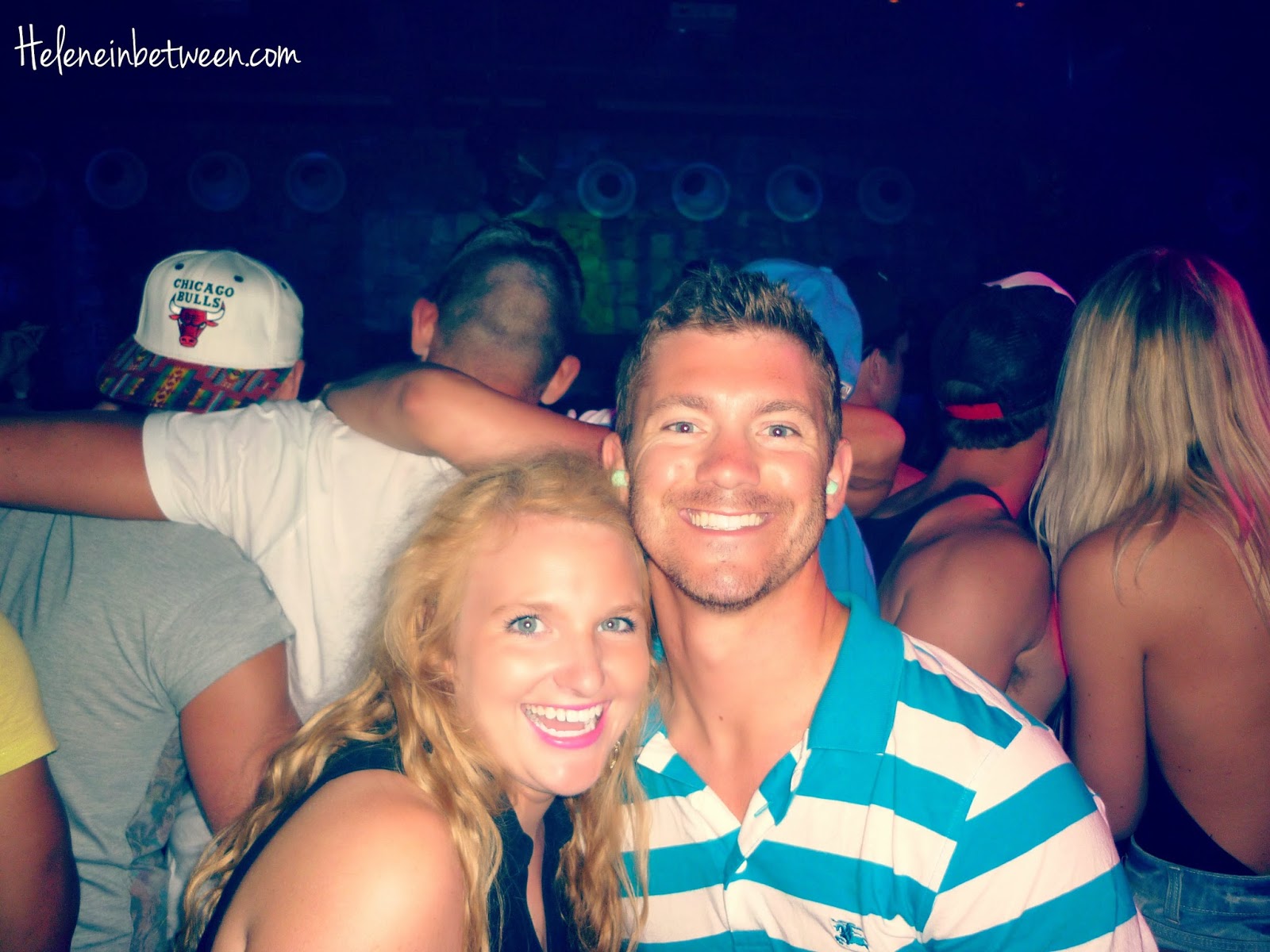 We had a blast, even if we were slightly unimpressed. Our bus ride home I made a friend with a British girl who said, “I mean I make like 30 Euro a day and then spend 15 Euro a night at the clubs so sometimes it can be hard. But I mean, who cares because I party all the time!” She then got in a cursing match with some boisterous drunk boys on the way home from the club. The people watching was stupendous.

The next day we finally hit the beach. The water could only be described as near perfect. Crystal blue with specks of islands and glamorous yachts in our view. Sandy but filled with rocks and ledges used as diving boards. 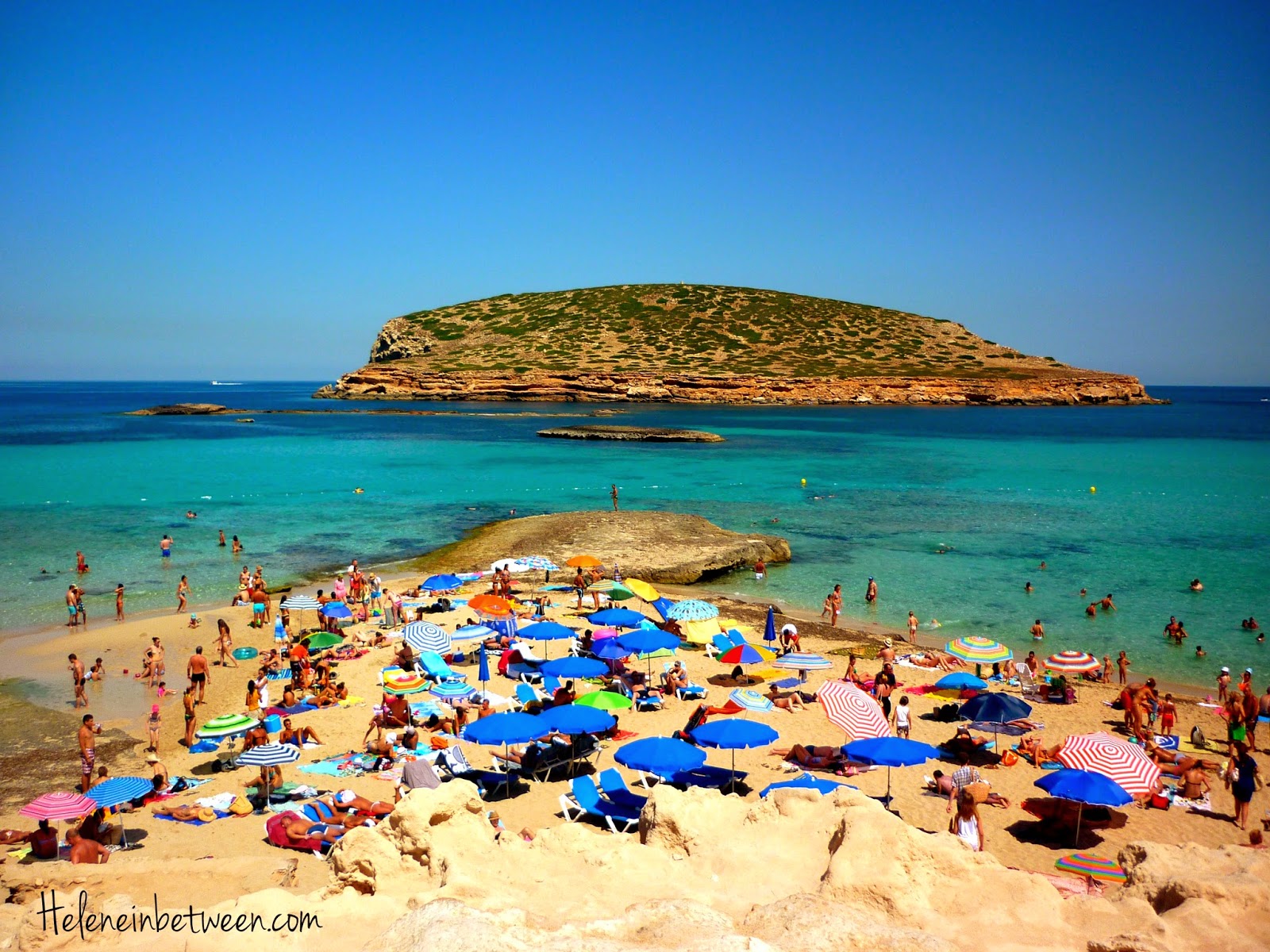 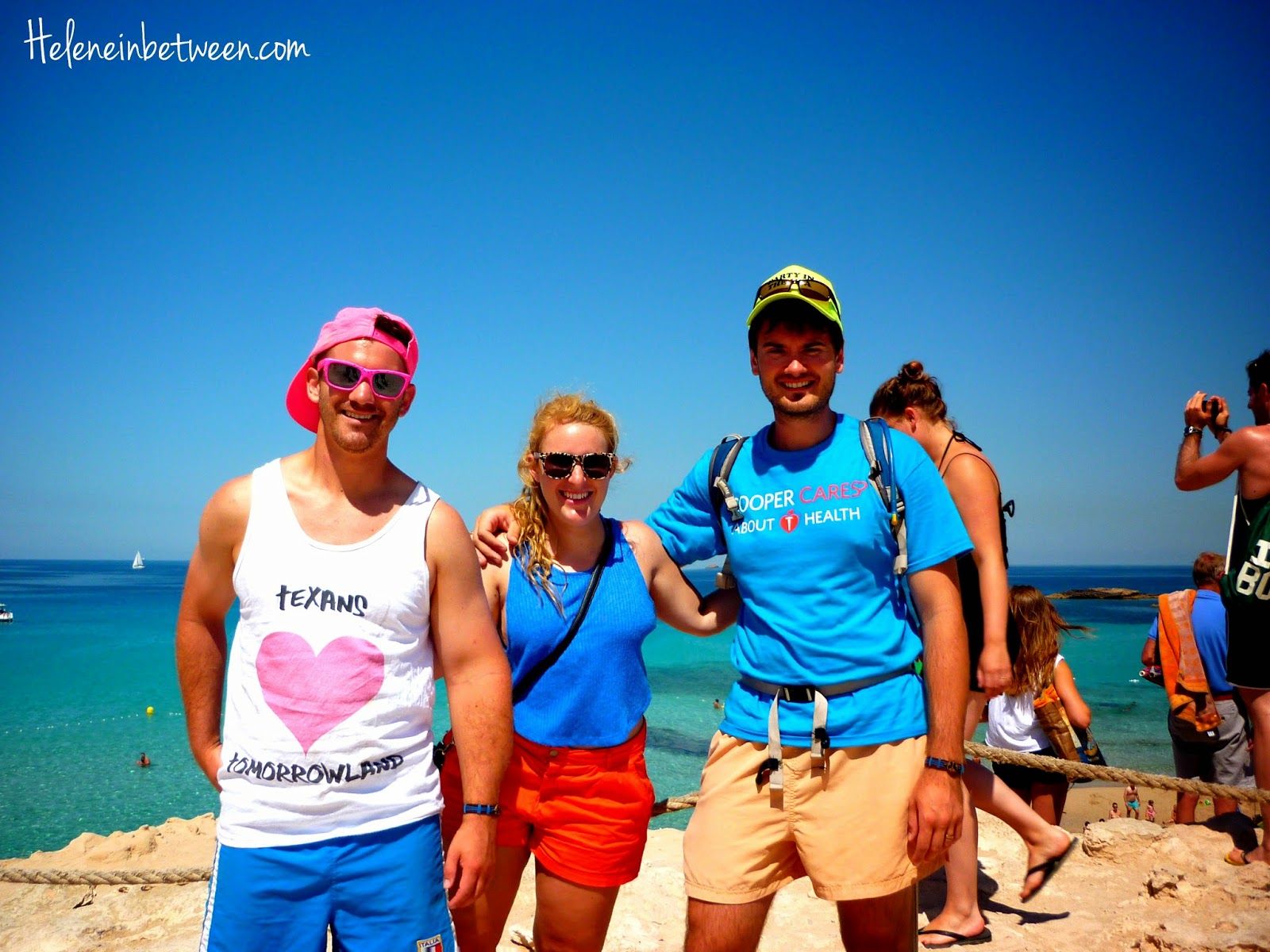 Slightly sun burned and still sandy we left for the airport. Again, scrambling to get to the plane on time to make our way to Madrid. That's the thing about my vacations- they're GOcations.

One more very important thing, happy 60th birthday to my beautiful mother! She taught me to travel and see the world. I intend to do just that. If I can be half as accomplished as her, then I've made it in life. I'm so proud to call you my mom! Here's just some of the things she's taught me in my life. I love you!