That Time I Danced on a Cruise Ship

I just want to state that I become a different person when I'm dancing. Sure, I'm outgoing enough. I'll make conversation with people I don't know. But I can be shy in certain situations. Somehow dancing situations is not one of them.
I remember as a child, my parents would have people over and I'd make everyone sit down and watch me perform. Looking back they probably were worried about the small blonde child that was hungry for attention, but really I just wanted to dance. Couldn't help it. It looks like I've never grown out of that. 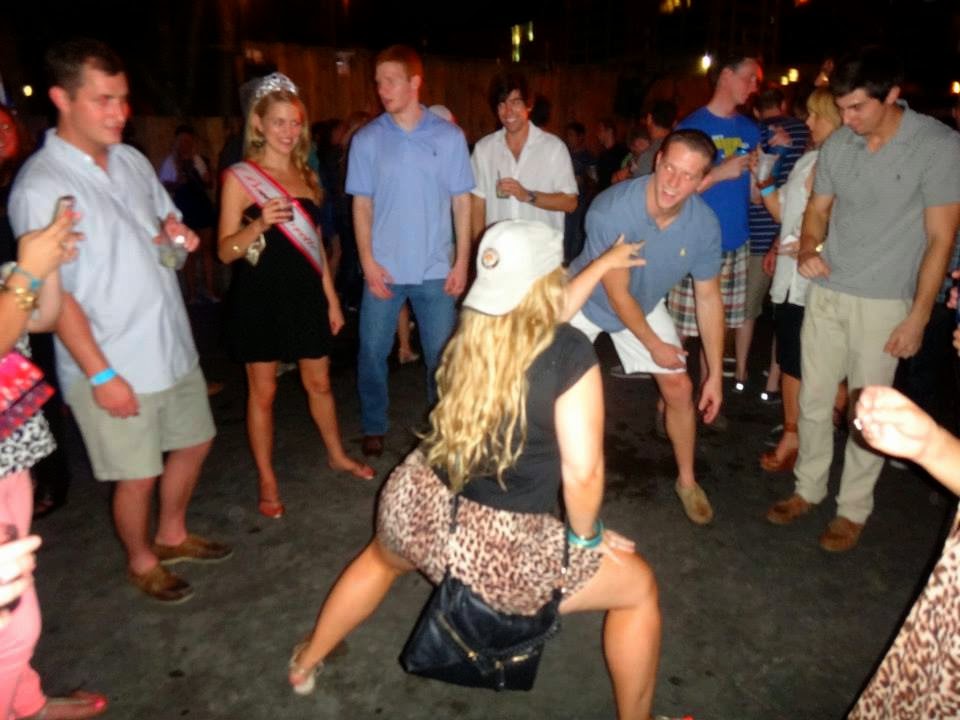 Now, let me set the scene for you. It's 11:30 on on Wednesday, the first night of the cruise. We just left the outdoor party on the deck, where DJ Conrad was at best average, playing Pitbull songs over and over with maybe 20 people dancing.

We head inside to check out Jesters, another bar on the ship, but it's not open yet. As we walk out, wafting in the air is the sounds of hip hop, Webbie's “Independent”. Finally, some real music.

We head that direction and I'm already dancing. We walk in and it's a theater full of people. As I'm dancing the guy on the mic announces us. So then I really start breaking it down. The crowd stars screaming so I'm asked up on stage. Where I go basically insane. People are throwing money and I'm sweating. Why do I do this, I'll never know. But when I'm dancing I become a different person. The MC picks up the money and hands it to me, “See, this is what black people do.” I beckon Michael on stage where he does his white boy dance. We both step off stage high fiving people. End scene. Video to prove it:

Shorter version here (I mean I have to post both):

The rest of the trip, people would stop me and say, “Didn't you dance on stage? Oh yeah, you're the dancer.” We found out later it was part of the Grown and Sexy cruise. And right after I performed Keith Sweat took the stage.
Later in the week they had a Wild Wild West party where Spinderella (of Salt and Pepa) played and we of course, crashed that party as well.

They just knew how to party. Thank you so much for giving me the best cruise story of my life. I want to go on the next one with them.

Basically, if you want to be my friend go out dancing with me and that's pretty much it. We'll figure out the rest later.