The Best Drinking Game Ever

Uncategorized
I didn't make it to Ludacris. On St. Patrick's day (or the weekend before), Dallas hosts a parade and at the end (around 5pm) there's a performer. This year was Ludacris, last year was Snoop Dogg. I didn't make it, again. It could be in part of a little drinking game we played. It's called Death Roll. It's my absolute favorite and so I thought I would share the game with you.
Warning: It gets intense fast.

1. Gather your friends (6+ is a good number, no more than 15) around a table. Preferably outside or a place you don't mind spilling beer everywhere.

2. Set up about 15 or so red cups. Fill up each cup with about two sips worth of beer, and the cup in the middle should be filled to the top with beer. This is the kill cup.

3. Take two empty solo cups and two ping pong balls. You'll all stand around the table and at opposite ends put the empty cups.

4. The game starts by two players with the empty cups bouncing the ball on the table and trying to land it in the cup. Here's where you need to pay attention: If you bounce it into your cup on the first try you can pass your cup to ANYONE around the table. If you get it on the second try you pass it to the person on your right.

5. If the person to your direct left bounces their ball into their cup before you do, then they will swipe your cup to the ground and you have to drink one of the cups from the middle of the table.

6. The object is to get your ball in the cup on the first try so that you can then move your cup to the left of the person that is still trying to get their ball into the cup. That way when they don't get it their cup is swiped and they have to drink.

7. The person who is last to get their ball in the cup when there is the “kill cup” left has to drink the whole beer. Insanity ensues.

People are literally jumping up and down and grown men are screaming. It's the best drinking game of all time. 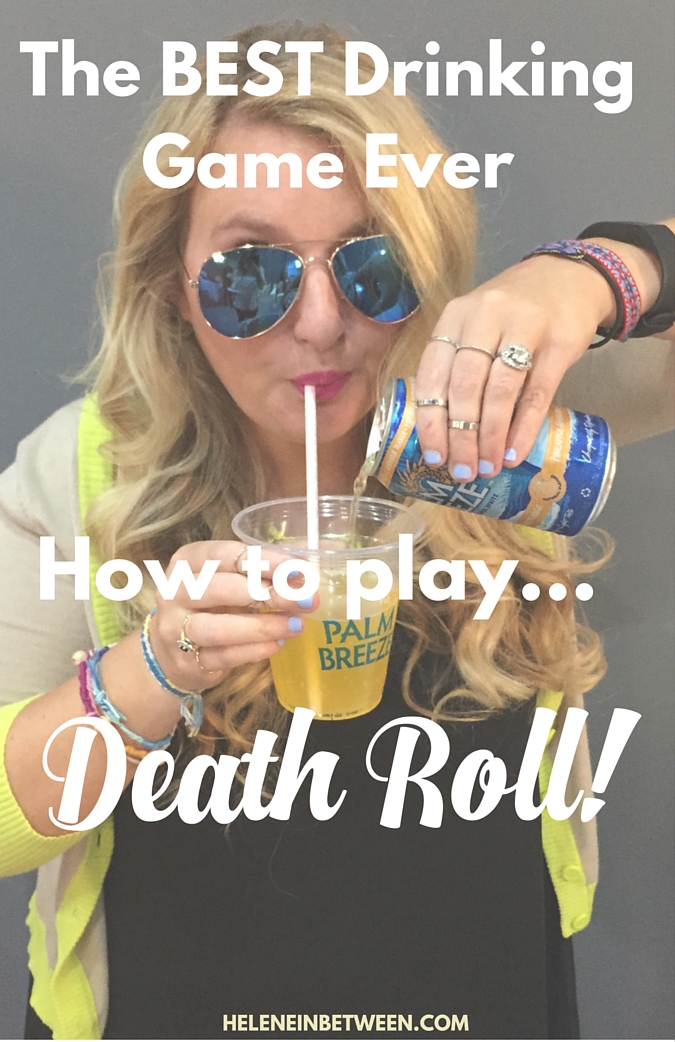 25 Photos That Will Inspire You to Spend Christmas in Europe How to Get SUPER Long Eyelashes + Girly-Girl Christmas Gifts