This past weekend I went to see a DJ, Sound Remedy, at one of my all time favorite places in Dallas, The Lizard Lounge. The place holds like 200 people and they get big names all the time: Deadmau5, Kaskade, Cazzette, etc. I say this place is my favorite but this weekend was a different story.
We went over to my friends house before to have a few beverages and then made our way up to the Lounge. The line wasn't too long at midnight, but I was ready to get inside to hear some music. In front of us, in the line. was a barely legal 18 year old girl and her boyfriend, who would later ask my friend to buy them drinks (the place is 18 and up, unfortunately.) 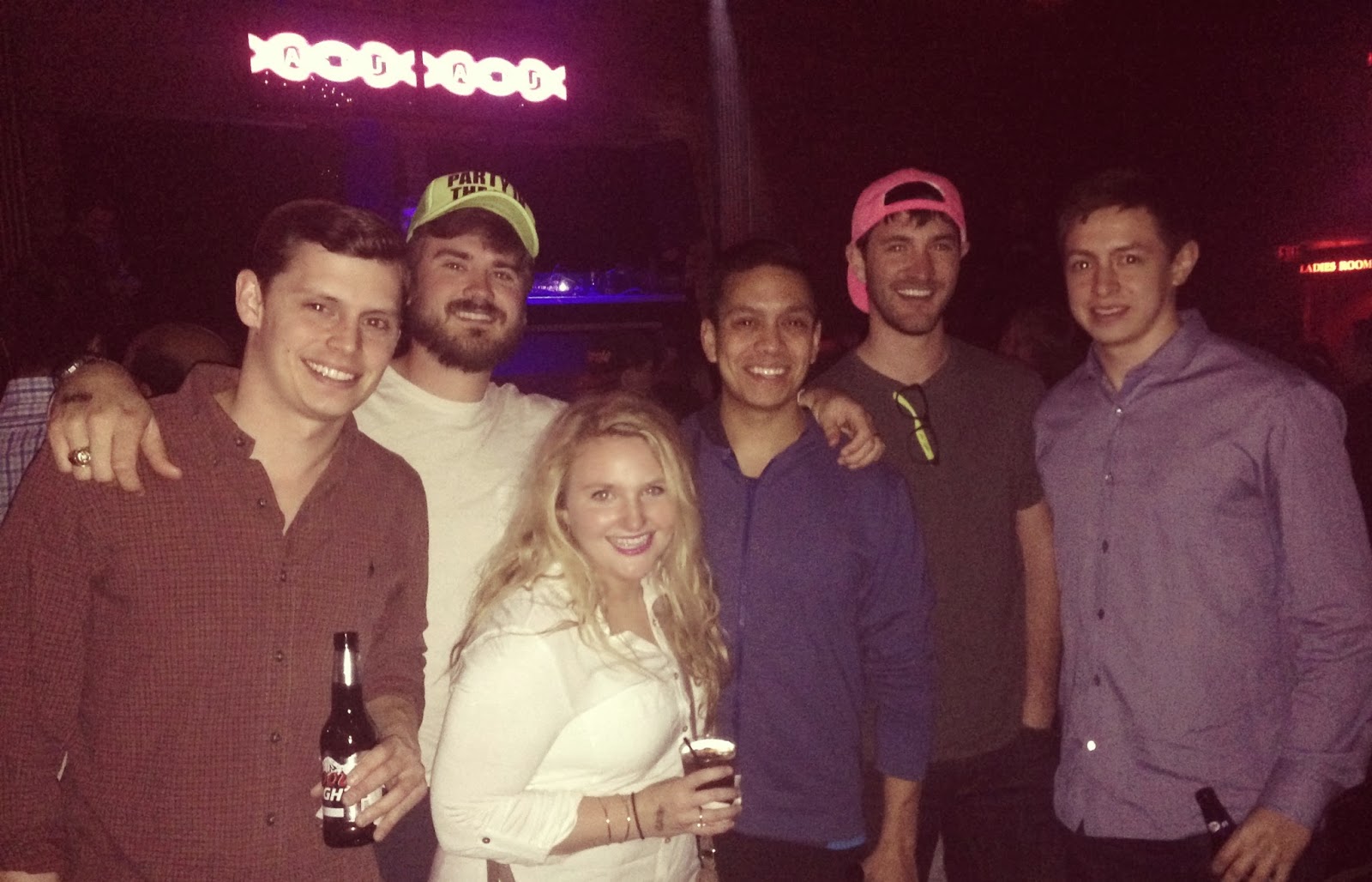 Behind us, was a lady that must have been 6'5″, wearing heels that made her tower over her two guy friends. One of which was so tipsy he could barely stand up to get inside. As we made our way up to the front to the bouncer to hand him our IDs, he puts his hand on Michael's chest and yells, “You need a shirt to get in here.”
“What??” He questioned, “This is a shirt.” Michael had on his “Texans Heart Tomorrowland” tank top. Which apparently was not Lizard Lounge appropriate. This isn't some nice place, mind you. This is an 18 year old and up club with sticky bar floors and toilets that are missing the seats.
We rushed back to the car, luckily I had my long sleeve white t-shirt on me “Kiss a Kappa” that he was able to put on, even if his midriff showed a little.
Once we got in, I was in my happy place. Marcus Pluto started it off playing jam after jam. Then Sound Remedy hit the DJ booth. He was excellent live. I love it when a DJ gets as into the music as his audience. Bringing his hands up in the air and handing us the beats like he's preaching a sermon. The night was near perfect. 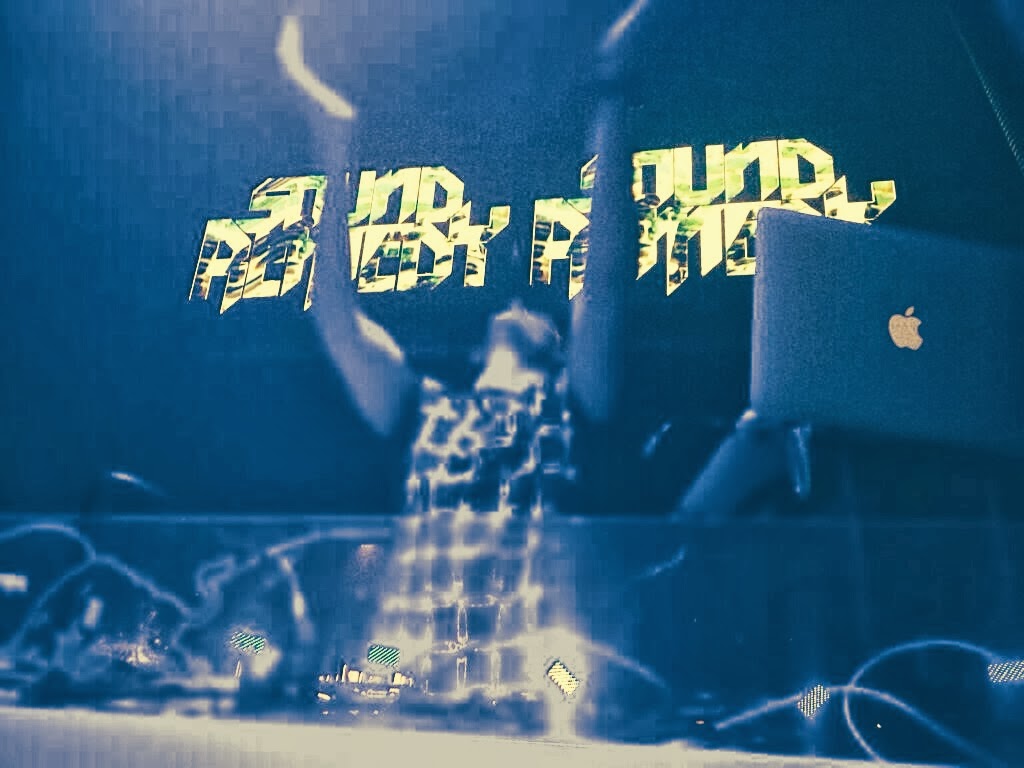 But then, around 2:40 am (the Lizard Lounge is open until 4 am) we are nearing the end of Sound Remedy's set and a group of people come in that want to be heard. One is wearing a shark costume. A shark costume, yet Michael can't get in with a tank top on. They're all wearing “Holy Ship” memorabilia of some sort (Holy Ship is a 4 day music festival that takes place on a cruise ship- it's on my festival bucket list.) Apparently this is their reunion since the cruise. One guy has a megaphone and he's banging on it with a metal spoon.
It's loud and obnoxious and disruptive of the music. Michael asks the bouncer to tell the guy to cut it out. He responds with, “We can't do that sir.” After abut 15 minutes of banging, Sound Remedy finally tells him to shut the hell up. The crowd roared in agreement. 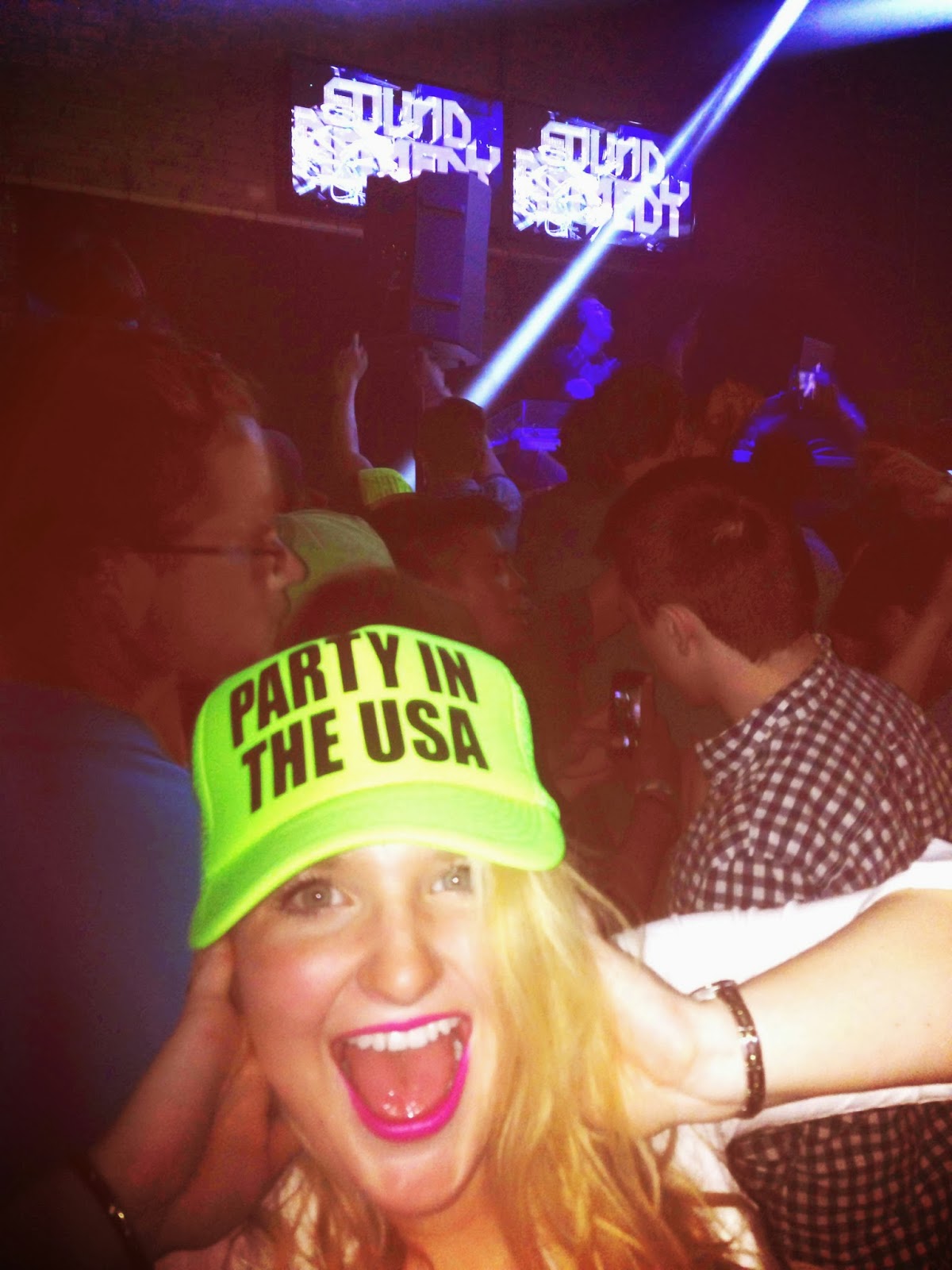 When we left, I was annoyed. Yes, it was past 3 in the morning but my liquid courage got the best of me. I asked the woman at the front who looked somewhat in charge, “So let me get this straight, you don't allow someone to wear a tank top, but you do allow shark suits and people with megaphones to enter?”
“Yes. It's our policy and I don't know what you mean about the megaphone, nor do I care.” She just had this look on her face like I was disposable. I was getting madder.
I guess I was feeling really brave, not sure where this came from, but it happened: “Look, I am writer for the Dallas area (I know, eye roll…) and I have been coming to The Lizard Lounge for years. I'm very frustrated with the experience tonight.”
She started, “Well I don't really care.”
I shrugged my shoulders and started to walk off. But then I turned around, “I guess in life you have to pick your poison. You didn't pick well.”
And then walked away.
I still don't really know what I meant by that.