This is probably the most excited I've ever been to hit publish on a post. I'm like a giddy school girl, and today I have reason to be. Music is something that has transformed my life. I schedule just about everything around it: who I will see next, which festival to go to, which podcast to listen to. Now, I am lucky enough to actually interview an act that has since left a mark on my life and given me reason to be a complete maniac when their music hits my ears. On the blog I have an exclusive interview with Mako. 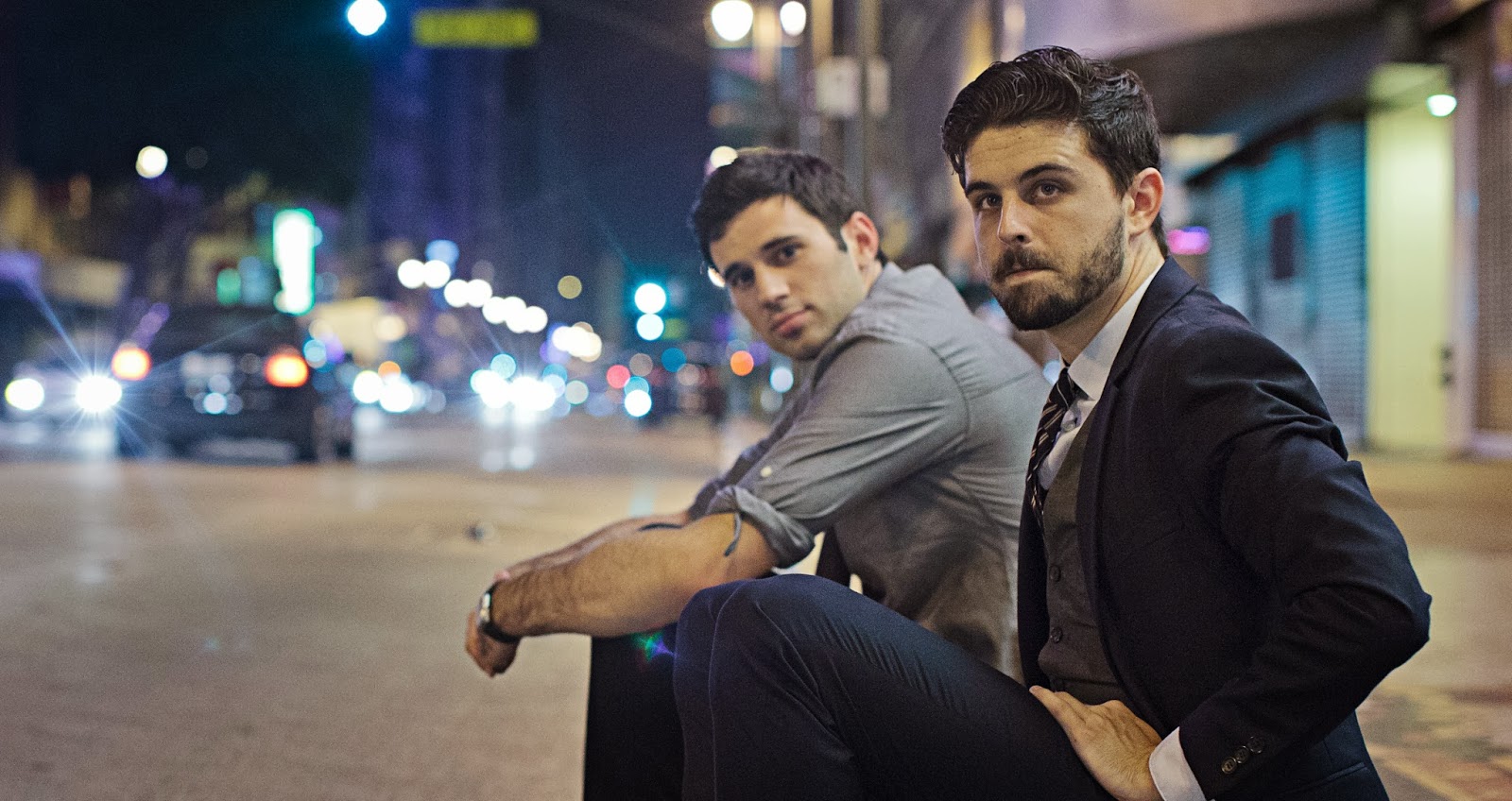 You have probably heard their track “Beam” on the radio, but if not feel free to listen. Or just jam out while you read this. That is highly encouraged.

Mako is made up of Alex Seaver and Logan Light. The duo came together in an unlikely way, Alex studied at Julliard while Logan was a regular DJ in the clubs, opening up for Tiesto and Avicii. Their Dad's were college roommates back in the day and they were eventually introduced. Soon after, Logan invited Alex to Electric Daisy Carnival in Vegas, in 2011, and the rest is music making history.

Being the hard hitting journalist that I am, I asked the tough questions. Like who would win in an arm wrestling match and more. Some of their answers are pretty funny and insightful into the world of EDM and the music industry itself.


A: So far, for me it was a paint party in Arizona a year ago, unforgettable having several thousand people react to your music like that crowd did!
L: I had a blast playing at Hakkasan in Vegas on my birthday a few weeks back. A ton of family and friends came out and surprise me and it was a surreal night.

H: Who do you look up to in the music industry?

A: There are so many innovative and inspiring people we've discovered from artists to business people. This might be a strange answer, but I try to just observe everything that goes on without any personal judgement – sometimes there is as much to learn from the people who make moves you specifically wouldn't want to follow after as much as the ones you aspire to join ranks with.
L: For me there are really two people who keep pushing the industry forward both musically and from a business perspective, Radiohead and Daft Punk. Their creativity and attention to detail from the music, to their staging, to the way they present themselves provides a constant reminder of what's so great about the business.
H: Who's your favorite Swedish House Mafia member Axwell, Angello or Ingrosso?

A: God I love this trio. Hands down will have to go with Steve Angello, he's the only one we've met, and has been such a kind friend and brief mentor for us over the past few months. There's more to say about work with him, but we need to keep quiet about it for a little while longer =)
L: Steve was my favorite at first and what helped push me into this kinda music, and hey we worked with him! He's the man.

H: Who would you like to work with in the future?

A: We've been talking about this between ourselves for a little while now, and its kind of an open ended answer. There are almost no criteria to get in studio from a genre perspective, we would just love to work with people that inspire us and that we feel we could help offer a voice to.
L: Really anyone whose open to pushing the creativity boundaries forward.

H: What's the best advice you've been given about the music industry?


A: This isn't really music-specific. But I was once told a two-part rule that I've never forgotten. To work your hardest when no one is watching, and to be nice to everyone you come in contact with.
L: Not really sure how to sum it up, but have faith in the process. 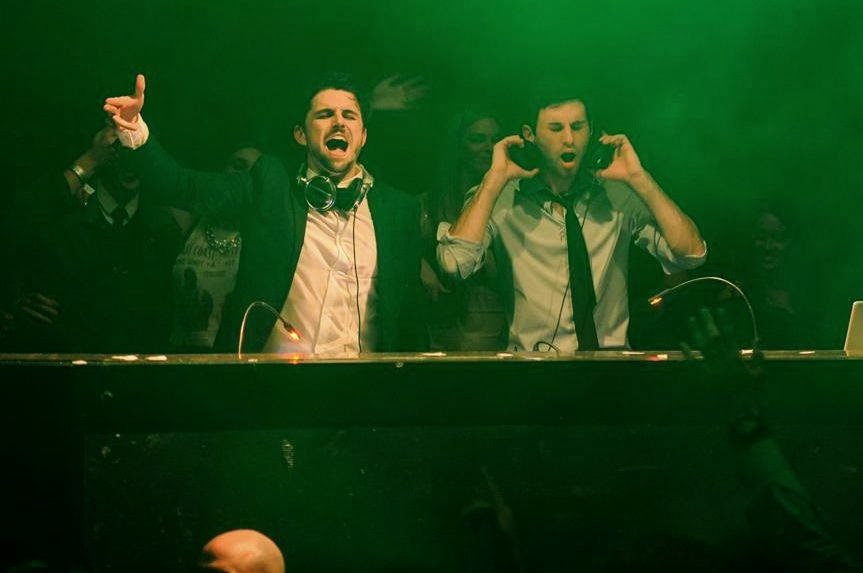 H: What do you think about dance music being in the main stream?


A: As kind of a newcomer to dance music (within the last 3 years), I'm really excited about it. The only world I was ever familiar with until that point was classical music, and the transition from once performing more on the side of revered historical works – to music that makes young people lose composure is still an experience that I haven't gotten over
L: I'm happy for everyone involved in the business. Its nice to see everyone get some credit for all the hard work and creative music they were making for so many years. Obviously when things go mainstream they get diluted a bit, but I have faith the fans can sort through it and find the more creative and interesting music.

H: Who would win in an arm wrestling competition: Hardwell or Porter Robinson?


A: Not many people know this about Hardwell, but he's actually a 4-time consecutive gold winner in the junior league arm wrestling Olympics within his home town in Holland (just made that up).
L: Gotta go with Team USA, Porter.

H: Who was your celebrity crush in high school?

H: Logan, do you hold it over Alex's head that you introduced him to “the scene”?


L: Haha, no never. Its funny to me when he doesn't recognize music that I would consider “classic” within the world and we joke about that. But then he'll whip out some sort of symphony that I'm clueless too. Having two different realms of musical background knowledge is not only nice while making music but also when talking and joking about it.

H: Alex, you studied at Julliard, were those close to you surprised at your move into the EDM world?


A: To be seriously honest, I don't really talk about what I'm up to with most of my classical friends haha. I think when you grow up as a kid in public school playing the french horn, you just embrace the idea that none of your friends are going to have a clue what the hell that is or what you do with it, and I never really wanted to force them to listen to me explain it. I guess its a similar phenomenon since I graduated. From a classical music perspective looking into EDM – I have no idea if this stuff looks silly, lame, cool – but I just know that I truly enjoy it and I guess that's enough.

H: How do you get in the mood to go out in front of a crowd?


A: Little known fact, our rider specifically requests rose petals be laid down from the green room to the DJ booth. Makes all the difference

H: What do you dislike about the EDM scene?


A: There is a surprising amount of negativity projected from both fans and artists on a regular basis. Threads and comments get hostile so quickly, I'm not really used to this kind of discourse in music, its rare that anyone took an angle in classical music like “Pictures At An Exhibition was obviously ghost produced by Mussorgsky I can't believe Maurice Ravel takes credit for that shit” so I'm just a little unfamiliar with the protocol, makes me feel a little like were walking on eggshells with whatever we want to do. I also realize its kind of hypocritical to say that ‘negativity' is a thing I dislike about EDM haha.

H: What would you like to be doing in the next 5+ years?


A: Would love to have tons of music released, really be exploring full orchestra and electronics in a live setting, and working with/writing for all kinds of artists (and perhaps score a film!)

H: Where can we find you next?


We're very excited to be playing at the Mid in Chicago on February 20th!

Bottom line: I could live off of Diet Coke, sunshine, and Mako's music. I'm sure we are going to be seeing a lot more of Mako in the future (for starters, Coachella!). Keep your eyes out for them! And here's one more track to leave you with, and you can download it for free: