Music That Moves You: An Exclusive Interview with Mako

There are a few things in life that make me happier than an outdoor music. People of all shapes and sizes, races and colors, crammed into one space to celebrate a common love: music. This weekend I put on my green neon hat, enough rings and bracelets for about 10 people (Michael has deemed me a #hipstergypsy) and made my way to the Cotton Bowl for the inaugural “Something Wonderful” in Dallas. 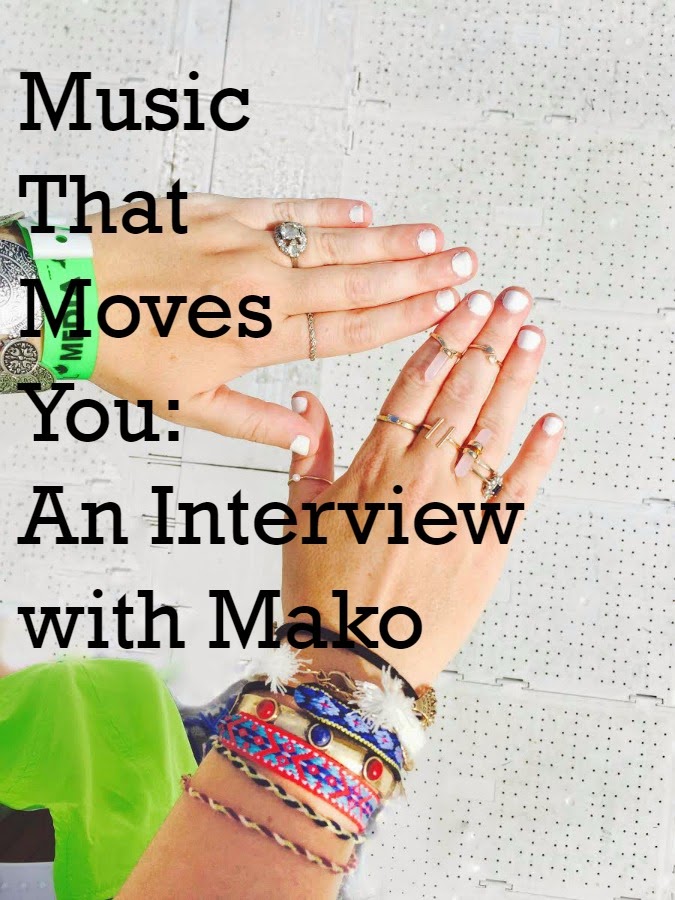 Through the years, music festivals have merged into something different for me. It's not just about having fun and dancing around, although that's part of it. But it's also listening to the music through different ears and eyes in this unique setting, finding new acts to appreciate, and watching the DJs layer sounds and moods to create an epic experience for the audience.
I'm not a DJ, but I very much appreciate their craft. Electronic music is feel good music, at least to me. I've always been inspired by music, but it wasn't until starting this blog that I've gotten up close and personal with some of the acts that I love. One, in particular, is Mako.

You might remember that I interviewed Alex and Logan (the two members of Mako) a year and a half ago when their song “Beam” was first making waves on the radio. I heard it on Sirius XM and immediately looked them up, followed them on every social media outlet they were a part of, and wrote to them, asking if they would be interested in an interview. 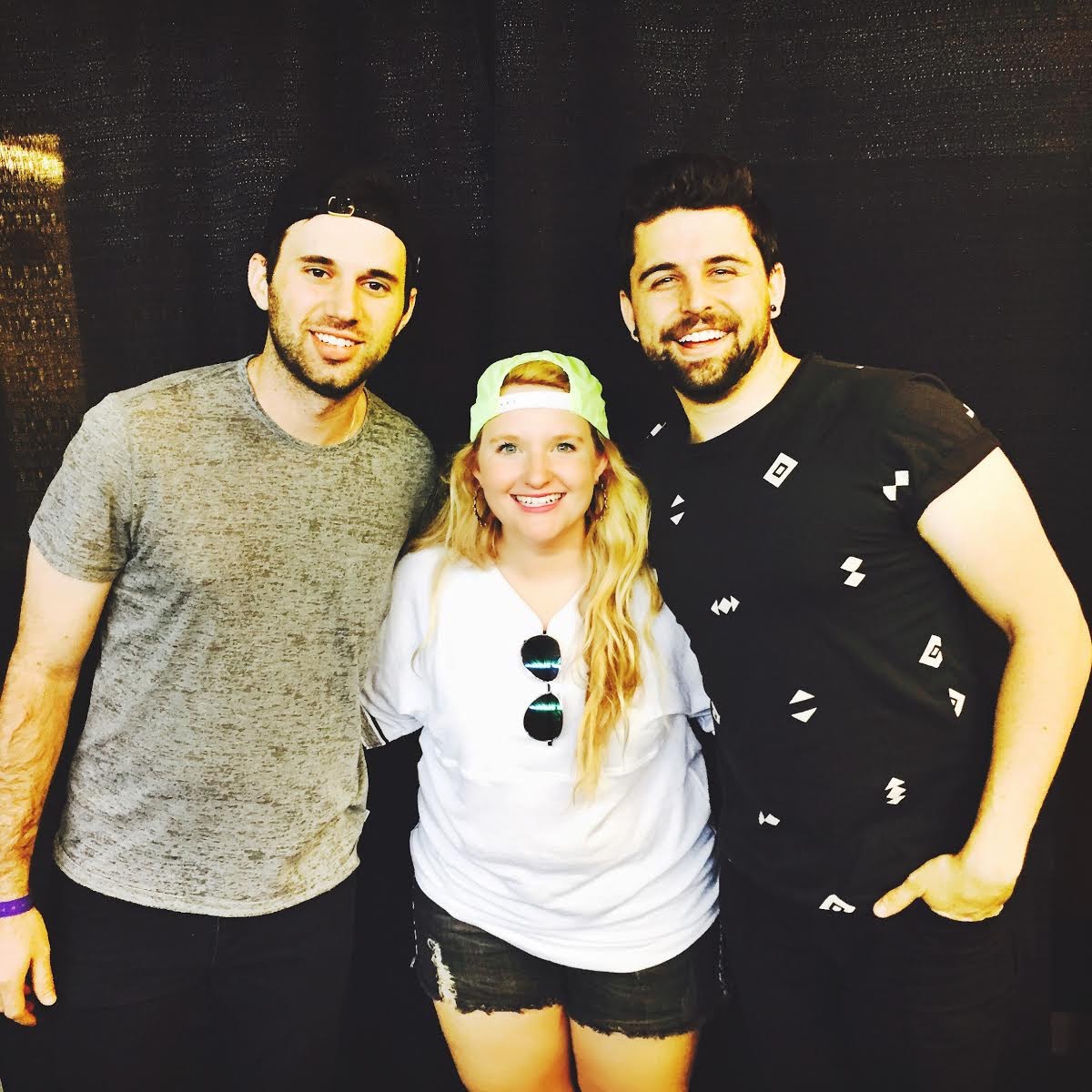 How cute are they?

They obliged. Now, they've been blowing up. With collaborations with huge names like Avicii and Steve Angello, and creating songs that have millions of plays on Spotify and top spots on the radio.
This time around, I got to meet the guys face to face and get to know them, and their music, on a more personal level.

Since they were in Texas, I asked if they got to spend any time doing anything Texas-y. Logan spent some time fishing (his first time ever!) but they are jet setting, touring across the country, and only in Dallas for the day.
No fish were caught, in case you're wondering.

Their new song “I Won't Let You Walk Away” a fantastic track with vocals by Madison Beer. Here's a listen to the track:

They just heard it in Miami, on the radio, and were thrilled. They tried to bum a ride from the cab driver, letting him know they had the artist in the back of the car. They had to pay. But who cares, their songs are blowing up everywhere. And you can imagine why. Alex's background is in classical (he went to Julliard) and with Logan's knowledge of EDM, the two combined make an eclectic and epic sound.

Since traveling around the world, I asked them their travel secrets. Alex responded with, “Documentaries. I've been on a Roosevelt binge recently. It's a way to look forward to something on flights.” The party life!

I asked about their unique sound and Alex gave the perfect answer: “I'm concerned that it sounds very unique or at least when you hear a song, you think, ‘that's a Mako song.' I think we're still foraging that. We add in orchestral remixes and Logan has been into Indie rock for a long time.”

With Alex's Julliard background, I had to ask, is it really like the movie Whiplash? “In some ways yes, it can be very intense.” I asked if others are now moving into EDM since their breakthrough, “Yes, although most come up through dance music and electronic music.”

Will you stick with this genre? Logan piped in, “We just want to put out songs we like. Some of the things we have lined up certainly do, some are completely out of this realm.” I referenced Avicii, since he came out with a totally different sound. Alex worked on the Avicii album, “I think if you really truly believe and love what you're doing, and putting out what you consider your best work, I've discovered that everyone will get it. Audiences are so intuitive they will know when they hear something authentic.”

I always want to know, what's the coolest thing that's happened to you so far? Logan glanced to his former nanny, sitting in the blue plush couches behind us. “I think playing at Coachella. I went there growing up with my nanny (he points to her) it was a cool, full circle experience.”
Alex followed up with, “I think my collaborations with Steve Angello. These are the guys that courted me into dance music.” I asked if they were welcoming. Their answer? Absolutely. “They have a desire to bring in new people and go to the next level.”

My last question: you're a duo, how do you play off your strengths? They're very different. They have different roles and different personalities that balance each other out.  “It's a very smooth operation,” Alex says.

On stage the guys are animated and draw in the crowd. You
can spot Alex sometimes wandering to the keyboard and playing along as
Logan man's the DJ table. They'll mouth the lyrics and jam out. They build and jump along, giving the crowd energy. Some people have stage presence and some don't. They definitely have it. 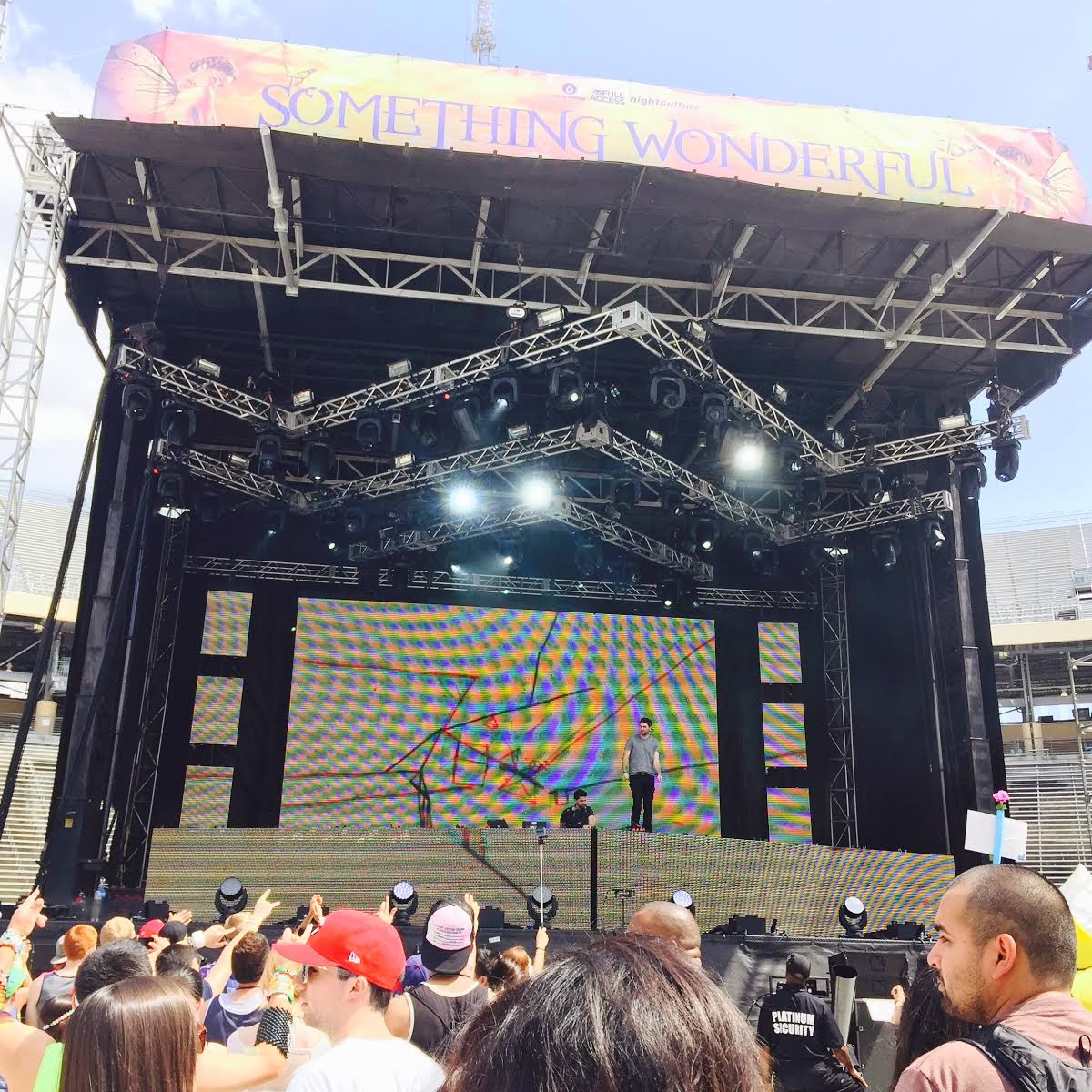 Thank you Alex and Logan, for being so awesome. Some of the most down to
earth, interesting, and mind-blowingly talented guys in the industry. Can't wait to see what happens next with Mako. I'll definitely be following along. Now, you just need to learn how to fish.