In my opinion, social media is getting a little out of control. You don't always need to tweet, instagram, pin or in this case, update your Facebook status. But this new app says you do. It's called “What would you say” and was created by some Princeton Graduate students to generate a status update for you.

Basically, this creepy little app looks through your old status updates and predicts a clever saying.
I think mine would say something like “Bands Will Make Her Electronic Dance.” Click here to get a status made. If you dare.

We don't always need to tell everyone what's going on. That's why I can find 10 Things That Are More Important than an app that predicts your status. (Wow, that was a mouthful- and don't make that my status.) 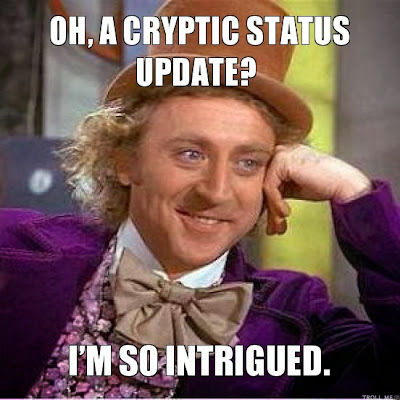 1. Speaking of someone that needs to update his Facebook status, Ryan Ferguson was released from jail after his case was dismissed. He was locked up for 10 years and claims he's completely innocent. Sounds like he needs a trip to Disney World.

2. Michael actually sent me this, there was a study done that the key to a good relationship is how fast the wife can get over an argument. Maybe it was a hint for me? The study was conducted for 13 years analyzing, and when the wives calm down quickly the couple was essentially happier. Just thinking about this is making me mad so sounds like Michael needs to find another study.

4. Twitter basically exploded when photos surfaced of Kate Middleton twirling her hair. You know what happens when I twirl my hair? Nothing, because I'm not a peasant. Clearly, just kidding, I love Kate Middleton like any good American or European. 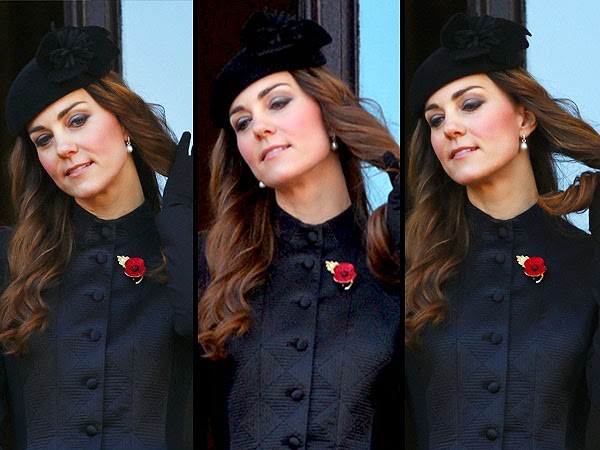 5. Angelina Jolie will play Maleficent in Disney's movie about the origin of Sleeping Beauty. I am so excited. No really, Disney movies are my favorite. And Angie is the perfect villain. Yes, I'm still upset of Jennifer Aniston and Brad Pitt.

6. Unfortunately, Black Friday is approaching. Walmart (aka the ruin-er of holidays) has announced that Black Friday will start at 6 p.m. on Thanksgiving day. In case you're wondering, that's Thursday, not Friday. So eat up, because those that are brave enough need to forget their tryptophan induced comas and head for the crowds and crazies on a holiday we are supposed to be celebrating family and gluttony.

7. If you're in Hawaii on December 2nd you might be lucky enough to see some weddings on the beach. And not just any weddings, but gay weddings. The governor signed the Marriage Equality Bill to make Hawaii the 15th state to join the 21st century. How are we only on state 15? I know we can do it, only 35 states to go!

8. In non shocking news: Courtney Stodden divorced with husband Doug Hutchinson after being together for 3 years. They were married when she was 16 and he was 51. BRB gonna go throw up.

9. Snapchat turned down a $3 billion (yep that's with a B) deal from Facebook. Even though the company has yet to make any money. They're better than I am, because that deal would have been signed seal and delivered faster than I would have sent my friends a Snapchat selfie of me freaking out.

10. The show doesn't air until December 10th (yes, I'm counting down the days) but the Victoria's Secret Fashion show was recorded last night. The headliner for the show was Taylor Swift who performed while near perfect looking people walked the stage. Thank God it's not swimsuit season. But sweatshirt season. 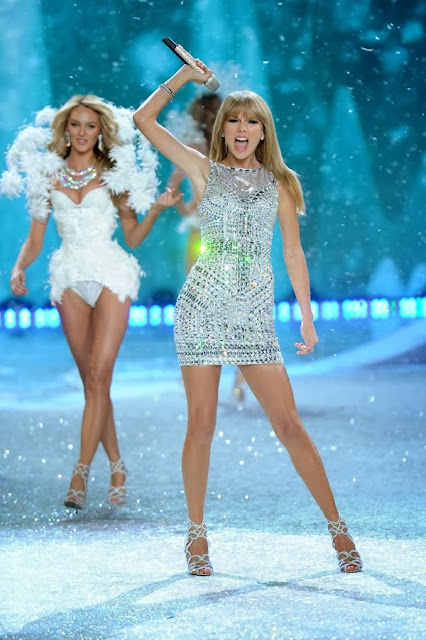 What do you think is more important?