I thought yesterday would be the worst day ever because of how tired I felt. I was wrong. It's much worse today. Despite the bags under my eyes, I am can't wait to tell you about my trip to TomorrowWorld 2013 in Atlanta.

In case you're new, TomorrowWorld is an electronic dance music festival. It started in Belgium and is now coming across the sea to hold another show in Atlanta. I was lucky enough to receive tickets.

On Friday, Michael and I woke up at 4:45 am to board a plane to Atlanta, Georgia. I have never been before, so even though the majority of the time we were at the festival, I still wanted to pack in the sites. I was shocked by the gorgeous trees and near perfect weather.
After we dropped our bags we made our way to the shuttle with others staying at the hotel to be taken to Chattahoochee Hills, where the festival was located. The property was absolutely stunning and an ideal place to hold the festival. Pockets of water, tall trees and rolling hills helped to create the 8 different stages.

I was surprised by the number of foreigners that made it out to the festival and the number of different flags I saw. I met people from Australia, Germany, Mexico, Canada, and of course Belgium.

Besides from my camera breaking, Friday was wonderful. My favorite DJ we saw Friday had to have been Tiesto. During his set he exclaimed in his thick Dutch accent: “My name is Tiesto and I'm here to party!” We also saw Dimitri Vegas and Like Mike, Sebastian Ingrosso, Porter Robinson, Fedde Le Grand, Chuckie, R3hab, Angger Dimas, Two Fresh, Sandro Silva, and Audien.

On Saturday we slept in a little and then decided to eat one and only meal (almost making myself sick) at Mary Mac's Tea room. I can't even explain to you how delicious the food was. Southern style scrumptiousness. 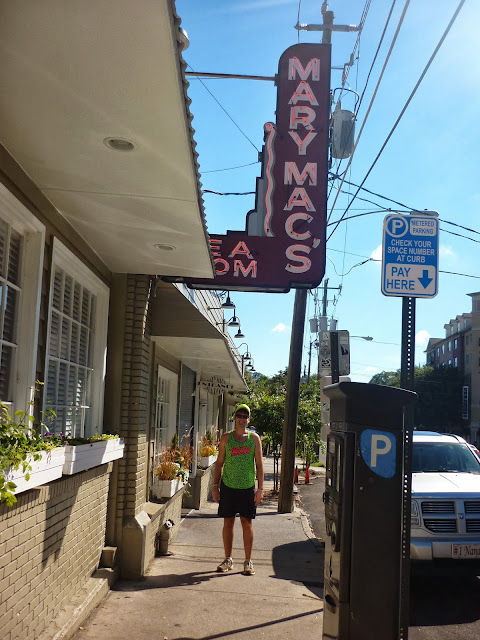 Then it was time for Day two of TomorrowWorld. It was kind of nice just going to the festival with Michael, we had friends that were there but we never found them so we just meandered the festival ourselves, which turned out great. 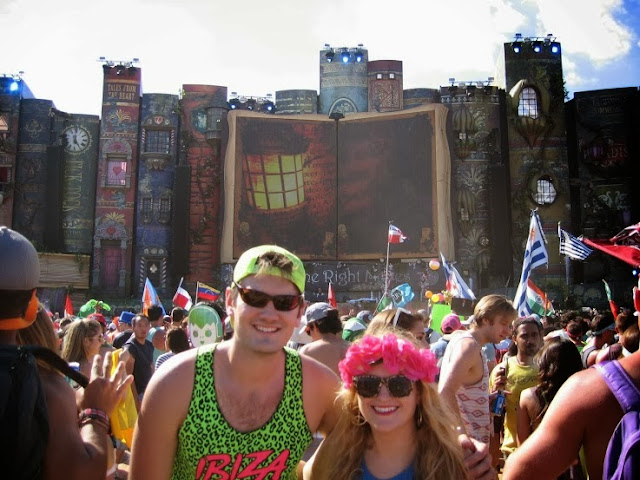 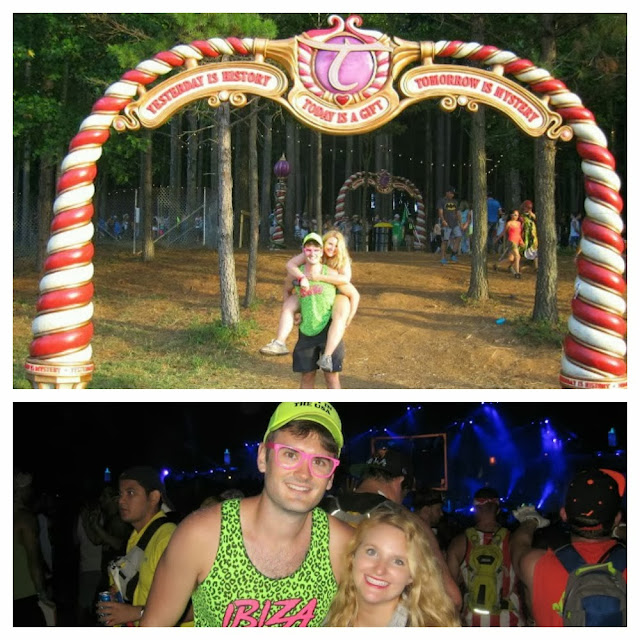 Saturday my favorite DJ was Calvin Harris. I have never seen him live and I am obsessed with his music. We also saw: Steve Aoki, Afrojack, Axwell (also one of my favorite sets that day), Nervo, Yves V, Alesso, and Danny Avilla. 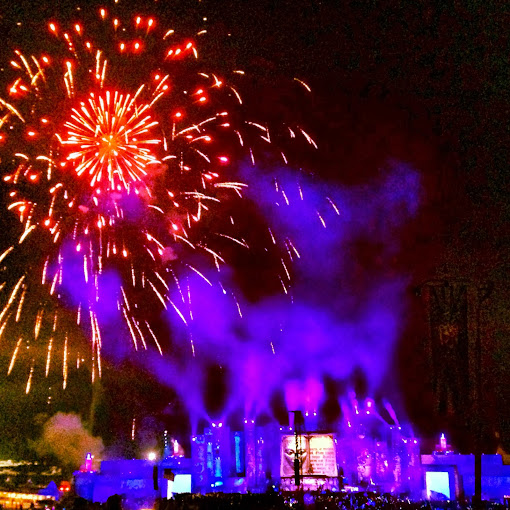 Sunday we hit up the Georgia Aquarium. It was an absolute blast and I highly recommend it if you ever venture out to Atlanta. We saw the dolphin show, which was a really great production. But my favorites were the cute otters. I want one. 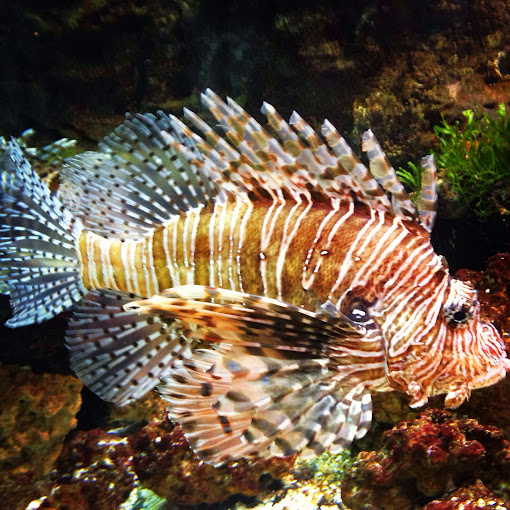 After the fish it was time for the last day of TomorrowWold. It was so bittersweet since I knew it was coming to an end- and this time I wouldn't be traveling Europe after the festival, I was going back to work. But then, something magical (yep I said magical) happened. 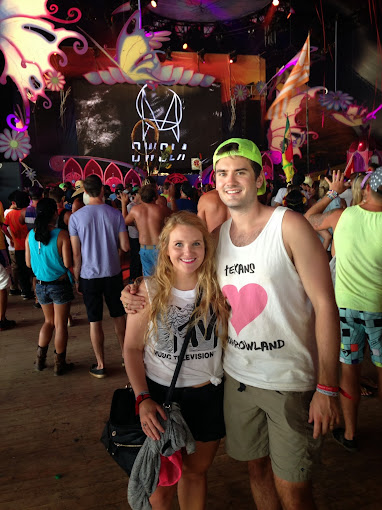 The schedule got switched (unbeknownst to us) and Cedric Gervais went on before Cazzette (one of our all time favorite DJ duos). As we are watching Cedric perform, and Michael notices two guys watching the set and he thinks its Cazzette. I look over and it's them! Michael tries to wave at them and one of them nods and walks off. When they come back, I feverishly wave at them and ask for a picture. They agreed and Michael and I snap a pic right before they perform! So basically I died with excitement.

On Sunday we saw: Armin Van Buuren, David Guetta, Hardwell, Nicky Romero, Riff Raff, Koan Sound, Seven Lions, Cedric Gervais and of course Cazzette. You may remember that I saw Cazzette when they came through Dallas when I was still in crutches! 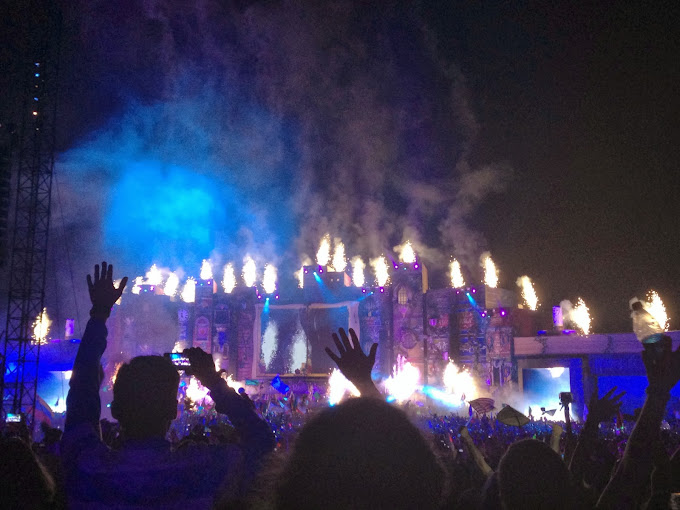 Many people have asked me how TomorrowWorld compares to Tomorrowland. Overall, the festival was fantastic. It was nice because TomorrowWorld was not as crowded, there were 8 stages, as opposed to 16, so it made it easier to get around. The production was still absolutely grand and the acts that played were amazing. But you really can't beat Tomorrowland. First, it's in Europe and that's just incredible on it's own. But the festival has taken place there for almost 10 years so they really have it down. 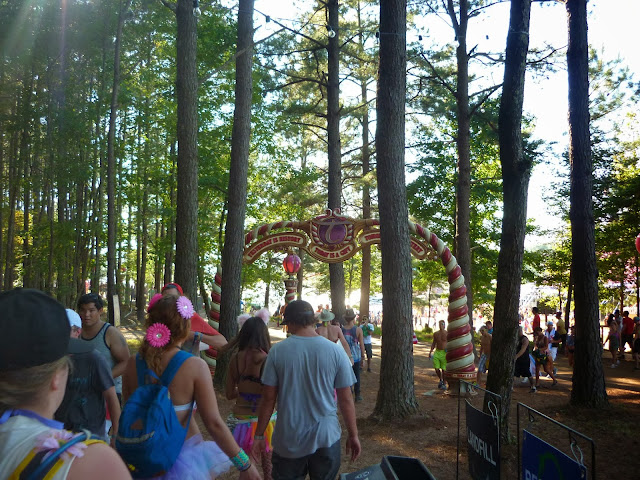 All in all TomorrowWorld was incredible experience that I will never forget!