Back East in Between

Uncategorized
Today I'm coming at you with a favorite Blogger of mine, Nadine from Back East Blonde. We are discussing ourselves, dance moves and of course, blogging.


Helene: My craziest experience was when I fell 20 feet rock climbing and broke my angle and leg. I ended up very lucky, with only 8 screws and a plate in my leg but I could have been paralyzed or much worse. The weird thing about it is… I am not a crazy person who does adventurous, dangerous things. Lesson learned: no rock climbing with strangers. Or just going to a music festival with 180,000 people two years in a row.

Nadine: In college I went to a party where I was certain I was going to die. I'd been day drinking and we wound up at this apartment complex that had more people in one place than I'd ever seen in my life. Does this 80 year old apartment complex look like it can support that many people? Ummm, no. What you can't see is all the people on the ground floor and later all of the people on the roof. I remember looking around and feeling like I was in a movie about college, because there was just no way that actual college would be this collegey.

2. What about blogging is just plain stupid?

Helene: That people freak out over the littlest things. Blogging often feels like high school and that drives me crazy. People get upset over nothing. Just get over it. And don't tweet about it.

Nadine: Oh I’ve got several beefs with blogging. Linkups with no pictures (does anyone click on those?), overuse of certain phrases (lezbehonest), anytime anyone publicly addresses “the drama,” and Mondays. Yes, Mondays. Why? Because I don't need to read 200 weekend recaps when maybe 20 people did something exciting enough to write about. I don't need to see 8,000 pictures of a baby shower that wasn't yours. Woof, got a little sassy there, didn't I?

3. What is your favorite dance move to pull out of your back pocket at inappropriate times?
Helene: I like to call it the praying mantis. It's my signature move and can be spotted almost anywhere (even if no alcohol is involved). Eyes are closed, hips sway side to side and hands are in a prayer form.

Nadine: If you find me in a bar, I probably won’t be dancing. Places you will find me dancing: parking lots, grocery store aisles, while walking the dog, and any time I'm with my sister. Isn't embarrassing teenagers the best? My go to move is anything off beat with a lot of flailing arms. Kind of like an 80's touchdown dance.


Helene: I have them regularly, but the worst is that I constantly spill stuff on myself. If I'm wearing white, it's getting spilled on. Never fails.

Nadine: Last week my boss was talking to me about the Philadelphia 76ers. Without thinking, I said to him, “I’ve always wondered why they are called the 76ers. It’s kind of a weird team name.” And he kind of looked at me for a minute and was like, “Nadine, Philadelphia, 1776, what happened?” OHHHHHH. I totally passed the AP Government test.

5.  What does your man think of your blog?

Nadine: N thinks it’s great that I have a hobby and remains my most loyal blog reader. He also loves appearing on the blog occasionally and I can totally tell it makes him feel special. Every single time he’ll be like “I’m famous!” I just let him think that.

Helene: Michael doesn't read my blog. I know what you're thinking: he doesn't support you?! No, he absolutely does and is very proud of it. But I like that he doesn't read it. That way I can talk badly about it. 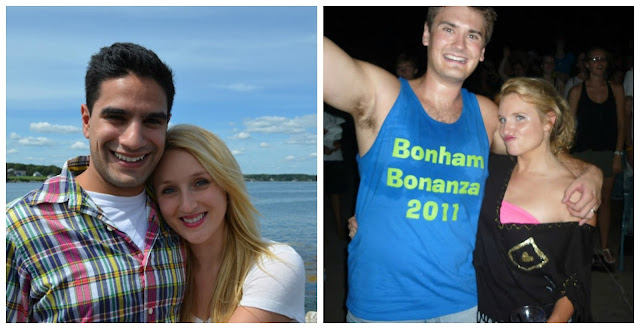 
Helene: On a serious note it would be “The Importance of Being There” some people really don't know how to handle or talk to people going through tough situations, this is my point of view. On a funny note “If Boys Were Bloggers” would be a favorite. They just shouldn't do it. And also, “If Mom Was on Instagam” because she just shouldn't be.
Nadine: I liked my post about Why TV is Good for You and the one about What the Kardashians Can Teach Us About Blogging. On a more personal note, The Momentum of Mediocrity was a post I wrote in a moment, straight from the heart. I still love it.


Nadine :I was named after my Mom's life long best friend. My Mom's name is Elizabeth and she always loved that her bestie, Nadine, had such a unique name because there were always multiple Elizabeth's in school. They are still close and when we all get together it always throws me off because I'm the only Nadine I know besides her!

Helene: Helene is a family name that has been passed down in my family for generations. The tradition is that all first born daughters should be named Helene and the tradition continues today. My sweet Aunt Helene shares my name as well as two of my cousins. Helene is French, which is where both sides of my family are from. It's different and you don't hear it often, and I like it that way. 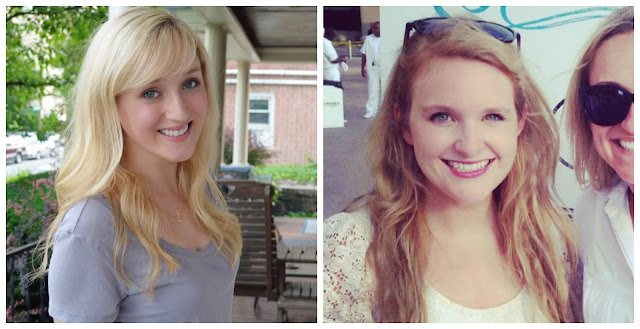 Now that you've met Nadine, go holla at you're girl.
Yep, said it.