Uncategorized
This past weekend was great, just for the fact that it was, well, the weekend.
Friday my husband Michael planned a Valentine's surprise.
He told me to dress warm and brought the dog- so I knew it wouldn't be at a fancy restaurant.
Nope, it was even better.
He took me to our favorite park where we used to live (before we bought our house) and recreated our picnic in front of the Eiffel Tower in Paris last summer.
So it was pretty awesome. And I'm lucky that he is so thoughtful. 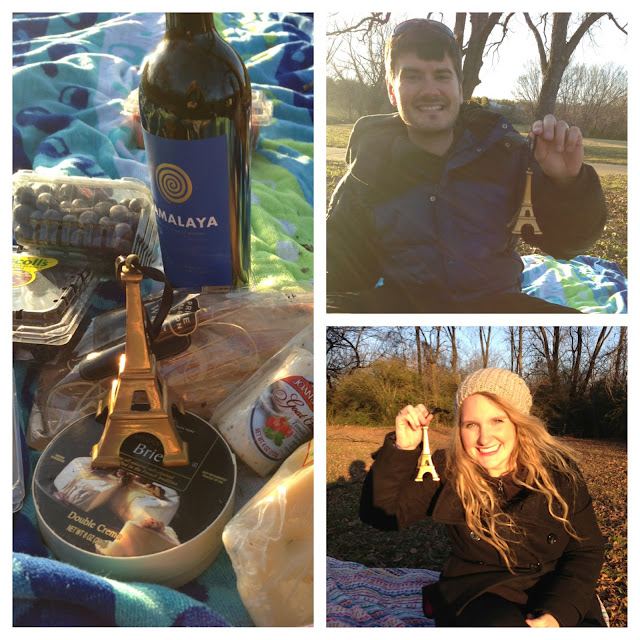 Saturday I was really hoping luck would be in my favor. Today was the day I had been waiting for: Tomorrowland 2013 tickets were going on sale. I went last year and it was the best music festival I had ever been to.
Frankly, it was up there with my wedding day as some of the best days of my life.
I had to go again.
With 10 different computers, we waited for 2 and half hours in an online queue.
And did not get tickets.
I was very disappointed. Like crying.
But we are going to be crazy people and still fly from Texas to Belgium and hope to score tickets at the festival.
Cross your fingers. (And your toes).
With not much to do my friend and I decided it would be a good idea to drink and get on chat roulette.
I highly recommend it.
If you haven't heard of it: “it's an online chat website that pairs strangers from around the world together for webcam-based conversations.”
Honestly, I didn't see anyone being that creepy on there.
Sure, some guys will ask to see your boobs- but you just next them and go on to the next person.
It's pretty entertaining. We talked to people all over the country and the world. We made sure to wear sunglasses, you know, just in case they were weirdos that would take a picture of the computer screen and then blog about it.
Whoops, that's me. 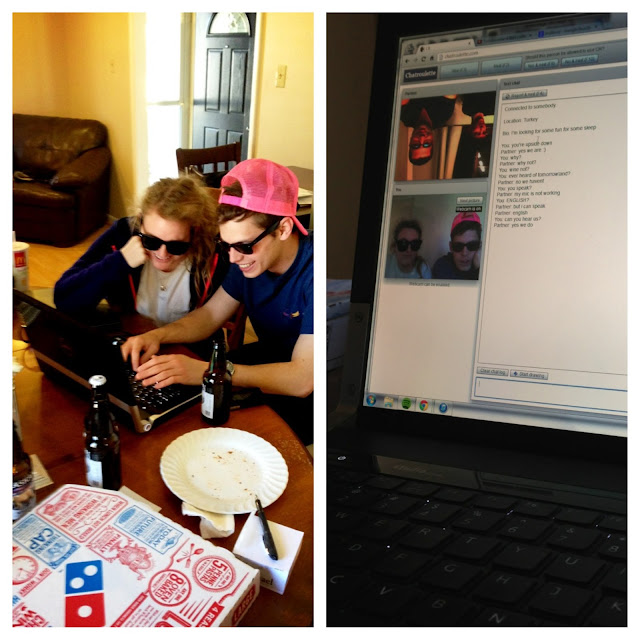 Some people were hilarious.
Like one guy from Australia told us he competed in fitness competitions.
He looked like a smaller version of Arnold Schwarzenegger.
And he kept flexing his “guns.”
After staring at a computer screen for hours, my husband convinced us that we needed to go outside.
We took the dog to a new bar near the lake and had a few drinks. 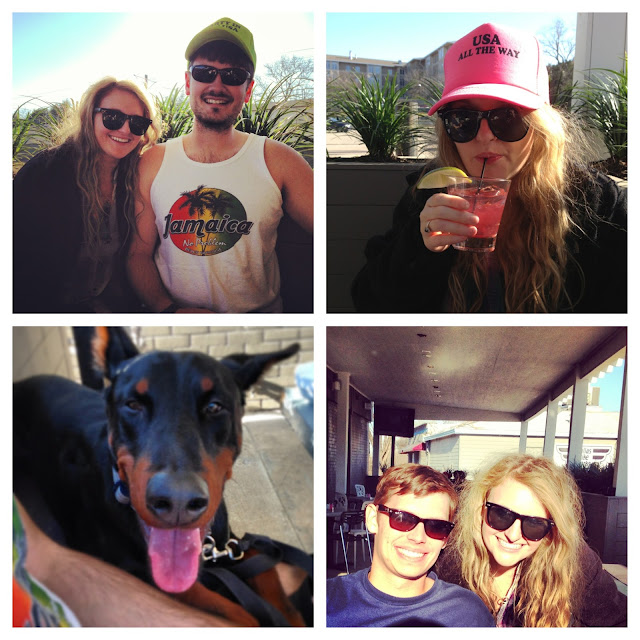 So I guess I'm not very lucky.
I didn't score any tickets.
I've never won the lottery.
Or really anything for that matter.
But looking at the above makes me realize I'm lucky in other ways.
And hey, If you are lucky, will you please rub some of that off on me? I'd hate to fly to Belgium and not get in to the festival.
Ok, so I would try to sneak in the festival and end up in jail in a different country and you'd never hear from me again. And we don't want that.

Don't forget to link up for Sami!!