So, Is Social Media A Lie?

A few days ago, an instagram star and super model declared that social media “is a lie” and it was the culprit for her depression. In case you haven't seen Essena's O'Neill's rant, you can watch it here (or don't because she's calling off self promotion, yet telling you because this is a video series…. aka self promotion). She's since changed her instagram and other social handles to be: “Social Media is not real life”. 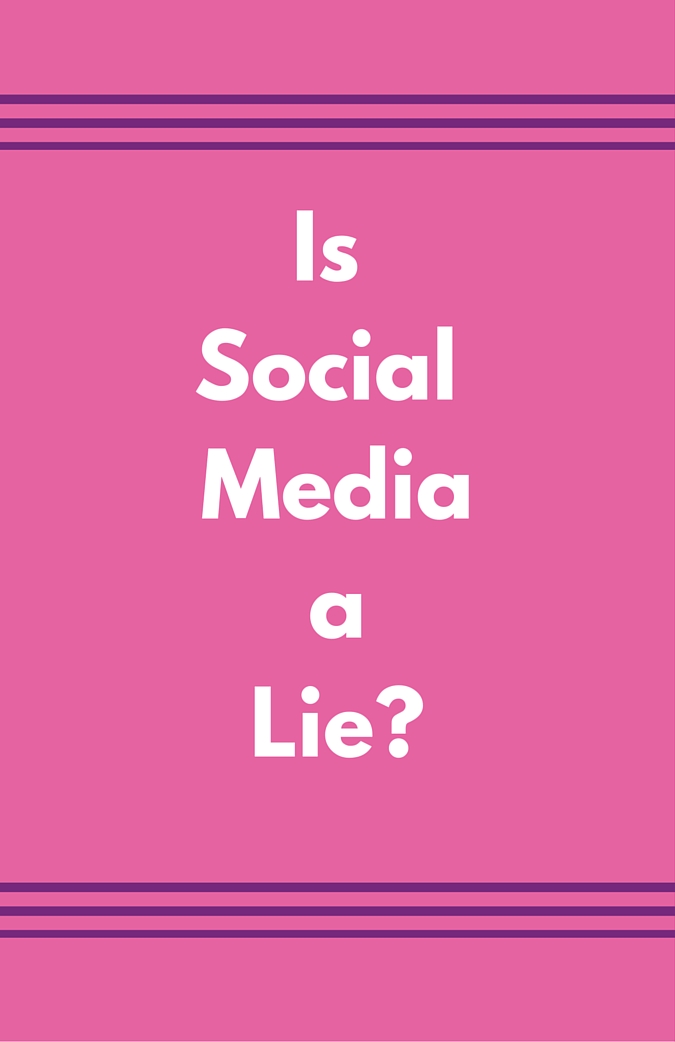 If you don't want to watch it, don't, because you have to take it into context. First, this girl is a whopping 18 years old. Also, her friends even call it a hoax.

However, people are taking her seriously. And she does make some good points and bring up some interesting theories behind social media. She's angry that instagram is filtered life. That we just portray the good, happy moments, without focusing on anything bad or, for that matter substantial. (She was a model, so her job was to look good.)

It's true, we are addicted to some extent. We are all reliant on our phones to a fault and it's gotten a little extreme. But that doesn't have anything to do with social media. That has to do with your perspective.

Yeah, beautiful pictures are popular. But that's the point of Instagram. Pretty pictures work well on this platform.

So let's put this into context:

Pretty pictures also work well for ad campaigns. Great content works well for selling novels. Romantic comedies do well when they have romance and comedy. And that doesn't mean it's bad. Just because you take a beautiful instagram photo doesn't mean your life is perfect or that you're trying to show anyone that you, yourself are perfect.

“Please make something that's not based on views and likes.” O'Neill goes on to say.

This is like someone saying to make a store that's not based on sales. If Target doesn't have sales, they go out of business. Views, likes, followers, it's the currency of social media. And yes, that can bother people, but life isn't about letting everyone make the team, become the CEO, or win the championship.

Competition is a good thing. It's what drives ideas and creates innovative products. I can see that sometimes the idea of social media can seem “fake” but if you can think of it more as a recognition of your work or nod to your effort then I don't think that's a problem.

If you no longer want to participate in social media, okay. But just because you no longer want something doesn't mean the others that are actively using it are bad or wrong. No one is wrong. If you want to use it, neat. If you don't, that's cool, too. But your own thoughts on how it personally make you feel doesn't dictate how we all should feel.  In fact, if you feel like this, coming out in such a public way is really contradictory, since you're doing exactly what you say you disagree with.

No, life isn't always perfect and you shouldn't have to feel like social media is running your life. But if you do feel this way then you do need to take a step back and realize that social media is what it is. It doesn't show the whole picture because it can't. That's the point.

Also a few days later she posts a crying video because she's excited she's going global. Girl, that is likes, shares, views. THIS is the currency of social media.

So what I have to say is you do not need to make your life look perfect to gain a following. You do not need to do what everyone else does. When you're authentic and you do what you like people will follow that.

You just have to do what you want to do. If you feel pressured by social media by all means, take a step back. But don't tell me that I need to get off of it because of the way you feel. And don't do it by trying to get shares on… you guessed it… social media.