I am obsessed with soup. Around this time of year it's really all I want to eat. My favorites involve anything with pumpkin or sweet potatoes. They both feel like Fall, and they're both a creamy alternative to the heartier chilis and stews.

I've tried dozens of sweet potato soups over the years. I can never get it just right. Until last week. I found this recipe and tweaked it a bit, and the results were, well, perfection. This is the best sweet potato soup recipe ever, in my opinion. Oh, and it happens to be really easy.

I don't post about recipes all the time, but this one was worth mentioning. 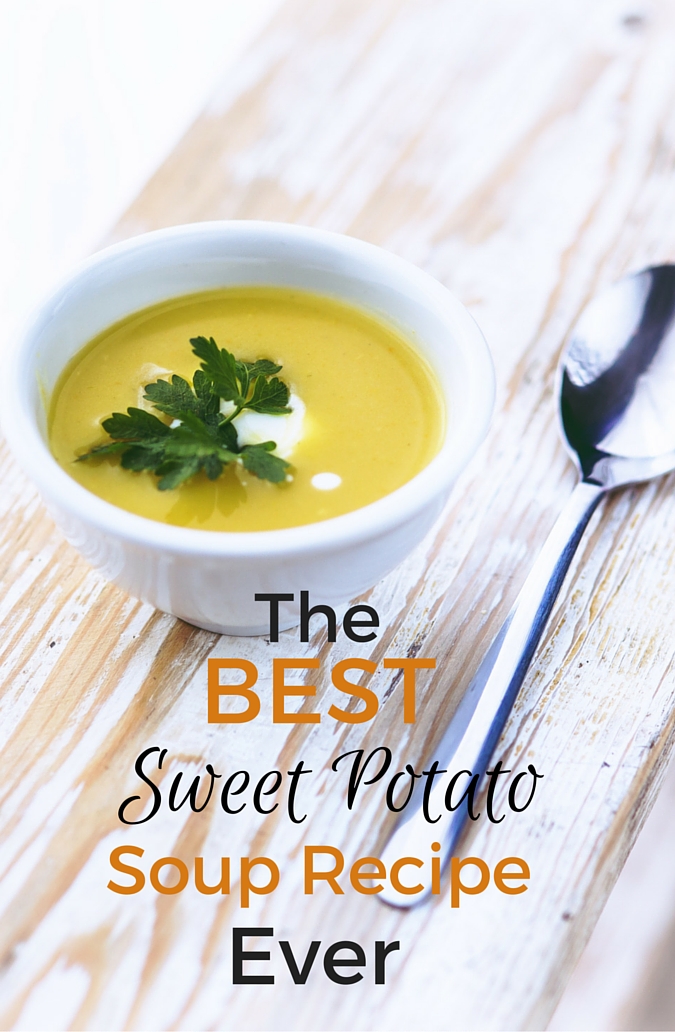 Black pepper to taste (about 1/4 tsp)

Cayenne pepper to taste (about 1/2 tsp)

That's it. I'm telling you, this is the best sweet potato soup ever. It's not savory, like your typical soups but the sweetness isn't overwhelming. I've already asked Michael when I can make it again. It's just that good.

Do you have a favorite Fall recipe? The Tomorrowland Cocktail: A Recipe + Giveaway!