How to Throw A Mean Girls Themed Bachelorette Party 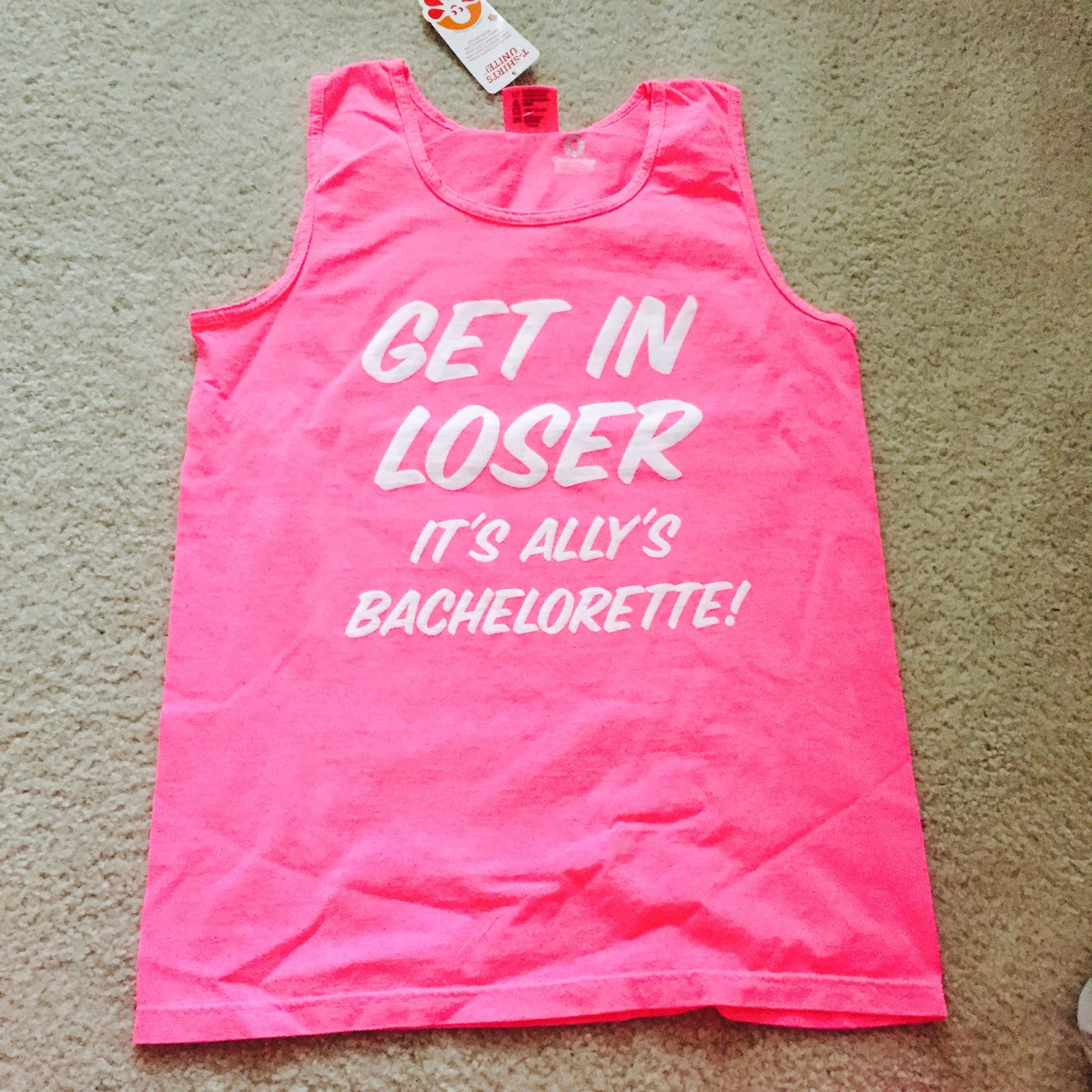 The bride to be is getting married on October 3rd – which happens to be National Mean Girls Day. Remember when Cady finally asks Aaron the date?
On October 3rd he asked me what day it was.

So this was the perfect excuse to throw a Mean Girls themed Bachelorette party. Plus, who doesn't love this movie?

Luckily, pink and more pink is the color of the movie. Afterall, on Wednesdays they wear pink. I ordered hot pink tank tops that read “Get in Loser, it's Ally's Bachelorette!”  I think the plastics would approve: 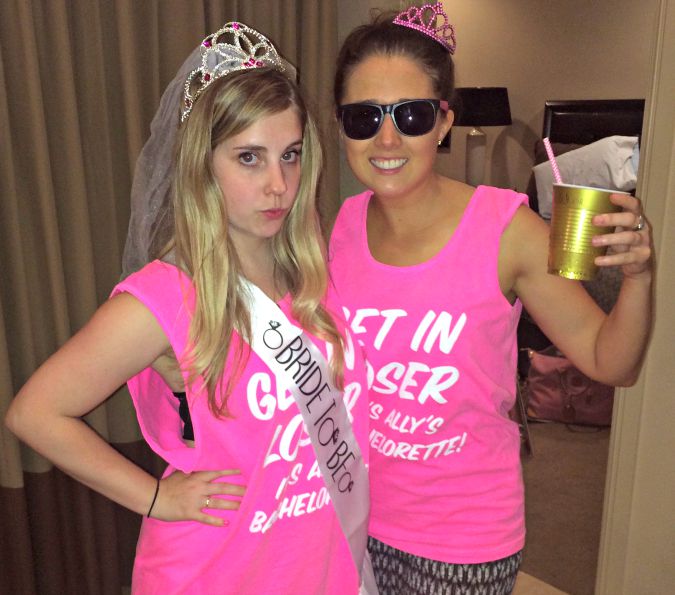 The You Can't Sit With Us Table: 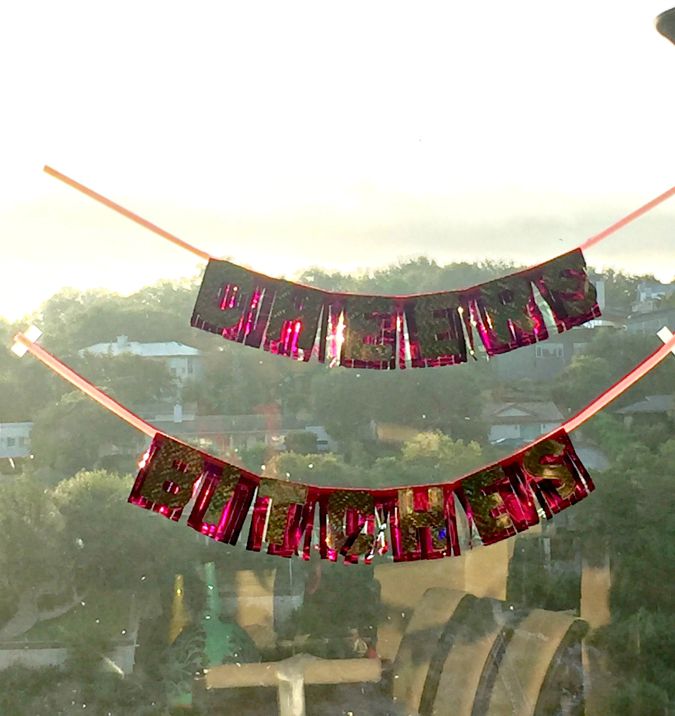 The tanks were also perfect pool attire. And look at this awesome view in Austin's Lakeway Resort. More details of what we did, ate, and drank in Austin here. 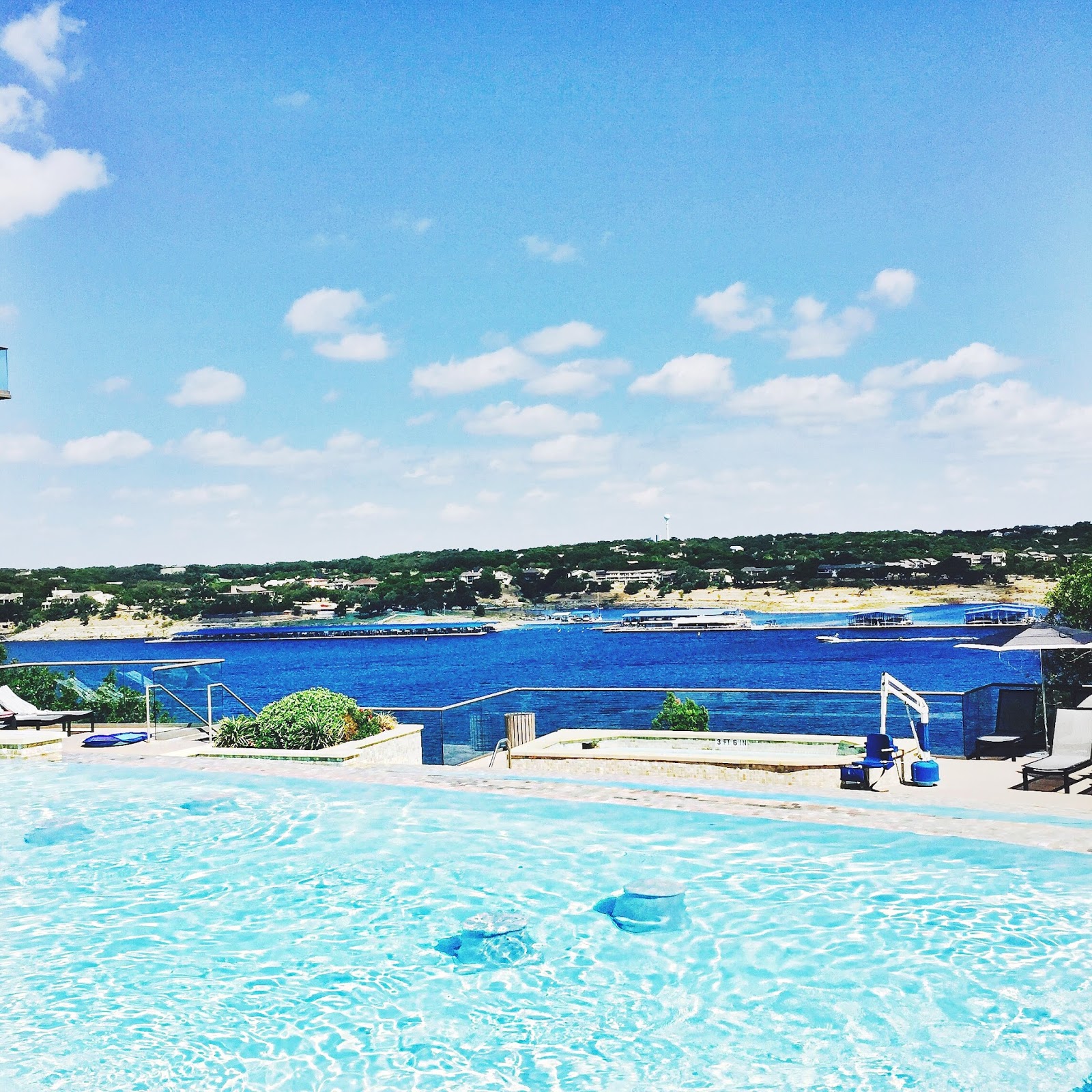 We made a burn book, and printed out pictures from everyone's Facebook profile picture. During the weekend, we wrote various Mean Girls quotes and(funny) mean things about each other. For instance, I'm the one that yells. Not surprised. We also wrote, “She's not like a regular bride, she's a cool bride!” Under the blog photos. The more quotes, the better! 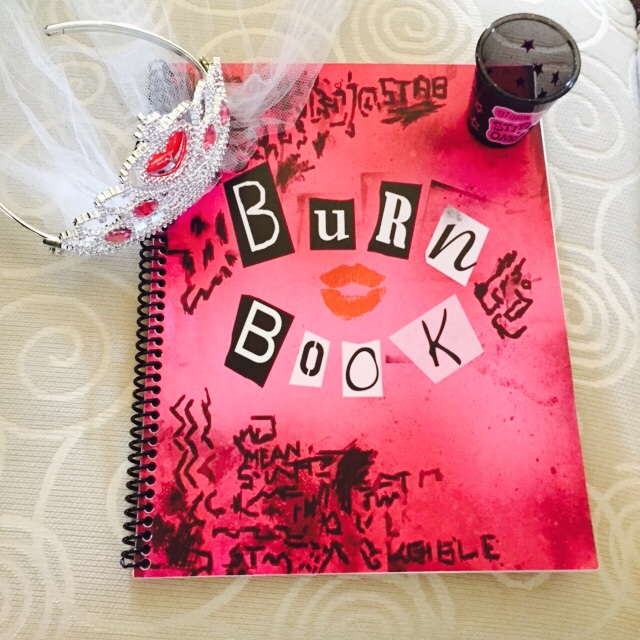 The bride gifted us with adorable monogrammed tumblrs that we used during the hot days and were perfect to make party drinks. 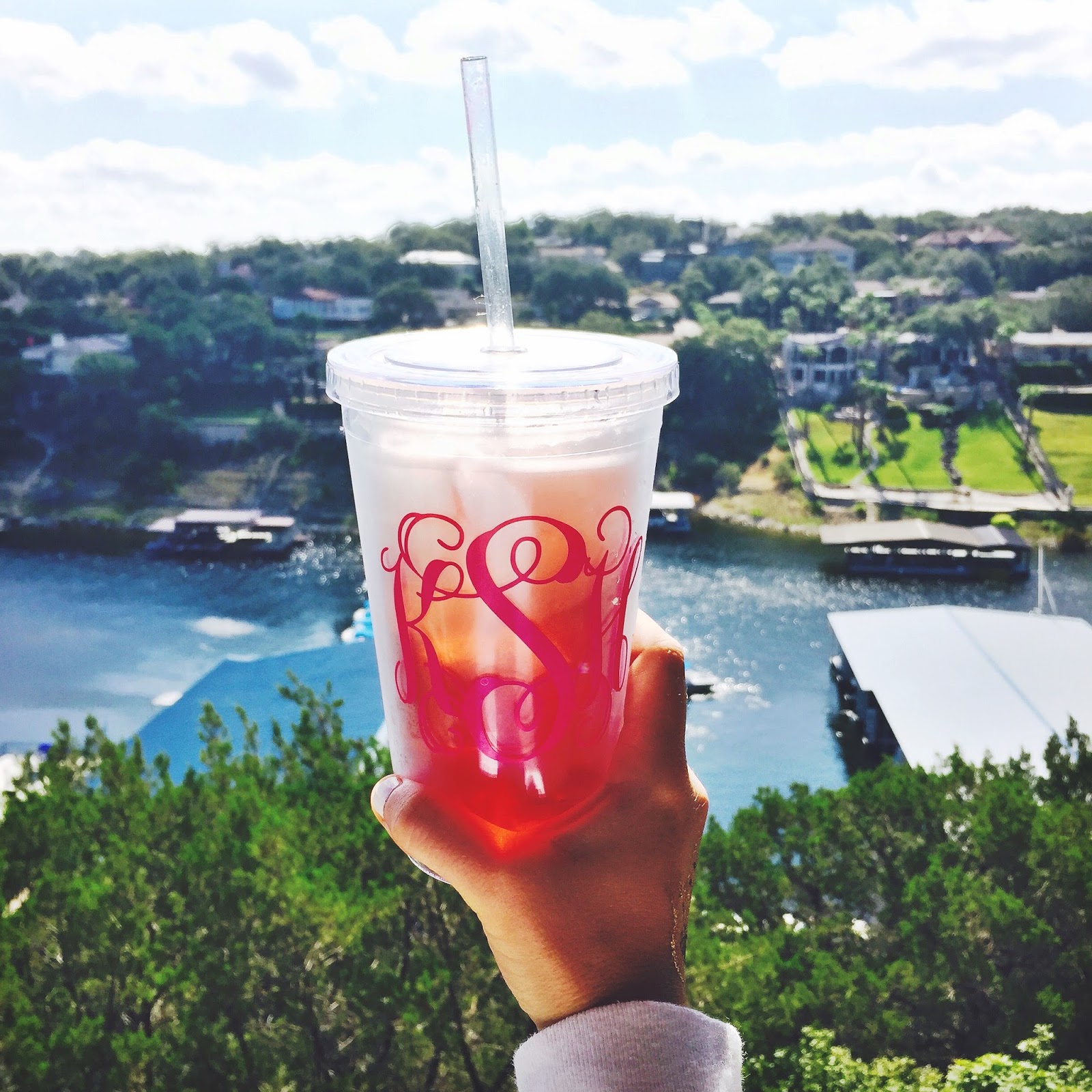 All the girls wore plastic tiaras (just cold, hard, shiny plastic!) on our night out on the town, and the bride sported a tiara with a veil. 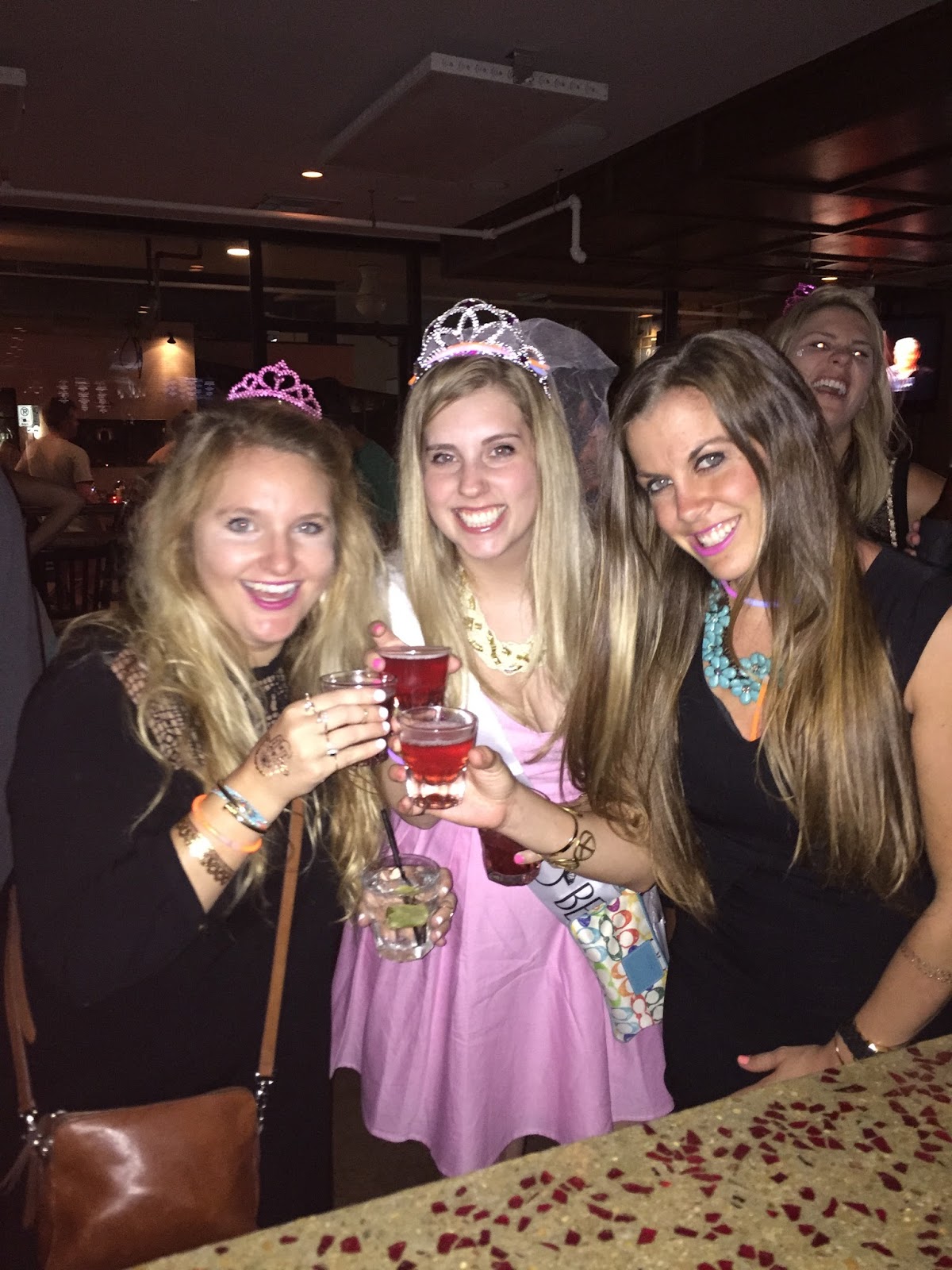 This wasn't Mean Girls themed, just something that's always fun for a bachelorette party.We strung up the Lingerie on display and named each piece for the groom to pick out on the wedding day. 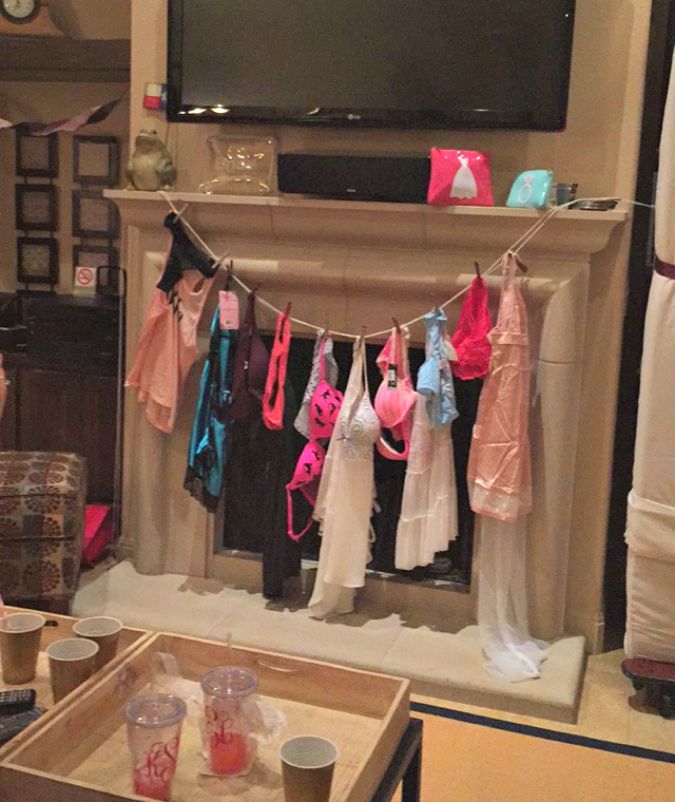 On the night out, we wore all black, while the bride wore pink. 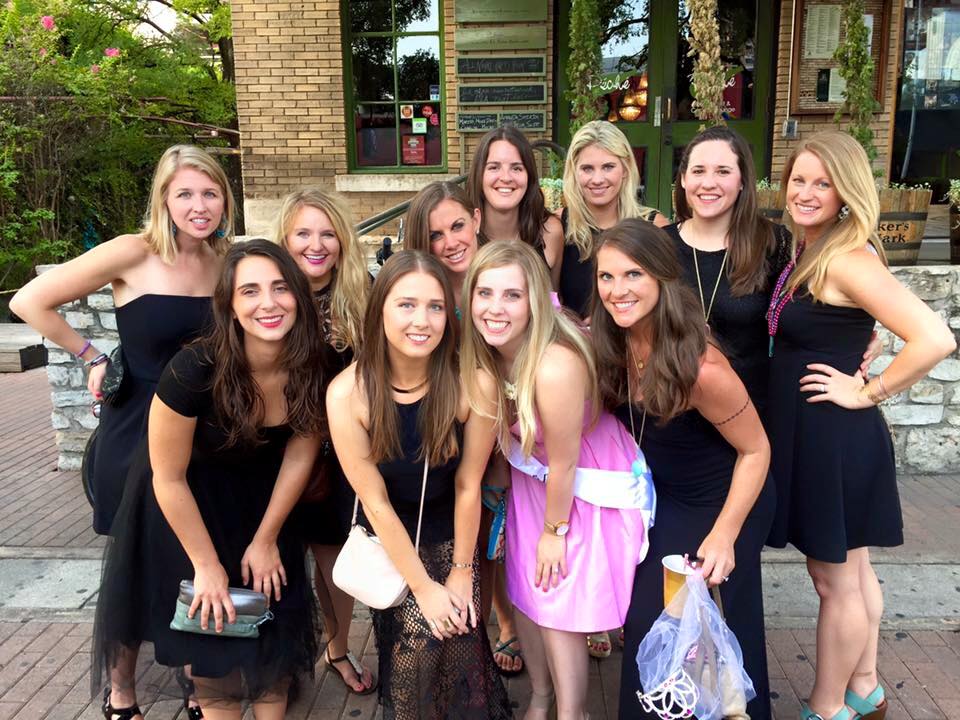 It's safe to say we tried to make fetch happen. And it totally worked.