Why Orange is The New Black is Just Like Mean Girls

I'm going to admit something, I'm still not hooked on Orange is the New Black. I'm really really trying. I just get tired of getting a boob or vagina flashed in my face while watching Netflix on my laptop.

But then I realized something. Something very important. Orange is The New Black is just like the movie Mean Girls… in prison.  And now, now I'm obsessed. 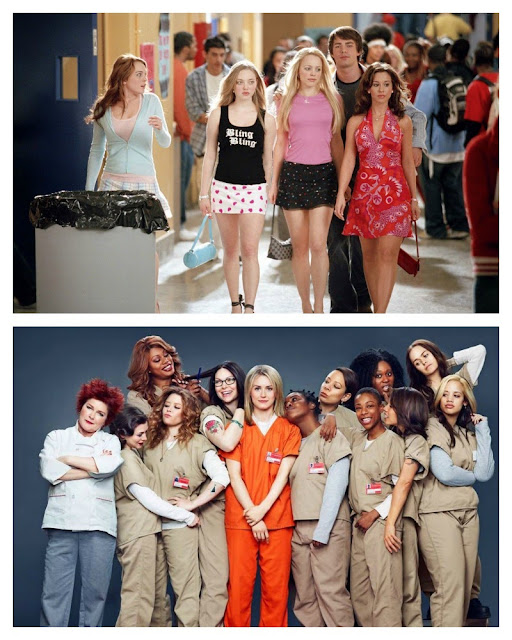 First let's start with the characters.
Piper is Cady. She's coming into a new school… err prison and is confronted with the fact that she “isn't like all the other girls here.” She's different. Just like Cady was home schooled in Africa, Piper is a rich girl who grew up with nice things and pretty much has no reason to make mistakes. Both characters' parents are overprotective and they are both trying to fit in and not cause a stir. The opposite happens.

Alex is just like Janis. She's kind of an outcast but she will be your friend anyway. But wait, she really does have a huge “lesbian crush on you.”

Red is Regina. Everyone wants to be them and everyone looks up to them. You DON'T want to get on their bad side.  She's a life ruiner, she ruins people's lives. 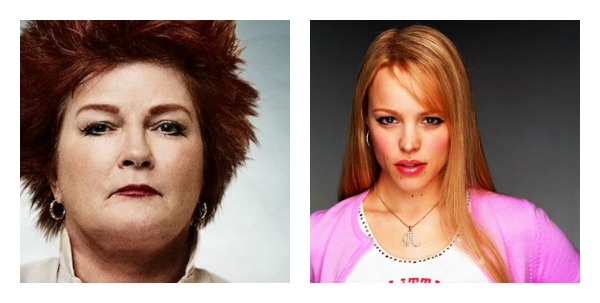 As far as the rest of the plastics, Taystee and Karen are the fun lovin, slightly “dumber” characters. 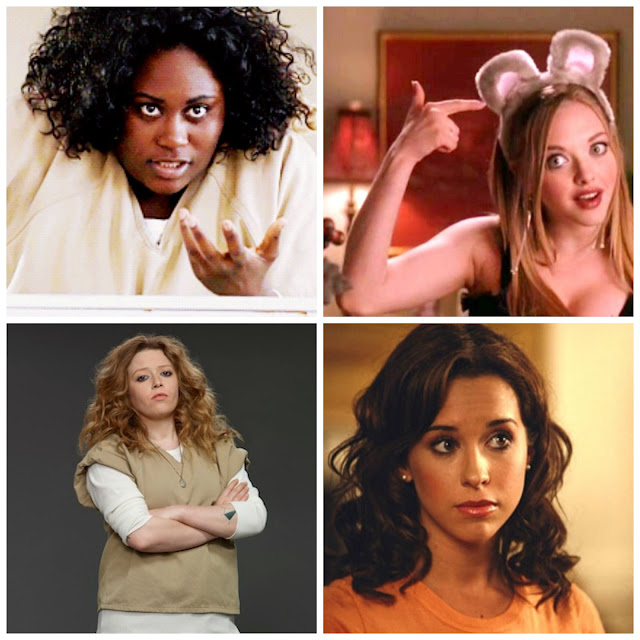 Gretchen Wieners is obviously Nicky. She is constantly sucking up to Red and wants to be liked no matter the consequences. Both have big hair, full of secrets.

Of course Damian is the transgender character, Sophia Burset. He/She will definitely give you a pink shirt to rock on Wednesdays or do your hair when you have a visitor. 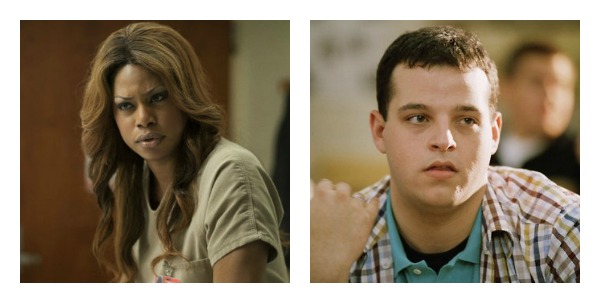 The guards are like the teachers. But Sam Healy is without a doubt Tina Fey's character, Ms. Norbury. Always there to lend advice and help Cady/Piper get out of trouble. (DISCLAIMER: Apparently this changes pretty drastically, but I haven't finished watching the first season!) Also they both wear glasses. 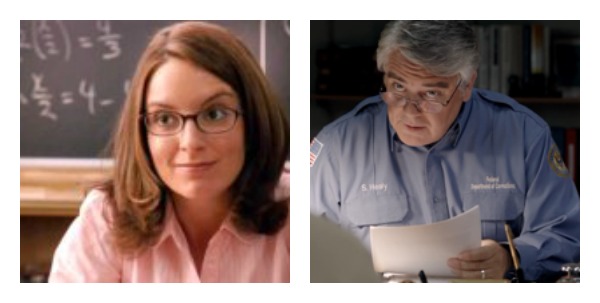 Larry is kind of like Aaron Samuels. OK, so he's not the hot guy in the story, but he is kind of clueless and has no idea what to do about anything. 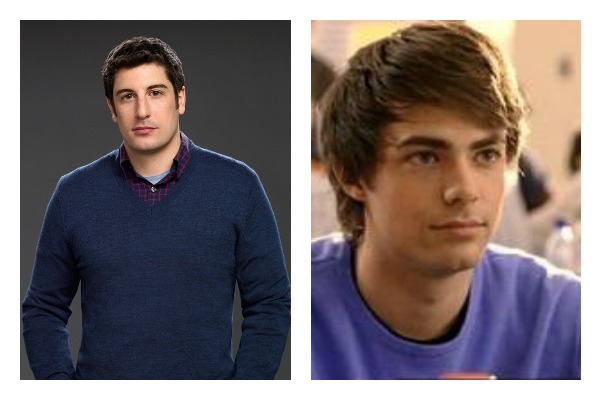 Ok and as for the plot:
Everyone's in cliques.
Mean Girls version:

But for Orange is the New Black we have: Latinas, Druggies, Black girls, white girls, lesbians, etc.

They both have Christmas pageants.
Going to solitary confinement or “SHU” is the extreme form of the Mathletes, it's social suicide.
When they get in trouble they get called into the auditorium or the cafeteria.
Being elected to the WAC is kind of like being elected as Prom queen.

I could go on.
Are all girls Mean Girls? Pretty much.
Mean Girls forever.