The Wrong Person to Blame 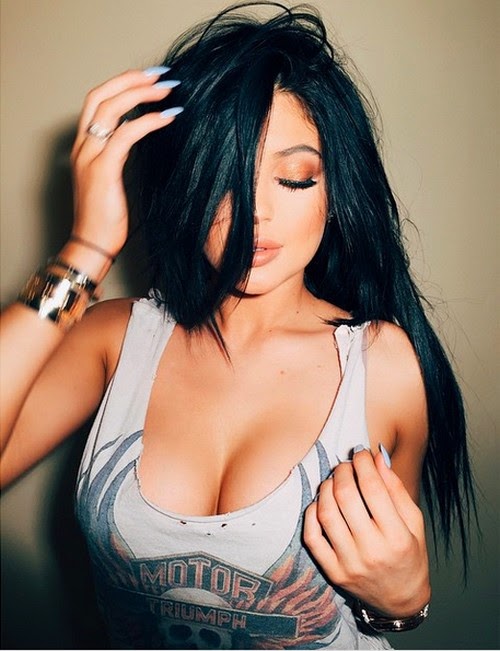 Lately, it seems like every where I turn there's a news story about
Kendall or Kylie Jenner. The half sisters of Kim Kardashian are making
the headlines because they're young and what they do is shocking. Kylie
seems to be in the spotlight now. Headlines such as: surgery
speculation- did she get implants or facial reconstruction? There's the
#KylieJennerChallenge on Instagram, where girls are sucking on glass to
try to inflate their lips like Kylie's. Then there's the fact that this 17-year-old
is dating a 25 year old. The list goes on and on.
The
articles attack Kylie, stating that she's not a good role model for
young girls. Which is true. I don't really think anyone would argue
that, including Kylie herself. But I don't think the problem lies with
Kylie herself. We certainly can't blame one person for how others act.
For
example, this past weekend I went to the Something Wonderful festival
in Dallas. The electronic music festival is 18 and up, and I'd say most
people in attendance are under 21. I saw girls wearing less than bathing
suits as their outfit of the day. Their butt and boobs were hanging out.
Hell, some girls even wore pasties as if it was just no big deal.
To
me, and “my generation”, that's downright ridiculous. Why wear a top at
all if you're just going to put it all out there. They don't dress like
this because Kylie Jenner is wear skimpy clothes. They don't do it
because anyone else in particular does it. Frankly, they do it because
no one is telling them not to. They do it because they want some kind of attention – good or bad.
I guess the point here is that focusing on one person just seems stupid. She's not going to suddenly change her ways because Elite Daily wrote an article ridiculing her. Girls won't stop wearing pasties either. Maybe we should focus on our own problems and stop worrying about the Kardashians already. Please. I'm begging you.
life thoughts
0
36
HIBsula