Your Next Favorite Music Festival

If you ask me, some of the best times of my life are spent at music festivals. I know not everyone digs them, but I the rush of the crowd, the music, the lights, and the general atmosphere are wonderful to me. I haven't been to them all, but after reading through Sara‘s post, I'm convinced. She's here today to give you the rundown of Buku festival in New Orleans. 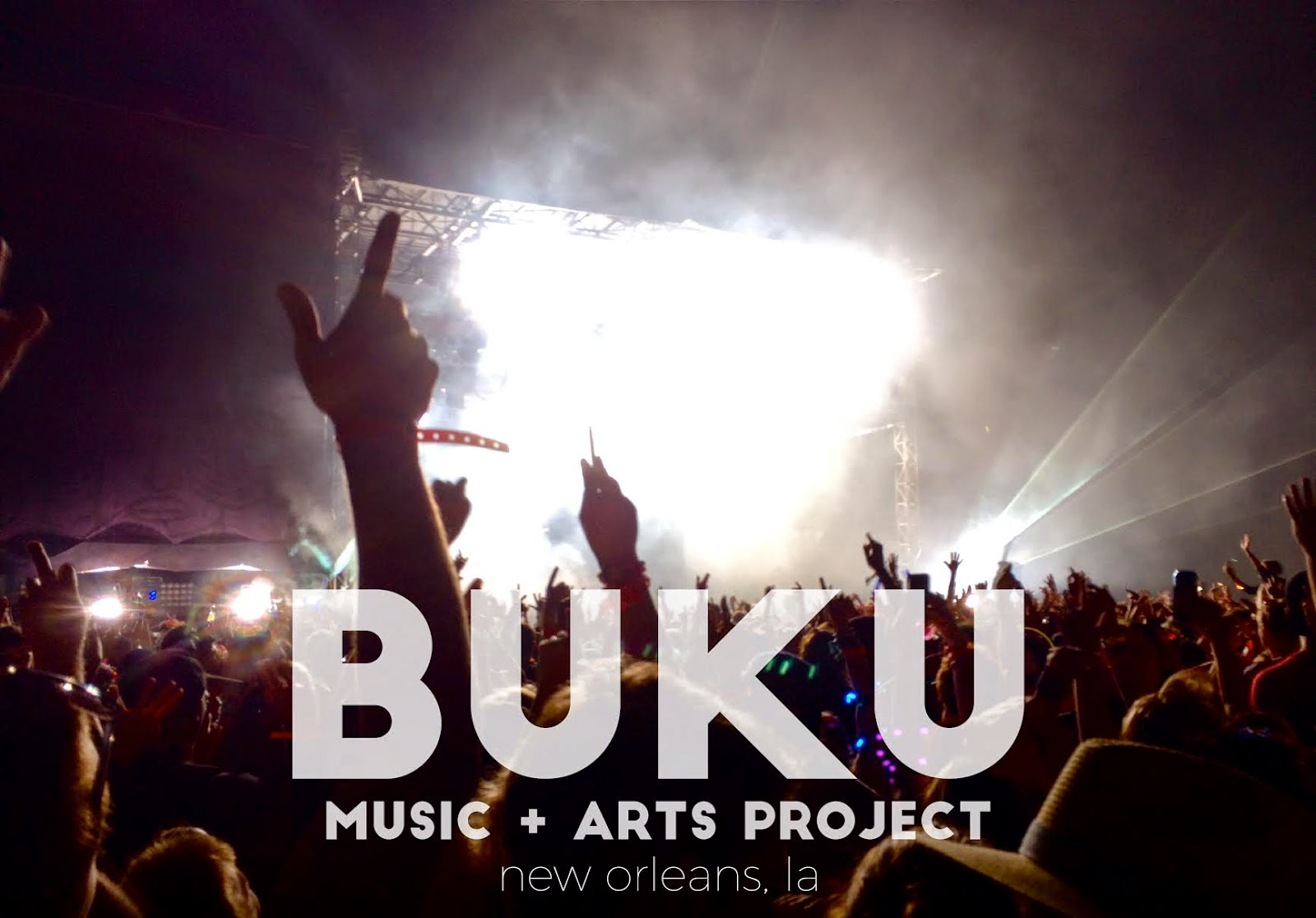 New Orleans is a pretty weird place. Like…very weird. If you've been there and walked down Bourbon Street on a random weekday afternoon, you can probably back me up on this. If not, you're just going to have to take my word for it.

But when I say “weird” I mean in the best of ways. It is one of the most unique, eccentric, and cultural cities in the US. And one of the main events in NOLA every year is the BUKU Music + Arts Project, and it gets pretty weird (in the best way).

BUKU doesn't necessarily advertise itself as an “EDM Festival,” but over the years it has grown to have that reputation due its EDM-heavy lineup.

Now, I'm one of those people who likes EDM, but doesn't exclusively listen to EDM. So, I took the plunge and decided to FINALLY experience BUKU for myself. Luckily, I was going with a friend from Orlando who is a huuuuuuge DM/House/Trap music fan – an expert, actually. He knows everything about every major DJ/producer, and even knows the up- and-coming people on the scene. So, with my personal guide in tow, and an open mind, I headed to New Orleans for what I knew was going to be an epic weekend.

Finding an affordable hotel in New Orleans the weekend of Buku wasn't difficult. The city has tons of hotels, and its so easy to do things affordably in New Orleans (that's one of the many reasons I love the city). Since our hotel was walking distance to the festival grounds, and it doesn't start until 2pm, we ate a great breakfast and leisurely made our way down to Mardi Gras World, the site for the festival. It was an absolutely beautiful day – March in Louisiana means not scorching hot but not cold, either. We even passed the Hurricane Katrina Memorial on Canal Street. 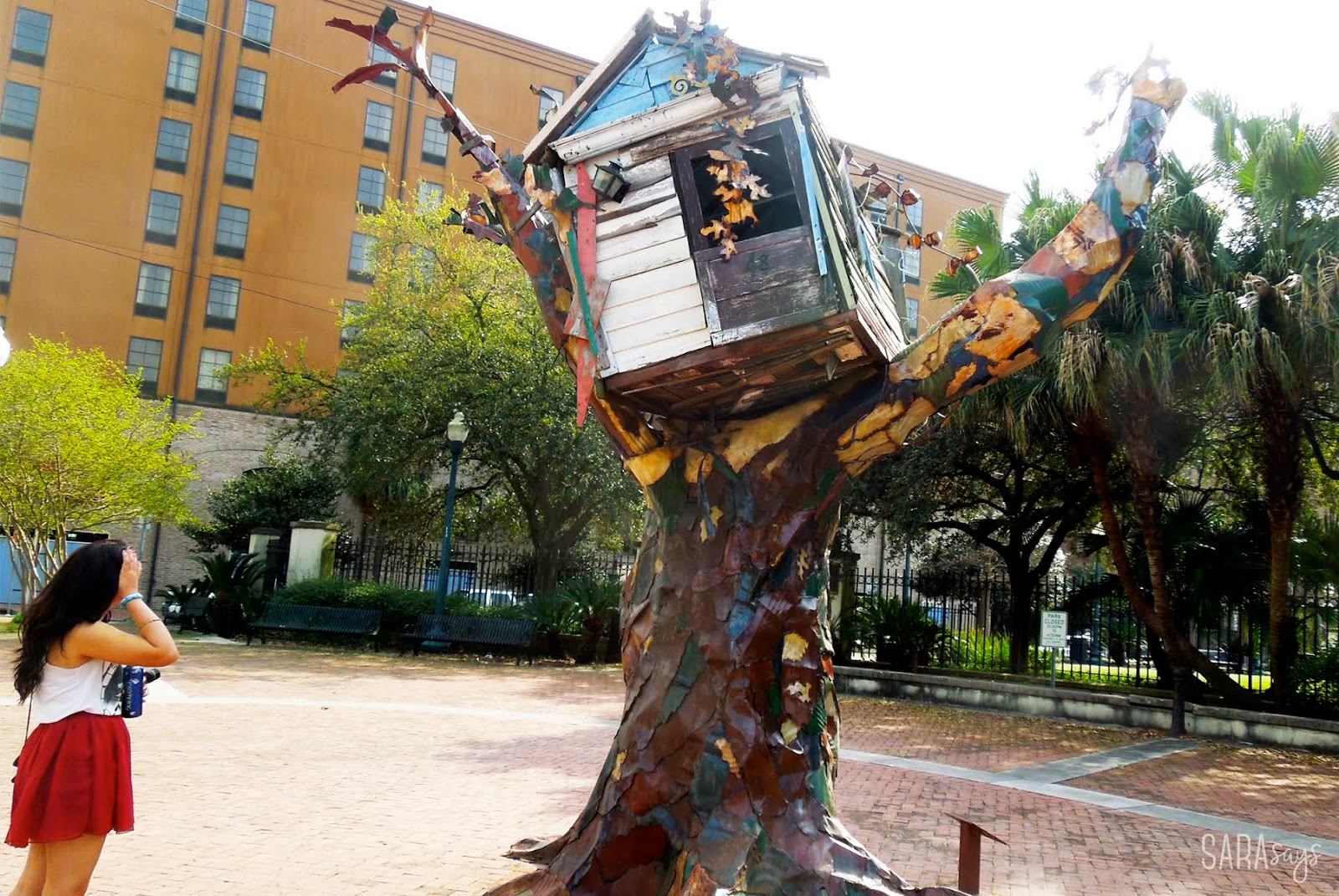 Mardi Gras World is such a cool venue. On a normal day, Mardi Gras World plays a vital part in building floats for parades in New Orleans and all over the world. They even offer tours to get a real, behind-the-scenes look at what goes in to making Mardi Gras happen. Its right at the Port of New Orleans, on the water, so it offers an absolutely beautiful backdrop for 4 different stages, tons of food/drink/merch vendors, and lots of crazy shenanigans during BUKU.

I'm guessing incidents at BUKU in the past have made it a 18+ festival with some pretty intense security at the entrance – including metal detectors and pat-downs. Still, people managed to sneak in various substances AND although I'm not 100% sure, I swear some people walking around in BUKU could not have been older than 13. Where there's a will, there is most definitely a way.

1. The Food
Since New Orleans is a city world-famous for its cuisine, it would be a shame if the food at BUKU was generic, chain vendors. But BUKU did a great job of providing affordable, local food vendors and a wide variety of different stuff. You most definitely will not go hungry (and its New Orleans, so you shouldn't).

Although the backdrop of the Mississippi River was decor in and of itself, BUKU also had other art installations. The main one was a a wall of huge wooden boards that artists painted throughout the weekend. So on the first day the wood panels were mostly blank, and by the end of the 2-day festival they were covered in amazing graffiti. It was cool to see the live progress throughout the weekend. Although the art that they did have was great, you'll be disappointed if you're expecting Tomorrowland-like stages and decor. 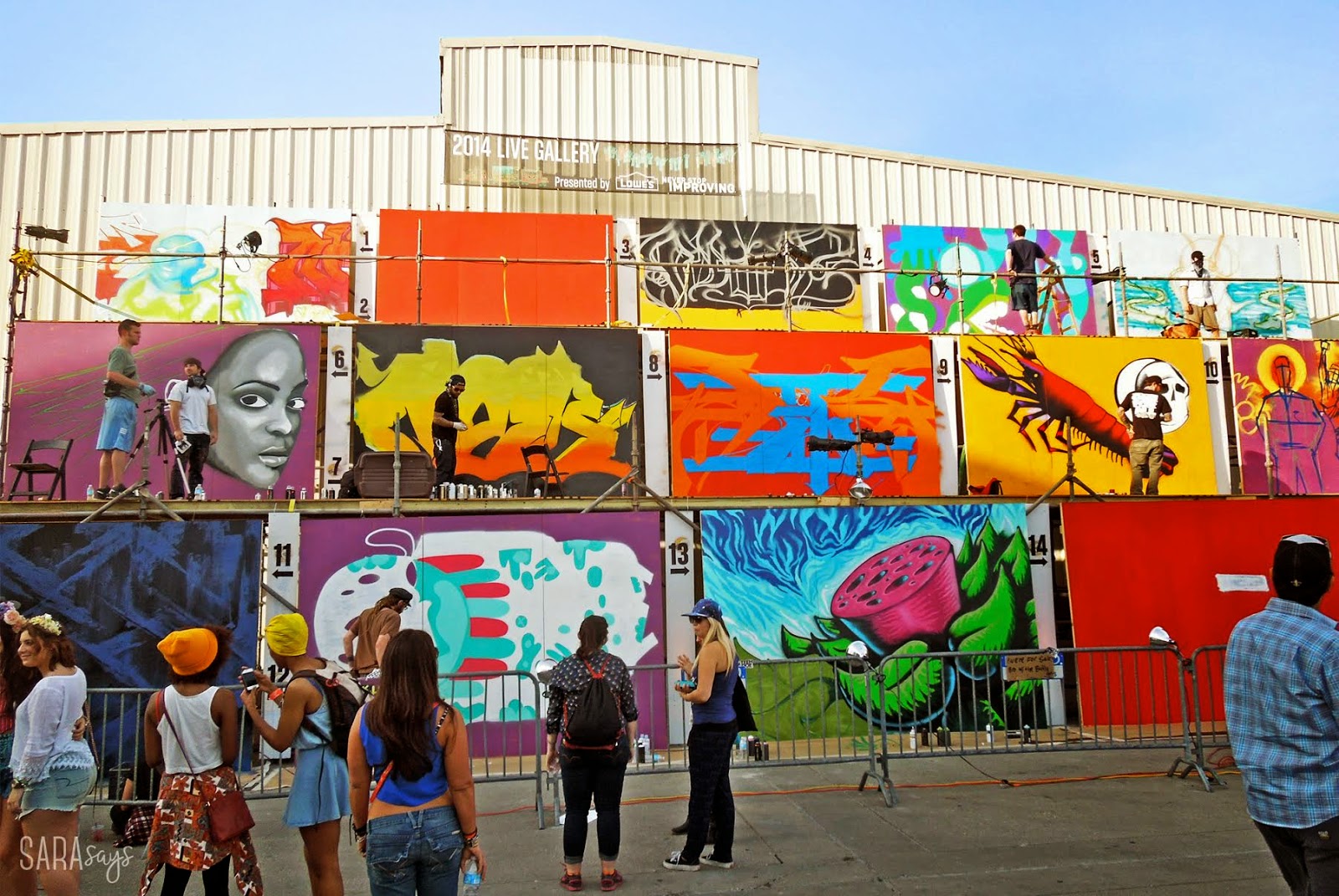 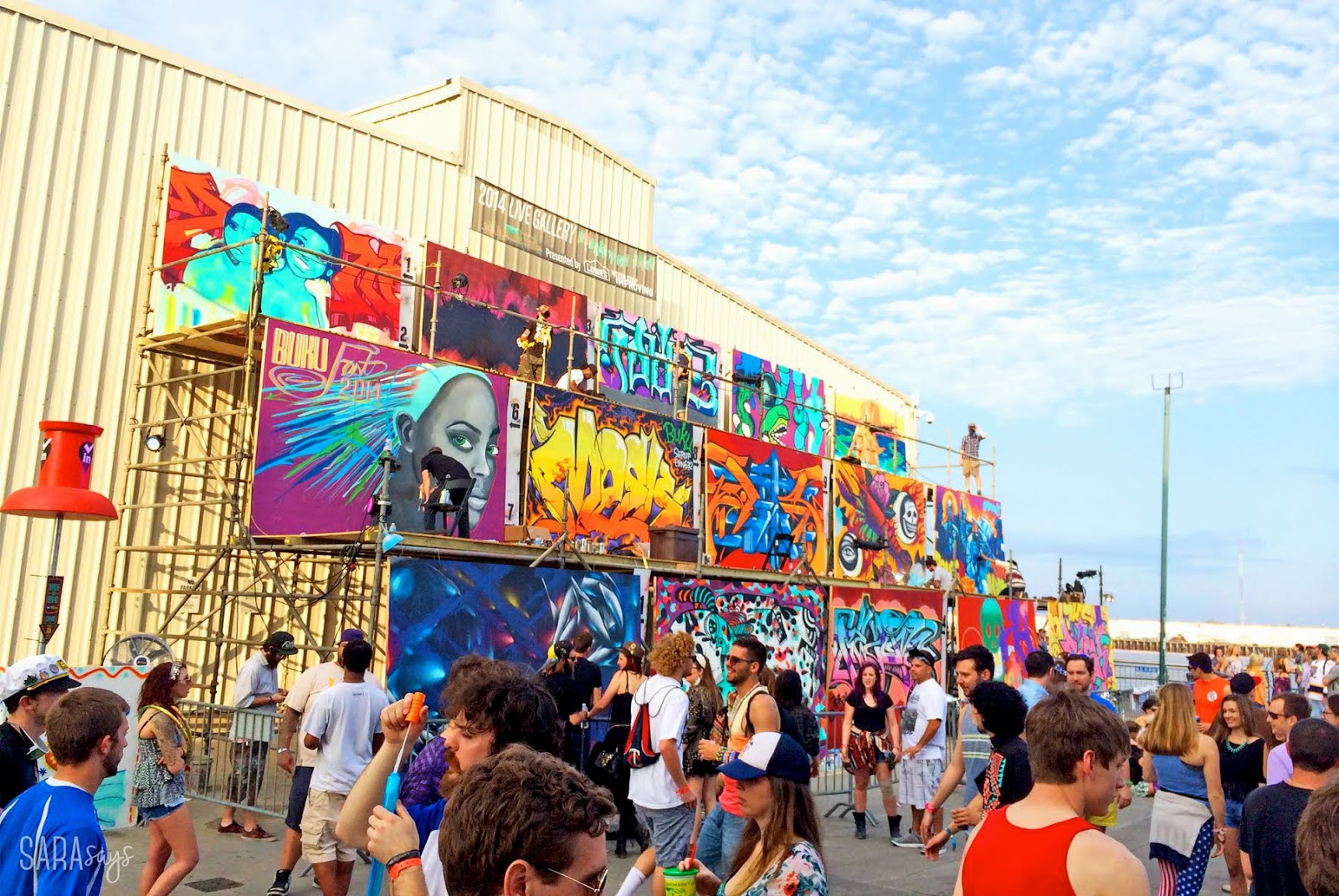 You could definitely tell the people who were EDM-festival veterans to those who were not (AKA me). The experienced festival goers were dressed up in neon, glitter, tutus, totems, face paint, etc. And then there were the people walking around doe-eyed with absolutely no clue what they had gotten themselves into. (again, AKA me). But by the end of the first day I had really caught on and began to blend in to the “scene” (or so I think?). The festival-goers were from all over and were super friendly – I even made some new friends!

BUKU's schedule boasts 4 stages – the Power Plant, the Float Den, the Ballroom, and the Back Alley Stage.
The Power Plant – considered the “main” stage. The best thing about this stage was that it was outside, and it was huge so it allowed artists to have incredible lighting and stage design. It was absolutely breathtaking to watching an artist at this stage when the sun was setting. 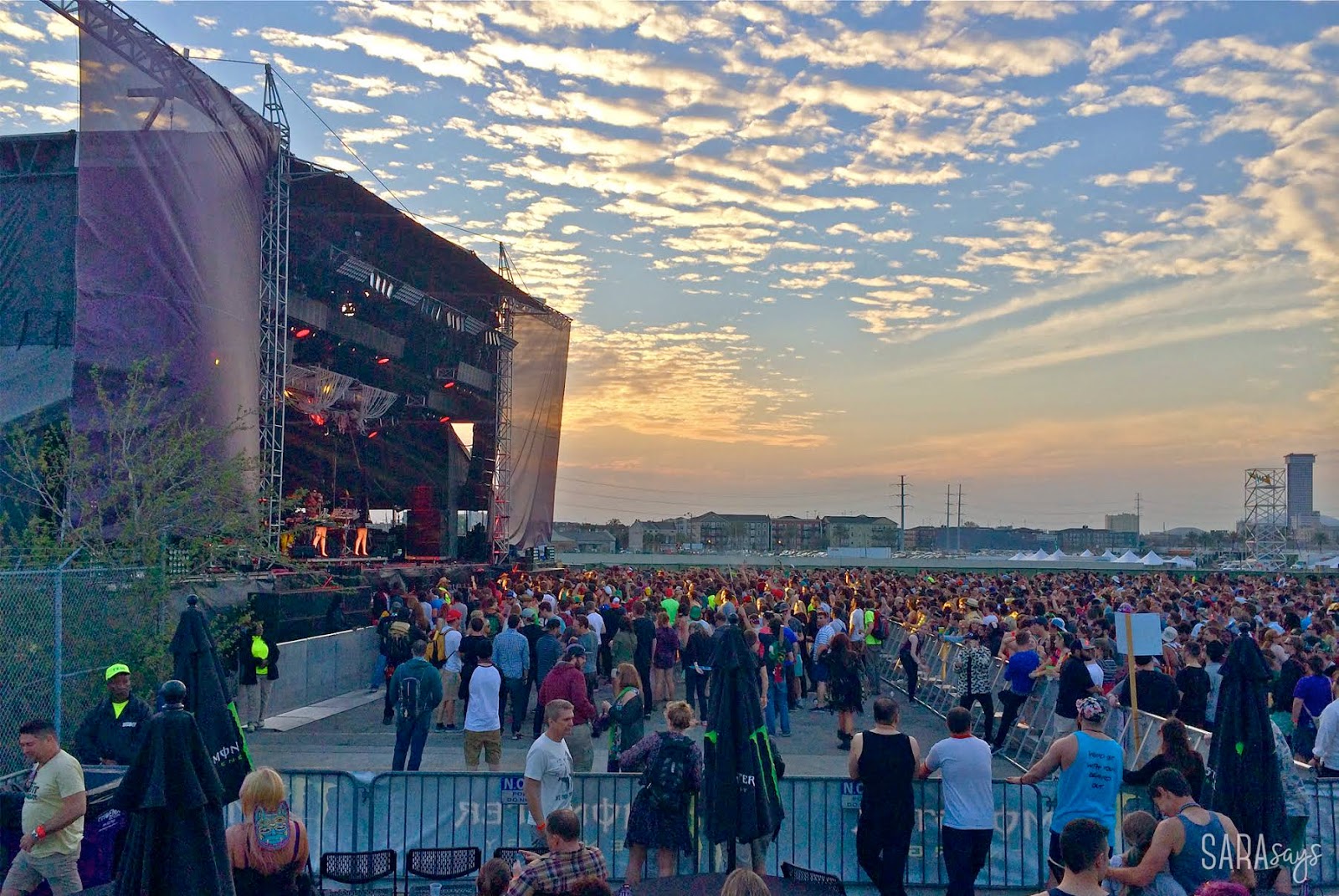 The Float Den – The 2nd largest stage that featured exclusively EDM. This stage was actually my favorite because since this is where floats are stored, the floats all along the edge of the huge warehouse made this stage sooooo New Orleans. The sound was also awesome up in there. The

Ballroom – a slightly smaller indoor stage, with equally great sound. I saw one of my favorite shows from the weekend, Phantogram, in here!

The Back Alley Stage – Definitely BUKU's smallest stage. It was outside tucked away in an actual back alley right along the water. It was so small that it provided super intimate shows, but much smaller artists.

Was BUKU basically what I expected it to be? It was just nuts. Madness I tell ya! You definitely cannot be close to sober to be able to handle it all from 2pm-2am (but if you’re someone who can, kudos). And it definitely takes a certain mindset to be able to deal with it all. But with that being said, BUKU was still fantastic. The best kind of madness. The lineup included plenty of artists who I would definitely not classify as “EDM,” so you could still enjoy some great acts even if that realm of music is not your thing. I got to see The Flaming Lips, Explosions in the Sky, Sleigh Bells, Phantogram, and many others. But I did attend plenty of the DJ sets and really enjoyed myself!

As far as festival highlights, a few acts really stood out to me. Carnage was one of my favorite house/trap DJs of the weekend. Albeit being one of the “mainstream” acts, Zedd (a perfect example of the scrawny-white-DJ stereotype) put on a fantastic show and had one of the best light shows of the weekend. Another stand out light show was The Flaming Lips. And although I love their music, I definitely got a sense that it is made for people who are on various acidic substances (and there were definitely a lot of those people there). Ellie Goulding is a personal favorite of mine and she once again put on a great show. A band that I have recently gotten into, Phantogram, had a really fun and energetic show that is one of my favorites from the weekend.

Was it absolutely exhausting? Yes. Was it sometimes overwhelming? Yes. Did a drunk 18- year-old try to grind with me? Ugh, unfortunately yes. But was it all worth it? Definitely. Mardi Gras World was a great venue and we were lucky to have great weather. The festival was small enough in size to be perfect for someone (like me) who had never experienced the EDM culture before but big enough for the crowd to get absolutely insane. The food and drinks weren’t ridiculously overpriced. There were also really cool art vendors. Everyone there was generally friendly and didn’t have any problems with people trying to get closer to the stage–although I’m sure the friendliest people were the ones who were on the most drugs. And like I said before, there was enough variety of artists to satisfy all festival-goers.

BUKU runs from Friday to Saturday, so come enjoy the festival then have a walk around downtown NOLA on Sunday (while nursing your hangover). I had an absolutely amazing experience and with another kick ass lineup this year, I am hoping to return! This time as a more experience EDM festival goer who knows what the hell she's doing.

Here are a few more pictures from my BUKU experience! Check out my blog (link to blog) to read more about my festival/concert/travel experiences! 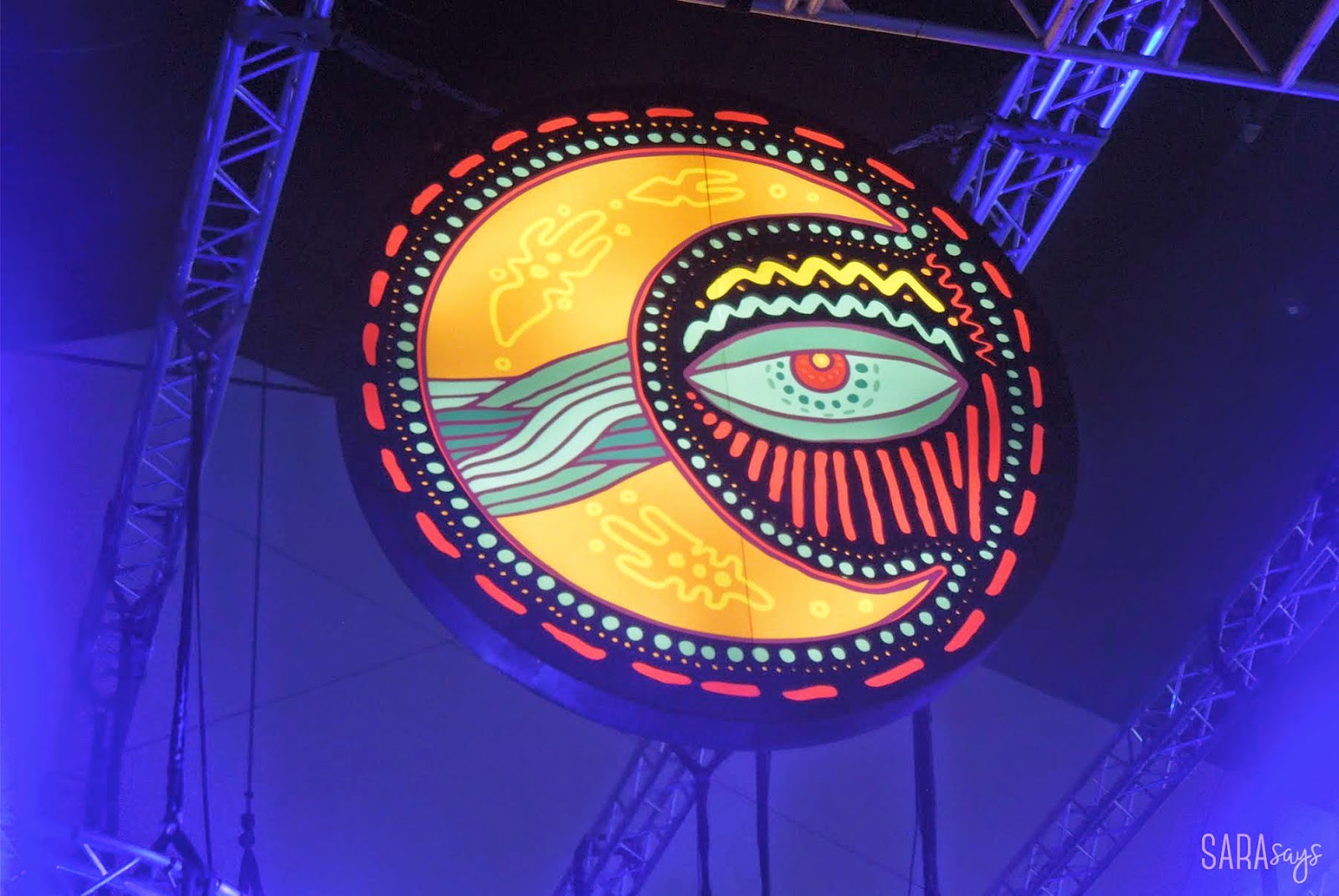 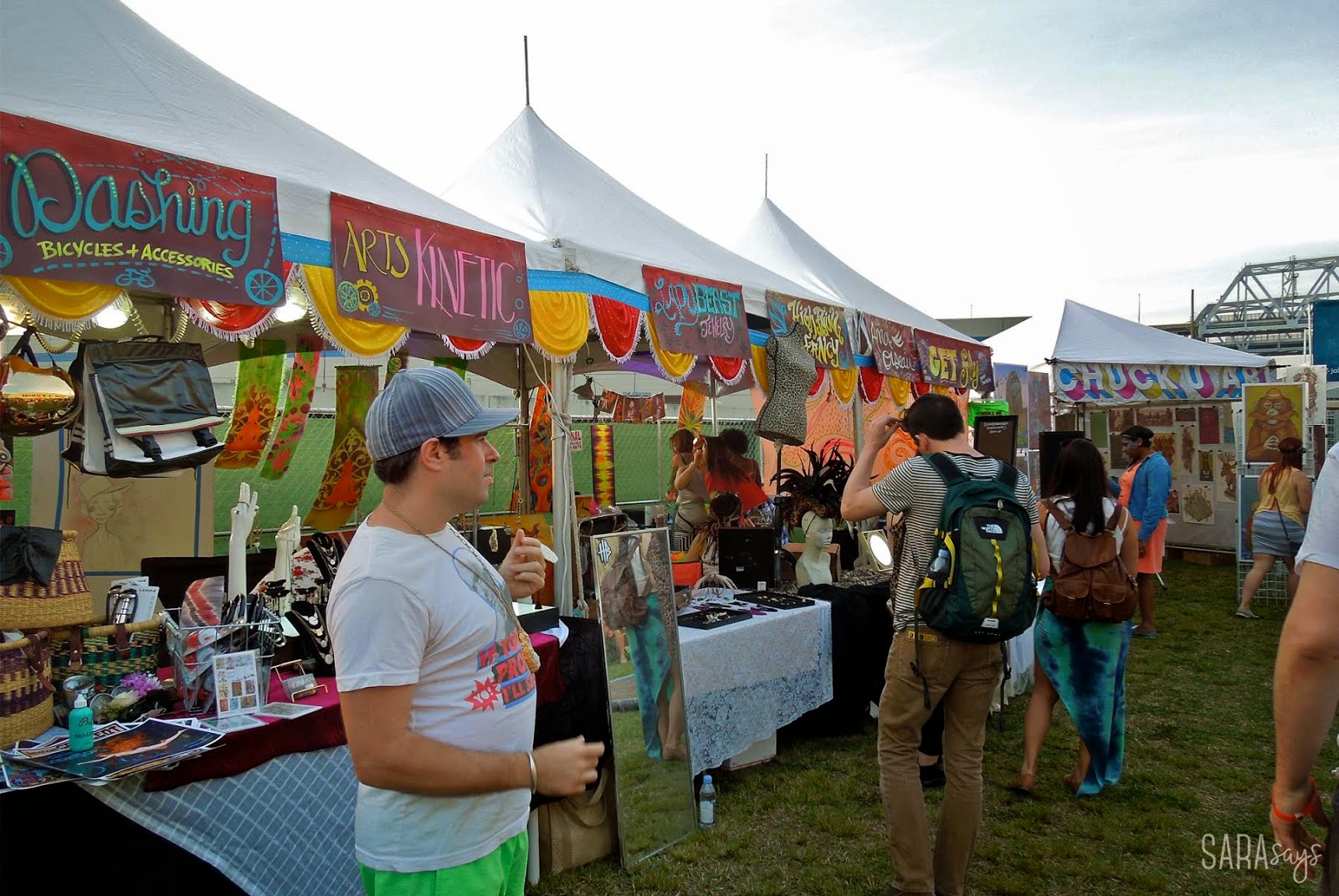 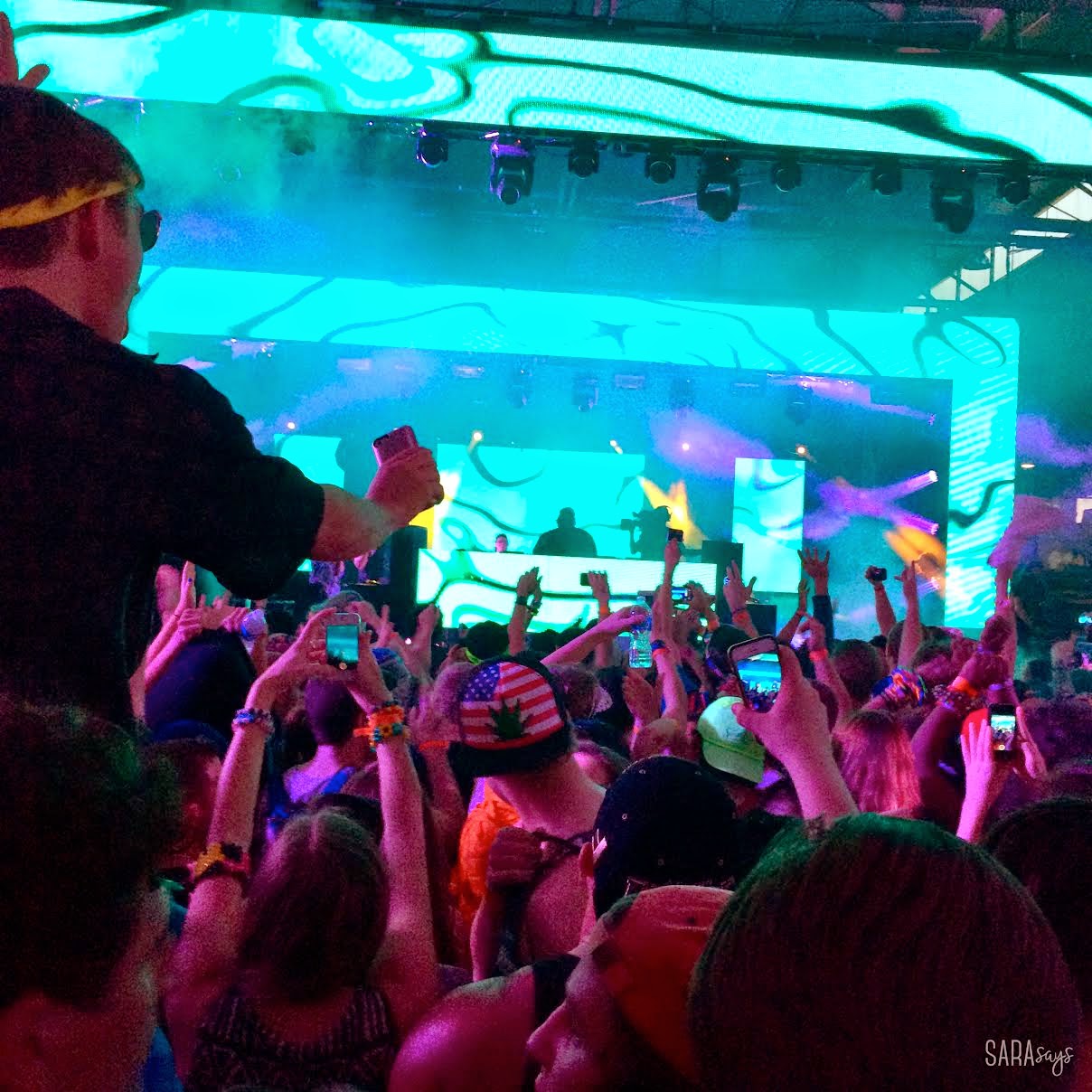 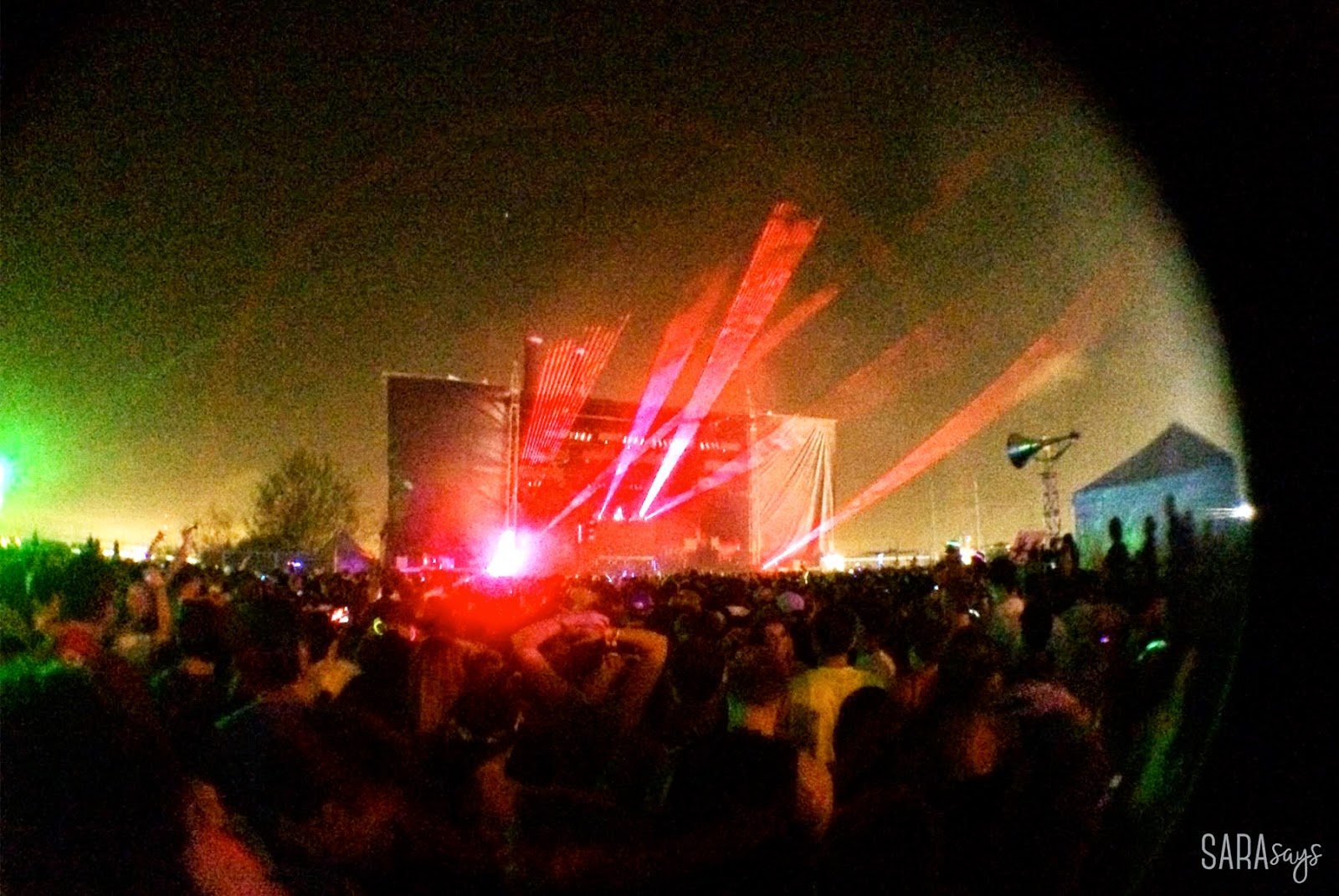 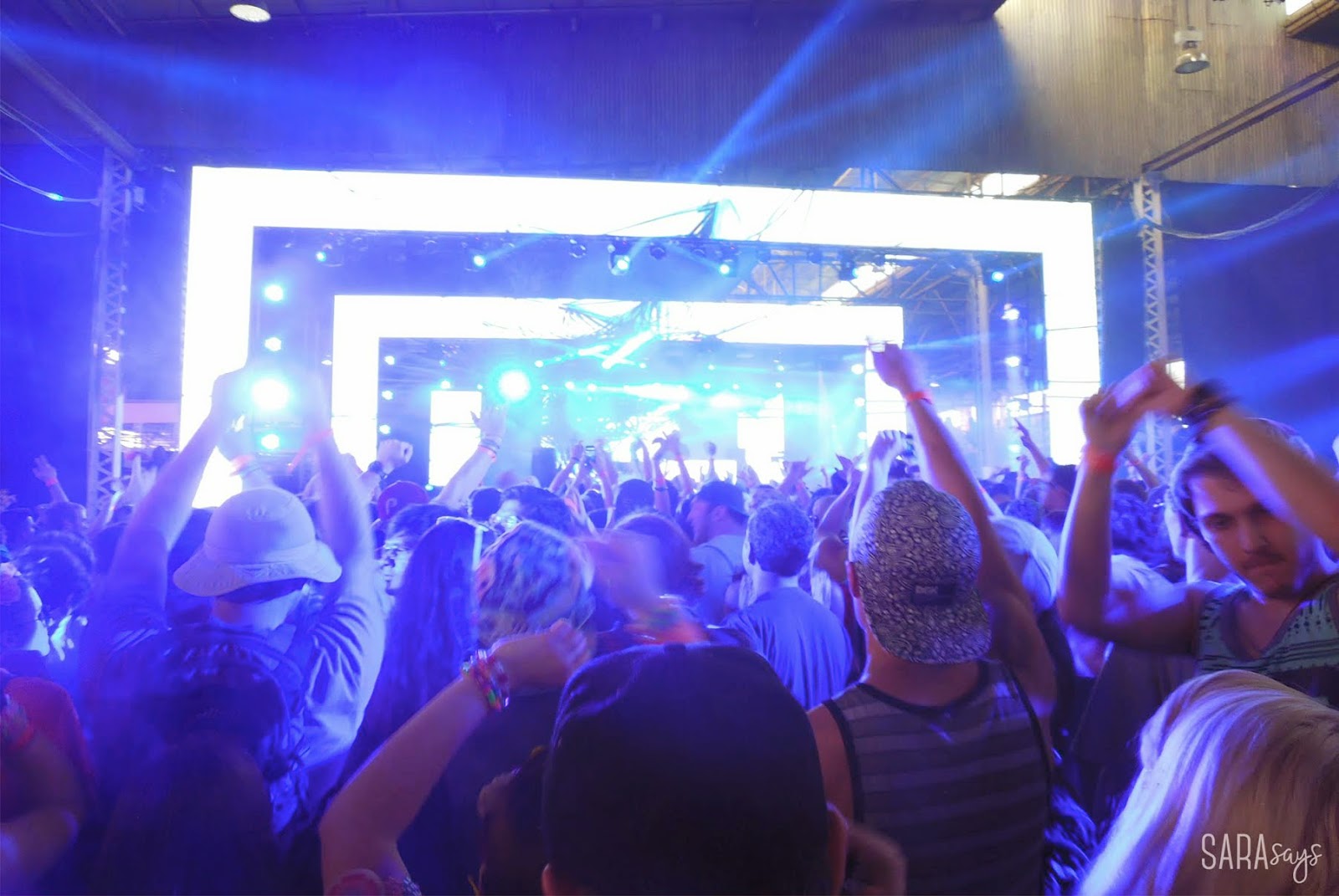 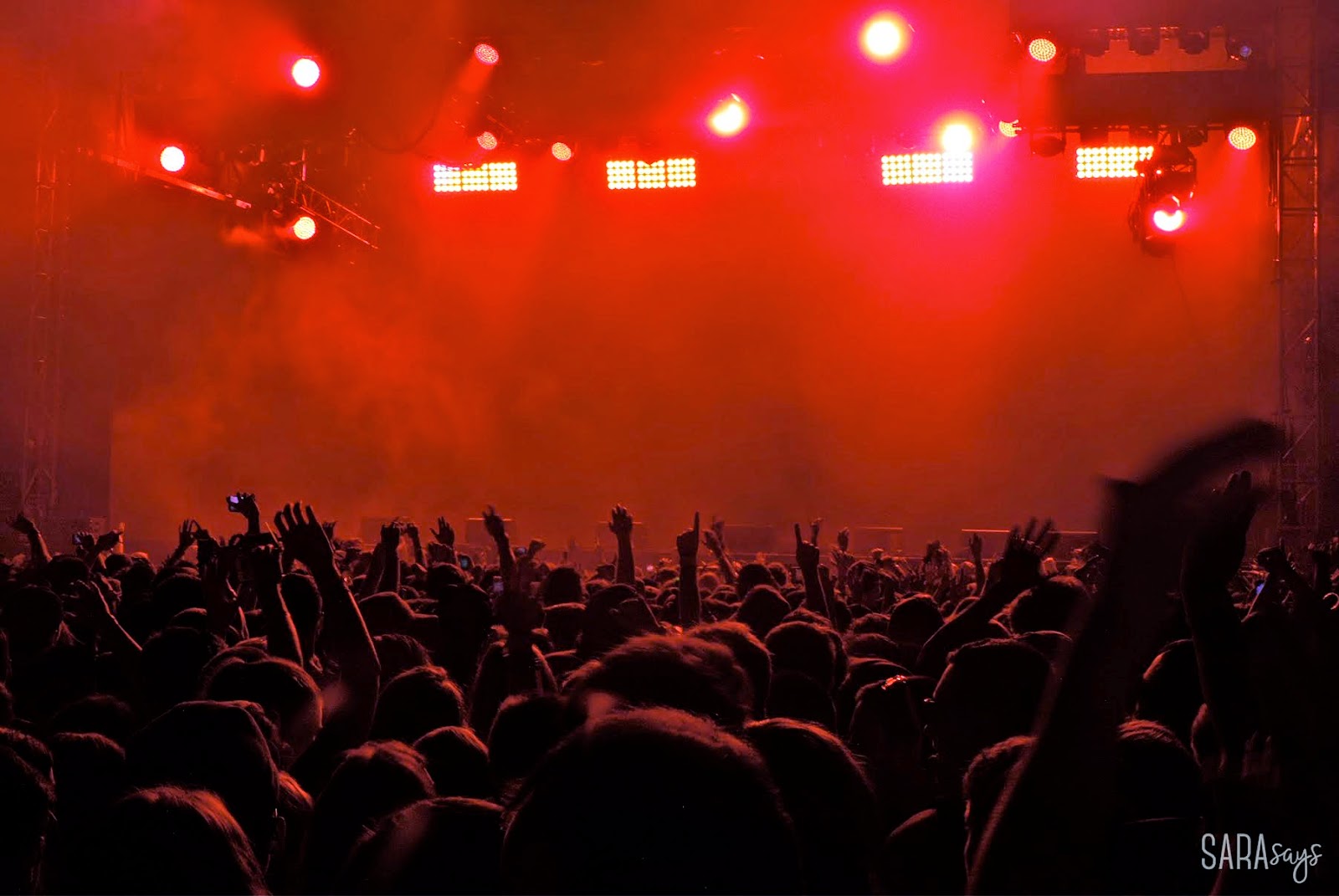 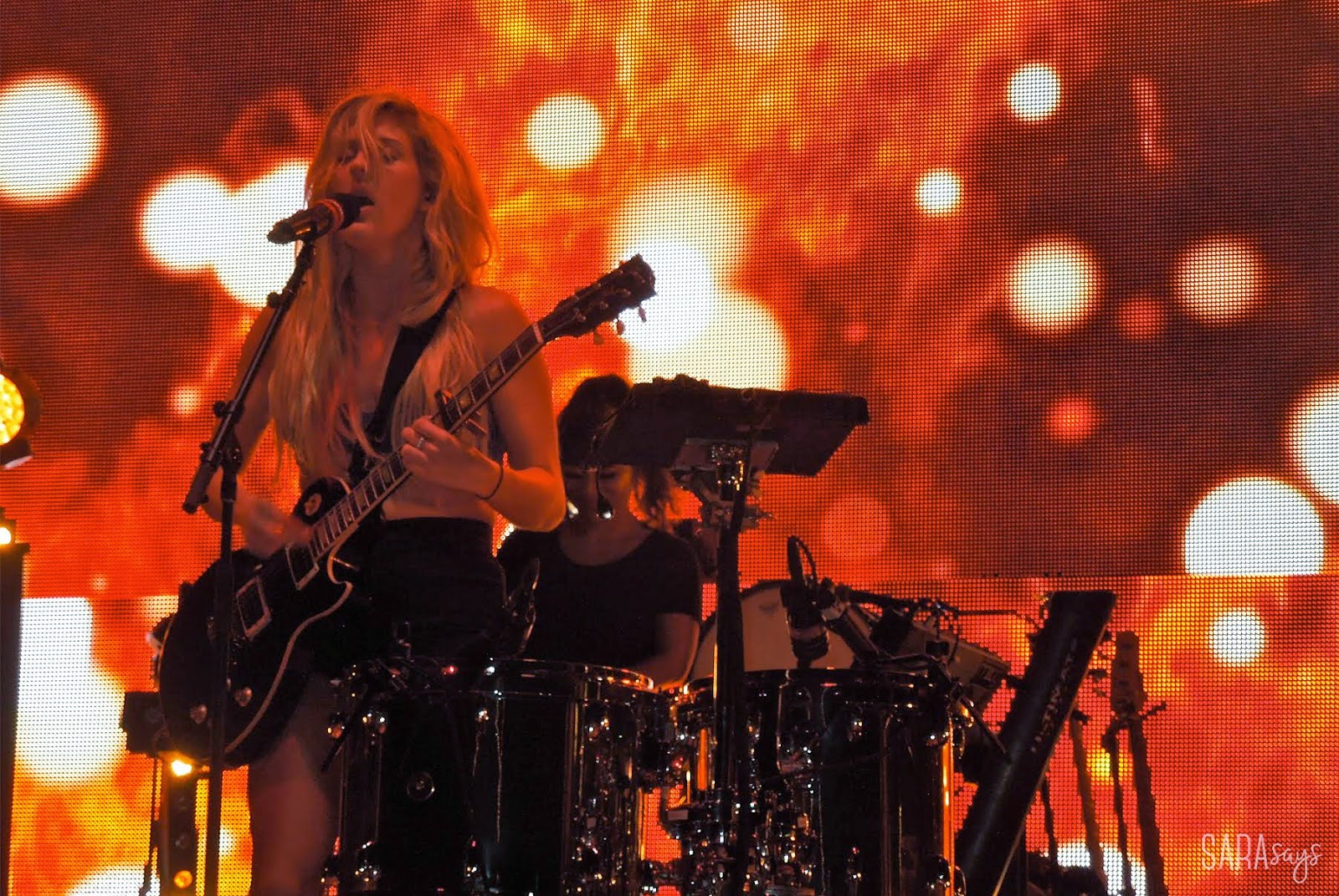 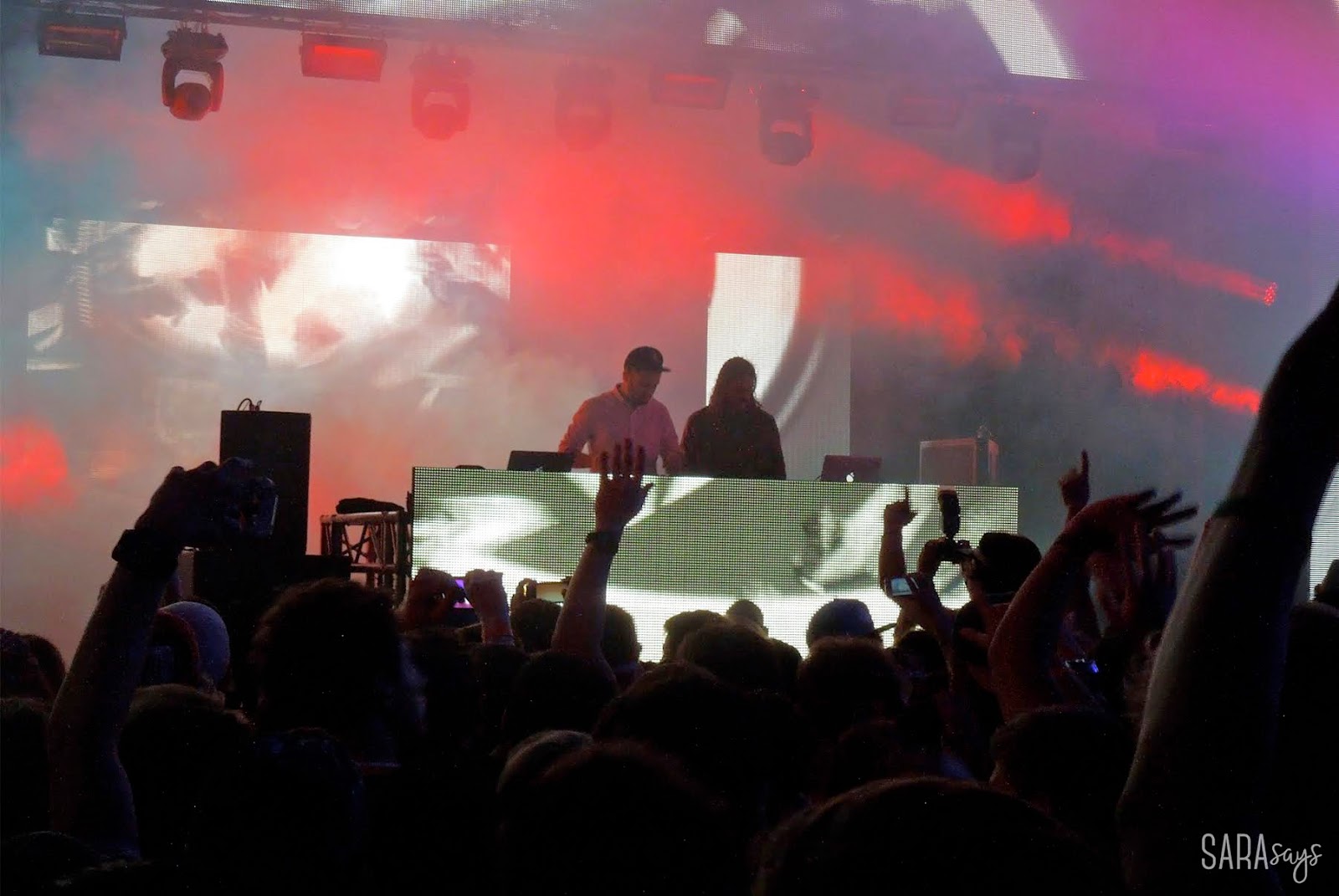 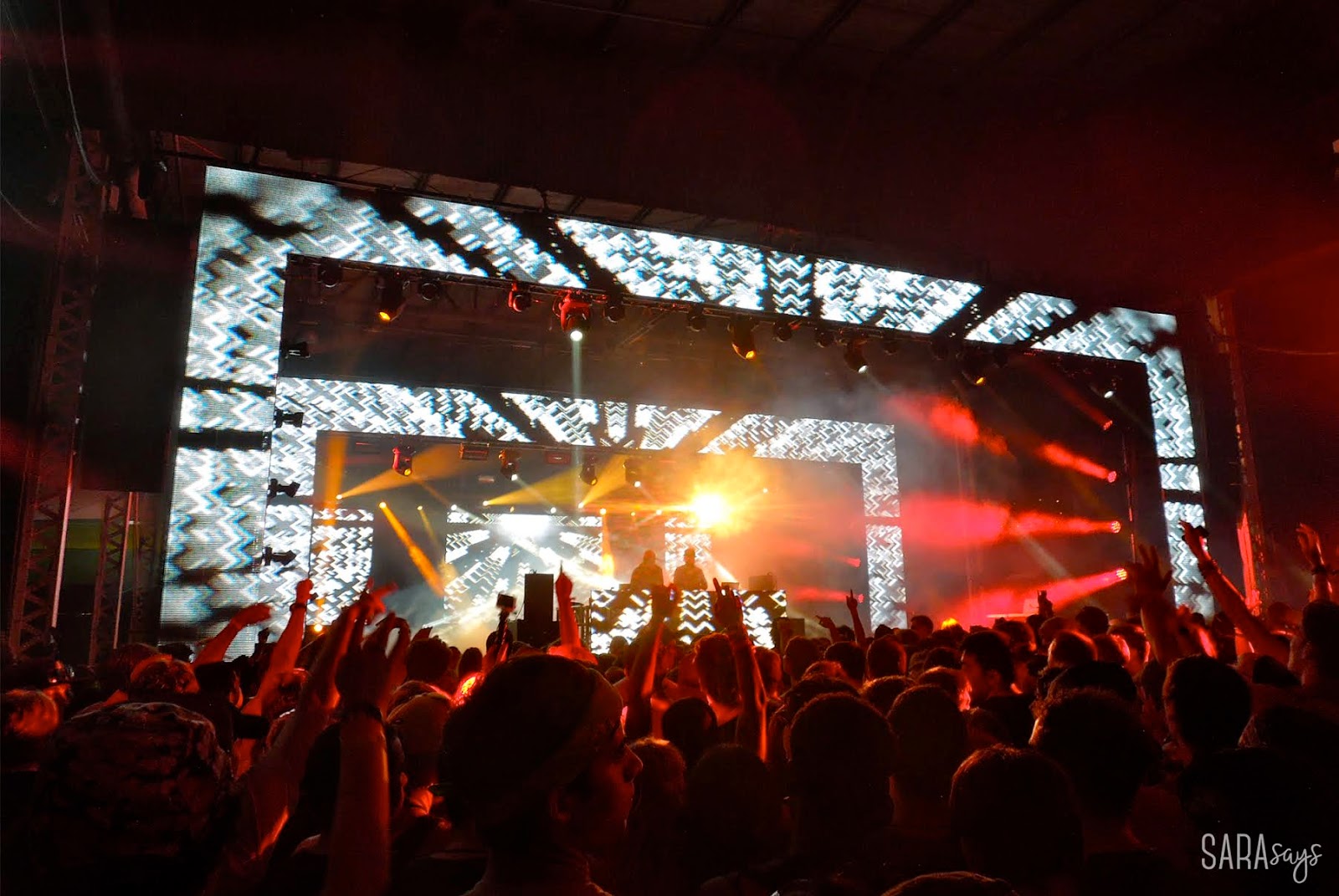 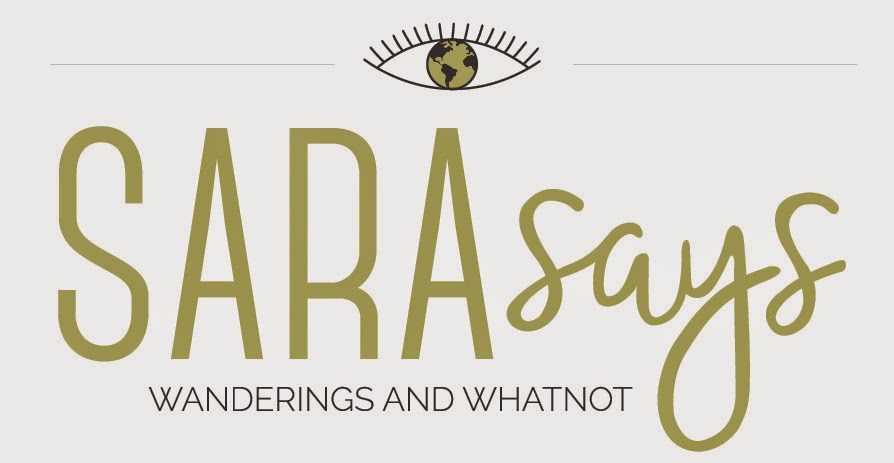 How to Travel the World No Matter Where You Live What You Need to Know About Moving Abroad