travel
This
post was sponsored by AT&T. The opinions are completely my own based on my experience.

I flew into Memphis Friday night with no expectations. The last time I was in Memphis, I was 11 years old and my sole (or you could say soul) purpose was to see Elvis' home of Graceland. This time around I came for the Beale Street Music Festival.

With so many music festivals to choose from this time of year, it's hard to pick. But after spending the weekend in Memphis, I can tell you firsthand this one is not to be missed. This year marked the 39th installment of the Beale Street Music festival. With 60 artists, four stages, and great food, I was ready to see what Memphis in May had to offer.
The weather was unexpectedly awesome. I'd heard it usually rains, but this weekend came with crystal clear sky's and pink sunsets. 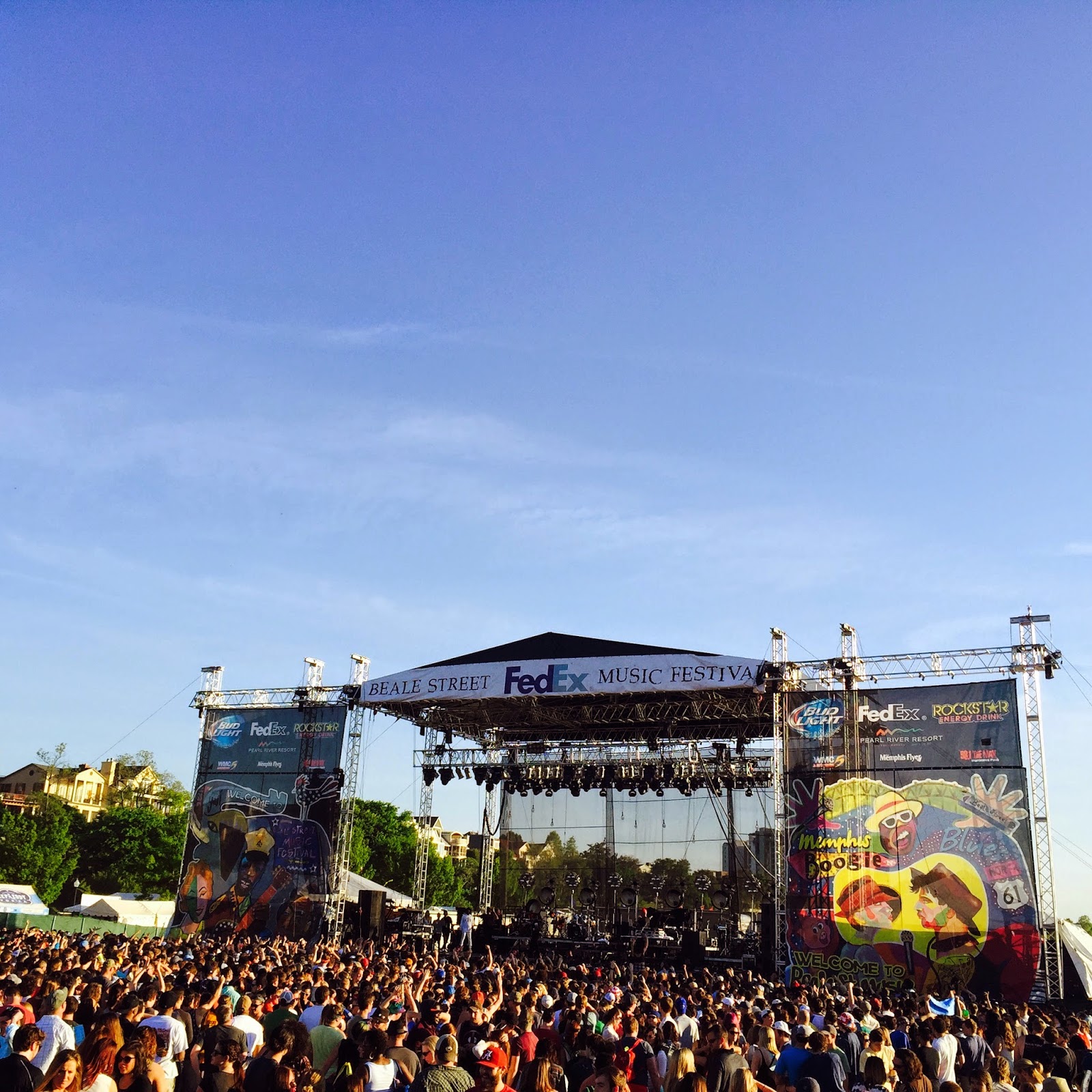 It's usually hard to get a signal or the perfect shot at a music festival, but I was #GoodToGo with my AT&T GoPhone. Plus, the setup at Beale Street Music makes it very easy to get around. It's a straight shot on the 30-acre Tom Lee Park bordering the Mississippi River.
The views aren't bad. 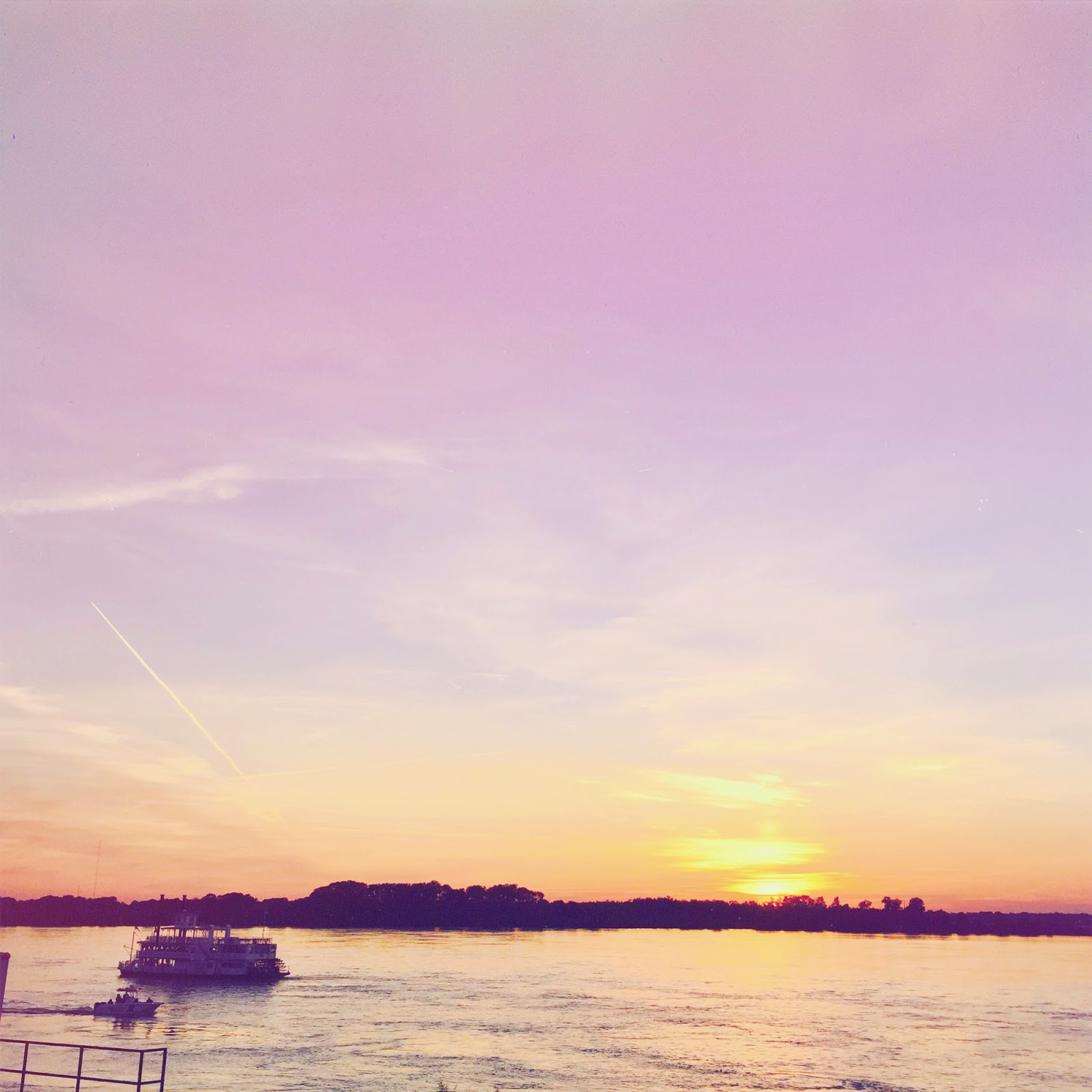 Hozier and G-Eazy played against a backdrop of the sun setting behind the river, while headlining artists like The Avett Brothers, Paramore, John Fogerty and Ed Sheeran performed with a huge moon as their spotlight. All this, plus some pretty great pyrotechnics. 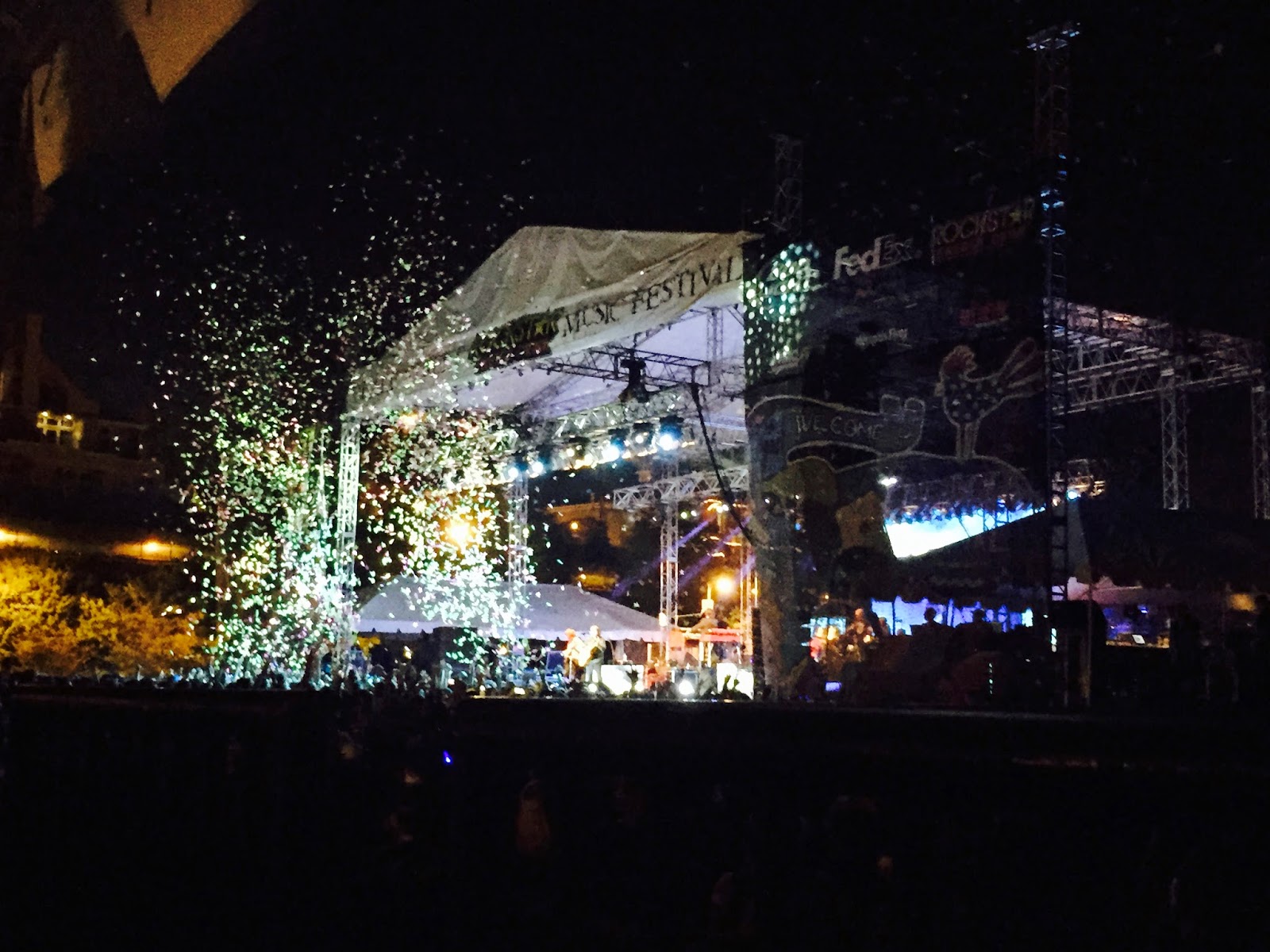 People from 49 states and 18 countries come each year to experience Memphis in May. And I can see why. Not only does Beale Street Music festival pull in great artists, the organizers make sure to include something for everyone. From rock to hip-hop to alternative, you name it, the event maintains its southern roots but gives visitors an eclectic mix of music from around the world.

One such act I discovered at the festival was Myslovitz, hailing from Poland. The lead singer played along with the crowd and the lead guitarist jumped around on stage, no matter the tempo of the song. 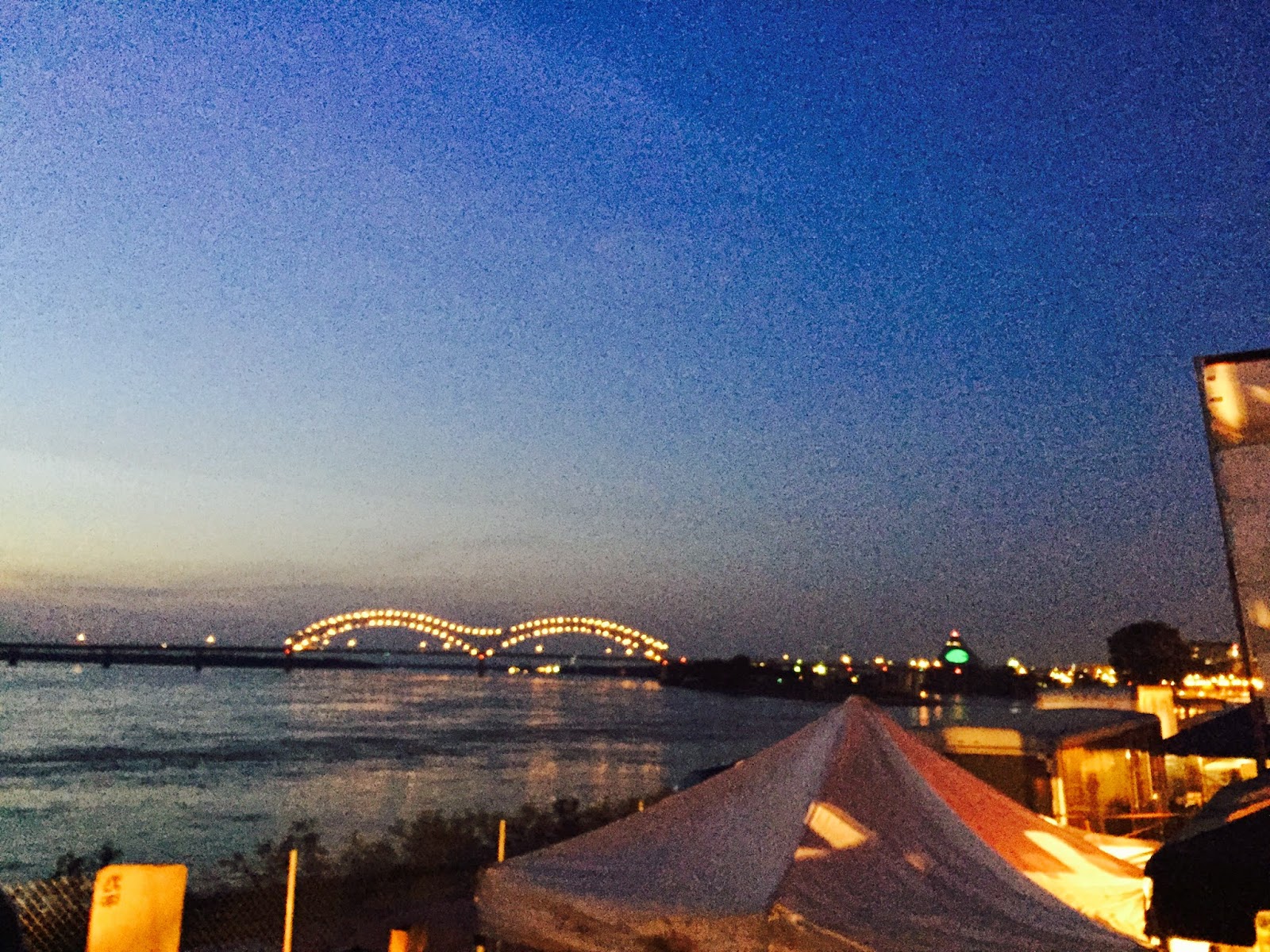 Visitors choosing to take a break from the music could find a spot on the lawn or could take in the views of the Mississippi while feasting on down home Bar-be-Que. 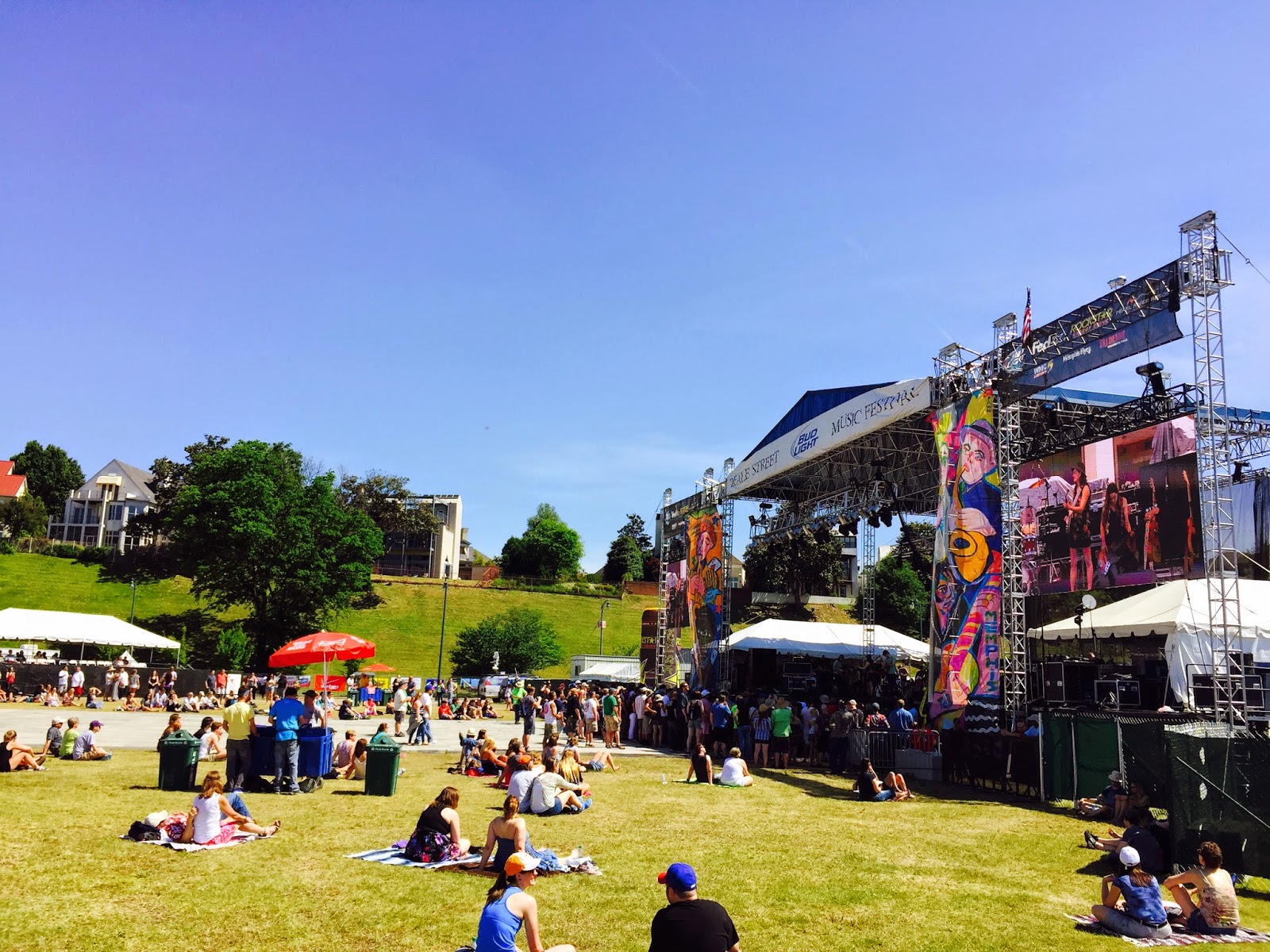 Plenty of shady spots allowed fans to grab a drink and still hear the music from any place. The three stages (plus one blues tent) were spaced far enough apart so as not to interfere with performances going on simultaneously. 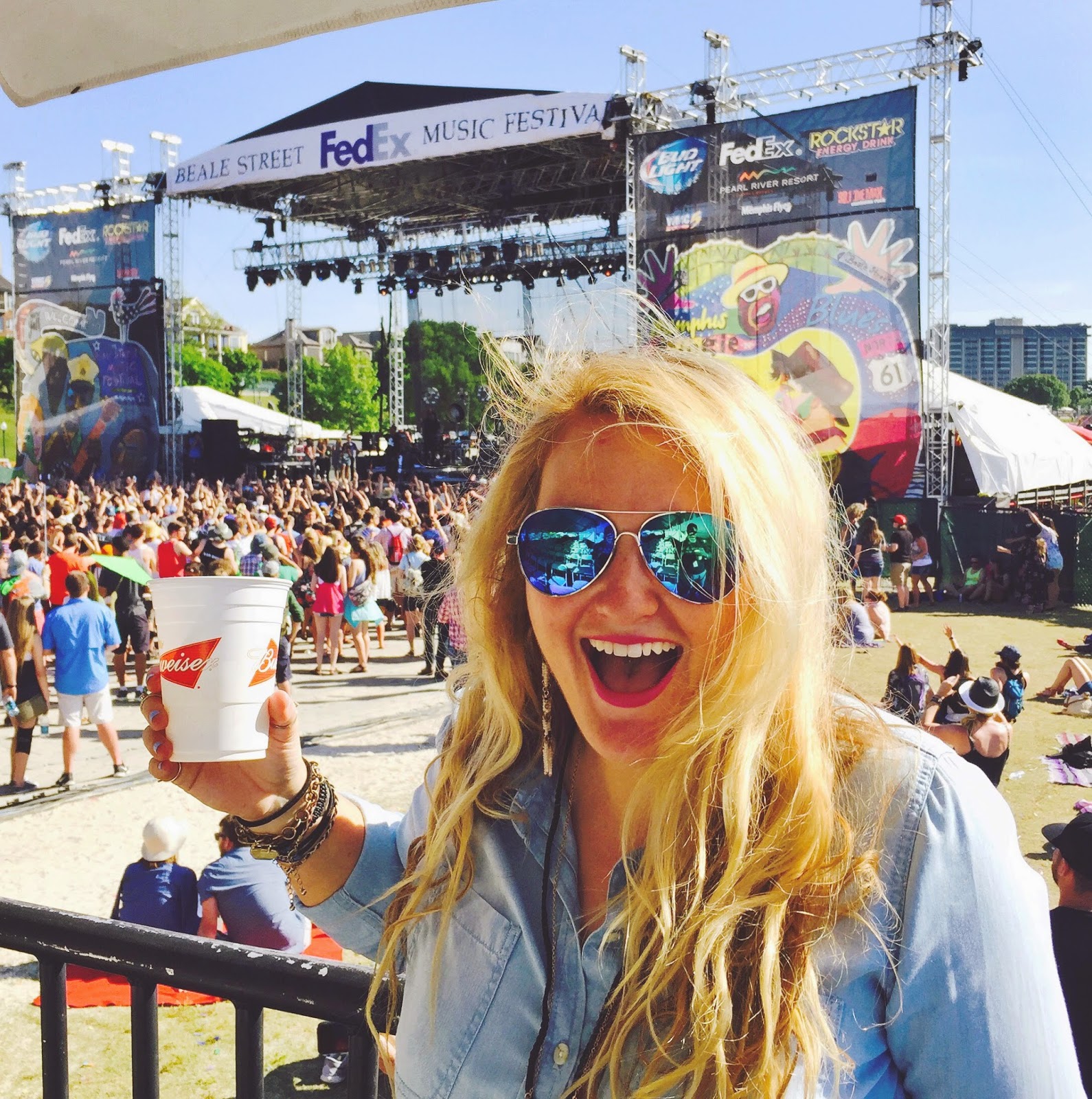 Despite an estimated crowd of more than 100,000, it never seemed overcrowded. I loved the people I met, like artist George Hunt, who for over 20 years has been designing the fabulous Beale Street Music Festival posters. I met another man from Nashville who's been coming to the festival for the past 16 years. He said, “It's one of those things I have to do every year.”

Whether you live nearby or have to travel from far away, put the Beale Street Music Festival on your festival bucket list. It's the ideal place for a music junkie or anyone looking for a good time.

I want to thank AT&T for hosting my trip to this wonderful music festival. An amazing opportunity. I especially want to thank Kevin Grothe, Vice President of Sponsorships for Memphis in May. This was one of the best festival experiences ever. Thank you for taking the time to show me around and get a real taste of Beale Street Music Festival. I will definitely be back next year.