If you walk into my house right now, it will feel like the middle of the night. The doors and windows are all covered in tin foil. As I look down at my hands while I'm typing this, I notice flecks of blacklight paint still stuck on the edge of ring, and my nails still have traces of bright pink and yellow neon. Michael and I don't throw parties that often, but when we do, we make it count. 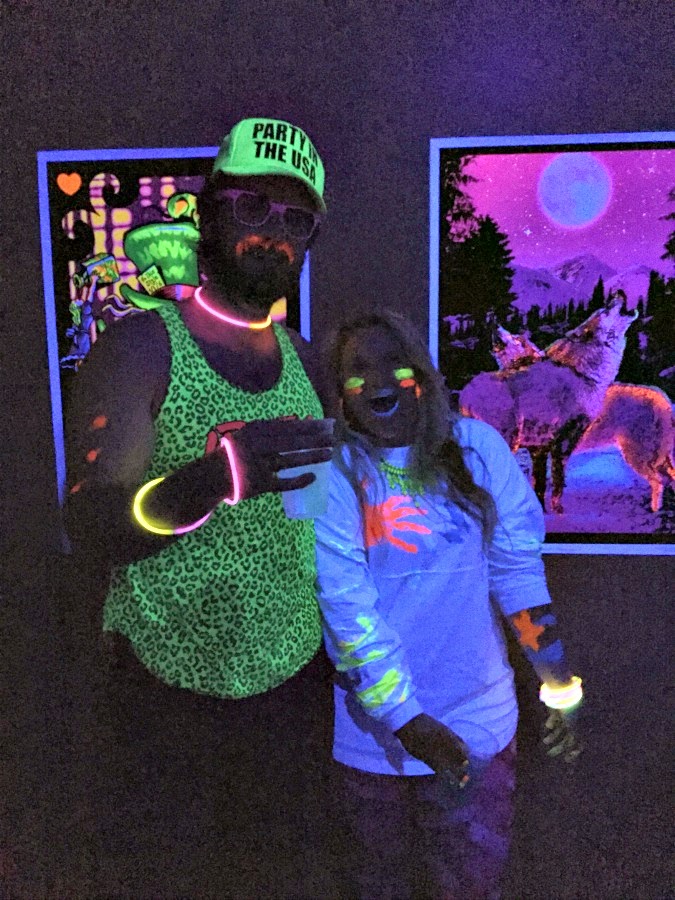 This past weekend we had a black light party. Which meant our Friday was spent measuring and taping sheets of tin foil over the windows (Michael is extremely particular and it had to be just so.) We hung funky posters on the wall, opened bottles of black light paint, arranged 200 glow sticks, bought a myriad of different beverages- including tonic water- which happens to glow in blacklight, made a 12 hour spotify playlist, and finally screwed in the bulbs. 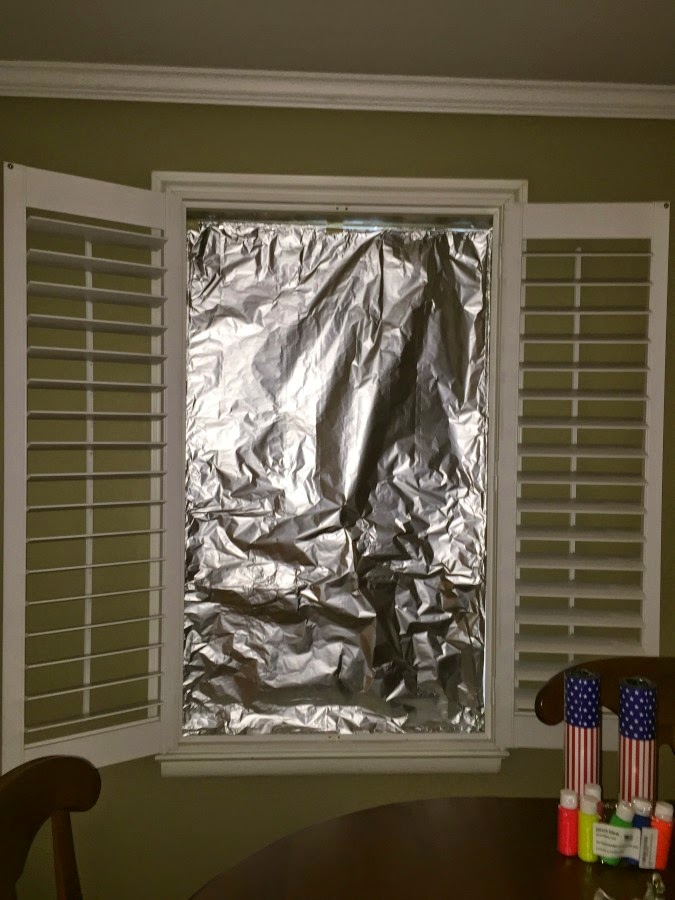 We ran out to Sonic Happy Hour to buy route 44 blue coconut slushes to mix with 151 (a lethal and very fun combination. 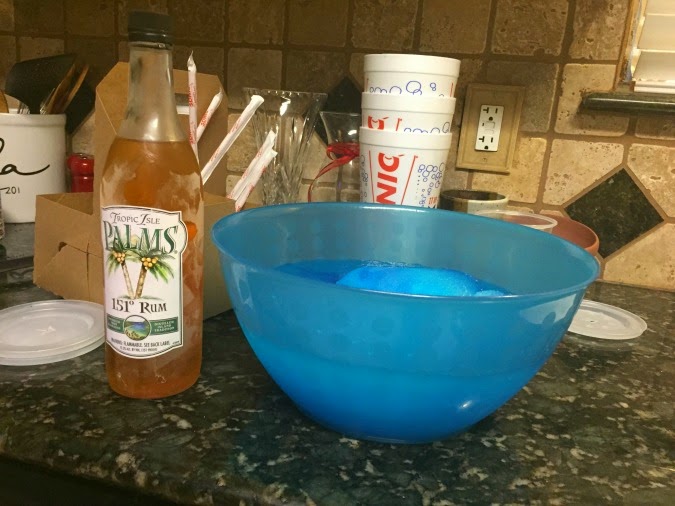 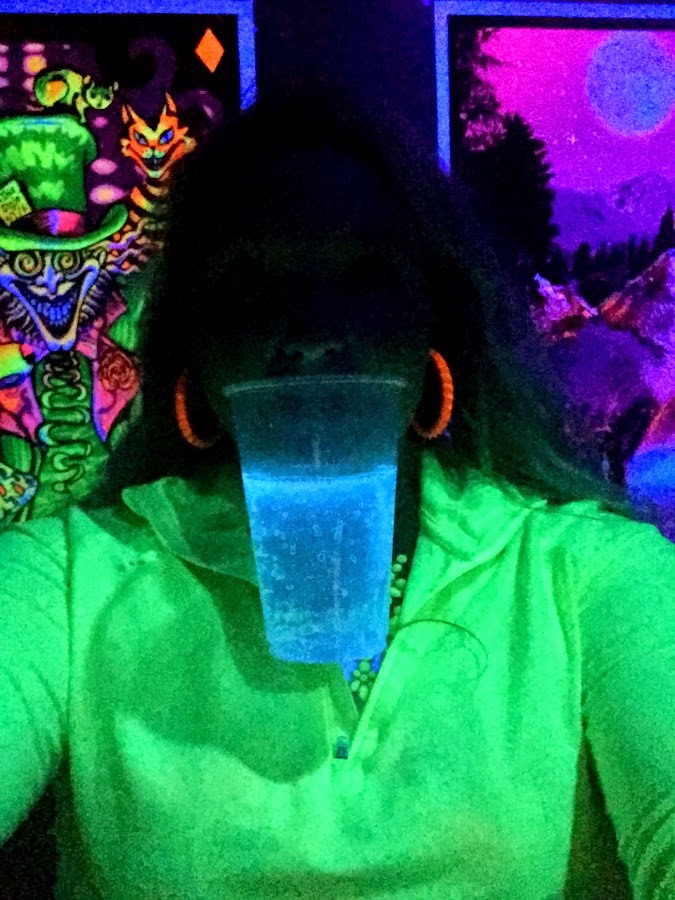 People came to our house around two, wearing white and neon. Michael cracked open glow sticks and sprinkled it over the plastic table cloth (and got it all over the walls). Girls put on the pink and blue black light lipstick. When the door opened and we could actually see what it was like outside, I felt like a vampire, shrinking at the sight of the light. 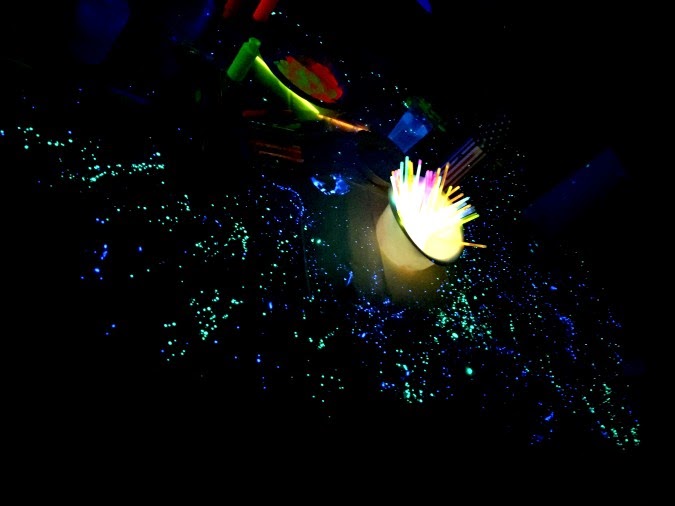 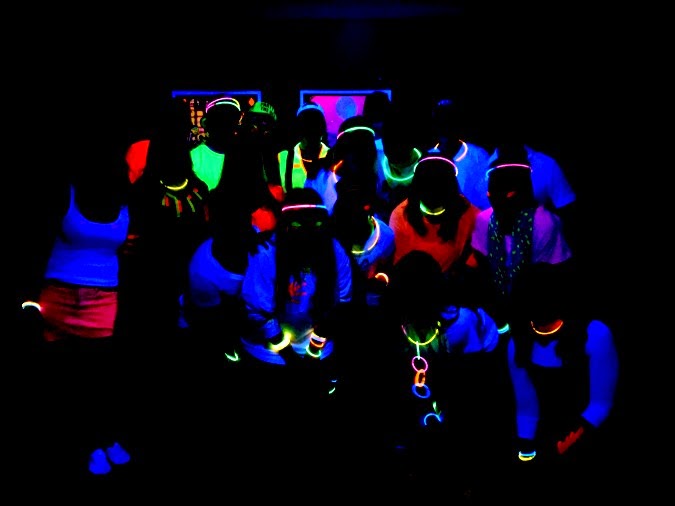 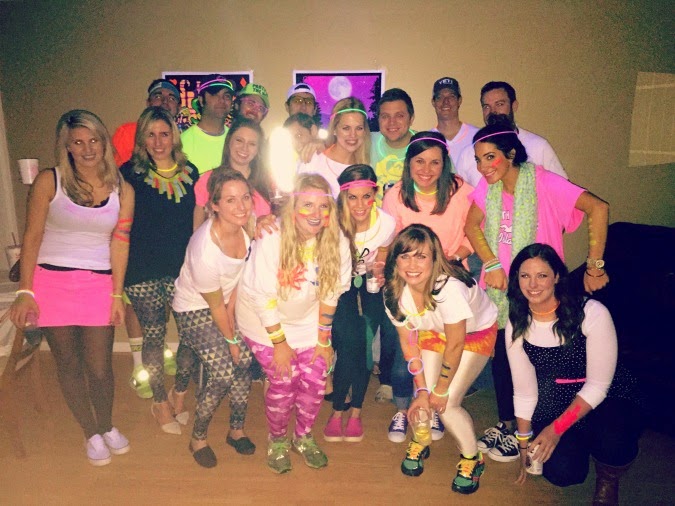 We look better in Black light. Look, Sarah came!
Aside from raving the night away, we broke for pizza and late night cinnamon rolls. 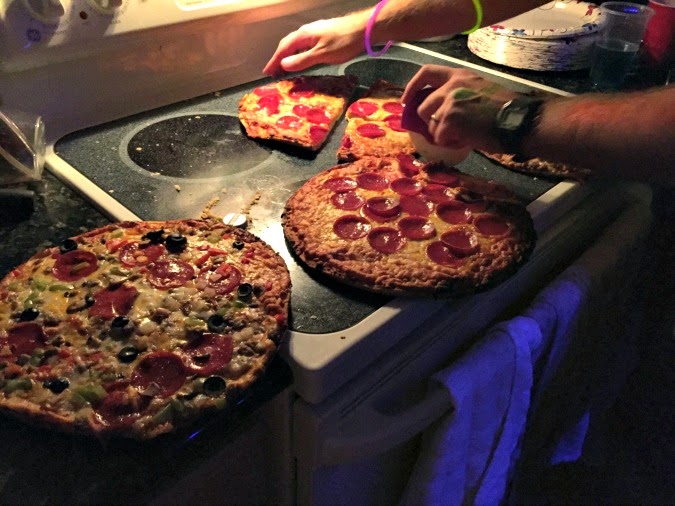 People trickled in throughout the day and night, and we even decided it would be a good idea to go to a bar, all decked out. Michael and I partied from 2pm until 2am, and it's safe to say we're still recovering. 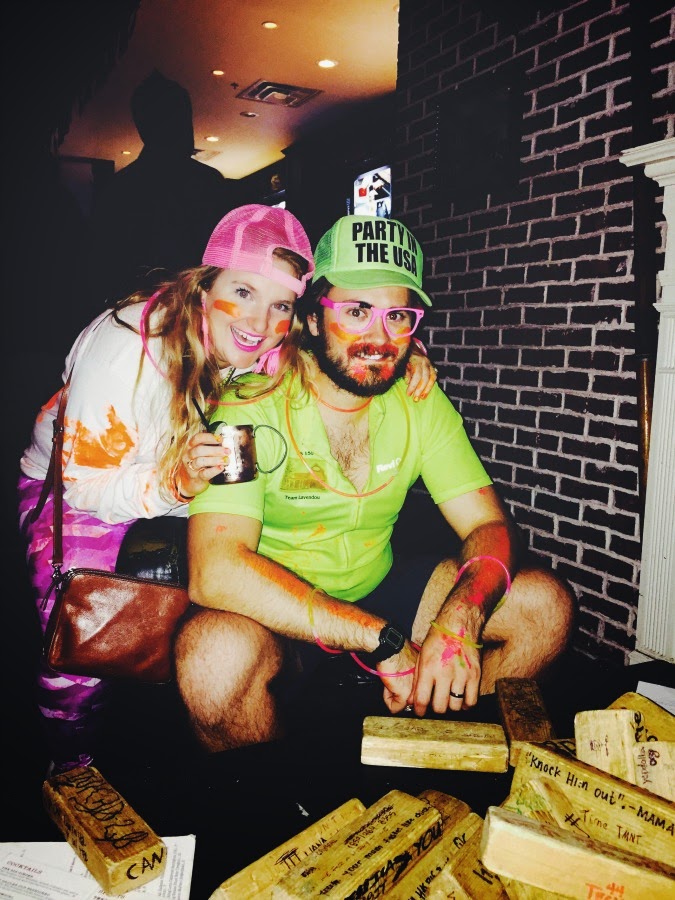 If you're wondering, I'm still recovering from all the fun. I guess 28 won't be so bad.