Live For The Weekend

There isn't enough concealer in the world to hide the circles under my eyes right now. But they're the good kind of bags. The kind of bags that meant I stayed up late dancing and shouting and acting like the weekend will never end. This is one of those days that I'm kind of glad it's a Monday. The weekend was so good, and felt so long, that I'm actually just excited to reflect back on it. I also need to put myself on a detox after all the food I ate this weekend. 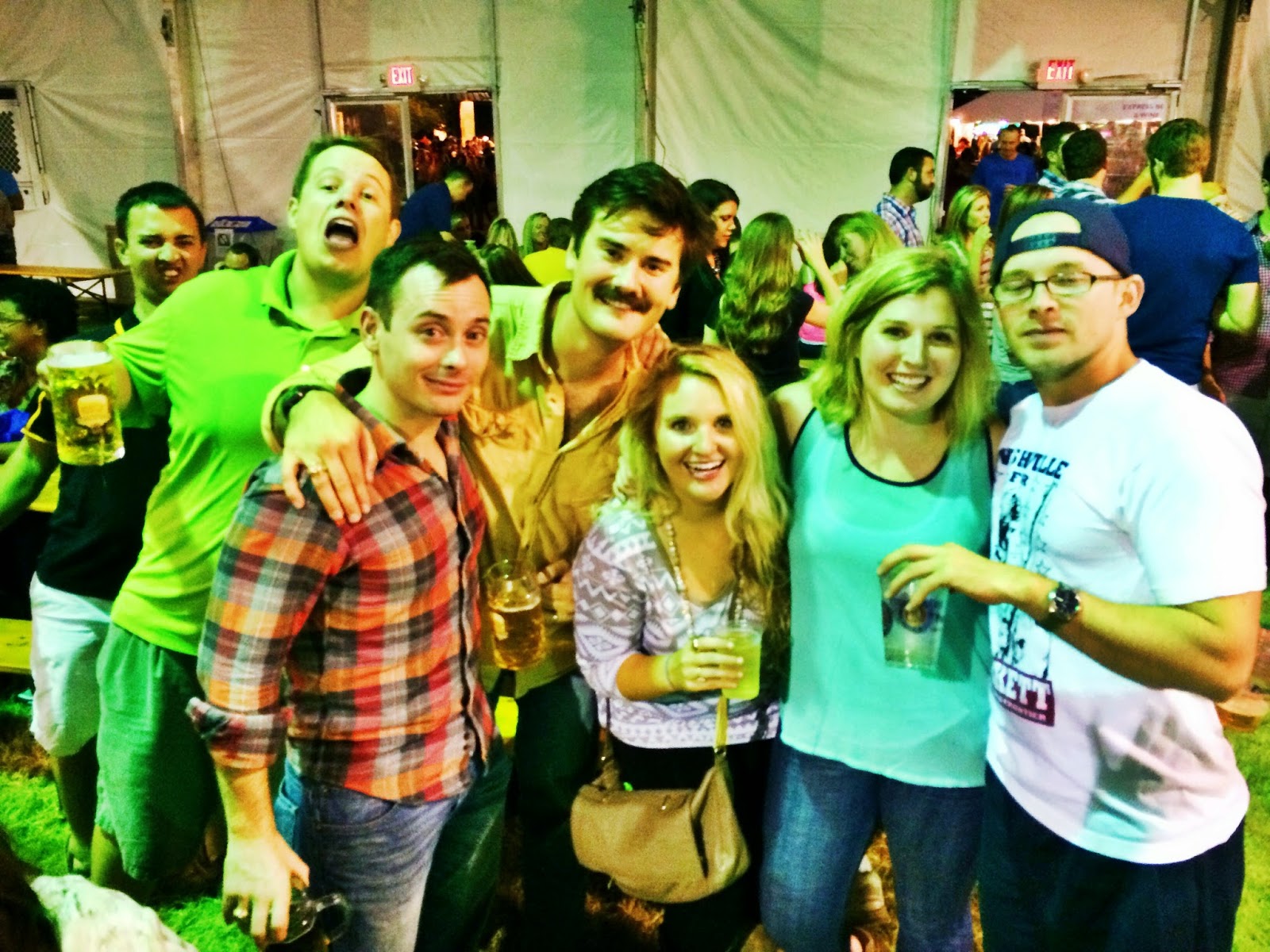 Michael and I had some friends in town and we started with Oktoberfest, in Addison, Texas. This was Michael and I's 9th time to go to the festival. No, it's no, Oktoberfest in Germany, but they certainly do a good job: all the sausage, sauerkraut and schnitzel you can eat, polka dancing, arts and crafts (we didn't quite make it to those), and enough beer to fill a small village for the year. We sat at one of the long wooden tables playing a game we call quarters (although it's not quarters) using a euro coin. 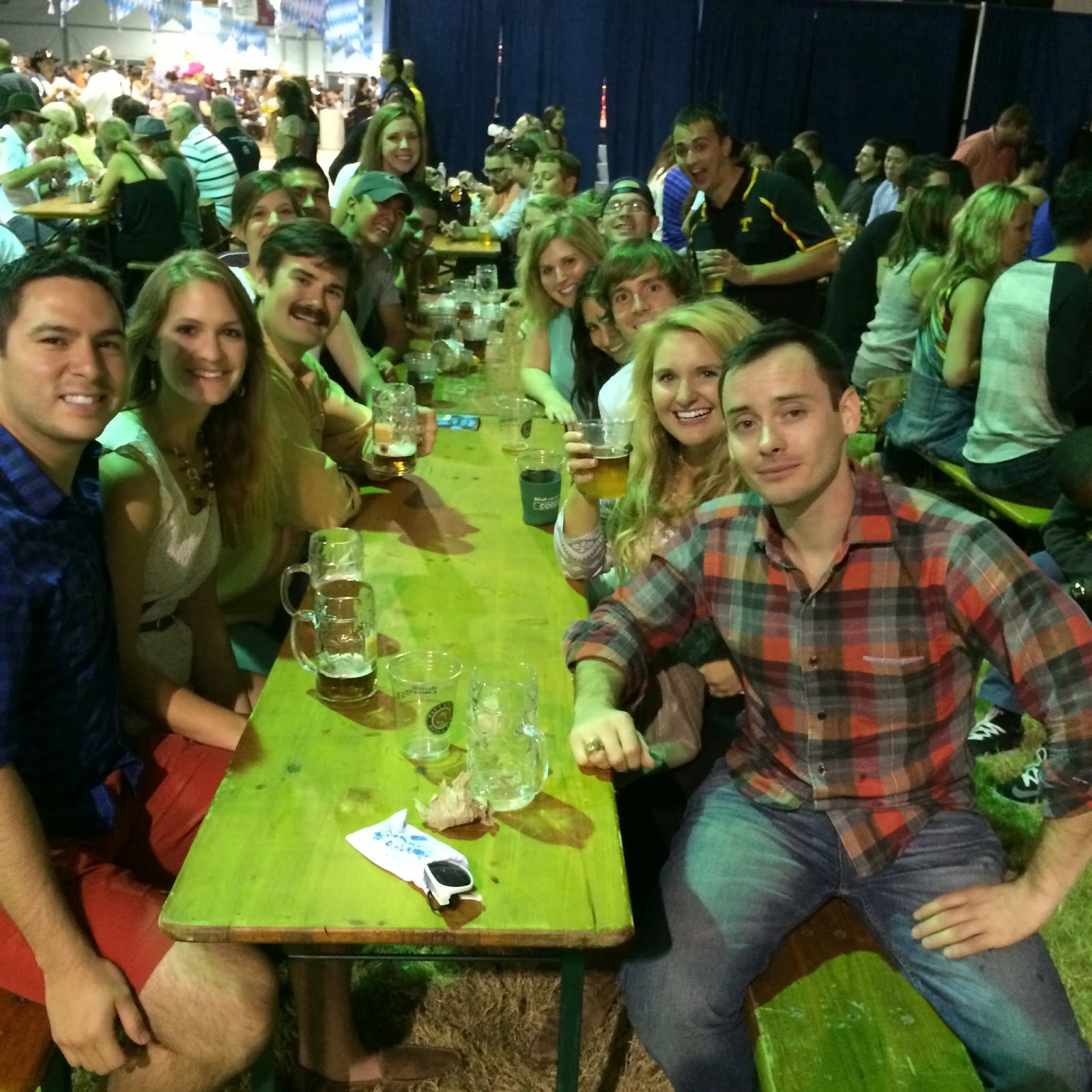 If your team loses you drink. I was about 1/4th through my first cup and just couldn't do it anymore. I told Michael, “I'll be right back.” I sauntered off to get what I really wanted to drink: wine. The line was short, in fact, there was no one in it besides me. I'm the only one to drink wine at a beer festival. 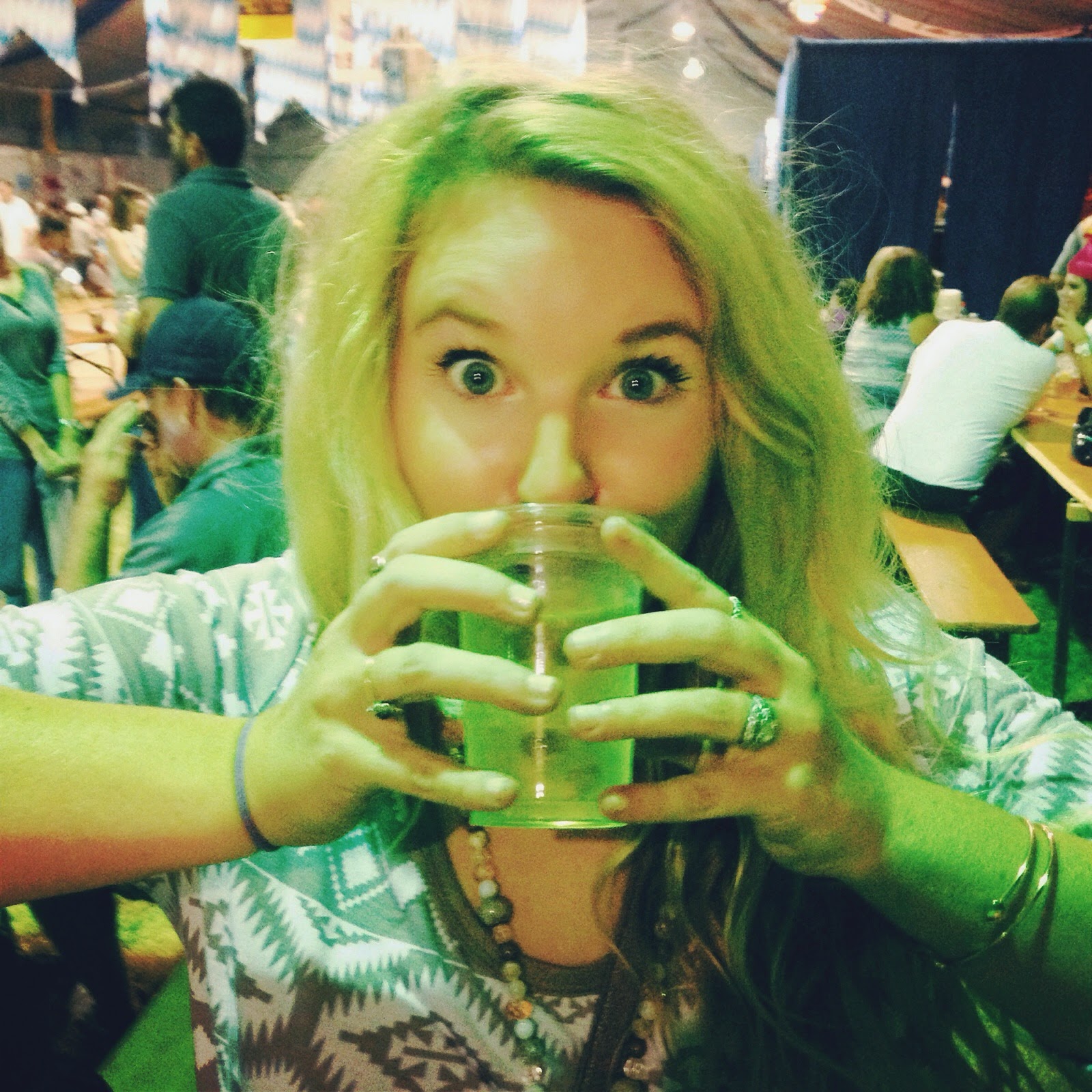 Saturday was game day, and even though I claim to not care about sports, I wore maroon. Despite attending the rival team (SMU) every one I was hanging out with went to A&M, plus I just didn't feel like being on the losing side. The Aggies defeated the Mustangs 58 to 6, so it looks like I made the right decision. 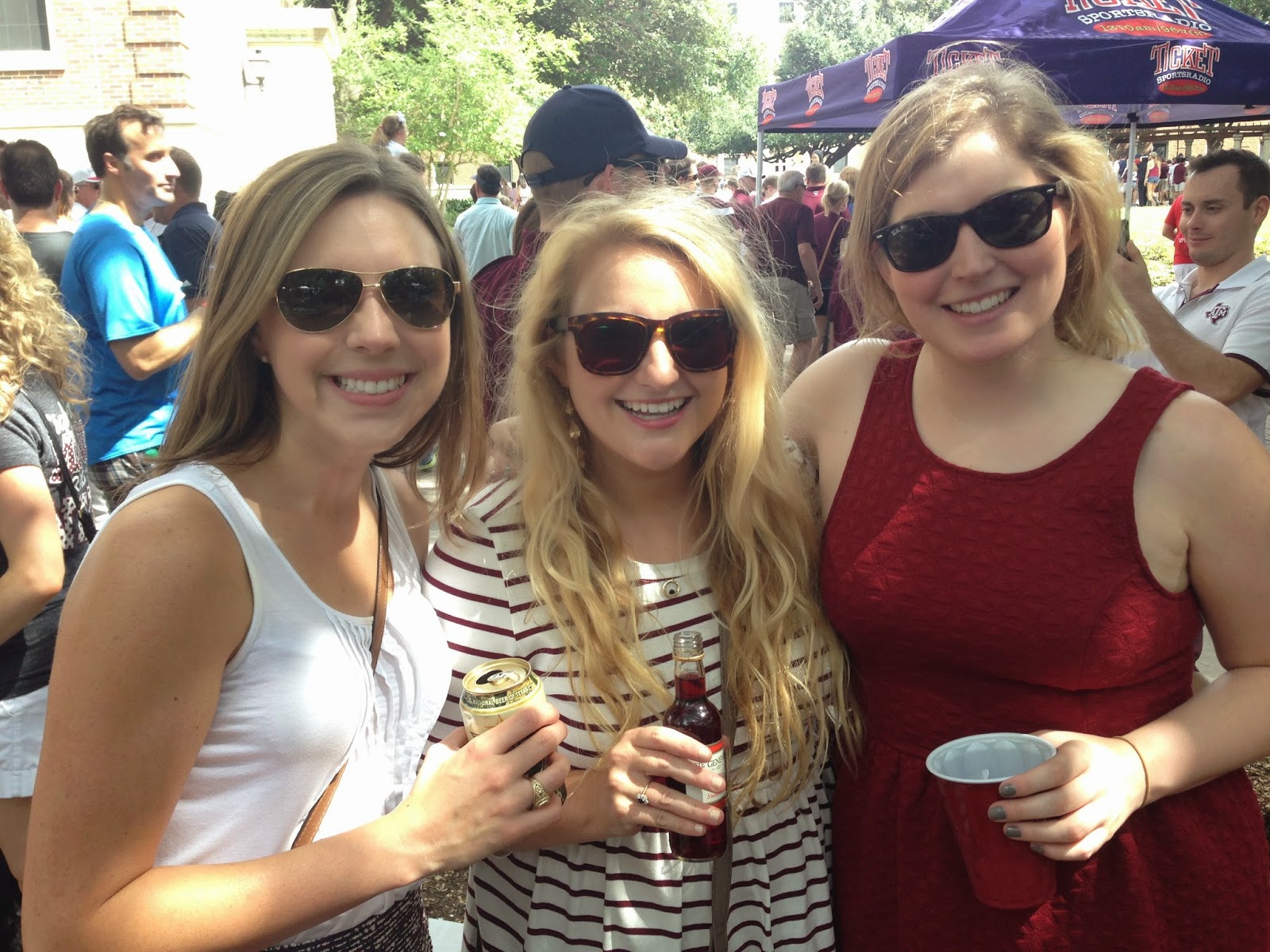 Saturday night was the main event: Porter Robinson at Palladium Ballroom in Dallas. Porter is an American DJ who just dropped a new album, Worlds, which is a very different sound than most mainstream EDM. Lot's of melodies and eery electronic sounds. The show felt a little like I was in a Video Game. One with manufactured mountains and snow made out of neon confetti. It was awesome. 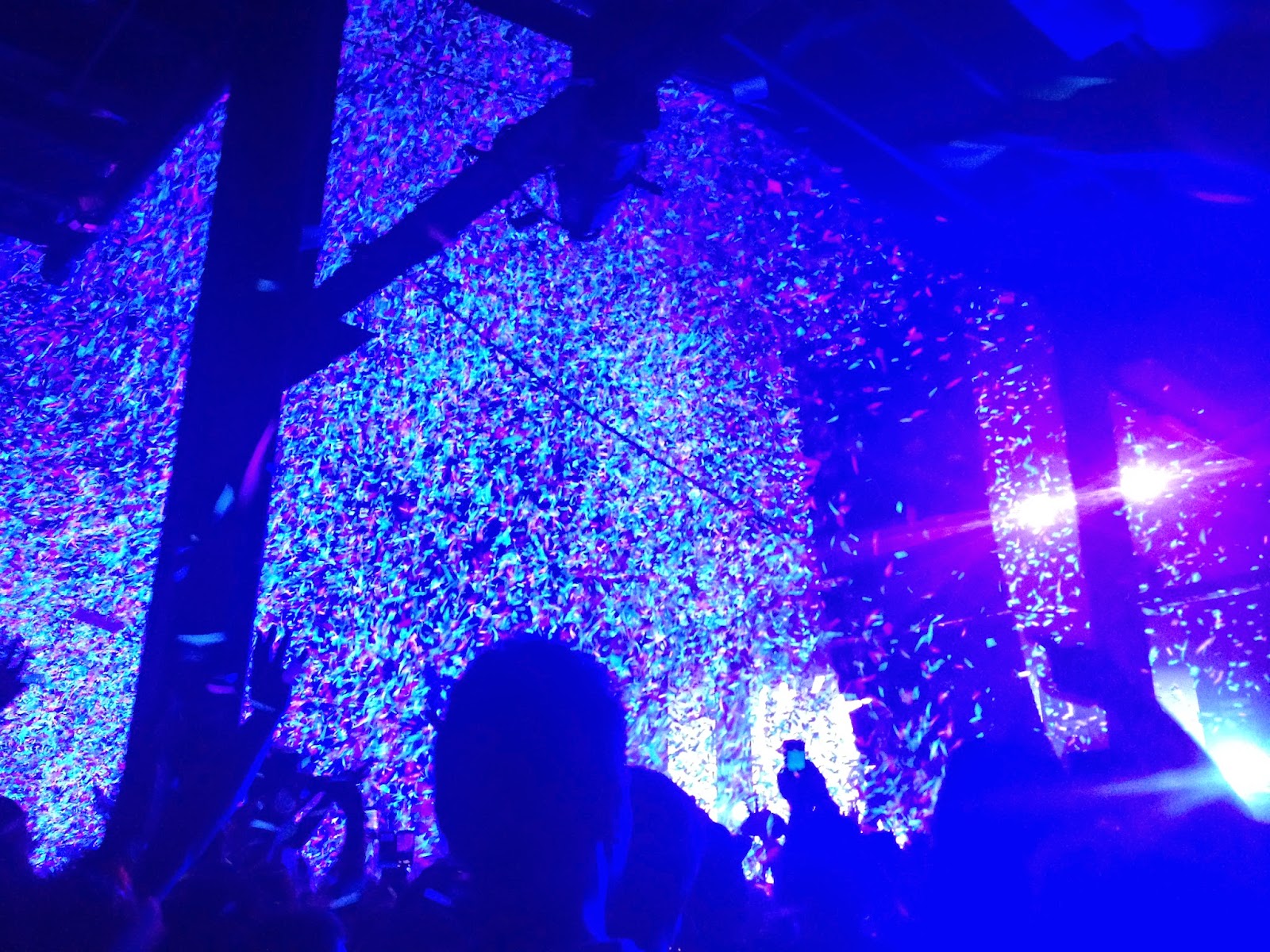 Not overly crowded (I wasn't sweating profusely) with a great view of Porter from almost everywhere I stood. He played all his new music with a few hits from the past. I jumped and swayed and had a general blast. 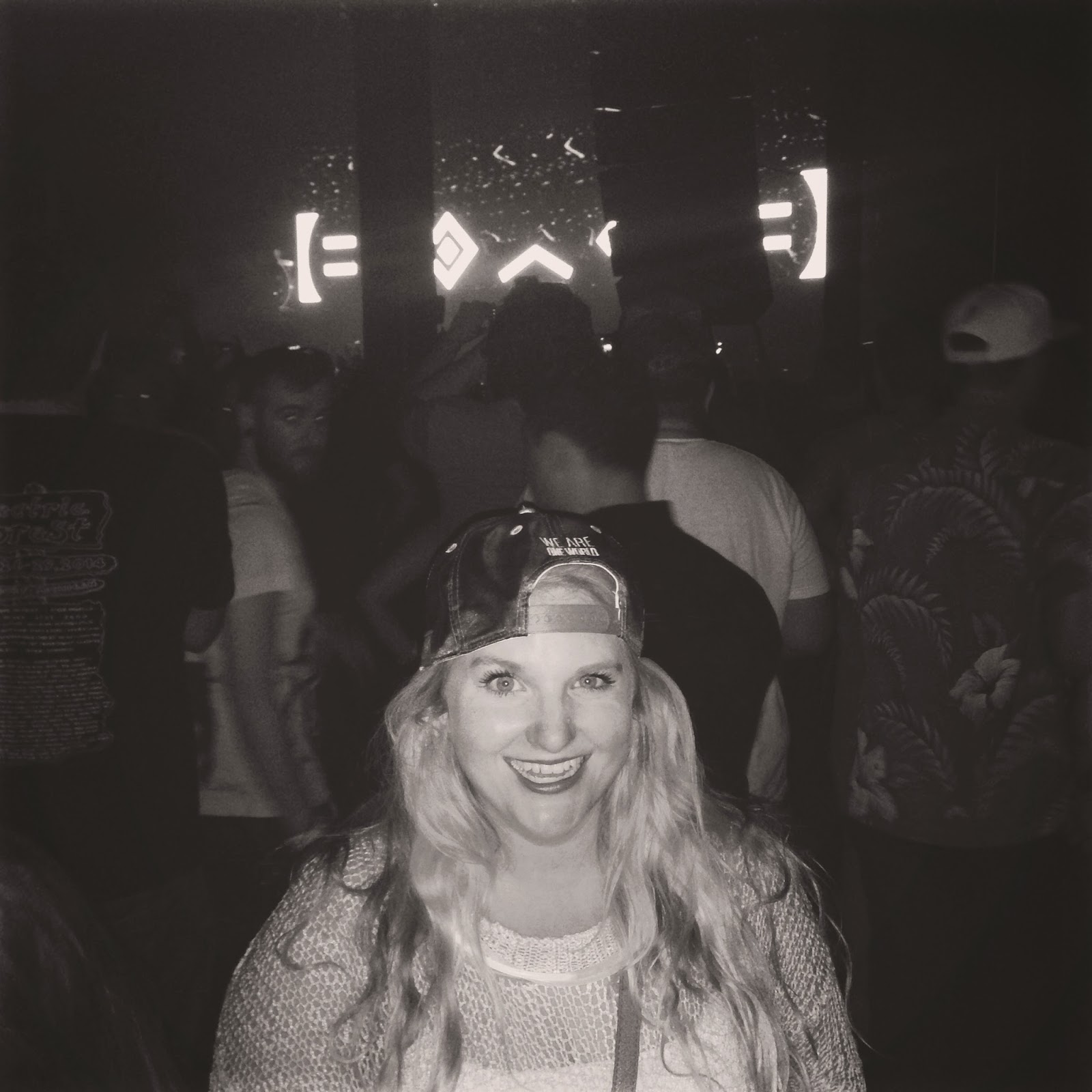 Porter is also touring check out his schedule to see where he'll be next it; it's worth it. Or check out Disco Donnie Presents – they always have the best acts around. I need to go to more shows. Speaking of shows, I'll be Atlanta next weekend for TomorrowWorld!

I'll again be counting down the days (and minutes) to the weekend. Which explains my need for travel and living life to the fullest. I had my chart read by Desiree of Simply Sun Signs. While I'm not 100% convinced, some of what she found was pretty accurate. Like how I like to make plans, take over, and am ambitious. All very true. Desiree just opened her shop, and no matter what, it's interesting (and very easy) to get your chart read.

I wish coffee shops offered delivery. I predict a nap in my future.