Why We Didn’t Live Together Before Marriage

Michael and I are approaching our 10 year dating anniversary (we started dating when I was 10…okay just kidding, we were 17). We dated all throughout college and married at age 24. We never lived together before we were married.

A question that keeps arising: should you or shouldn't you live together before you get married? I didn't. But that doesn't mean that you shouldn't. I don't think it's for everyone. In our modern society, people feel like they have to move in together before they're married- just to make sure. Or that you won't really know someone until you move in. On the other hand, people say that if do move in before marriage you increase the likelihood for divorce. My perspective is different, and I think there are always two sides. Religion aside, here's why we didn't live together before marriage. 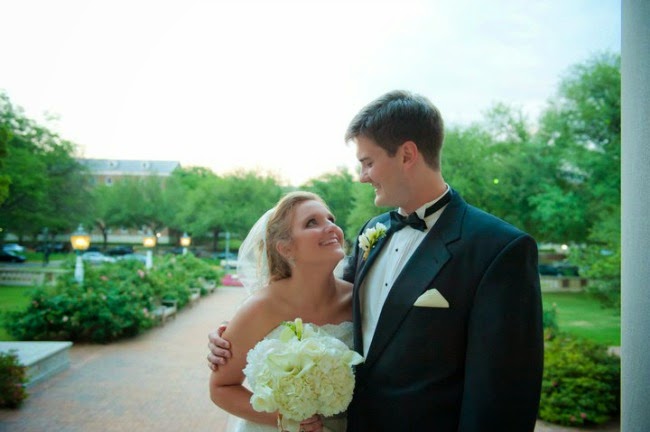 I knew Michael was the one early on. You can laugh and say that I was too young to know, but when you find your person, you know. We dated long distance throughout college, and were engaged for two years after. We both lived in Dallas, separately.

First, we knew that we were going to be married. We already had a date set, so there was essentially no turning back. When we got married we wanted it to feel different. And it did. There is something to be said about getting married and then sharing a home together, it makes the marriage feel real when you finally live together. We dated for 6 years before we got married but I never knew that Michael liked to hang his t-shirts (what a weirdo) or read non-fiction books about dogs before going to bed. I like that there were still things for us to learn about our relationship.

I was talking to my friend the other day and she told me
outright “I wish we hadn't lived together before marriage.” Was
everything okay? “Yes!” But why did she feel this way? She told me that nothing changed. After the
wedding, it was just all the same. Even if they don't have marriage
problems and they will live happily ever after, she wished they'd waited.

I know that for some people, financially it just makes sense. You move to a new city or place and you need to live with practically the only person you know. You want to see what it would be like to live together before saying “I Do”, you want to acclimate to all his weird habits. Some people need to live together before making a lifelong commitment. It just makes practical sense.

I found this study when I was researching that couples that live together for 4 or more years actually have a higher percentage of staying together. Maybe the key is to date long enough to really know.

I want to reiterate I don't think it's wrong to cohabitate before marriage. Bottom line, I think it should be your own decision. You shouldn't have to do anything- one way or the other. Don't just do it because everyone around you is, do what's right for you.

What about you? What do you think about living together before marriage?

Don't forget tomorrow is The Blog Auction!!! Get ready to get some great deals on blogging and boutiques!