Got A Little Yonce In You?

Uncategorized
Beyonce is one of those people I will always love. I've seen her
multiple times in concert, including a time when Destiny's Child was
a whole four members. It was at the State Fair of Texas (which is coming up in 30
days, but who's counting) and they threw out Destiny Child “bills” during
the song “Bills Bills Bills”. It was magical and I still own a bill. It is my firm
belief that we should all emulate her qualities of being strong, kick
ass females (and males too). 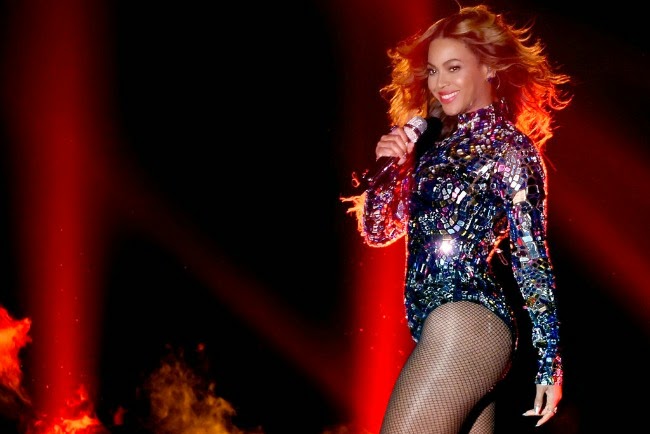 Her new remixed song “Flawless” has been on my mind a lot lately.
Sometimes it's good to just listen loudly to music and belt out that as
women we should feel good about ourselves.

Which is exactly how I feel in this sweatshirt from Sheinside. 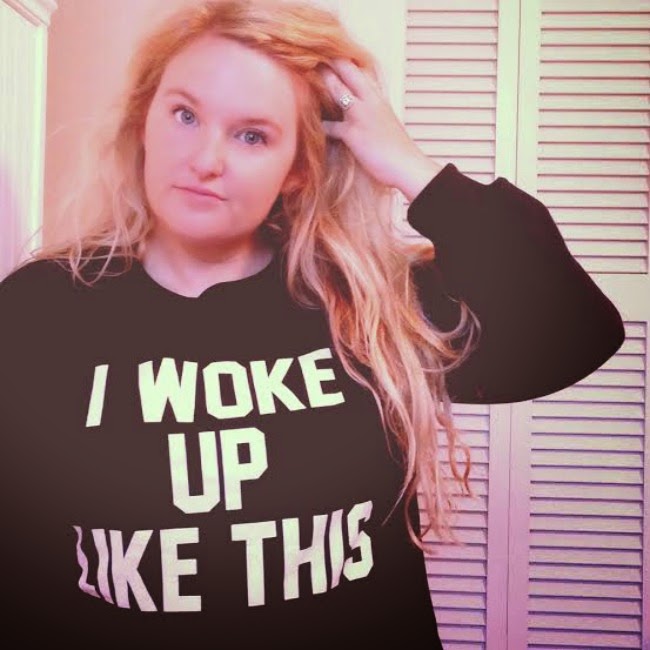 Sometimes I have a hard time being okay with myself. I think all women are so quick to look at their flaws, rather than their strengths. So instead of putting on makeup, which I usually do every time I take a photo for this blog, I went sans make up. I did what the sweatshirt said.
I woke up, put it on, and dragged Michael to take pictures of me (side note, I really need a tripod and remote). Right after I took them I asked Michael to let me see.
Immediately I started lashing out at myself. My eyebrows are too thick, I need to tweeze them. You can see the pimples on my chin! My forehead is shiny. My face looks fat. 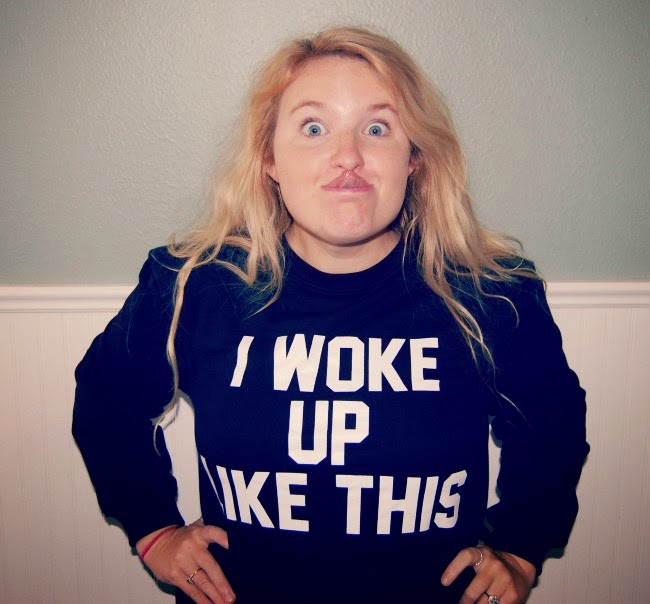 Then I realized that I needed to stop. I'm being hard on myself just because I literally feel like if I'm not hard on myself, if I don't pick at my flaws, then it somehow means I'm okay with them, and that I'm conceited in some way. Does that make sense?
You know the scene in Mean Girls when the girls are all over at Regina's house standing in front of the mirror stressing about their flaws? They each name what's wrong with them. Cady stands there unaware of what to do. They finally look at her expectantly, as if to say: well, what do you hate about yourself? We think it's necessary to think badly of ourselves. At least I do.
Sure, there are things I don't like about myself. That's only natural. But why do I have to think about it almost obsessively? Why can't I take one picture without scrutinizing every detail. I need to get over it. So I'm listening to some Beyonce and channeling her inner wisdom of being not just okay, but proud of who I am. 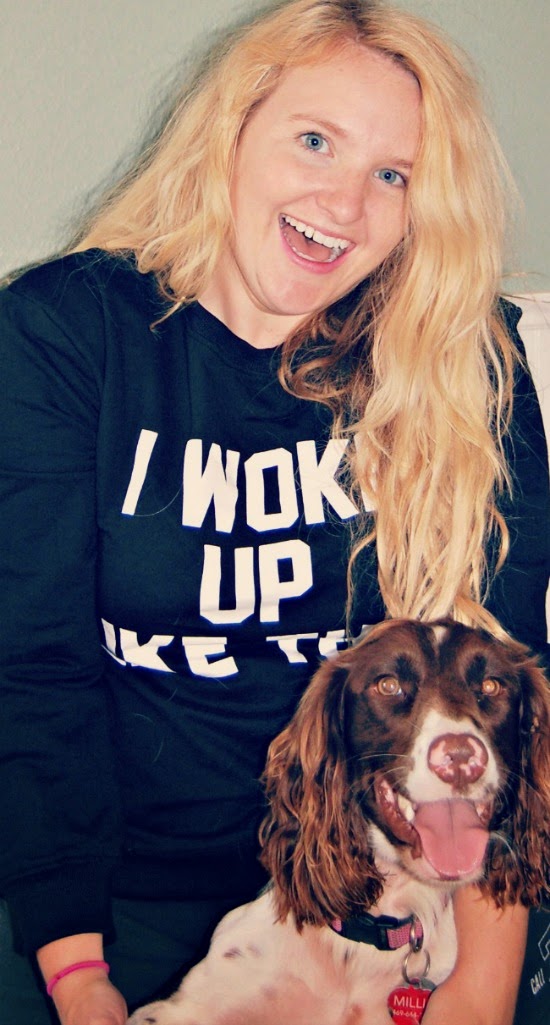 Millie agrees.
I need to just go ahead embrace who I am, and what I look like. And when I'm feeling down, I just think of Beyonce. We all have a little confidence in us, sometimes, we just need to be reminded of it.

So I ask: Do you have a little Yonce in you?