Athens in A Day

travel, Uncategorized
I woke up on Friday morning with my normal feelings of anxiety before travel. I never feel quite ready to jump on a plane and have the luxury of turning around if I happened to forget something. But I got over it quickly as soon as we arrived at the DFW International terminal, backpacks on, ready for Athens. 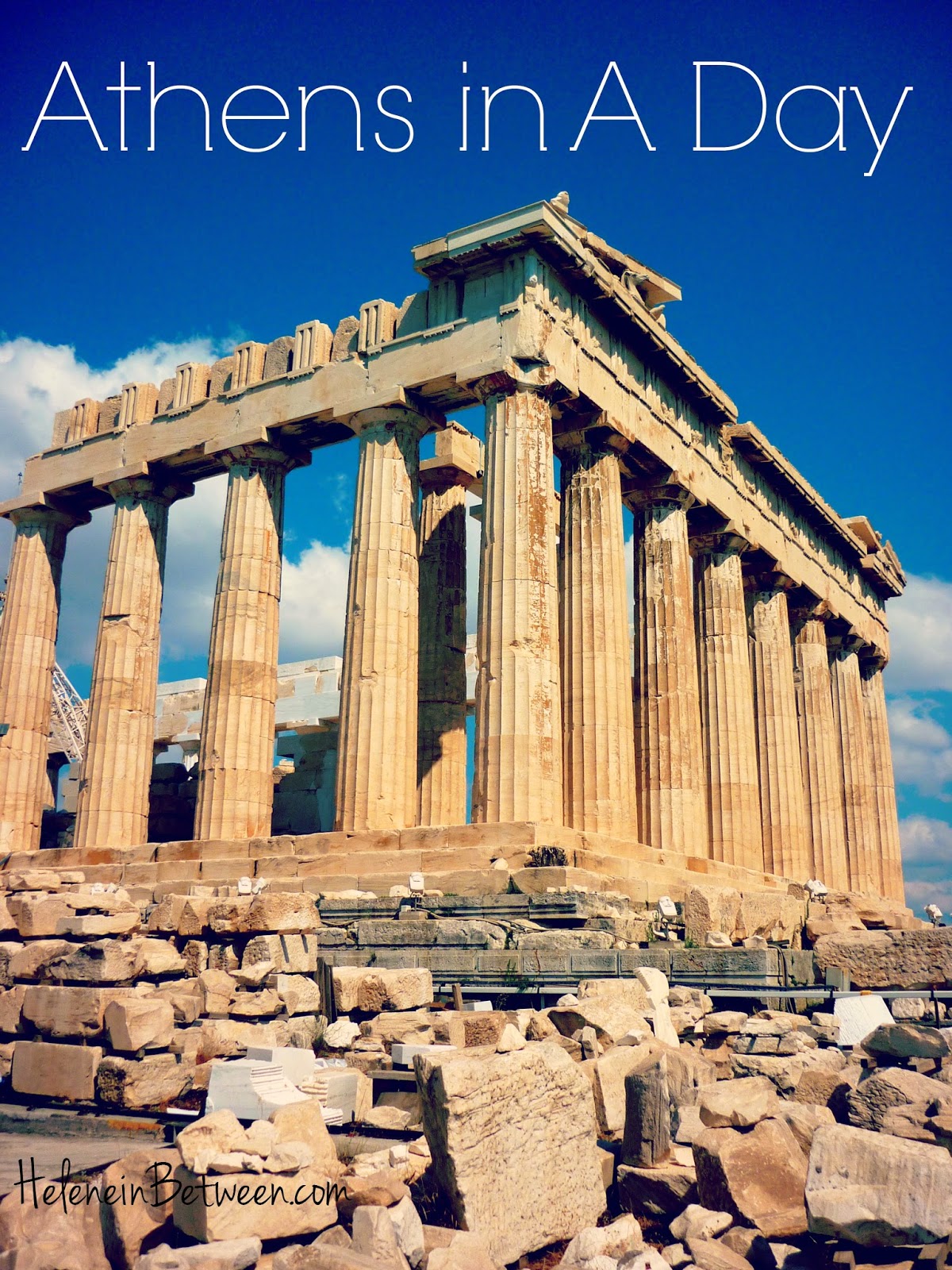 We decided we would spend a day (and a half-ish) in Athens, then take a ferry to go island hopping. I had absolutely no idea what to expect. Usually I'm fairly diligent about doing the research before. But this time we all pretty much winged it. Michael and I bought the book “Mythology” from Half Price books and would read about 5 minutes every night before bed time. So, we no where near finished it. The only things I knew about Athens was that it was hot and I thought about “My Big Fat Greek Wedding” and that the people would be somewhat similar.

We finally arrived on Saturday to a wet and muggy day in Athens. On the train ride over, I went up the escalator and a middle aged, well dressed man attempted to unzip my backpack. I turned around before he was able get anything. Honestly, the most he would have snagged would have been a light up flower crown, socks, and a beat up iPhone charger. After circling the area, a very nice man on a motor bike stopped and led us to the Hotel Intercontinental where we met up with friends (with our friend's hotel points, of course!).

We left the hotel immediately, sparing no time to lounge around, a common theme with all our European trips. We went straight to eat and found an outdoor cafe near the Acropolis. The sun was just peaking out so it made for a perfect spot. Our waiter called himself Christmas and chuckled after every word or so. I already loved Greece.
He brought out chilled red wine in a carafe and we drank and had actual Greek salads. 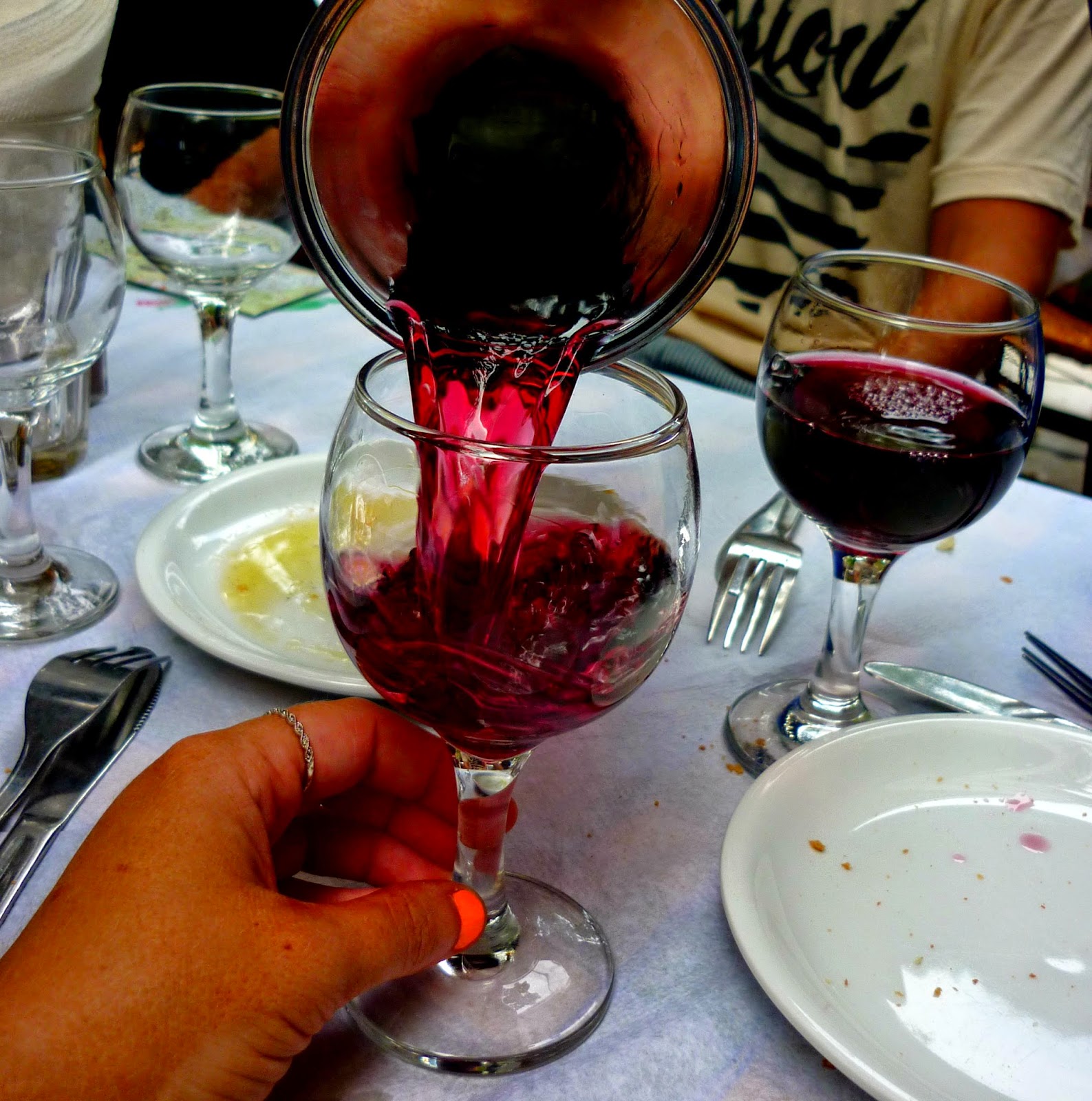 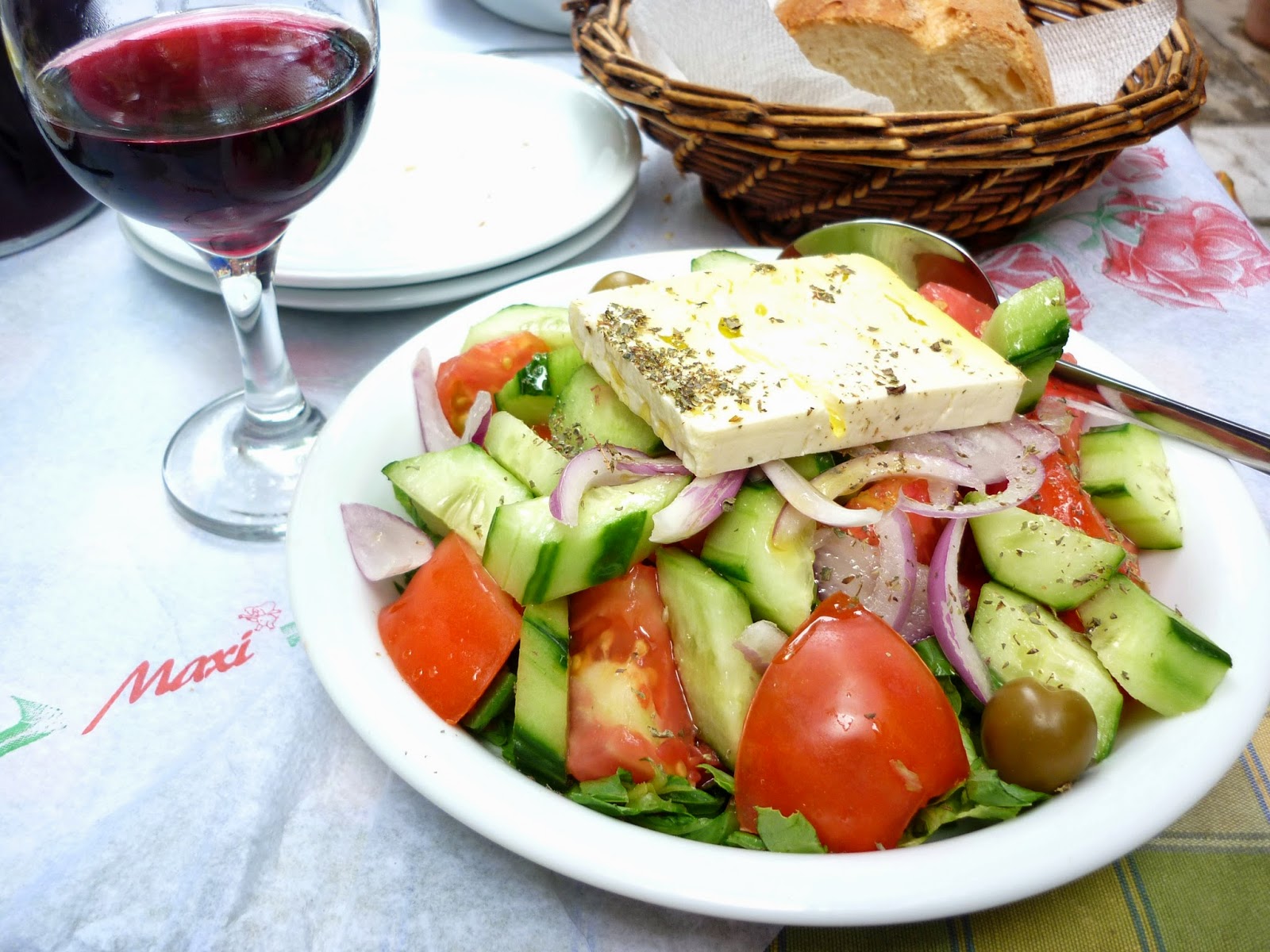 We wanted ample amount of time to spend at the Acropolis to see the Parthenon, so we opted for the Acropolis museum. Fun fact: we snuck in. This isn't my first time. And we didn't really mean to, we just thought we were taking up the elevator, but we did and that's that.
The museum was filled with information about Greece, Athens, The Acropolis and how the Parthenon came to be, destroyed, and the renovations going on now. It's definitely something to check out.
The coolest part was that just a few years ago while building the museum they found ruins from an ancient city! 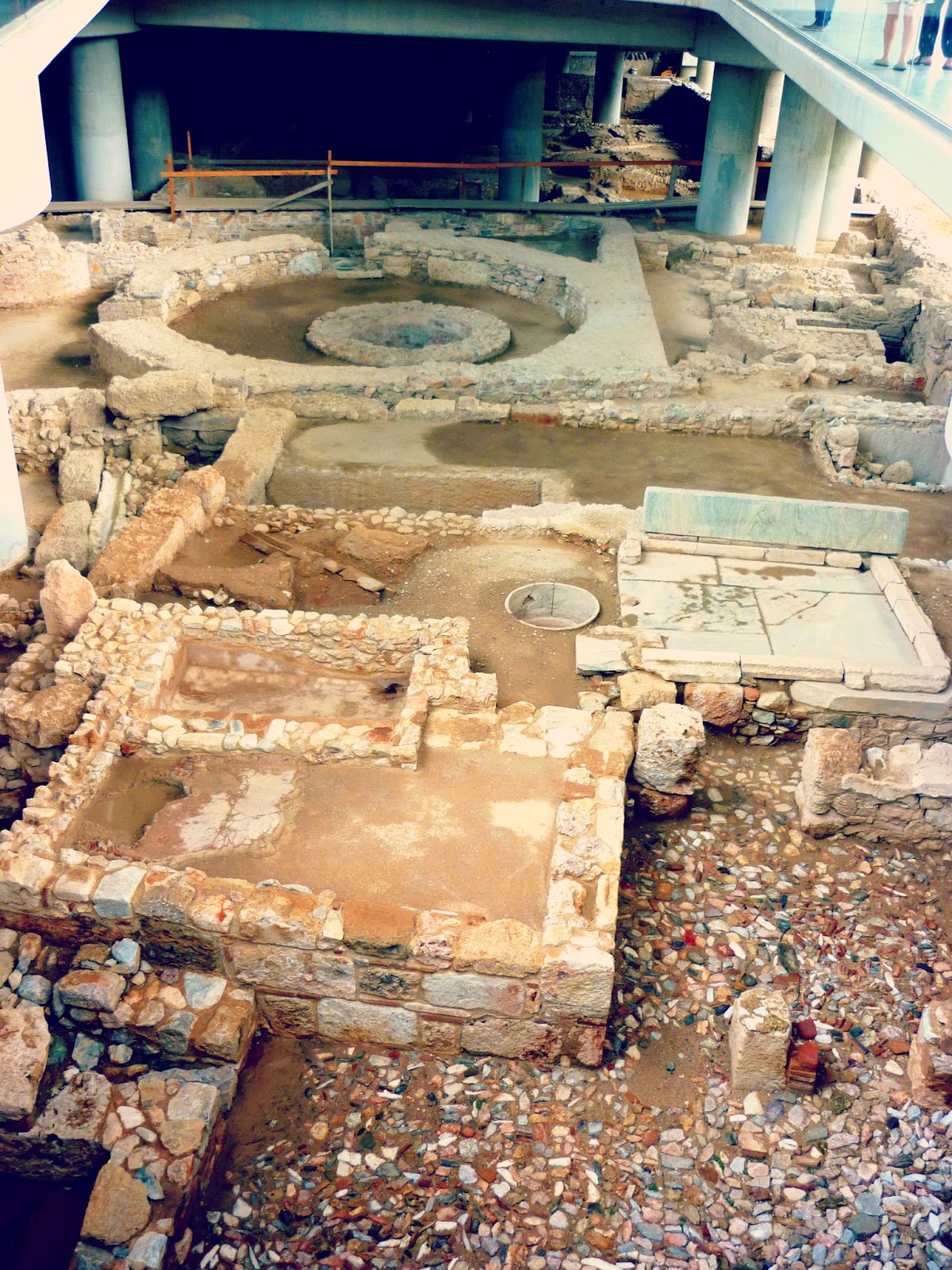 The nice thing about Athens is that you can get just about anywhere in the city center on foot, so it was off to Zeus' Temple. We snapped pictures at sunset and the boys took turns doing silly poses and then ran around the Olympian track. 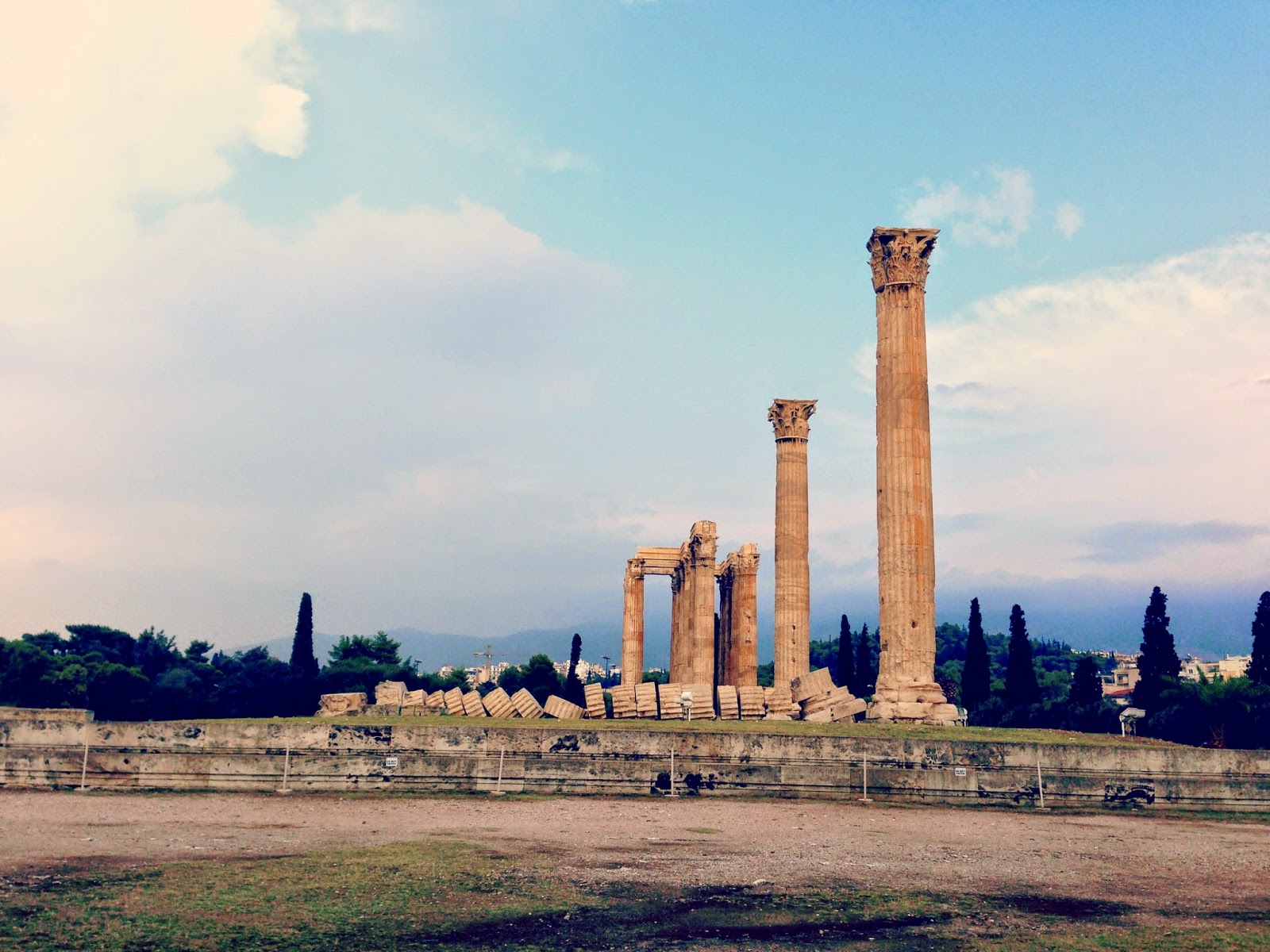 We then walked through the National Gardens where there was the zoo. For some very strange reason they had pigeons on display. We kept on walking, past the government and other important buildings, then waited for our shuttle in the main square. 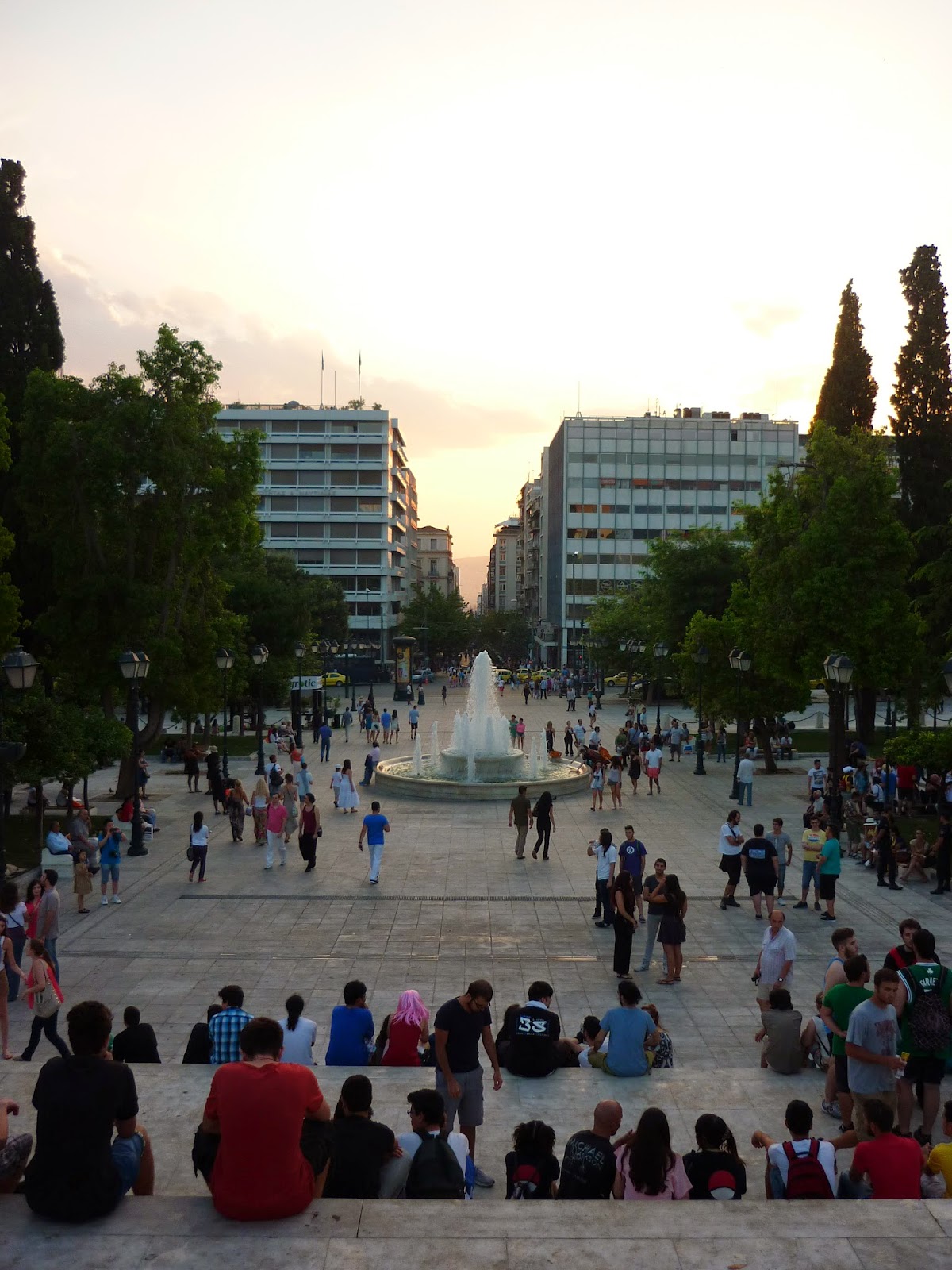 That night's dinner we brought along our travel book and found a restaurant relatively well priced and within ear shot of the Parthenon.  If you're ever in Athens I highly recommend checking out “Sorfi”. We stuffed ourselves with classic Greek cuisine and took pictures with the Parthenon lit up at night. 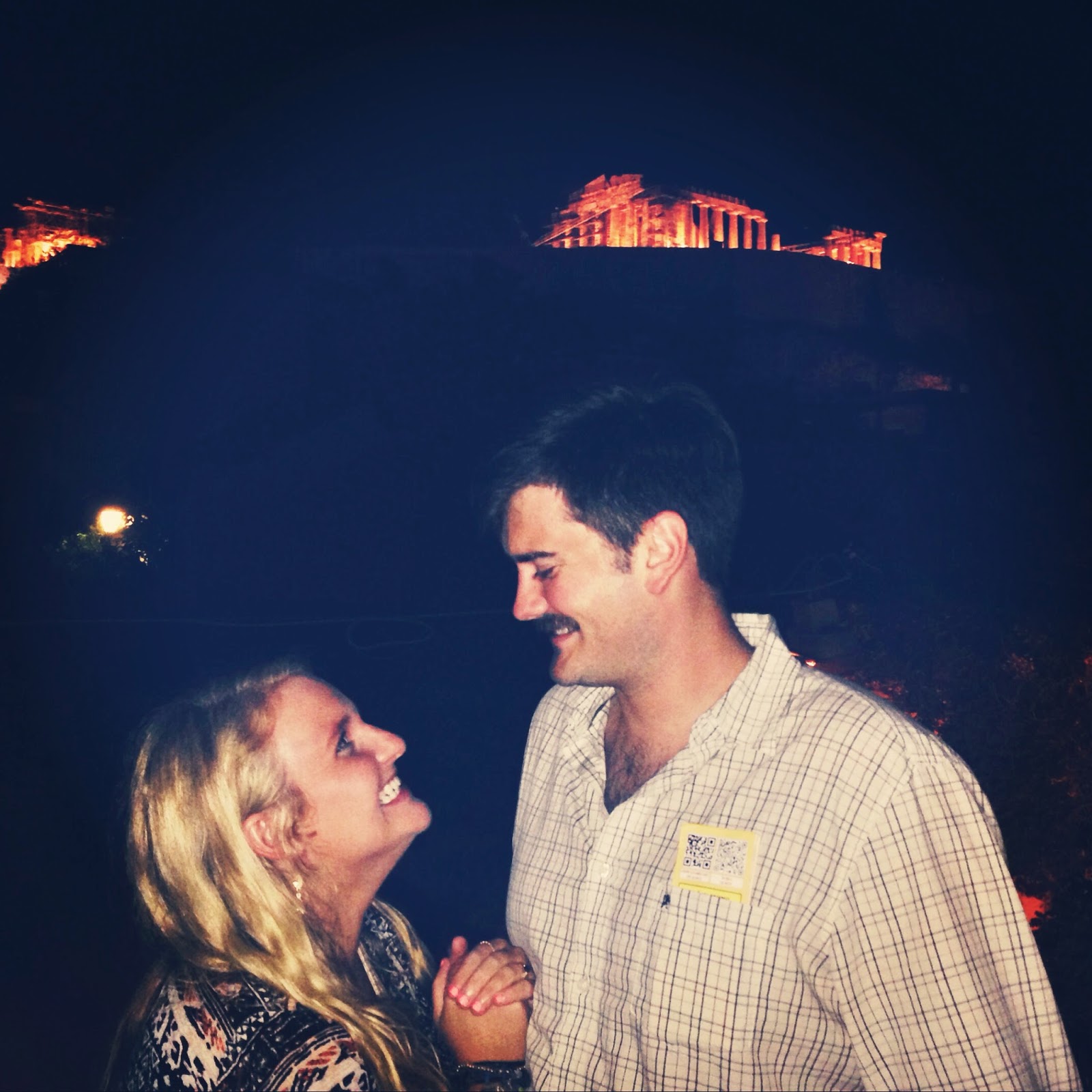 About 4 hours later we woke up to explore the city. It was time to make the trek to the Acropolis. But before we could go anywhere, we needed to eat. We found a cafe and I ordered pancakes and Greek yogurt. Okay, yoplait, you need to step it up. This yogurt (or yoghurt) was the most delicious I've ever had. It's super thick and served with nuts and honey and I could eat 10 bowls. The pancake was also different and tasted almost like a flat doughnut. The Greeks know how to eat. 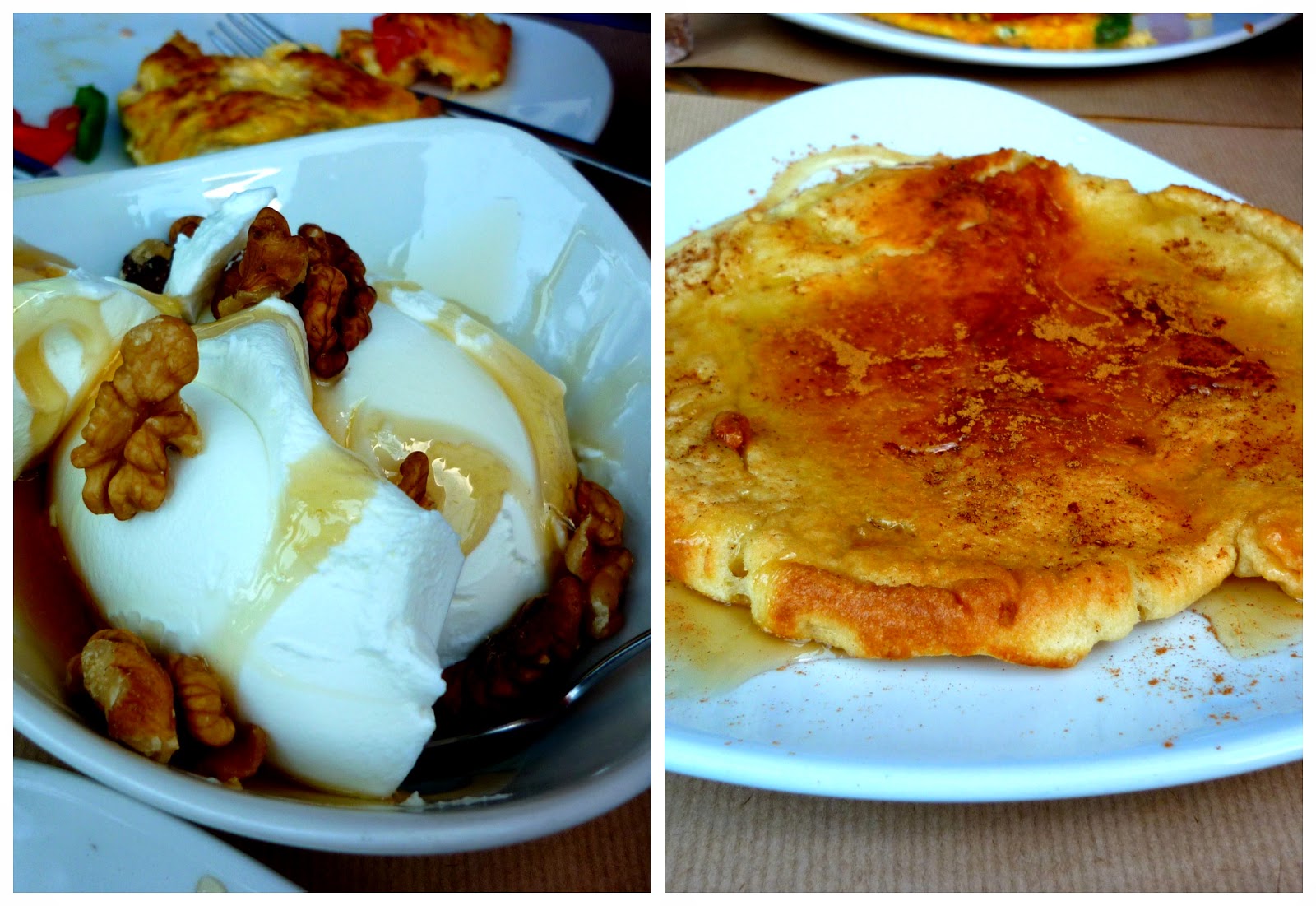 With thousands of others we climbed up the hill to the Acropolis and were shocked as we got closer and closer to really see how huge it was.
The width of the columns in taller than me and there were piles upon piles of more ruins. The views of the city were breathtaking. 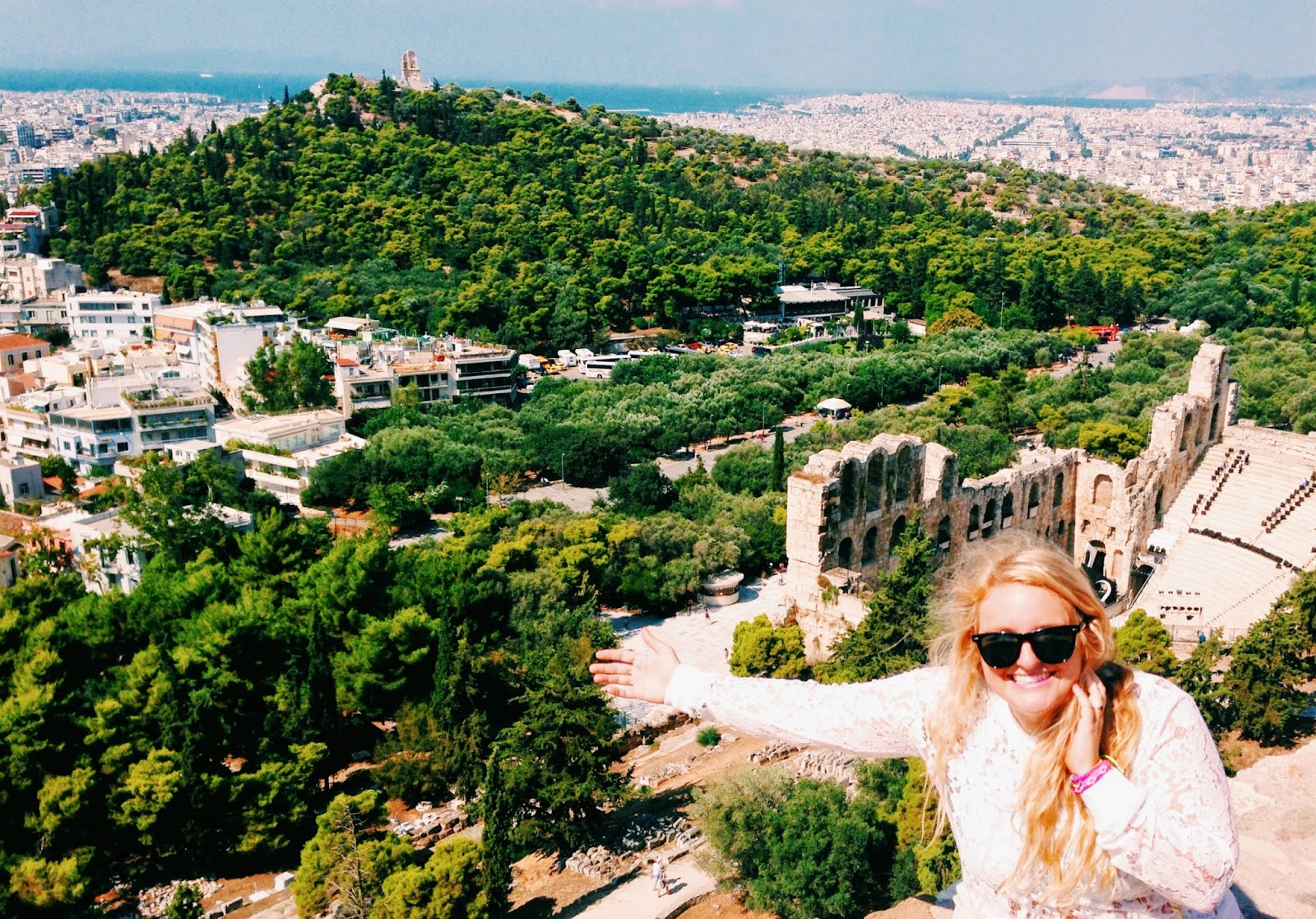 After the Parthenon we went to the other old buildings and ruins, stopping for ice cream. I also bought a pair of leather Greek sandals! I have yet to wear them but I can't wait for people to ask me where they're from.
It was then time to pack up and catch the ferry to the island of Santorini. Probably one of the most picturesque places I've ever been in my life.
What I loved about Athens is that it's a modern city, filled with the hustle and bustle of city life, but surrounding you are ancient ruins and stories of Greek mythology dating thousands of years old. It's something so incredible to see, even if it was for such a short time!
Have you ever been to Athens? Would it be on your bucketlist?

Check out my posts on the Greek islands of Santorini and Crete! What to Eat and Drink at a German Christmas Market