Despite the title of this post, I'm not referring to any Miley Cyrus songs, even though that is the title of her latest album. No, this is referring to some current bangers playing on the radio and some not on the radio. Some new and some old. Some songs to just get you in the mood to party. Because really, who doesn't need that on a Saturday? 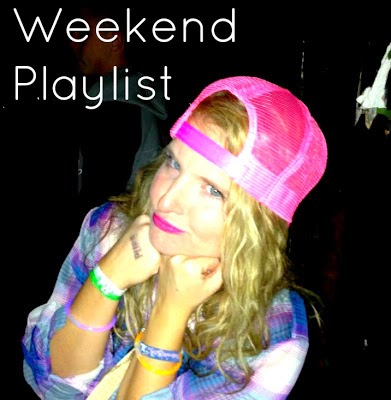 I know I do. I'm just over here on cloud 9 after the announcement of my new baby, The Festival Queen. If you haven't yet, check her out. She's got on a brand new outfit (errr post) about my favorite subject, Tomorrowland!

I like to separate the artist from who they are as a human being, because Chris Brown sucks in the human being category. But dammit he makes good music. This song is kind of odd with lyrics like “Just got Rich” and “These hoes ain't loyal” but I like it nonetheless.

This isn't the first time Iggy has been on my playlist. She's currently been blowing up the charts with her song “Fancy” but I've been a fan for quite a while when she came out with this song with Steve Aoki. It's especially good if you're at the club and you want people to move.

“Why does it feel so good, so good to be bad?” I don't know, but if it's bad to like this song then I want to be bad.

I will be interviewing these guys on the blog soon, so look out for that! This song just makes me happy and want to dance around.

I don't care what anyone says I'm a Garrix fan. This song, like “Animals”, has an infectious beat that entices you to get up and jump around.

This is a fun party song, plain and simple.

Some other things: Don't forget to check out my new blog: The Festival Queen. Friday's are dedicated to festival fashion! Last night I went to see Ferry Corsten at Lizard Lounge and it was epic! Review on Monday!