I’m With The Band

Growing up I had a good friend that was always in a band. I remember in middle school him strumming his guitar while we were all amazed that he could play an instrument, let alone a guitar. Then in high school I made posters for a band he was in “Outside Walls”. I remember sitting on the floor in his house trying to be as neat as possible with my terrible handwriting and sub par drawing skills.
I took him to Sadie Hawkins sophmore year of highschool. I remember thinking, I am so cool, my date is in a band! 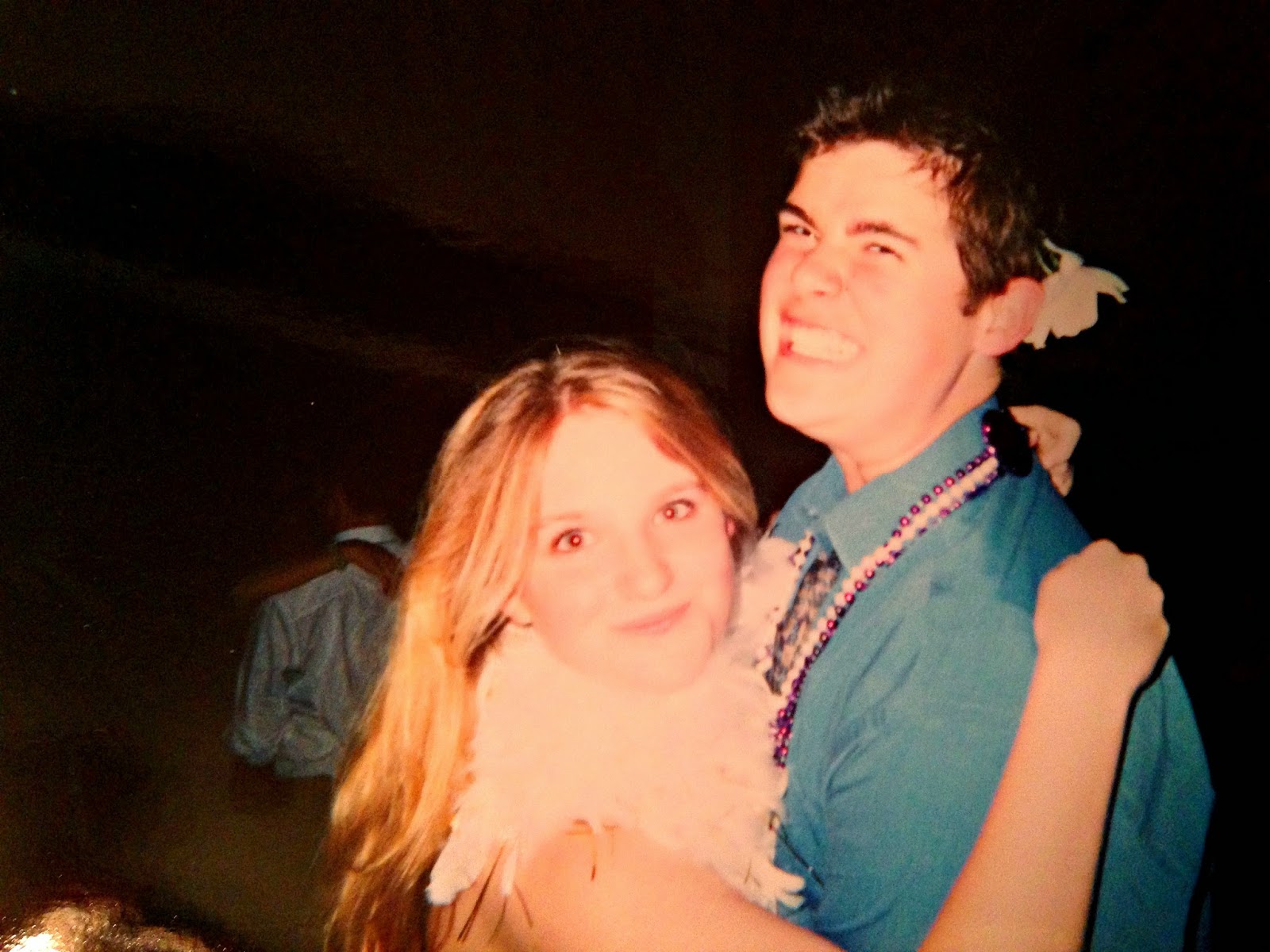 Here's Andrew and I, circa 2002.  I always smiled with my mouth closed, on account of the braces, so he smiled for me.

Later in highschool, he and his two older brothers, formed a new band “The Rusty Brothers.” This time, they were more serious. They wrote and recorded an album. They started playing shows. It was tradition to go see The Rusty Brothers play. We would all go to Deep Ellum in Dallas to Adair's, and two step and twirl while they played their songs like “Saturday Night” (one of my favorites) as well as a few covers.

They continued when Andrew left for college in New Orleans. We kept up between summers, Mardi Gras, and of course when they would play shows in Dallas. 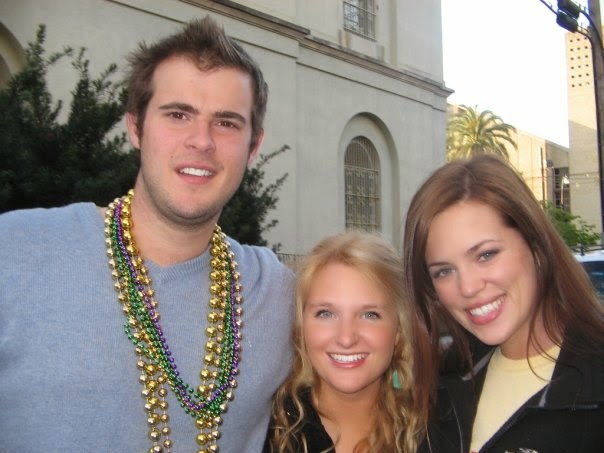 Mardi Gras in college.
We always knew they were going to do great things. Their music is just pure, Texas country -not that overdone crap that seems to be streaming from every which way. Their songs were on the radio, they were selling CD's and they were (are) making a name for themselves across Texas. But how do you know when someone's really made it?
How about when their song is being used in a Nationally syndicated commercial?

Their song “The Devil“, is featured in Bridgestone Tires TV commercial! And to think I grew up with these guys…

Check out the video and you can even download it for free!

They're playing shows, across Texas and Oklahoma, including: The Granada in Dallas with Brandon Rhyder (coming up August 22nd if you're in the area!), The Rustic, Lone Star Park, and more.You can check out where they'll be next here.

Check them out on Twitter and Facebook, or on their website.
So whether they like it or not I'll always say “I'm with the band.” Don't forget the little people! So proud of you Andrew!