If you don't like looking at people in lobster hats I suggest you turn away now, since we spent the majority of the trip with them on. But it became the theme as we roamed the streets as people snapped pictures and constantly asked: What's with the lobstah hats? Well, nothing really, just having fun.

We landed in Boston late on Thursday and headed straight to the bars. We had a few beers at 21st amendment (I had cider) and then went to bed at my friends place in Chinatown. One thing I love about Boston is how everything is practically walking distance, and if it's not, you can take the train. That's definitely an area that Dallas is lacking in. We're also lacking in the seafood department. 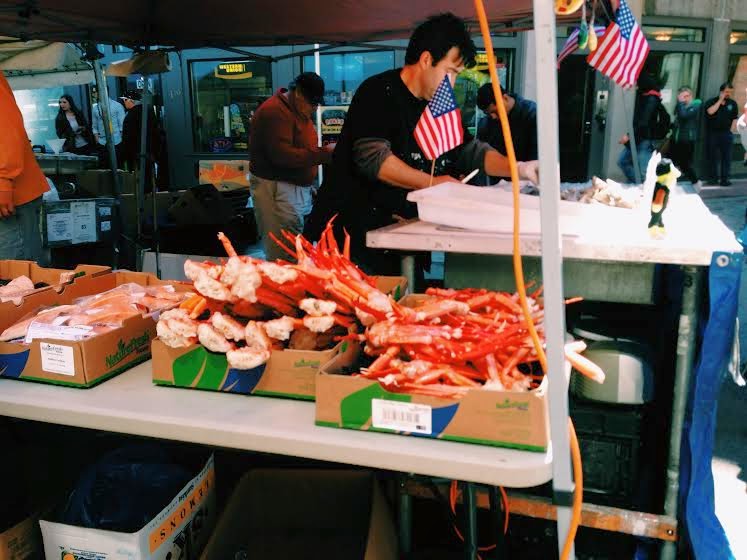 Friday started off right with my favorite thing, seafood. We ate at the Daily Catch, a tiny restaurant with only about 5 or 6 tables and right behind you the chef is cooking your food. We ordered fried calamari to start and then shared 4 pastas with all different kinds of seafood- clams in tomato sauce, scallops in garlic white wine, shrimp scampi, and black squid ink. It was absolutely delicious. 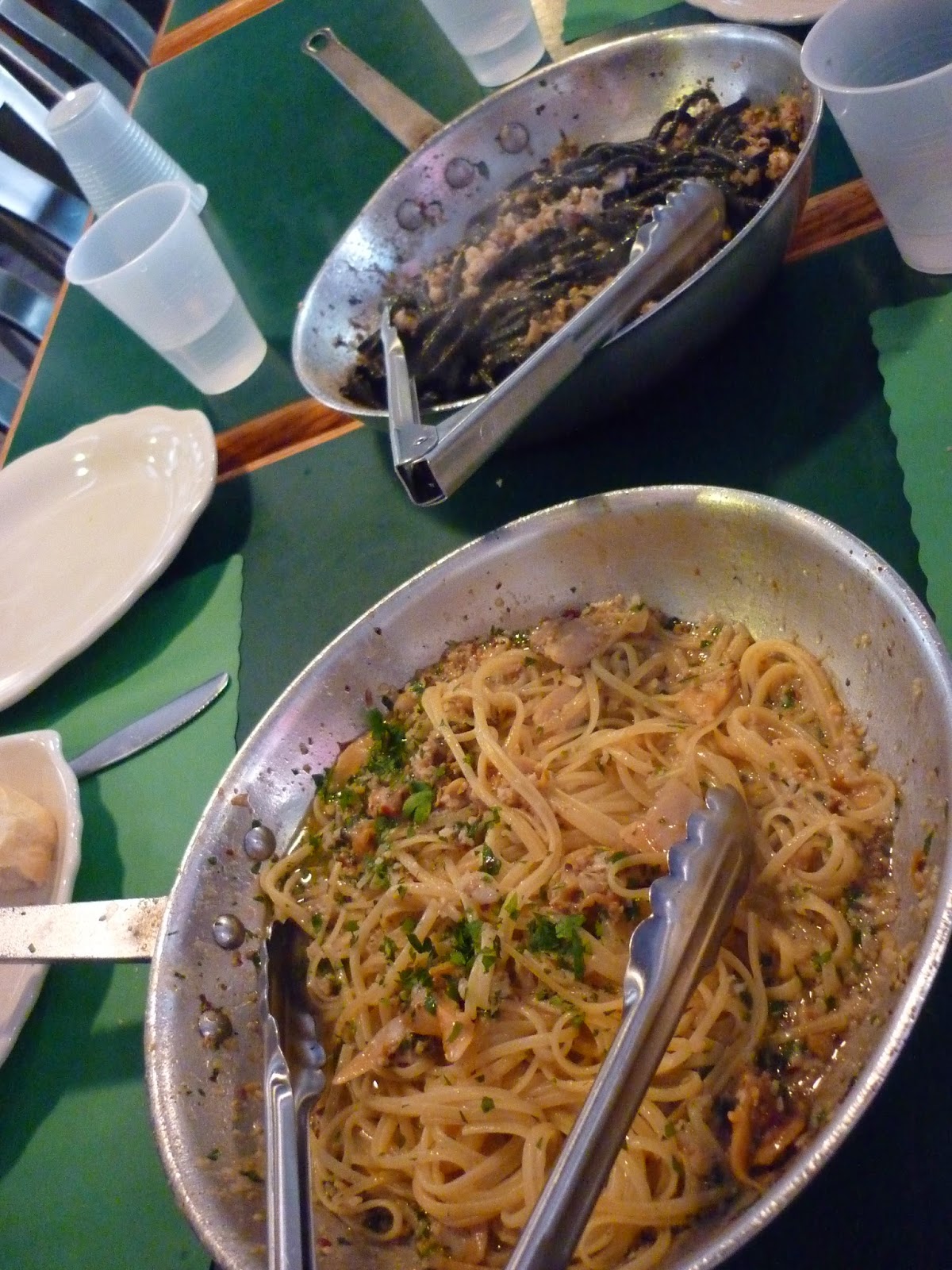 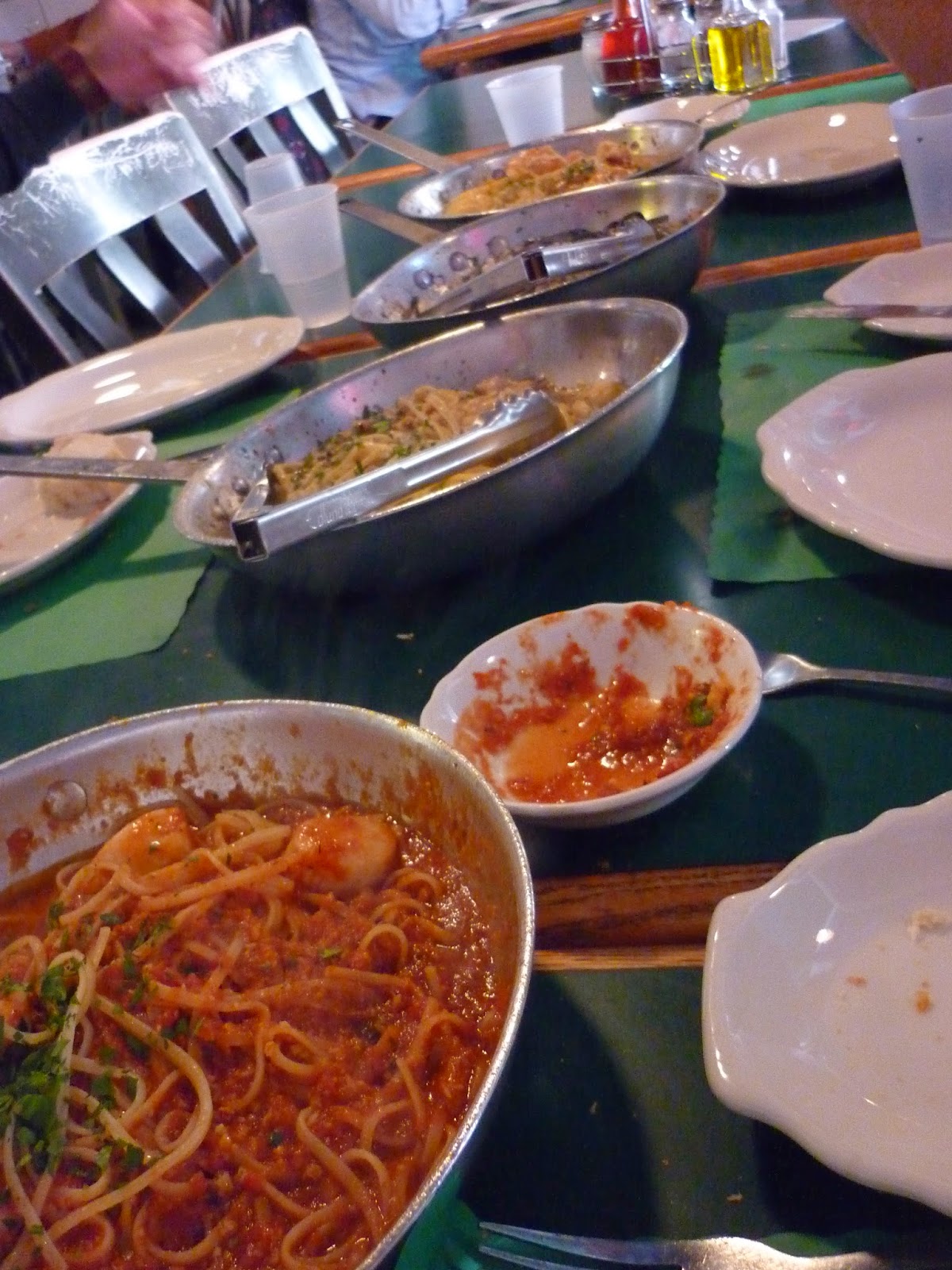 Even though we were stuffed we headed across the street to Mike's pastries for cannoli- a fried pastry filled with sweet ricotta cheese that I only ever like in Boston.

We then walked off some of the calories at Faneuil Hall and Quincy Market. 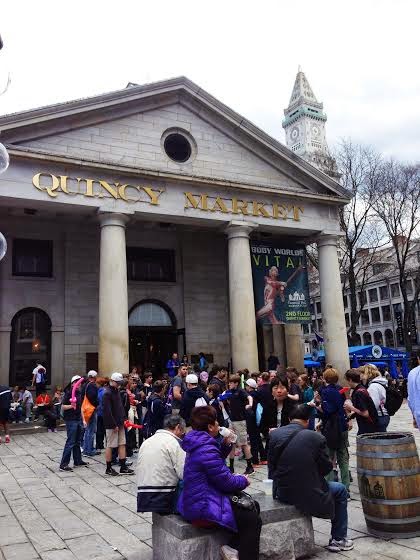 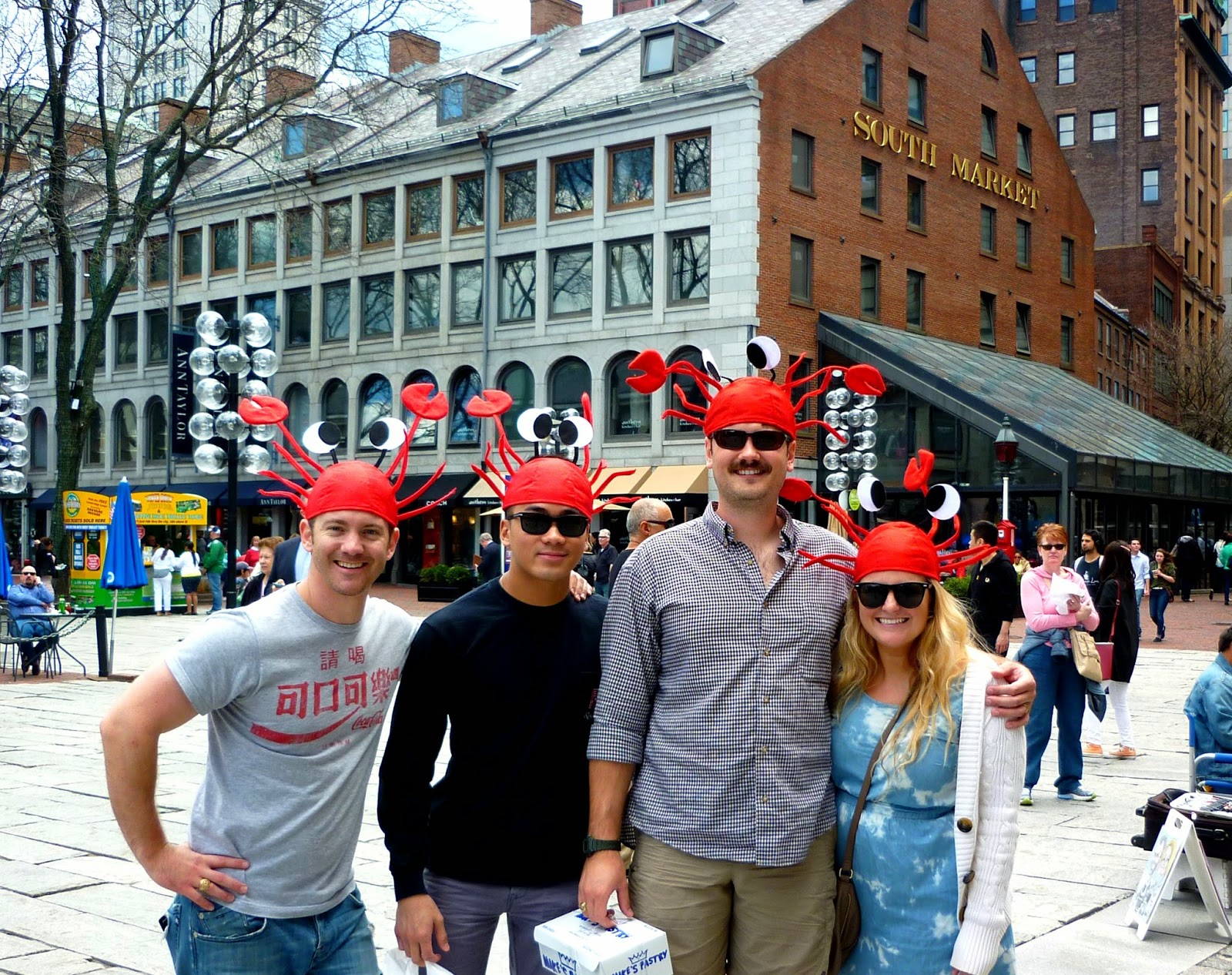 We then had rum punches by the Harbor. Making sure to blend in with the locals the entire time with the lobstah hats. 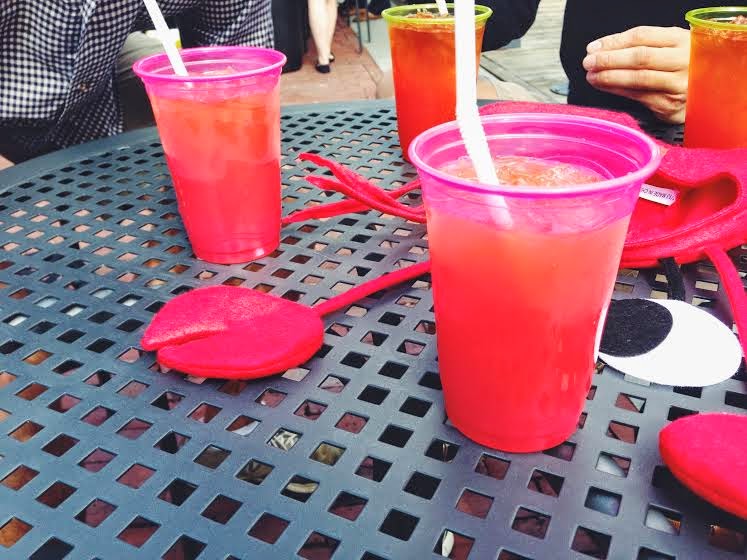 Then it was time to see Boston's best- The Red Sox game at Fenway Park. I was thrilled to see the oldest ballpark in America. It was perfect weather for a game and we cheered on the Sox as they hit a grand slam and won the game against the Oakland A's. 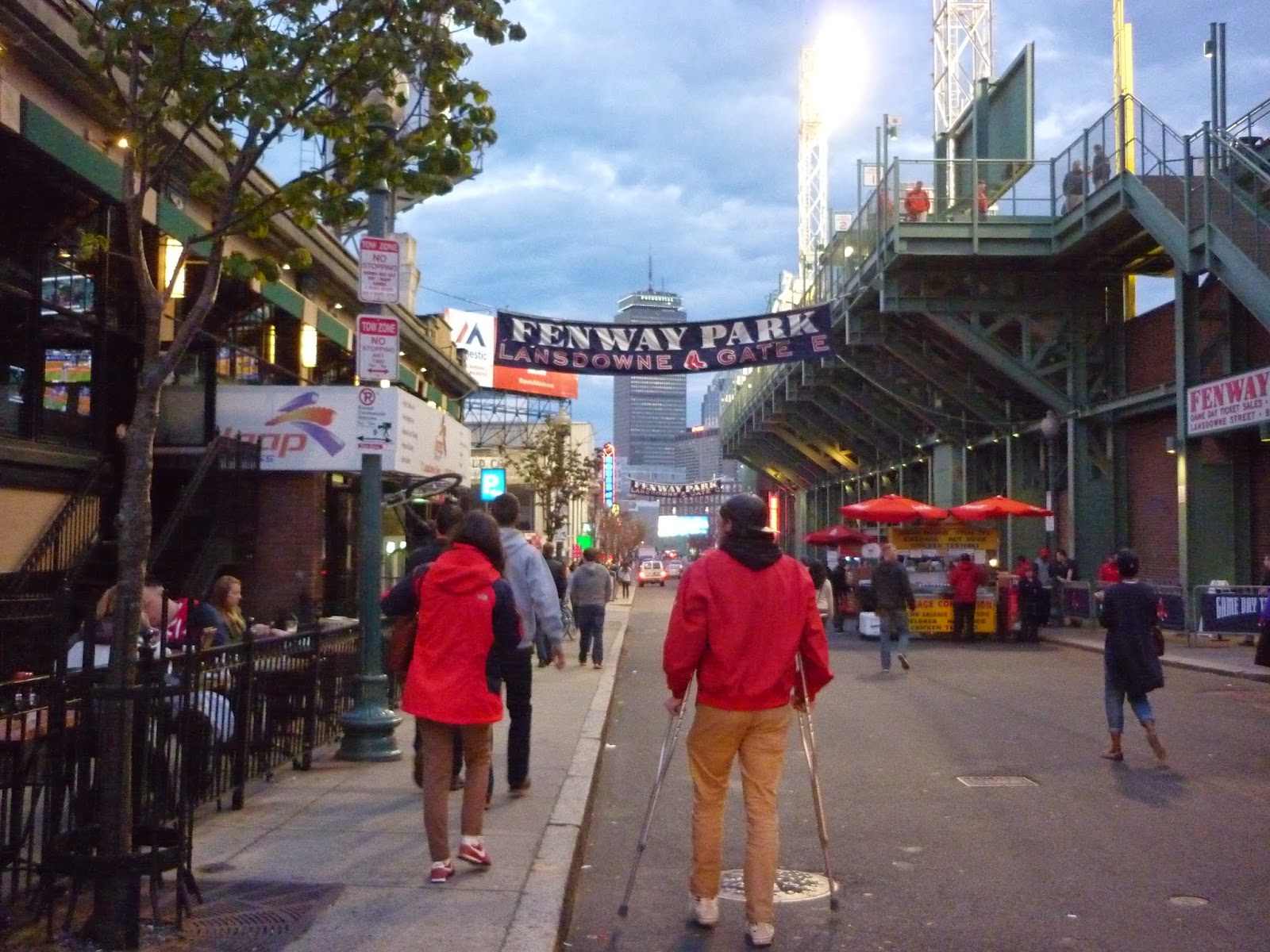 We ended the night at a bar in Boston's Back Bay called Lolita. We were all pretty tired but our motto of not turning down needed to be upheld.

Saturday we strolled through Beacon Hill and Cheers before getting wicked smart and touring Harvard. 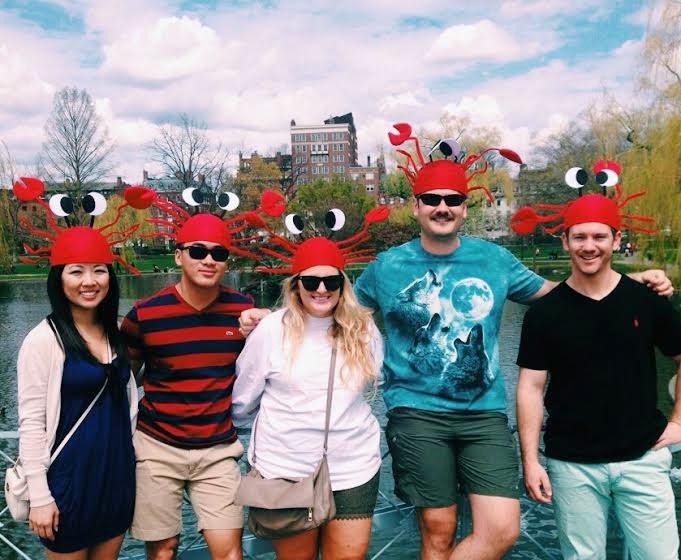 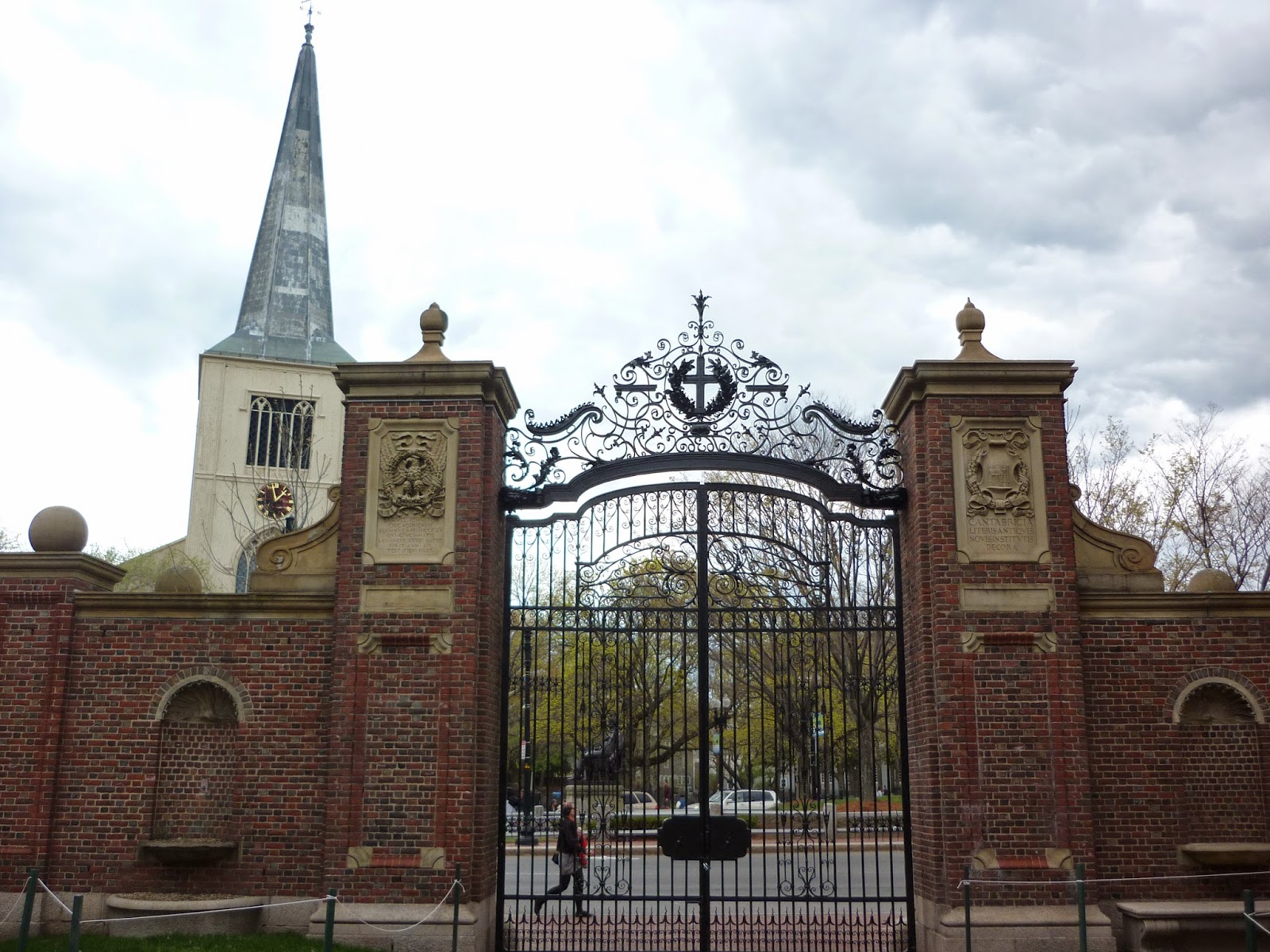 We ate at Shake Shack where I had a peanut butter shake, Michael had the Lobster tail custard. Both delicious. 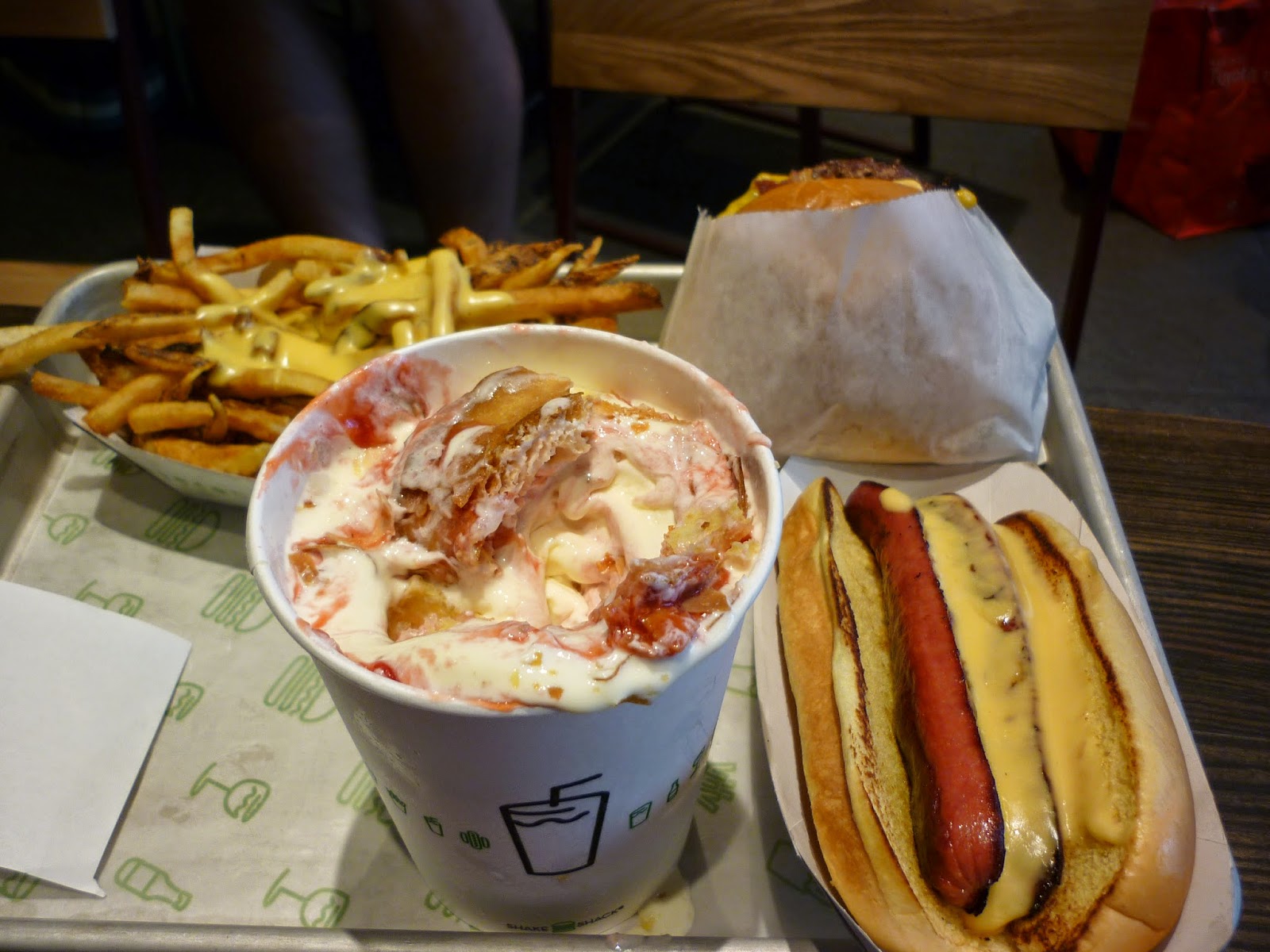 It was then time for the Lobstahs to ride a duck. Boston is known for it's duck tours that tell you all about it's history in an amphibious vehicle. We rode around first learning about Boston's history and then to the water where my friend got to even drive the boat. (Acting your age is overrated). 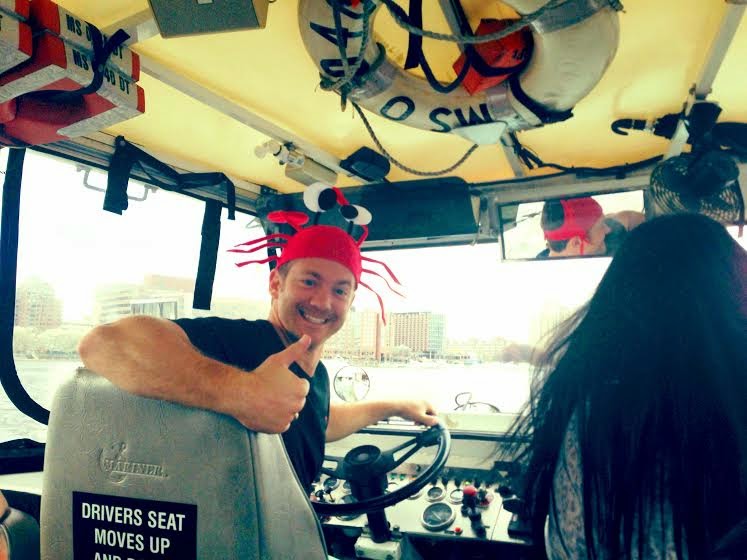 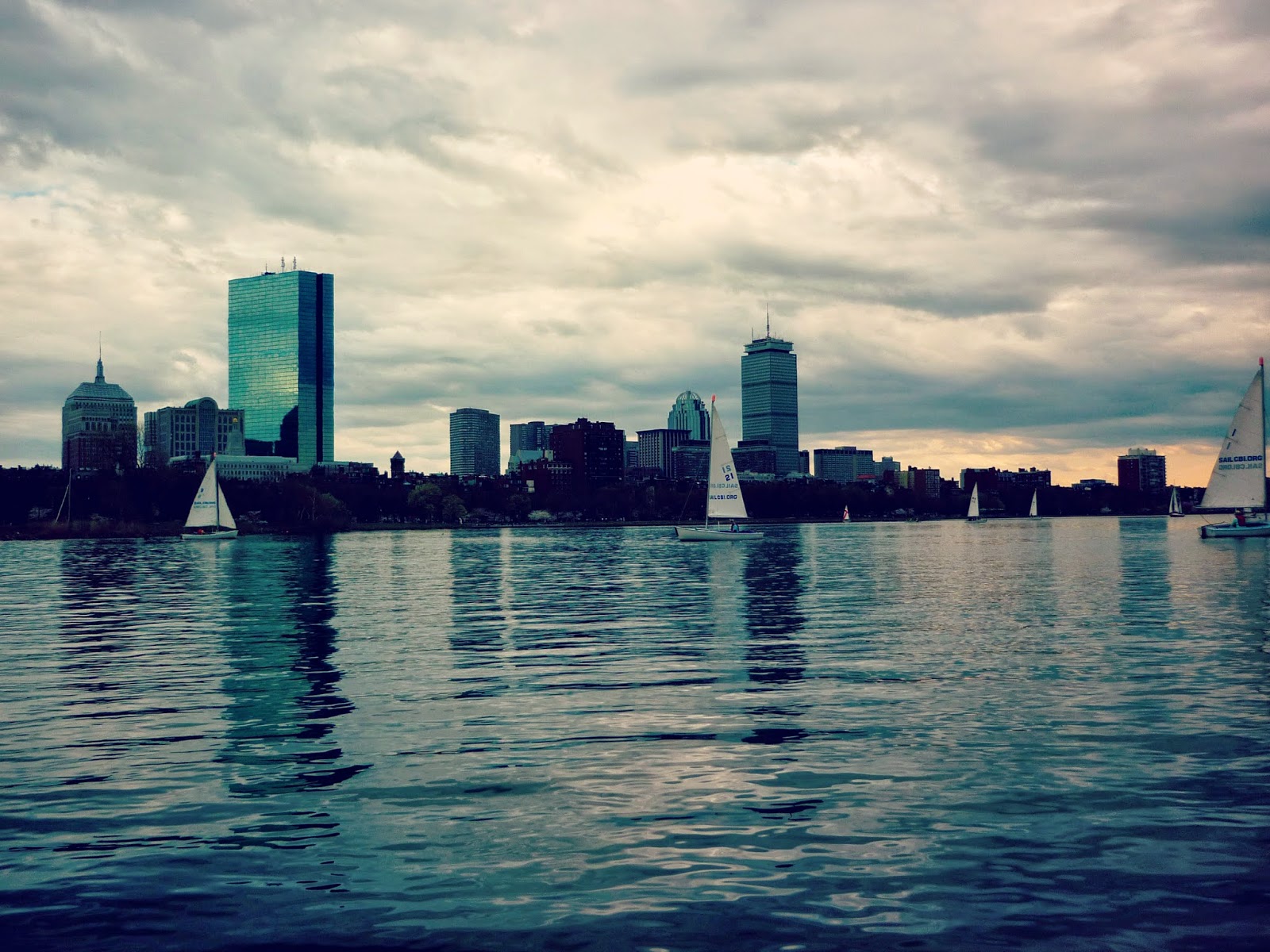 We dressed up and ate our weight in seafood at Legal Seafood. We told the waitress is was our friend's birthday (and it was, technically, next week). And dined on lobster and Boston Cream pie. 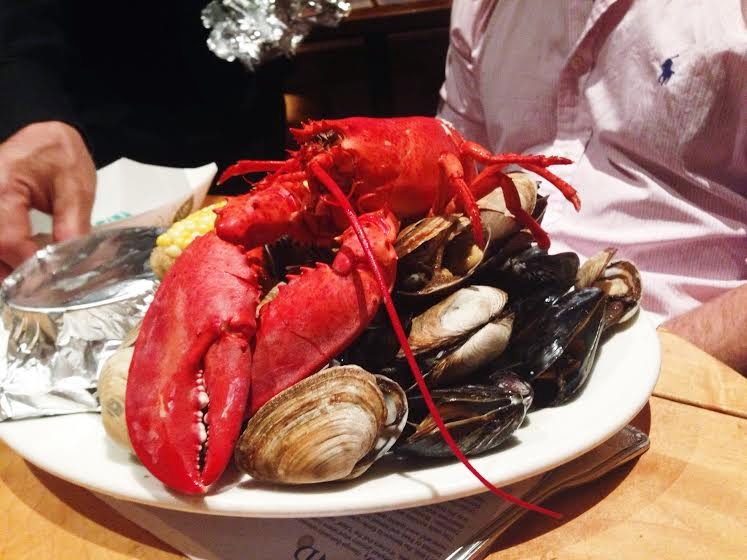 We were going to go out but opted for an apartment party instead. I wasn't mad about it. Sunday we went to a Brewery your at Harpoon brewery. I highly recommend it. It's only $5 and you get to spend time learning about the beer and drinking a good bit too. They even found a beer for me that I liked by mixing some of the beers together. 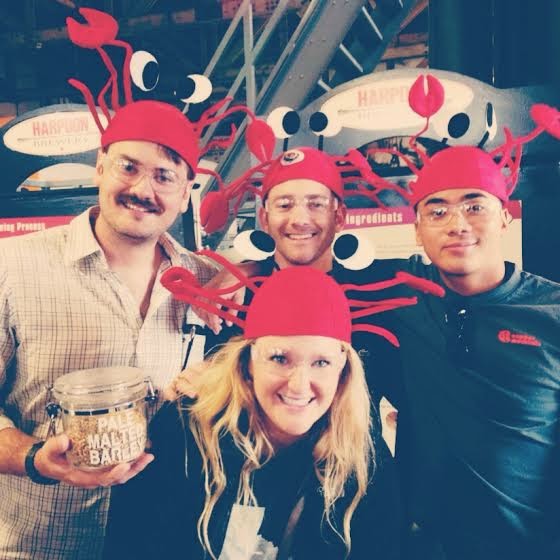 We had time for one more seafood meal before we left so we ate at Yankee Lobster. Most people thought we worked there since the hats were never removed. When in Rome. Then is was time for us to head back to Dallas. 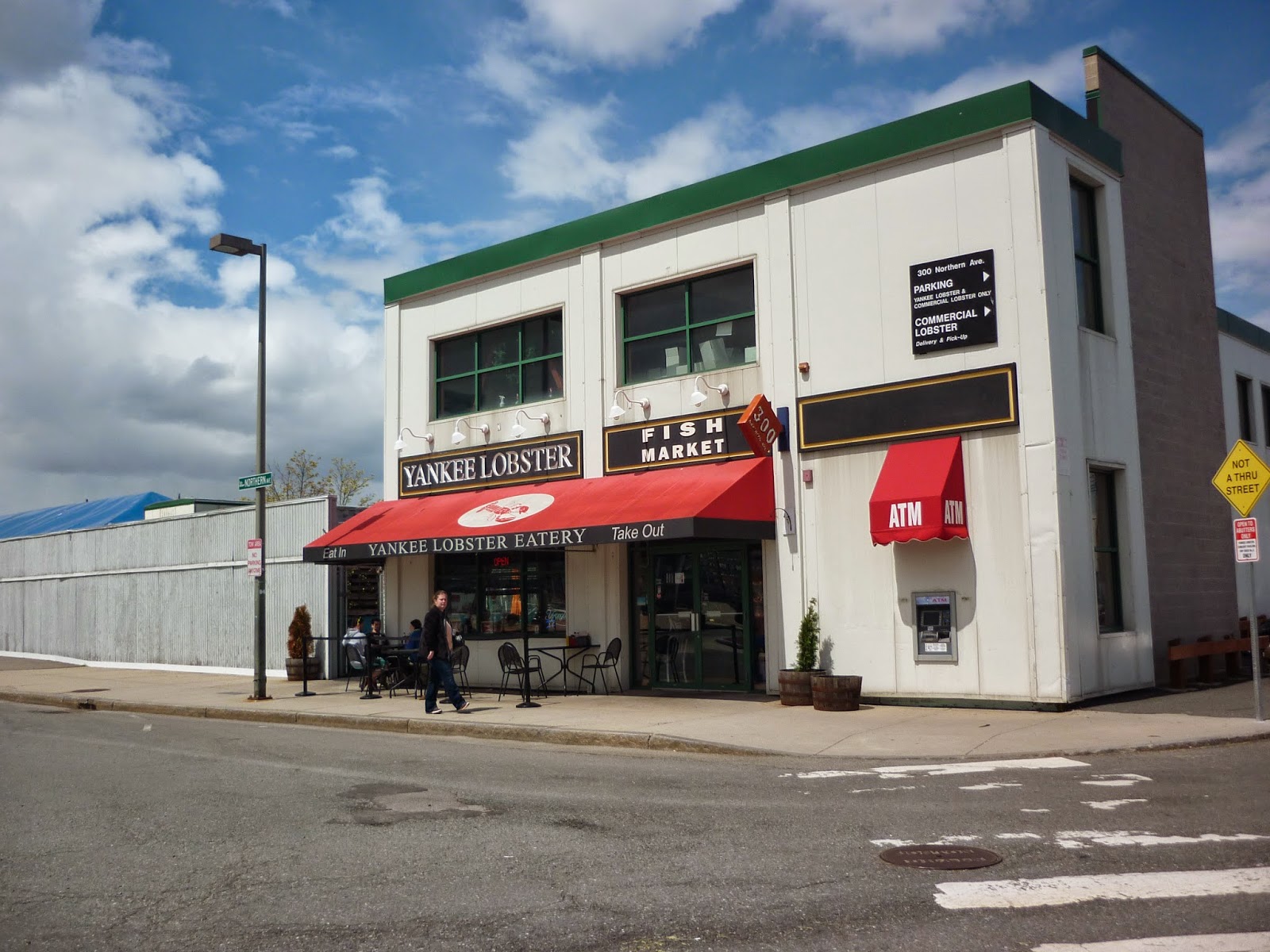 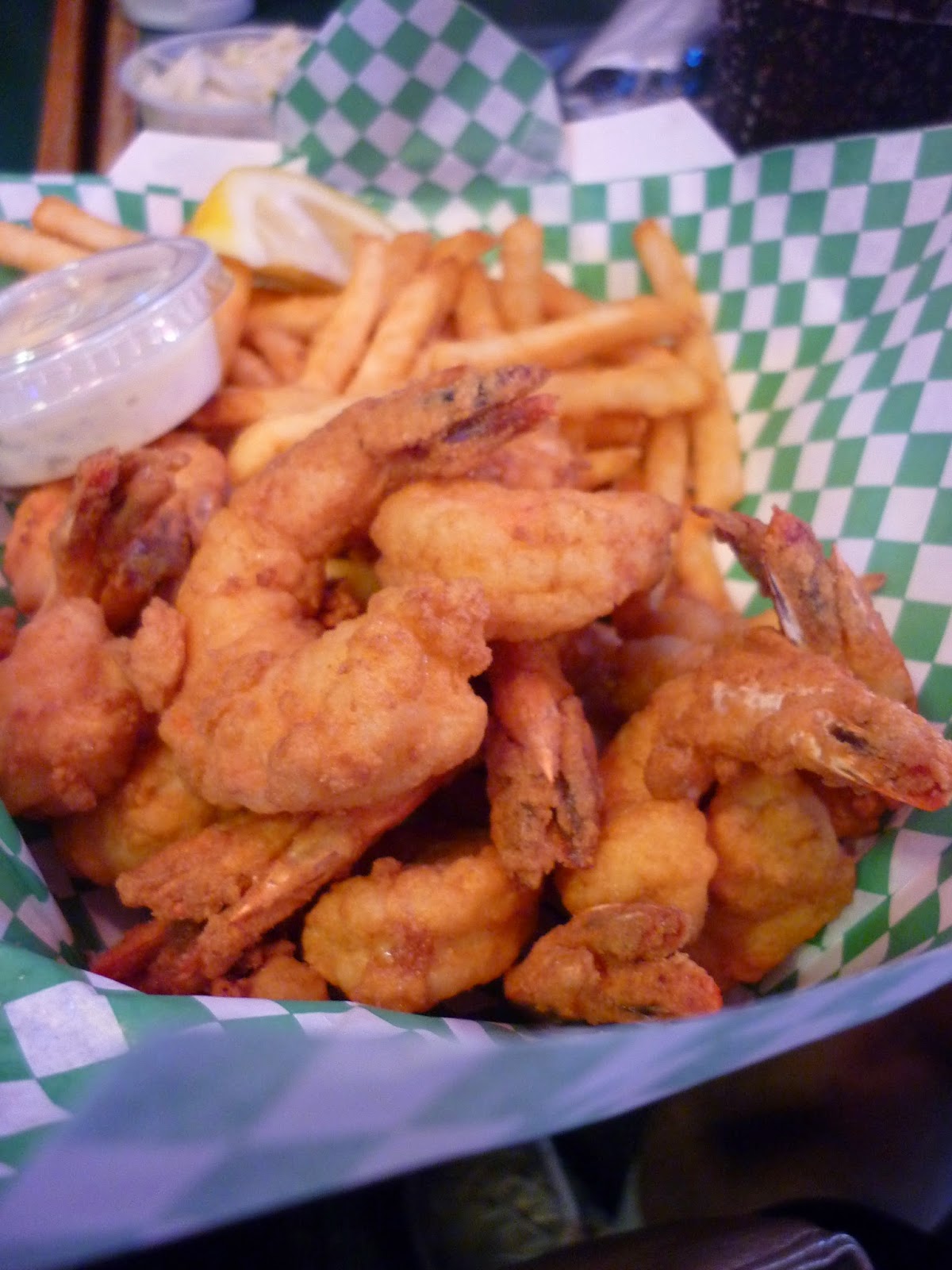 Why do trips always have to end?
And to end this on a fun note please click the button below (I know we did throughout the city this weekend):