Uncategorized
If you didn't know already, Mardi Gras is my favorite holiday of the year.
Well, I couldn't be in New Orleans this year because of my bum ankle.
So with limited options I had a Mardi Gras party.
I made a spotify Mardi Gras playlist.
Hung old Mardi Gras beads. (And some Mardi Gras panties).
With no to-go Daquiri shops like they have in NOLA, I went to Sonic and bought Root-44 slushes and mixed it with ever clear. 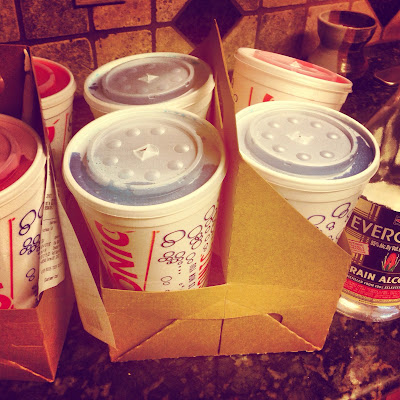 Even Hugo was excited. 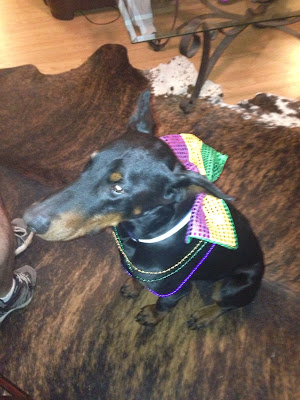 I also went to Party City and spent $5.99 on the best thing ever: A Bourbon Street Wall Hanging.
And then everyone who came through the door had to take a picture in front of it.
I'm such a genius, I know.
But it did kinda look like we were somewhere other than my house. 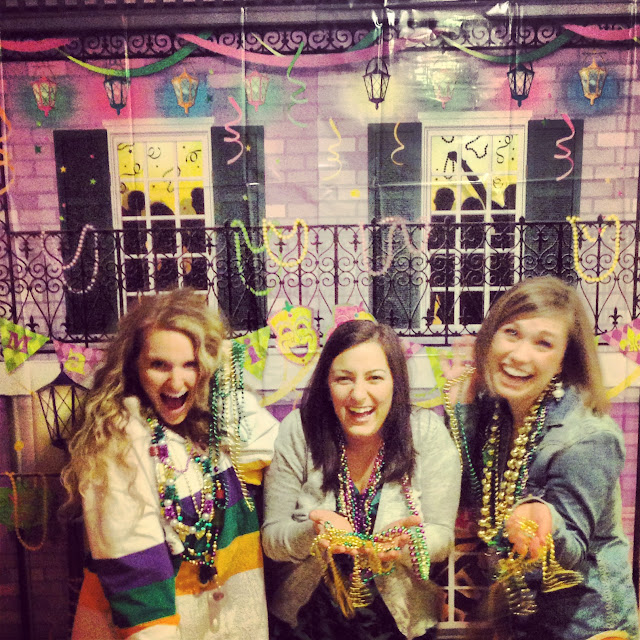 Without the creases in the backdrop we might actually be on Bourbon street.

Don't mind my men's XL Perlis shirt. I only paid $75 for it one year in New Orleans. I wanted to fit in. They only had this size left.
Since I wanted an authentic Mardi Gras experience that meant that I drank WAYYYY too much.
Which means it got weird. In a good way. 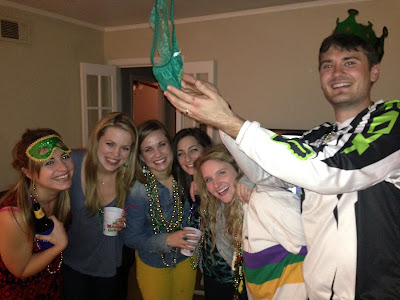 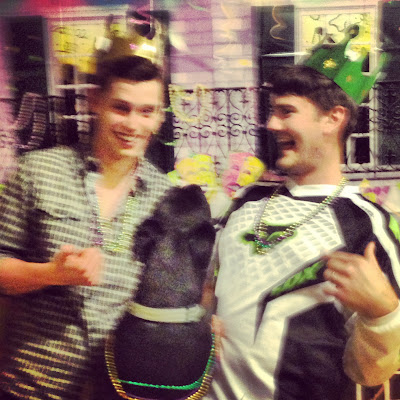 Sometimes if you can't go to the party you have to bring the party to you.
I'm lucky that I have friends that like to party, even if it isn't the real thing. 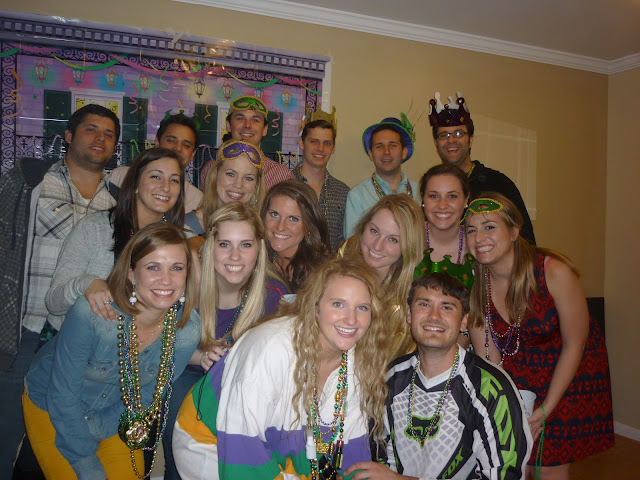 How was your weekend- do you celebrate Mardi Gras?