I Was A Theater Nerd

Last night, Michael and I went to see a play, Beauty and the Beast. While I was watching the actors perform, sing, dance, etc I felt a pull from my past. I missed that. One thing you might not know about me: I was a theater nerd. 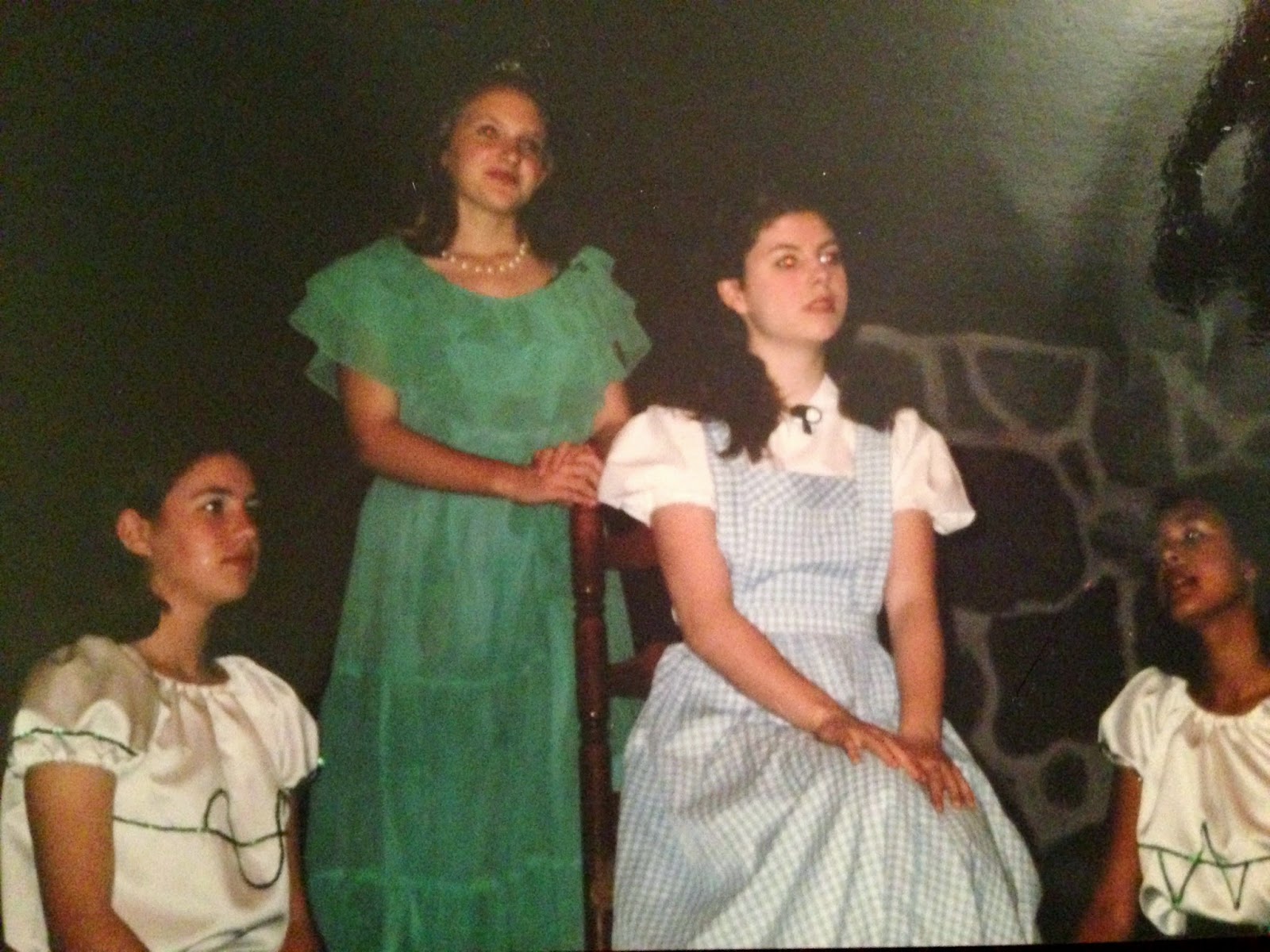 I'm not saying I was in one or two plays. I mean, I tried out and was in almost every play at my all girls Catholic school. And to answer your question, our brother school came in and played the male roles. But I once did play a man. In case you're wondering.

I've always loved performing. Any excuse for me to be dramatic was a good one. I started early, my mom signed me up for a children's play and I loved that I got to ham it up. I danced and played soccer, but in middle school I started loving theater. My dad coached myself and a group of 6 other girls in “Odyssey of the Mind” where we wrote our own plays based on a few rules. I remember going for the part, writing a script, and improvising when things didn't go right. I realized, this is fun, I want to do this all the time. 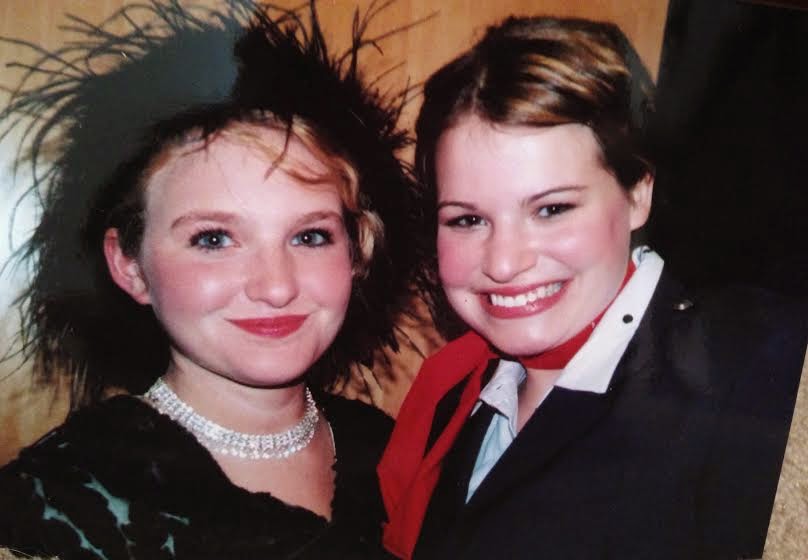 I was cast as Cinderella in 7th grade and basically thought that was the best thing that ever happened to me in my life thus far. It kind of was. I would walk around school and the kindergarteners and 1st grade girls would see me and say, “Ohh it's the princess!” I was hooked. 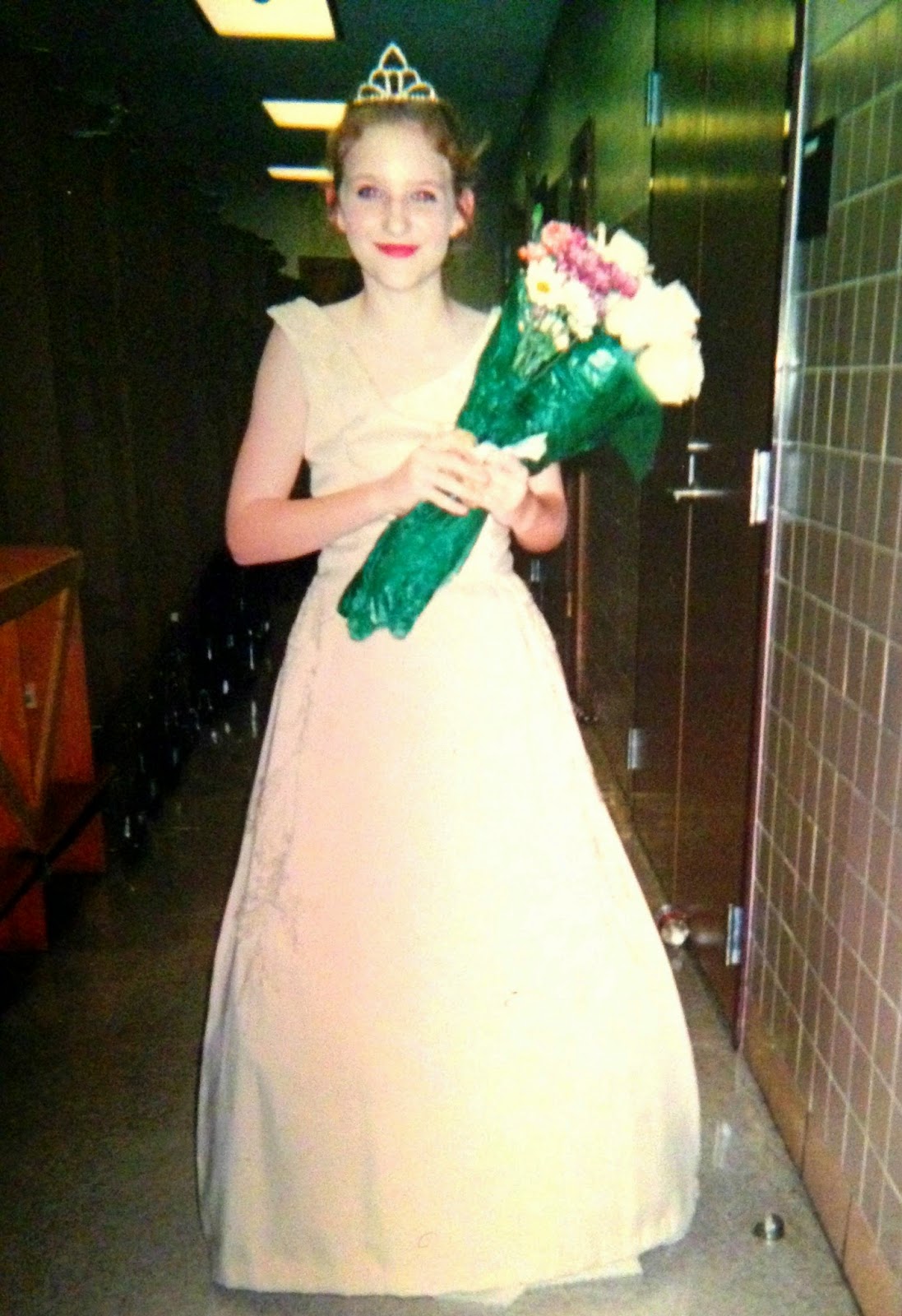 I really didn't have a great singing voice, I just really wasn't afraid of anything. Sure, I got nervous, but I enjoyed that rush of adrenaline before getting on stage.

Something I also enjoyed: the competition. When I got to high school,
tryouts for the play were more serious. I spent countless hours
memorizing my song, lines, and character affectations.  I spent most weeknights in the dark auditorium with piles of books and my back pack on one of the chairs. I studied during breaks or when I wasn't in the scene. I learned my blocking (where to stand or move during a scene), I thought about what my character must be like growing up or what her favorite hobby was. I was so involved in theater I thought it would be my life. I thought that after high school, I would study it in college and maybe even be on Broadway or somewhere with a spotlight.

Clearly, that didn't happen. I really wasn't that good. I was a sub par triple threat at best. But, I just couldn't imagine a life without theater. My theater teacher, Mrs. Bone, who I'm still in contact with today, left a great impression on me. But she didn't just teach me about how to be a character on stage.

Looking back, theater taught me so much more than just how to memorize lines (although that was definitely helpful) but the way to study characters, how to “act” in certain situations, how to think on my feet and improvise, how to enunciate, and that you're not always going to get the part you want. What I value most is that it's okay to put yourself out there. You won't always be the star of the show. Sometimes you'll just get a bit part. But that's life, and the show must go on.

Linking up, since this technically counts as back in the day, right?

Speaking of theater nerds… Taylor of The Daily Tay is a finalist in a Funny or Die video competition! Check it out and help her win! How to Move to Germany as a Freelancer