This weekend I headed to Austin, Texas for my friend's Bachelorette party. (You may remember I spent my bachelorette party in Austin and it was a complete blast.) We crammed so much fun in less than 72 hours that my head is still spinning.
I couldn't take any time off work so I flew to Austin from Dallas with a penis cake in tow. (I'm classy like that). Luckily Barbie and the cake made it safely to the hotel. 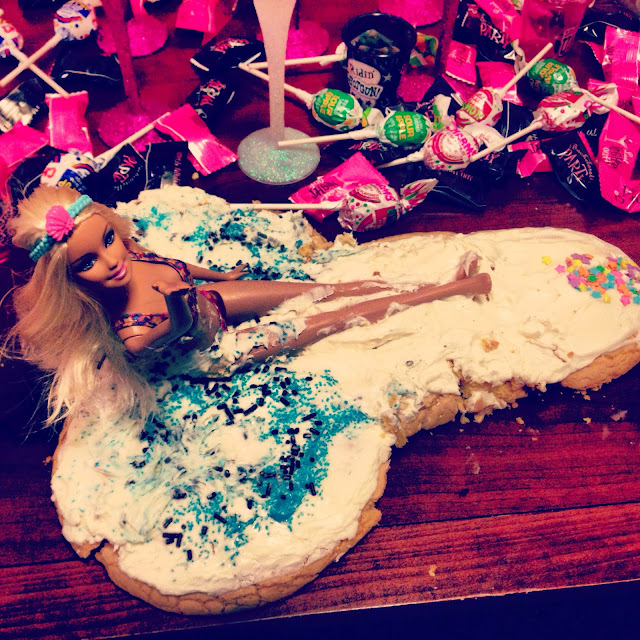 We dressed up in leopard and the bride to be wore black to hit up 6th street in Austin. 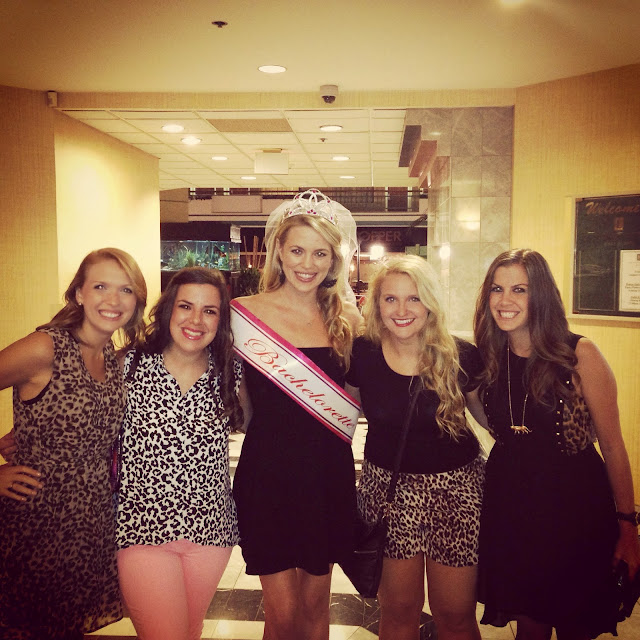 After dancing until the bars closed we took pedicabs to the hotel. Even though they aren't cheap, it's pretty fun to be riding down the streets of Austin while your pedicab driver blasts N*Sync and you're screaming it to innocent pedestrians.

But did we go to sleep? No, we continued the party. 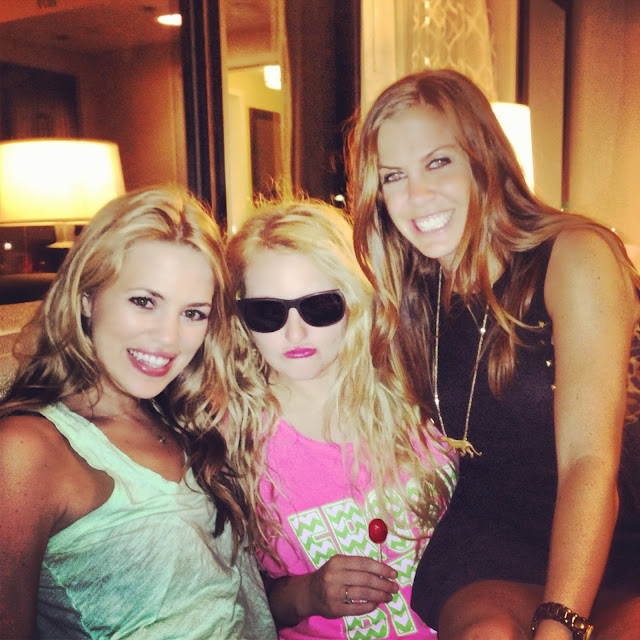 Saturday morning we had a lingerie shower complete with mimosas and penis straws, it's only necessary. 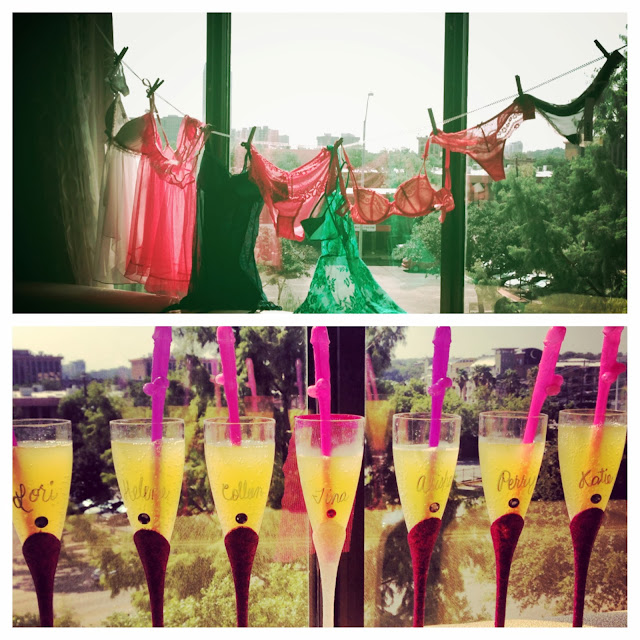 We put on our matching tank tops and took a boat tour of Austin. I would say we weren't the most obnoxious people on the boat, but then I'd be lying.

Saturday night we went out for sushi and then hit the dirty side of 6th street. 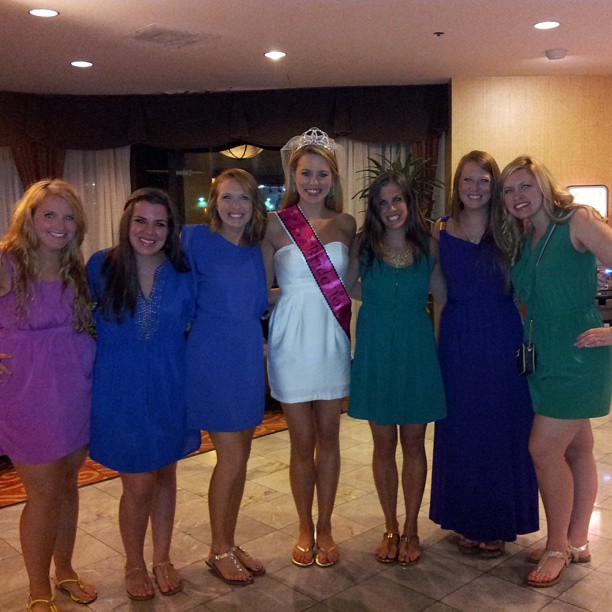 We wore masks, mine happened to say single. As a joke, duh. And even barbie made it out, despite losing an arm. 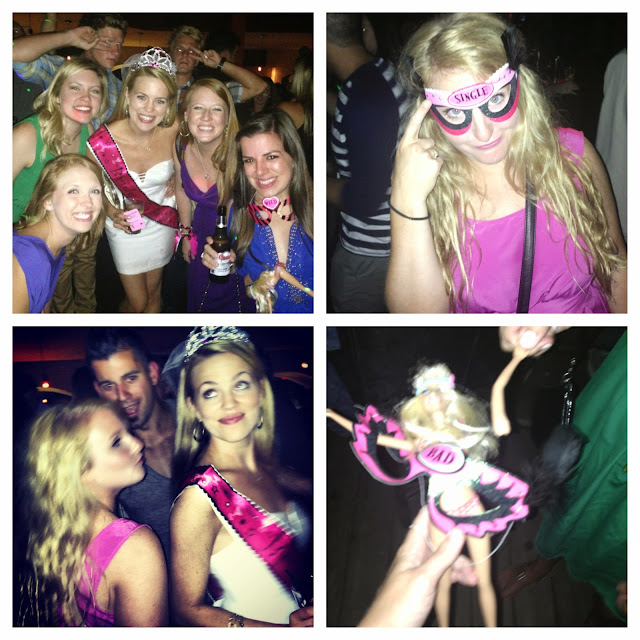 The drive home was a rough one as you can see: 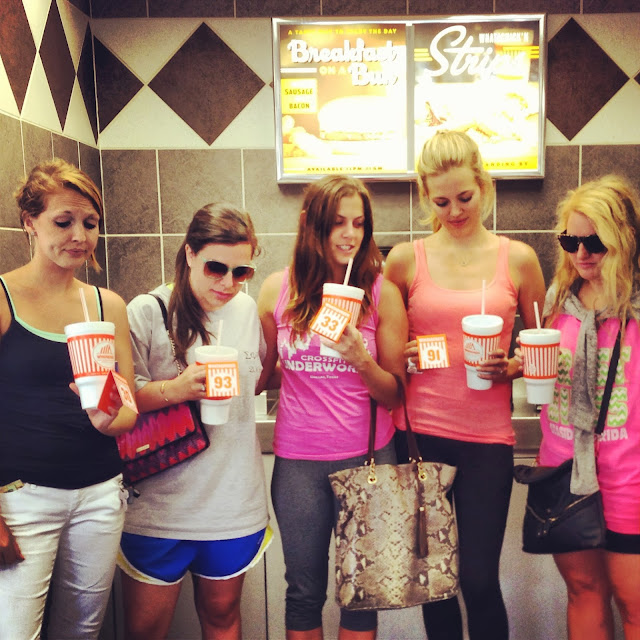 Despite how I feel today, it was a great weekend and Tina's Last Fling was a success!

How to Throw A Mean Girls Themed Bachelorette Party