To all the Smilers and Beliebers

We all hear celebrity gossip 24/7. Miley and Justin Bieber seem to make news more than any other teen stars and  frankly it's because they act out the most. Wearing leather shirts, twerking in horse costumes- you name it, they've probably done it.

But what about their fans? The die hards? How do they put up with all this mess?
Let's start with Miley's devotees, the Smilers. They had a slightly more overweight girl with multiple personalities (Hannah Montana) who had a Disney show and liked to sing about The Best of Both Worlds.

Then the shirts got shorter, the hair got longer and we partied in the USA and learned that she can't be tamed.

At the ripe old age of 19 she got engaged and it was all about The Bun. And not eating carbs apparently.

Now the bun's gone as well as all self worth. Her latest song, “We Can't Stop” references Molly, a common nickname for a drug, but the video is what is really clutch. She and her friends are tramping around doing what they want which includes dry humping the bed, dancing with teddy bears, making out with a barbie doll and just being generally sleazy.

Oh, is she just being Miley?
But, I love this song. I don't care what you say.
And to top it off she recently went on stage at a Juicy J concert (his song is Bands A Make Her Dance) and she “twerked” onstage. A great role model.
So how do her fans handle it?

They love it duh. They are super loyal.

As for Justin Bieber he's had a similar run. The Beliebers first fell in love with the flipped hair boy who was  discovered on the internet. He was “cool” since he got the hook up with Usher and sang songs with Ludacris.

He had a movie about him that made him seem very likable, and just a punk kid that liked to pull pranks. And loved the color purple. In 2010, he was the most searched for celebrity on the internet. (source). 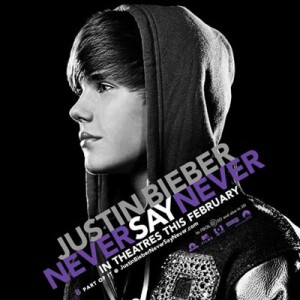 Then he started dating the tame Selena Gomez and got a haircut (and some tats). He was accused of having a child with a fan, who randomly disappeared from the media. 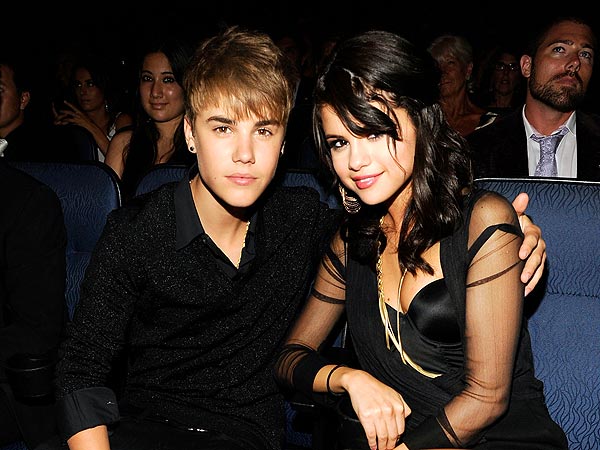 He started hanging out with some guy names Lil Twist and then he got cocky and had an attitude. He just seemed to not care. Selena got tired of the antics and they broke up. He drove recklessly in neighborhoods in souped up cars. He wears leather shirts and sunglasses inside (and at night). He got caught smoking weed and tried to blame it on Lil Twist. He had an oops when he said that Anne Frank would have been a Belieber. This is how Beliebers responded (get these kids some schooling):

He has recently cancelled concerts because of “exhaustion.” Let's hope it's just that.

So what to make out of all of this?
Well, after all this “acting out” I still like them.
Yeah Justin Bieber is a punk kid and Miley is a sleazy girl but they are growing up in the spotlight. Every teenager does dumb stuff. Their dumb stuff is emphasized by the media's watchful eye. Some of their actions I disagree with. But who am I to judge? Just because they come from a squeaky clean image doesn't mean they can't and shouldn't change. Sure, they could reel it in a little. But don't we all make choices we regret? So I say, go for it. But maybe just chill on the leather shirts and making out with a doll. Maybe take a look back at where you came from, who your fans are and what made you famous in the first place. It wasn't sex or drugs and you don't need that now to be relevant.

What's your take on Miley and Bieber? A History With Britney