How To Get Started with EDM Music

Uncategorized
Y'all, I leave for Europe in 30 days!! I'm so excited right now I could actually cry (maybe I am, who knows.) So let's talk about my reason for going to Europe: Electronic Dance Music.
It makes me happy. It makes me want to dance. It's just overall feel good music.
It's now become mainstream and some of it is even played on the radio. (Which bothers me to no end.) For newbies it can be kind of scary. It's loud, different and sometimes weird. Get into the wrong stuff and you'll swear off electronic forever. It's also confusing. There are a multitude of genres: House, Trance, Dubstep and more. Some people think it's just a bunch of noise (and some of it is) but some of it shows incredible talent of mixing music and beats to make a perfectly delicious melody.  You can even go to a seminar/exhibition to learn more, called BPM in Birmingham, England, in fact, Ibis has a range of hotels to stay in nearby. (Want to send me? GREAT.)
Whether you like it or not it's coming your way, so here's how to break it down (and no, you don't need any glowsticks.) 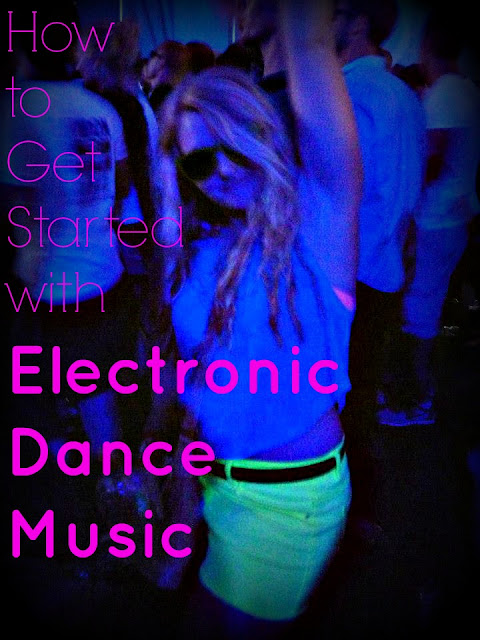 Start slow.
Listen to the remixes. DJs take songs that you already know and mix them with beats. Start with some transition songs you already like and then go from there. Most of these will be “House” music, since that's the most mainstream. Start listening to some Avicii, “Levels” or Fleetwood Mac's “Dreams” remixed by Gigamesh. You could also listen to really any Calvin Harris song (especially “Feel So Close”) as much of his music is on mainstream radio. Or if you like more of a country flavor try Avicii's “Wake me Up.”

Now let's take it up a notch.
You've heard some beats drop and some bass pumped. Listen to Skrillex's “Scary Monsters and Nice Sprites” or Swedish House Mafia's “Don't You Worry Child.” Both are very different from one another but still a slower beat. Well Skrillex's starts out slow… You could listen to Flux Pavillion's “I Can't Stop” And yes, you've probably heard it before, it's also featured on the movie The Great Gatsby.

Make it drop.
It's time to get into some dubstep and harder beats. Nero's “Promises” is an easy song to listen to, but if you really want something hard listen to Skrillex. Or you can try Bassnectar's “Basshead.” Try out these songs when you're working out. It will help you keep the pace and go harder. Or, it's just too much, you can try some trance music. Tiesto's “Paradise” or Hardwell's “Call Me a Spaceman” are two of my favorite songs ever.

Go to a concert at a small venue.

You can check out any DJ, especially an unknown. Just make sure to get familiar with the music beforehand. If you're in the Dallas area a great venue is The Lizard Lounge. They bring in big to small names and it only holds about 200 people and it's $15 to get in! My suggestion is the Swedish duo, Cazzette (they are pretty big now, but only recently so) and listen to their hit “Beam me Up.”

Go to a festival.
You've now mastered all the genres and even picked out a few standout artists you like. These festivals will really make your love for the music complete. Sure I went to a festival with 180,000 people. But it wasn't overwhelming. It was perfect. There is a sense of community unparalleled here, we are all here to listen to the music and have fun. Who doesn't want to do that? Best festival (I'm very slanted on this): Tomorrowland, in Belgium. There is also the Electric Daisy Festival in Las Vegas or check out Rage Texas to see any event going on in our state.

So what do you think?
Will you get into the music?!