These Are my Obsessions

Uncategorized
The title is supposed to read like an Usher song… these are my Confessions. Ok, moving on.

If you can't tell already, I am a very passionate person.

I've had many obsessions in my 26 years of life. Most of the time these obsessions have stemmed from music.
The first was The King: Elvis Presley.
I was in love. I would tell people that when I died I would go to heaven and marry him. (So I obviously didn't subscribe to the theory that he was still alive at my tender age of 8.) For one of my birthday parties we did an Elvis theme and we all dressed up in poodle skirts. We had a dance instructor come in and teach us a dance to ‘Jailhouse Rock.' We also played pin the microphone on Elvis. It was epic (but so were all my birthday parties, thanks Mom!)

Also please note the Elvis poster on my wall. This was obsession at it's finest.

A few years later I was all about JC from ‘N Sync. Unlike most of my friends who preferred ramen noodle hair Justin Timberlake. I like tall, dark and handsome. When my mom took us to see them in concert I made a poster that said “JC Marry me?” I wrote in my journal (the one that had a spoken password to get in) that I would one day meet and marry him, since we had so much in common. The next obsession wasn't a crush. Just a straight up obsession. Britney Spears.
I would spend hours and hours memorizing all her dance moves and perfecting my best lip synching voice.
I also did something very odd. I told people she was my second cousin. I mean. Everyone. In fact one of my sorority sisters (who went to my highschool, too) didn't know she wasn't my second cousin until I told the sorority that was a joke. 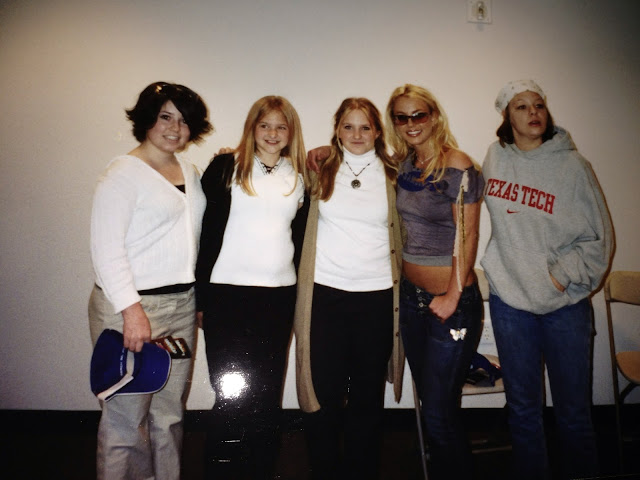 Here I am, with my second cousin, ya know.
How did I know she was on the verge and going to shave her head?
My obsession now? Electronic Dance Music.
No, not one person in particular, although Avicii is pretty cute.

But it's just the whole thing.
I listen to it for hours a day and go to as many concerts as I can.
Here is my current phone background: 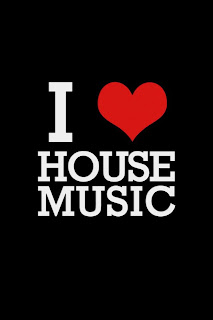 When the concerts are like this how can you pass it up? 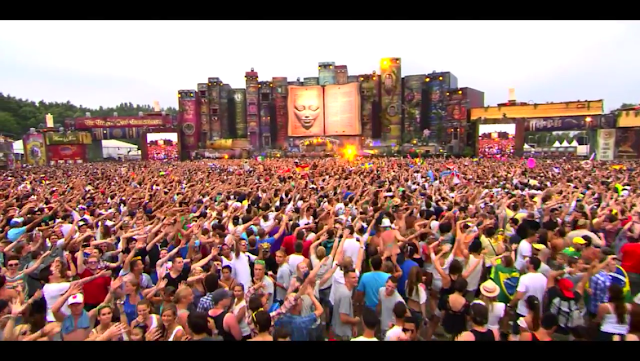 So why am I so obsessed?
Because it makes me the happiest person ever. And everyone around me is happy too.
It makes me want to dance. And if I'm dancing, then I'm at my most content. It's the buildup and the crowd and the excitement. I just can't get enough.
A lot of people associate this kind music with drugs. But I'm here to tell you, you don't have to do that to have fun. I never do. And look at me:

this is me having a good time.
The good thing about this obsession: I'm not claiming to marry anyone or be anyone's cousin.
What are your obsessions?