10 People You Meet at a Music Festival

Uncategorized
Before I get into today's post I wanna tell you I am meeting Sarah from Venus Trapped in Mars tonight!!
AND we are co-hosting a link up (her genius, not mine) about your Google Search Words. You know, the weird words that people google that leads them to your blog? For example: “get me to the fest dammit”
We wanna hear about them.
The wackier, weirder the better.
In fact, whoever has to funniest ones will be announced on our blogs!
The link up is set for next Thursday, May 2nd! 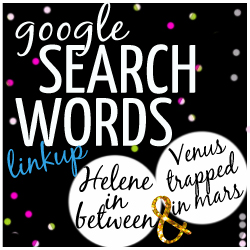 If you don't know already, music is my favorite thing ever. (Well, besides Marie Calendar's Chicken Pot Pies, those things are delicious)

Every time I go to a concert or a festival, it never fails, there are always the same kinds of people you encounter.
Here are the 10 People you meet at a Music Festival:
1. The Groupie
This girl is soooooooooooooo excited to be here. They can barely contain it. Don't worry you won't have to spend too much time with them because they will be at the front of the stage salivating over the guitar player. She is unsuccessfully going to try and get backstage and then get lost from all her friends. she doesn't care. She just got to see “the love of her life” perform. She's in heaven.

This is typically a guy who has spent way too much of his life on ecstasy. He is twirling around glow sticks and looking up every few seconds to assure he has an audience. He wants you to know this is indeed a skill. Watch out he may pick up his pretend rave ball and throw it your way.

3. The Druggie
“You guys got any Molly?” No. Get away from me.
This person is so drugged out they have no idea who they're here to see. Because they aren't. They are here for the drugs. Catch them sucking on a lollipop and looking up into the sky.

4. The Drunk
This girl can't walk in a straight line and is constantly screaming, “That's My JAM!” at every song. She can be seen vomiting near the bathroom (she doesn't have enough wits about her to quite make it there) and her friends are holding her up by both arms. Unsuccessfully.

5. The Expert
This person knows the ins and outs of the music. “Can you hear the flute in this song? It transforms me.” Yeah. You can transform your way out of my line of sight to the stage. They are trying to tell you everything you don't know about the artist and the music scene. Can you talk to me later? I'm at a festival. Thanks.

6. The Bro
This guy is decked out in a tank top and cut off shorts (or his shirt is removed if it's later in the day). He's got a fresh brew in his hand and he keeps chanting things like “Legit,” “YOLO” and “Tight!” He is probably trying to hit on the girl in the skimpiest outfit. Don't worry, he will pass out soon.

7. The Slut
She is hanging out with the guy above and is wearing what I can only describe as a swimsuit (or lingerie.) She has on neon and glitter. On her chest. And every girl hates her. She is dancing provocatively and licking her lips. She has no idea who's playing.  Hint: wearing more bracelets doesn't equal wearing more clothing. 8. The Hipster
This guy is here for the music. Don't speak to him. He has his eyes closed and he is bobbing up and down to the beat. He rarely moves from his spot and he is wearing glasses although, he has no use for them. He is also wearing flannel although it's 94 degrees outside.

9. The First Timer
This is the first time this person has ever been to a music festival. You can easily trick them to beleiveing in make beleive artists and they will tell you they love them. They are dressed in what can be described as an “American Pride” outfit but really they are just an embarrassment to our country.

Have you met these people?