Travel Tuesdays: A New Link up!

Welcome to Travel Tuesdays!
Rules for the link up are just to grab a button and blog about anything Travel related!
(you don't have to go out of the country, really anything!)

So this week I am going to talk about one of my favorite places and the background for the button: The Eiffel Tower, Paris.
I really don't know who doesn't love Paris.
Sure people say the people are rude.
WHO CARES. It's freaking Paris.
It's Magical.
Especially the Eiffel Tower.

So last summer we went to Paris and of course the Eiffel Tower was high on our list.

When I first saw it, I lost my breath. 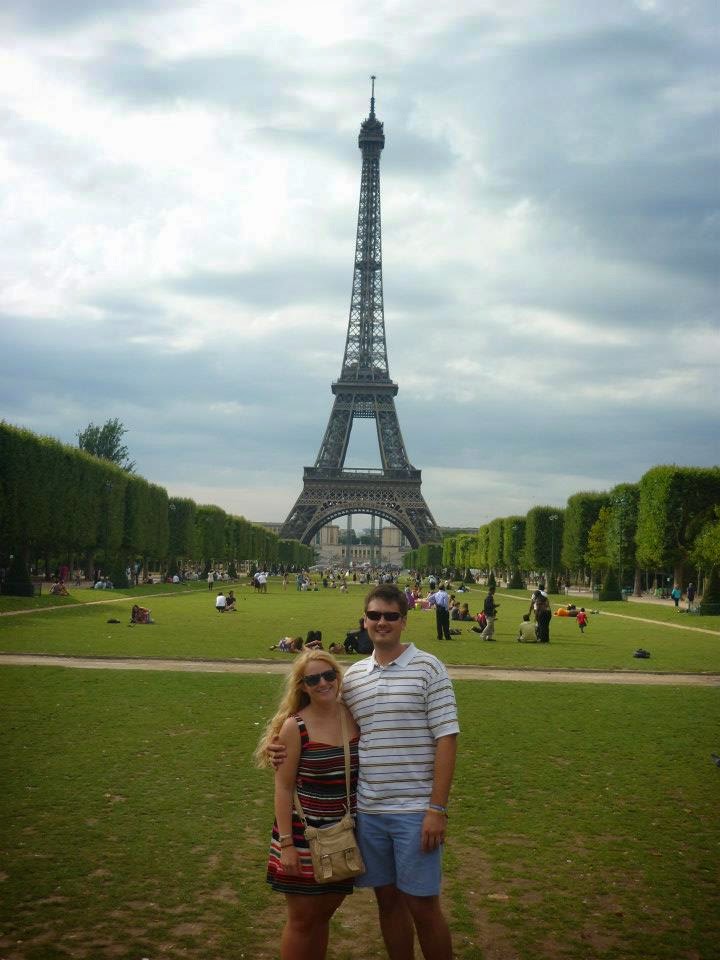 It was just perfect.
We took pictures of it during the day with plans to come back that night.

Side note- I was furious with Michael during these pictures. I didn't feel like he was being romantic enough in front of the tower. Did I mention I believe in romantic movies too much?
Also, how can you be romantic when you're there with two guys. Oh, you can't. 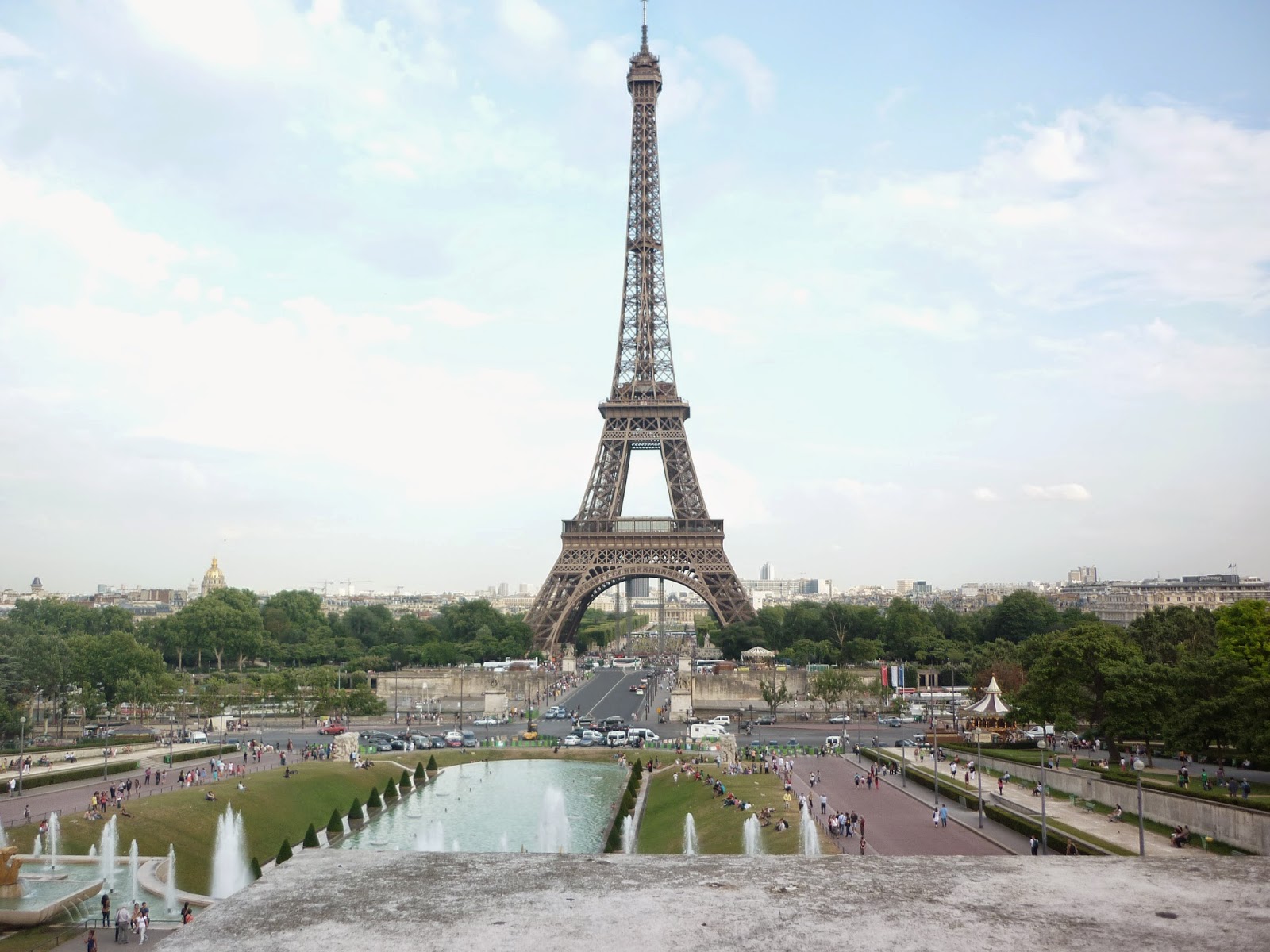 Especially when they are insisting on doing this pose… 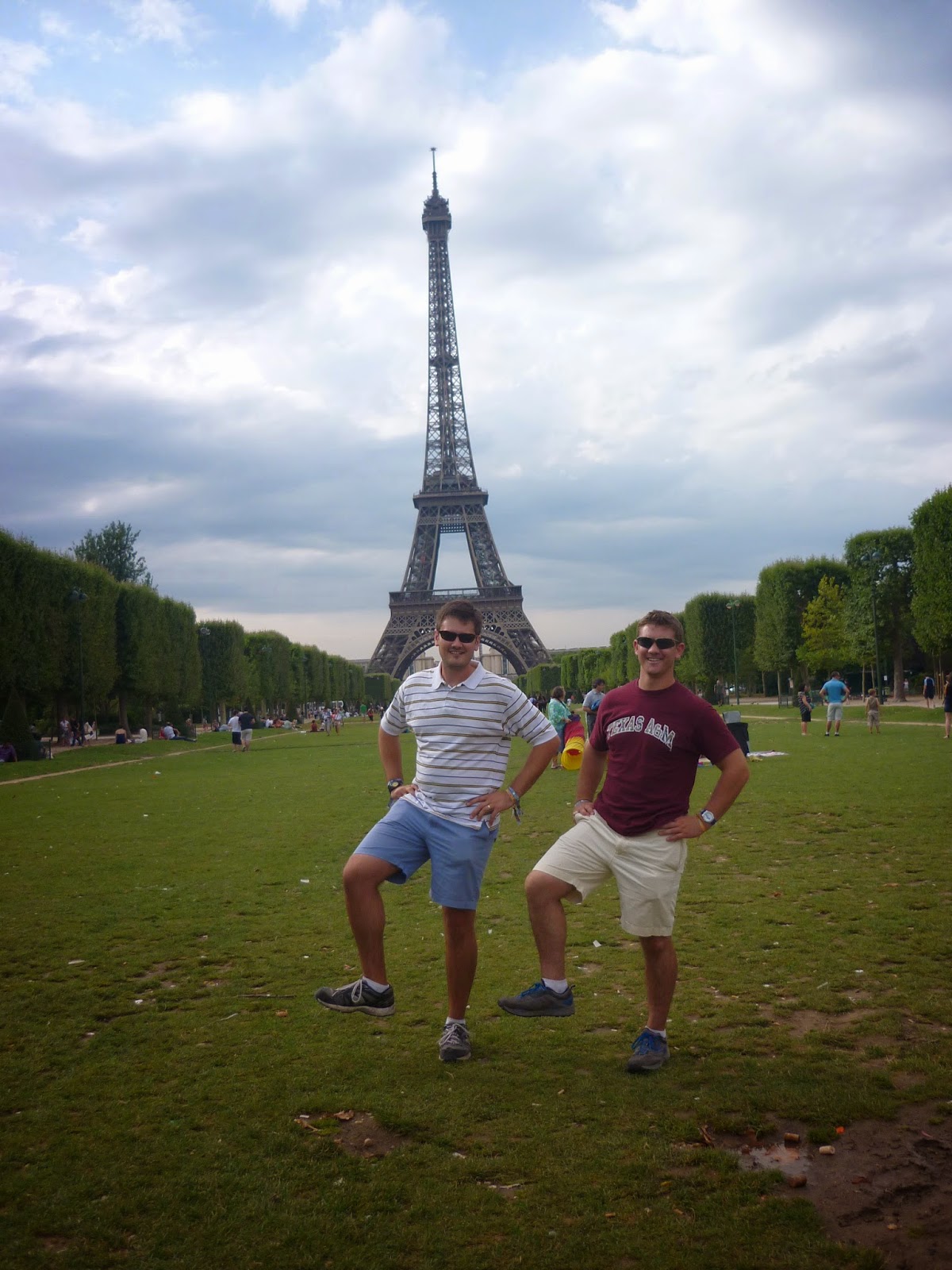 So we leave and go to a few museums and walk around.
We went to a grocery store nearby and grab 4 bottles of wine (don't worry we bought more) and some cheese and french bread.
We went to the Eiffel Tower and poured a glass as we watched the tower light up the sky. 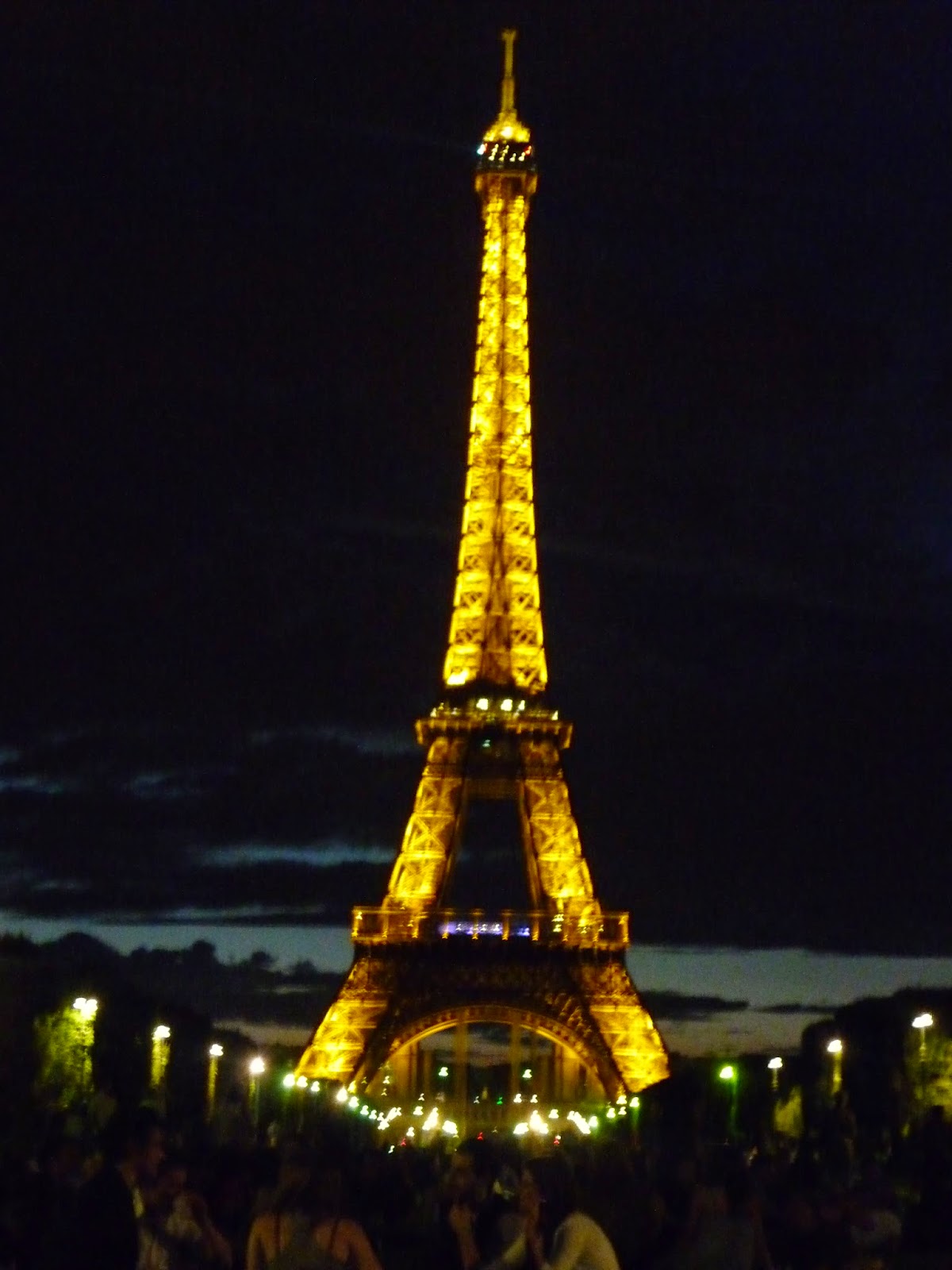 I get teary eyed thinking about it.
It was like a little piece of a dream to watch the Eiffel Tower sparkle against the night sky.
One day I hope to go back and see that again.
People from all around the world; sitting near the tower, talking, drinking, dancing, singing, did I say drinking?
It's perfect. 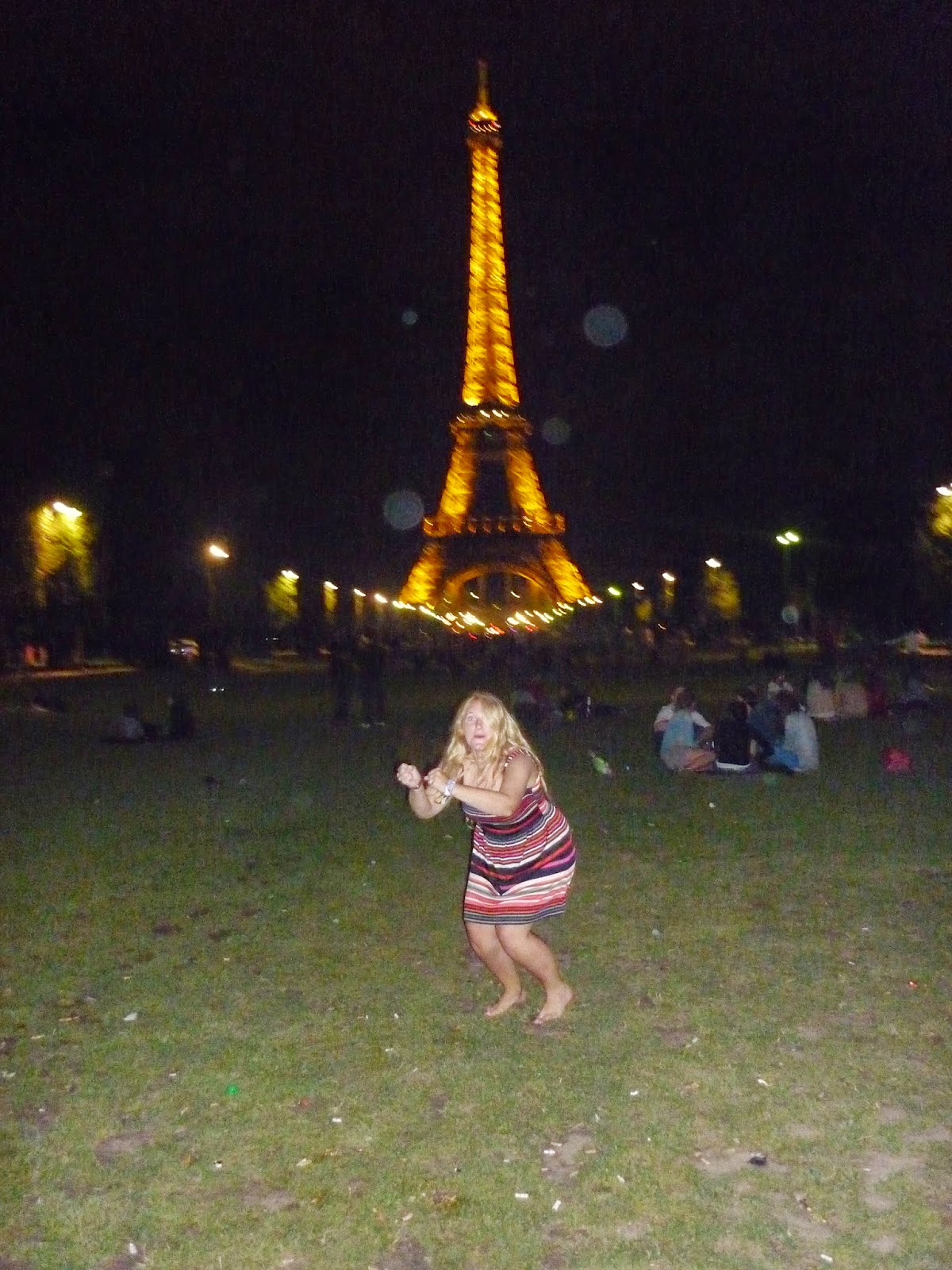 I might of had a little too much to drink.

Lesson here: Go to Paris, Get Drunk in front of the Eiffel Tower.