Uncategorized
Why in the world am I speaking French?!
Because I am dreaming of Mardi Gras and crying about not being there this year.
“Laissez les bons temps rouler” means let the good times roll.
And when I go to Mardi Gras I definitely roll in the good times. 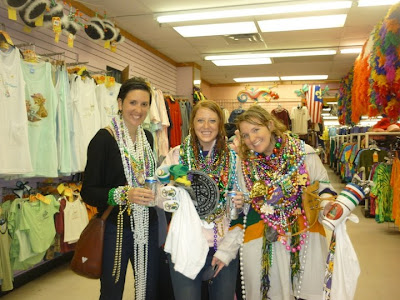 I can't go this year because my love of beads and alcohol will not mix well with healing my broken ankle.
Instead I will be thinking of this girl partying there.
Let me tell you, I DO NOT MISS MARDI GRAS.
My family is from Louisiana so it runs deep in my veins. It's my all time favorite holiday and there is just something about the parades, beads and dancing in the streets that make me the happiest girl on earth. 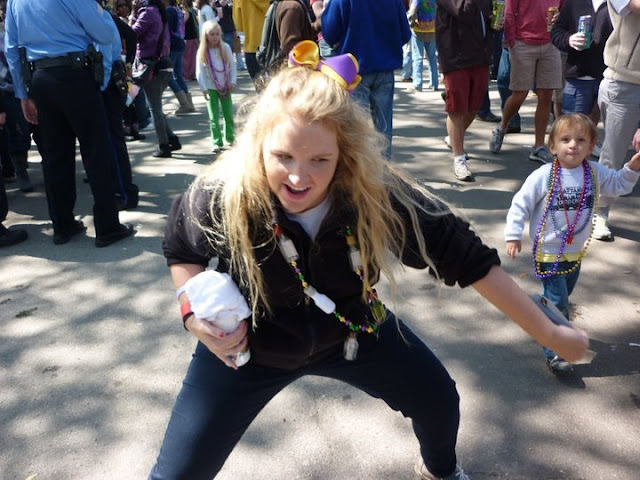 But I wanted to look back on my Mardi Gras pasts and give you some of my tips:
1. At least once in your life: Go to Mardi Gras.
New Orleans is almost like you're in another country. People are laid back, drinking is done in the street (as well as everywhere else in the city) and no one cares who you are or what you do- you're there to party. Mardi Gras makes me feel like a kid again, it sparkles. I can't put my finger on it.
So just go with and yell “Throw me somethin' mister!” 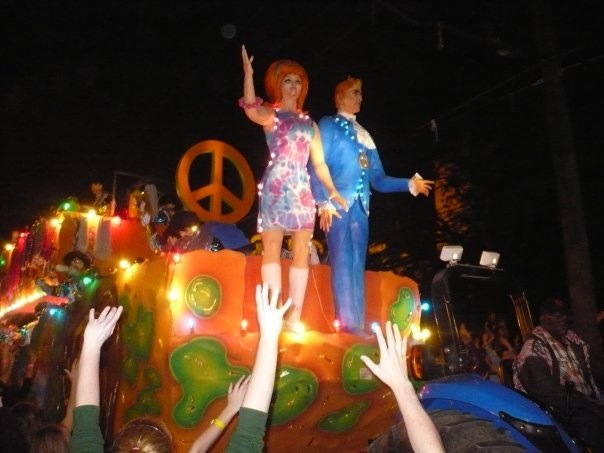 Yes, duh. You are in New Orleans for Mardi Gras, of course you're drinking. But drink wisely. My favorite is the To-Go Daquiri's from Fat Tuesay's, get the largest size, they come in a milk carton. That way you can put some in a Bubba keg and get ready to go. Or get yourself a famous Hurricane. But be careful, it can knock you on your ass in no time flat: pace yourself.
JK it's Mardi Gras. 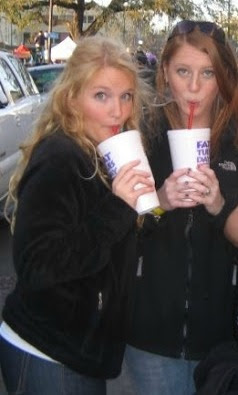 3. It's all about the beads.
You DO NOT need to flash people to get good stuff. You just need to be aggressive. I could not be more serious. I will step on your child and knock your beer out of your hand for a boa. I have done it before and I'll do it again. I spot what I want and then I will walk with the parade float until they give it to me. Beads mean success. 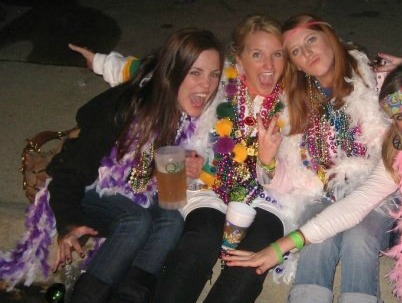 4. Sight See.
It's plenty of fun to stumble around the French Quarter and Jackson Square and see some of New Orleans best buildings and sites. Go eat at Cafe Du Monde, it's the best cheap hungover food money can buy. There will be a line. Stand in it. It won't take long. Go to the French Market and pick up some authentic New Orleans art or some cheap T-shirts. 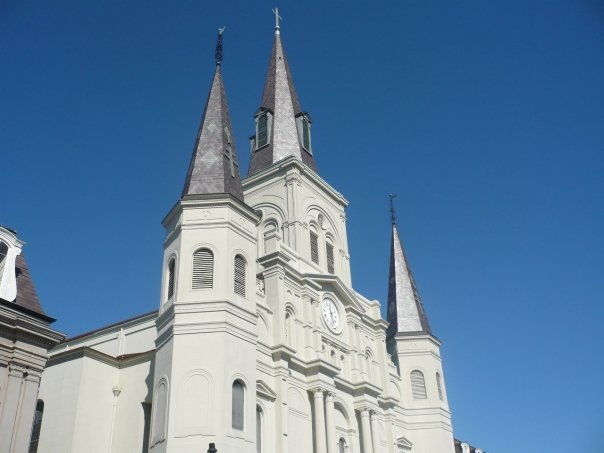 5. Take a Street Car.
Taxi's are expensive and usually the drivers are in bad moods. The street car is a great way to get around. And if you have access to a car do you really want to be the designated driver? No one does. You can always make friends (or enemies) on the street car. And it's the best way to see the city. 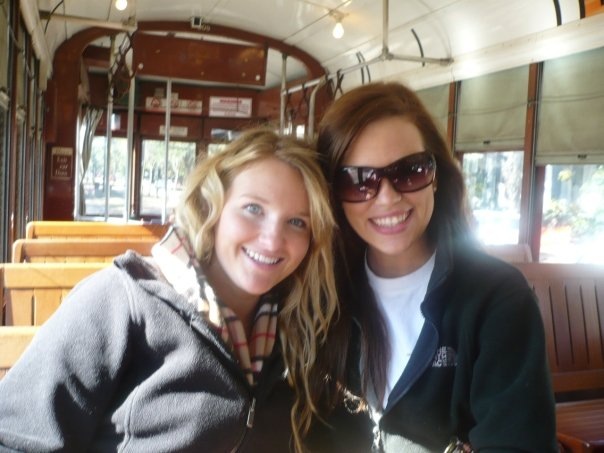 6. Don't worry about your appearance.
If you're doing it right you're drunk and sweaty. You are grabbing beads and making new friends as well as dancing in the street waiting for the next band to come through. It often rains. Get over it. Make up doesn't matter and neither does your hair. See below. 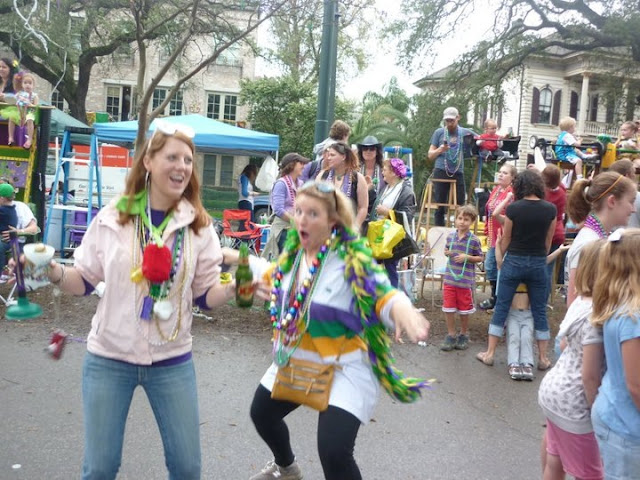 7. Avoid Bourbon Street.
During Mardi Gras, Bourbon Street is INSANE. I have seen the grossest boobs, the bloodiest fights and the Wastieist (a new word?) people ever. I mean you will probably end up there. I know I always do. But just know that it will be VERY crowded. Head to Pat O's if you do. A piano bar with everyone singing “Proud to be an American” is one of the highlights of my life.

8. Pay attention to the Marching Bands.
The floats are so extravagant and awesome, 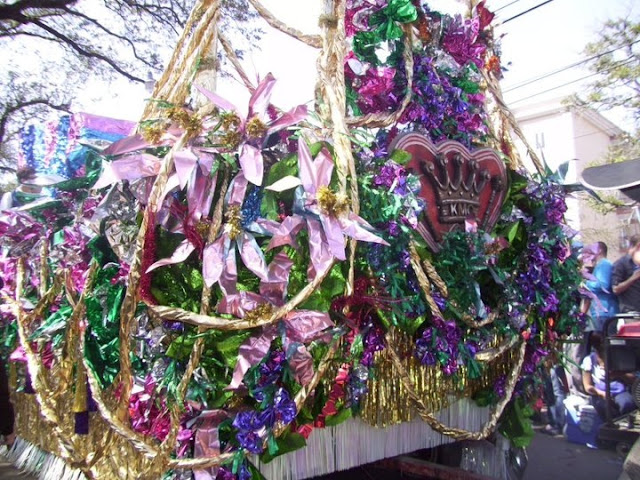 but the marching bands are incredible. These bands are generally high school students from all over and they mean business. My favorite are the dance teams that trail the marching bands. It is my ultimate dream to dance with them in the parade. I have tried once, but they don't like me messing up their swag. 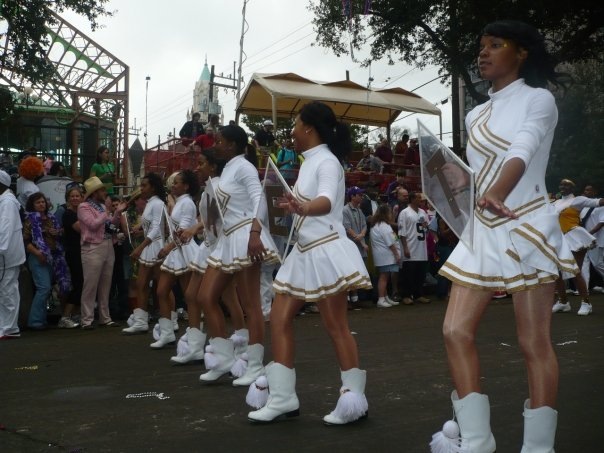 9. Sleep is for the weak.
Mardi Gras is celebrated in New Orleans for a good month, but the night before Fat Tuesday you should plan on staying up the whole night (as well as very late nights the weekend before). The parade on Tuesday is early in the morning and you really don't want to miss it. You may even catch a hand painted coconut at the Zulu parade. 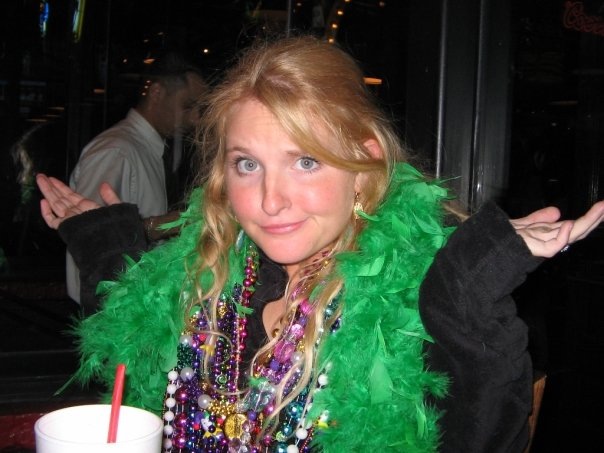 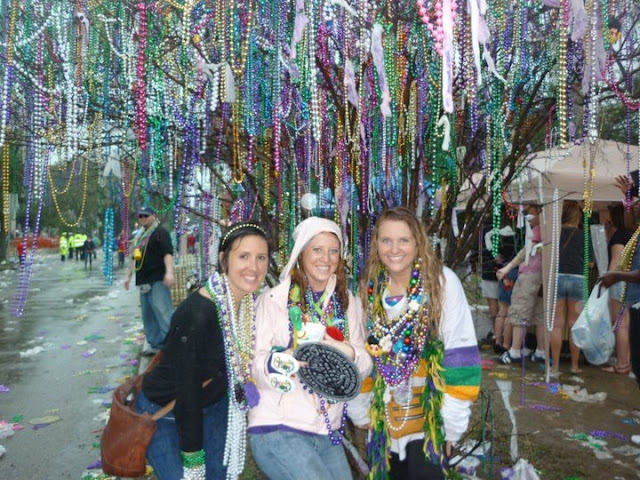 It's the Best Party in the World!
People come from all over, to this city that we thought might be washed away in a hurricane (and I guess it still might). So if you go, catch some beads for me. I will be singing the Mardi Gras Mambo and drinking a strong frozen Daiquiri here in Dallas.

Your Next Favorite Music Festival

Down in New Orleans