The story of “we”

Readers have been asking me about how I met my husband. Mainly, my mom, who already knows, but insists I put the story up here. It's a good one but a long one. Usually I take things “light” on the blog but this story is a little more touching. I hope you'll stay along for the ride.

~
It was the summer of 2004, before my senior year of high school, and one warm night I went to a friend's house party.  It was a typical night of drinking (and me convincing everyone to dance). I see a group of new guys I had never met before. (Mind you I thought I was cool and knew everyone in high school, plus I went to an all girls Catholic School so I didn't recognize all the boys from our brother school). But there was one guy that I thought was cute. Being the outgoing person I am I introduced myself and gave him my number. Plus the Homecoming dance was coming up and homegirl needed a date.

November 2004, at this point everyone knew I liked him. I was waiting on pins and needles to see if he would ask me to the dance. One of his friends told me he wouldn't- he is very VERY cheap and didn't want to spend the money. I carpooled with my friend and on the way home from school she said, “I shouldn't be telling you this but I can't help it, he's going to ask you to Homecoming!” I squealed.

Homecoming Dance 2004
After that we were inseparable.  On November 22nd, 2004 he “officially” asked me to be his girlfriend.  And we promised that every time we make a wish that it is that we are together forever. We stayed together through the end of high school and decided to stay together through college. I stayed in Dallas and went to SMU while he headed 3 hours south to Texas A&M. 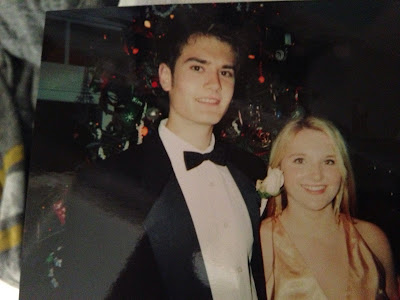 He was in the Corps which made things harder. The Corps is an organization of students at A&M and most of the students plan on being in the military afterwards and it sucked up a lot of his time. No matter what he always managed to call me every night to say goodnight.

He visited me often and one time even came home for a surprise visit, my freshman year.
Summers were the best because we had months of time to be together. Nothing seemed to change despite the distance.

August 2008, beginning of senior year of college rolled around and we talked about getting engaged. We both planned on living in Dallas and working there. He wanted to get his master's first and he really didn't want to get engaged before he started that. I pouted over that. 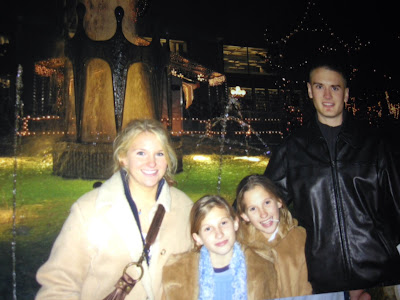 That same summer of 2008, my little sister (she was 14 at the time) got diagnosed with leukemia and it rocked my whole family's world. But he was there for me every step of the way.

Towards the end of my senior year she was getting better. Still a long road ahead but making great progress. We were almost finished with school and Michael was planning on coming home for Easter and his birthday. We had plans to go to dinner for his birthday and out for ice cream. 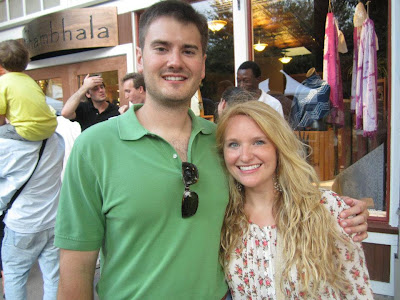 Dinner was delicious and then he insisted we go to Barnes and Noble to read some magazines before heading home. We did this sometimes but I didn't want to do that. I was all dressed up and wanted to hang out with our friends. I went anyway.

We got ice cream and on the way home I noticed he didn't care that his ice cream was melting. This was extremely odd because usually he acts as if the world will end if ice cream melts. I mean it's dangerous. He will have me hold the steering wheel driving home at midnight on the highway so that damn ice cream won't melt. But not now. I even pointed that out- he said he wasn't very hungry. I have never in my life seen this man turn down ice cream. But I didn't think much of it.

We get to my parents house, and I notice some cars parked down the street. I say that the old people must be having a party. He laughs. As we walk up to the door he grabs my hand. I can tell he's shaking a bit.
He tell's me, “Remember how we always wish that we will always be together?”
“Yes,” I say.
“Well I still wish it.”
With that we are out of my parents front door, the spot where we took pictures before the homecoming dance. The spot where we had our first kiss. The spot where we say goodbye before he leaves for college.
He kneels down and says the most beautiful thing, of which most I can't remember because I am in total shock, and ask's me that we are together forever.
I scream, cry, and jump and say yes.
The ring is amazing. I can say that because it's a family heirloom and it's 90 years old. 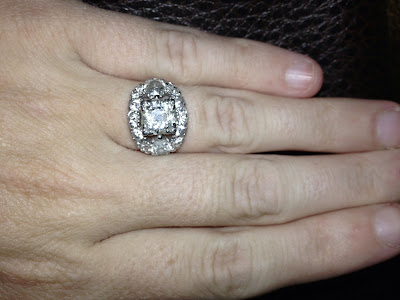 It was my great grandmother's, my grandmother's, my aunt's and now mine. And they all stayed together.
I open the door to my house thrilled to tell my parents. To my even greater surprise there are 75 of my closest friends and family members there. All there for us. It was the best night of my life.

I was shocked.
We waited 2 years to get married (until my sister was better and when he was closer to finishing his masters). On April 30th, 2011 I was the happiest lil lady in the world. 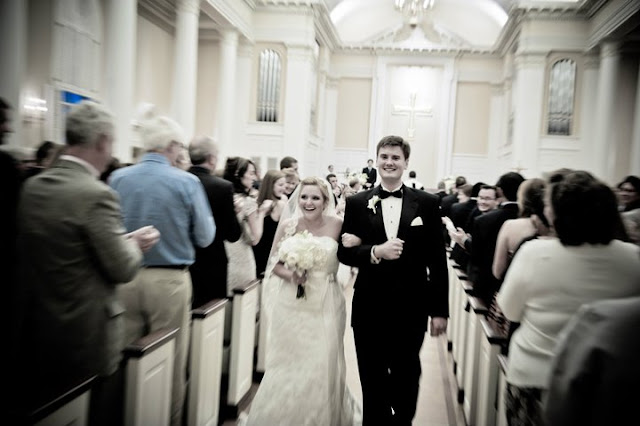