I'll admit it: I'm a cheapskate. I embrace this. I like being cheap. It means I can afford things I deem awesome like travel and coffee mugs that I can Instagram. #blessed.

Anyway, I'm over these “luxury items” that I can't quite figure out. Do you really NEED this? Probably not. Also, why didn't I think of that? That might be the real question here. But regardless, it leaves me puzzled. 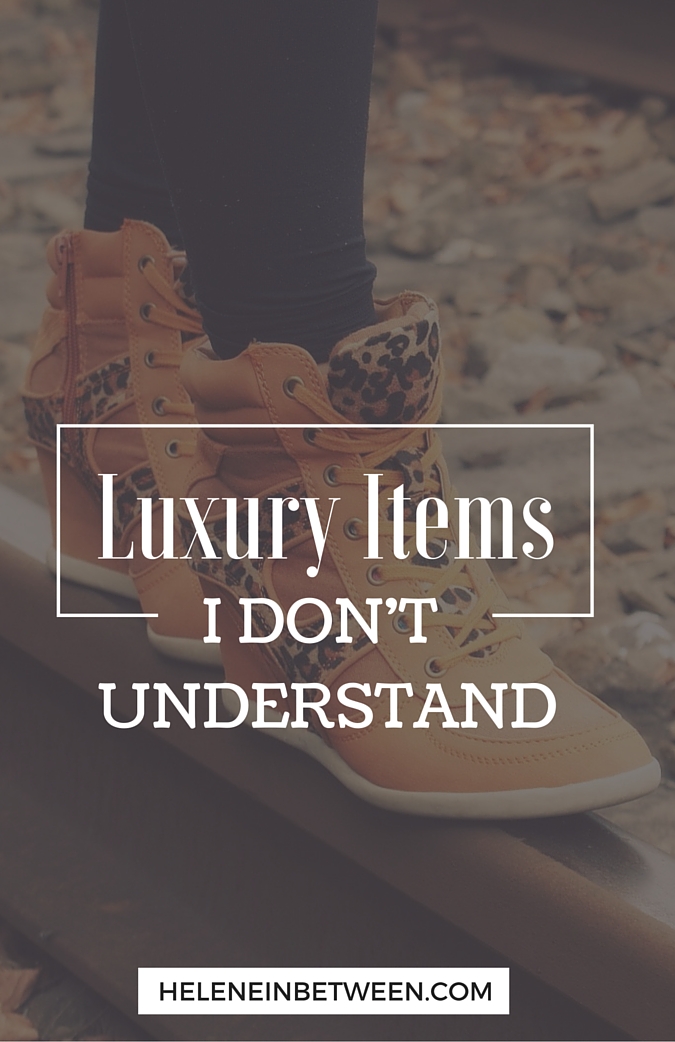 1. Yeti Coolers.
Guess what y'all,  it's a cooler. NO, it won't make the ice melt less fast than other coolers, because a cooler is a cooler is a cooler. But now Yeti is a luxury brand and people wear their stuff and put BUMPER STICKERS on their car about a cooler. You know what's cooler than being cold? Owning a cooler from Walmart that does the same thing at a fraction of the price.

2. Hunter Rain Boots (CC Ugg Boots)
I own a pair of rain boots. They are waterproof. They are pink. They cost me $27 at Marshalls. You want them to say Hunter on 'em? Write it on with a Sharpie.

3. Christian Louboutins
Also in the shoe category. BUT these actually hurt your feet because the heel is an exclamation point trying to tell you that this is a joke of a walking utensil. I might be biased here because I hate heels. But really, you're paying how much because they have a red sole? Again, get a red sharpie if you must.

4. Lotion
A company emailed me the other day and offered to send me a product for free if I posted about them. I checked out the products. They had a $3,000 lotion. It had real gold in it. I emailed them back saying no, I don't think my readers would identify or want to buy a $3,000 lotion (they also had a face mask for $2,500 — a STEAL!). They explained the benefits. Unless it makes my face look like I'm 17 and removes cellulite, I'm out.

5. Bags
I know this might not sit well with my audience, but the sky high price of some designer bags… I don't get it. I have a Fossil bag. I carry it every day. It's leather (I get it, leather is a superior material) but why are some bags $1,000s and mine was under $200?

This post was inspired by the fact that I just learned there is a tax on tampons by the British government, claiming them to be “luxury” items. Isn't the world fun?