Uncategorized
Since today is Ash Wednesday AND the Pope just announced his resignation (which hasn't happened in nearly 600 years mind you) I thought I would talk about something a little bit different today: Religion.

If you haven't heard the Pope resigned, citing for health reasons and his age (he's 85). 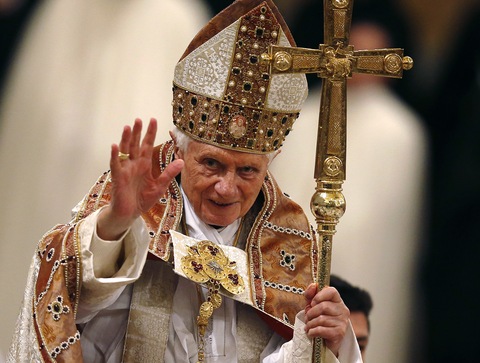 This blog doesn't really talk much about religion. That's honestly because I am not a very religious person.
You see, I am Catholic and so is my husband.
We both grew up Catholic.
Went to Catholic grade and high schools.

But being Catholic means a lot of things.

And that can go a lot of ways.
My mother in law is the super Catholic type, never misses Church, sings in the choir the whole nine.
Then we have my family that doesn't go every Sunday and is more “spiritual.”
Michael and I are not practicing Catholics.
Sure we are participating in Lent. I am giving up sweets this year. I obviously like to celebrate Fat Tuesday (translation= Mardi Gras). 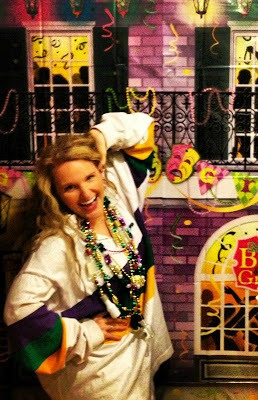 I even brought a king cake to work yesterday.
But I didn't get any ashes marked on my forehead today for Ash Wednesday. And I won't be attending Mass on Sunday either.

We are Holiday Catholics.
Or C&E Catholics.
We go to mass at Christmas, Easter (and I like to throw weddings in there too.)
Some people (i.e. my mother in law) think we are going to hell since we don't go to church.
Other people probably don't think we're “really” Catholic.
So yes, I probably am doing it wrong.
I would call myself a “spiritual” person. But not religious.
Maybe one day I will get more into the church but for now I am fine with being a Holiday Catholic.
But who's to judge?
I really don't care what religion you are. Or maybe you don't have a religion at all.
As long as you are a good person.
Isn't that what matters anyway?