Is It Okay to Lose Followers?

Uncategorized
Like the old saying goes: you win some, you lose some. I am the type of person that gets stressed about losing followers. Or at least, I used to be much more than I am now. I have apps for seeing who unfollows or unsubscribes. I used to look at these apps incessantly and try to pinpoint what I was doing that made them want to go away.


The I realized I might need to chill a little bit. 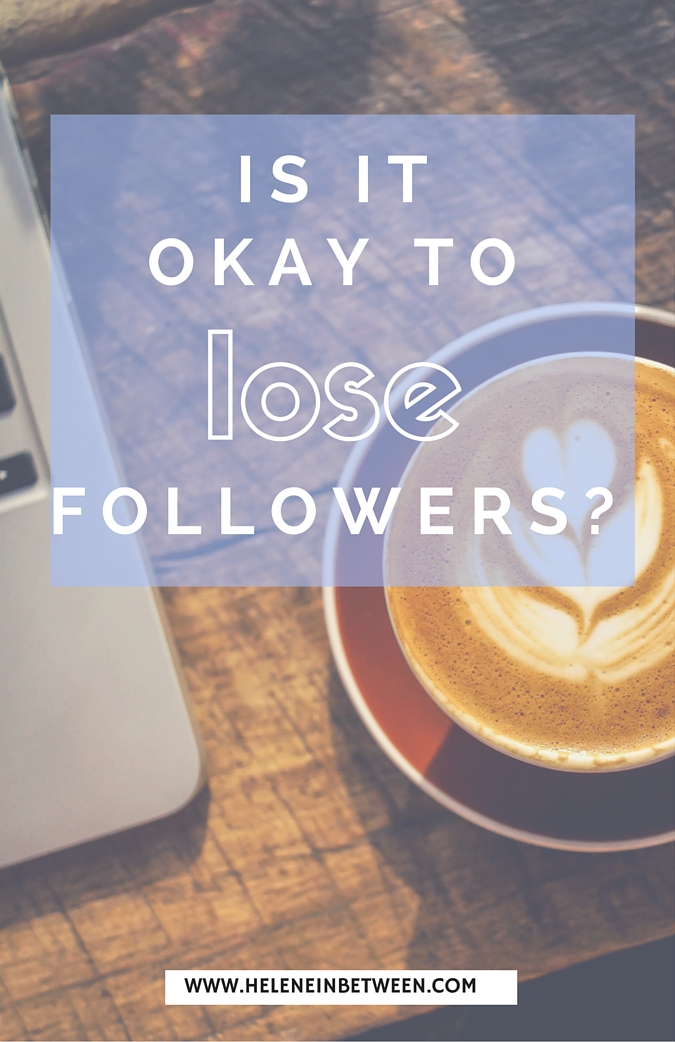 First, I unfollow people sometimes. Gasp! It's true, and I think to some extent, we all do. We follow someone or something for one reason or another, we get bored, we move on. It's nothing personal. (Unless, sometimes, it is.) But take, for example, Justin Bieber. You can laugh (or cry) but I used to follow him. I found his life weird and interesting, but then I just moved on.  Nothing personal, J Biebs.

Numbers are important when you blog. It's a fact, and it helps your overall credibility, not to mention your asking price for a sponsored post, landing deals, or just improving your ranking. So it might feel like a shock when you lose followers, but in reality it's totally okay to lose followers. Just not all of them.


I differ a bit in what the norm might say about losing followers. If you do notice a dip, take a look at why. Did you post something offensive or gross? No, you don't always need to cater to the wants and needs of your audience, but it's nice to know the “why” behind someone unfollows.

If you lose followers it doesn't mean your content is bad or you've angered them. Maybe they're moving on. Maybe they aren't interested in your subject matter. Whatever the reason, don't take it to heart. They might not like what you say. They might disagree with your point of view, and that's okay.

The fact is, having a lot of followers is great, but having a smaller more engaged audience is more important than a huge audience that doesn't care. In my Instagram For Success course, we talk about gaining followers and likes but it's more than that. It's about harnessing the power of the social media tool to create an audience that cares.

Take a look at your current followers. These are the people that are engaging, commenting, reading retweeting and supporting you- this is the group we should be focusing on. Sometimes I get wrapped up in the numbers of who unfollowed me, when in actuality I should focus on this awesome group of people who do follow me. Putting that into perspective made a whole lotta sense.

But, if you're gaining and losing (or just, straight up losing) take a look at why that might be. Are you posting drastically different content from what people might come to expect from you? That's fine but it might contribute to the reason. And I like having a reason.

So now, I'm going to stop stressing about the unfollows and work on focusing on giving exceptional content to those that do. Who's with me?!

P.S. For those that do follow me, here's a free e-course: Build a Successful Blog. Cuz I love ya. How to Become an Influencer: Grow Your Following & Make Money!