10 Things That Happen Every November

I cannot even believe it's November. First, I'm in a little bit of denial because November for me is a little crazy. I leave for Dallas to go to my 10 year high school reunion on Thursday. I might be having a free webinar coming up with someone really really cool (get the inside scoop by signing up for my newsletter here.) And I leave for Asia on the 19th and don't come back until the first week of December. Oh and I'm going to attempt to write a book.

Since it's November and I have my “vanilla snowflake” candle burning, let's get into the 10 things that happen every November. 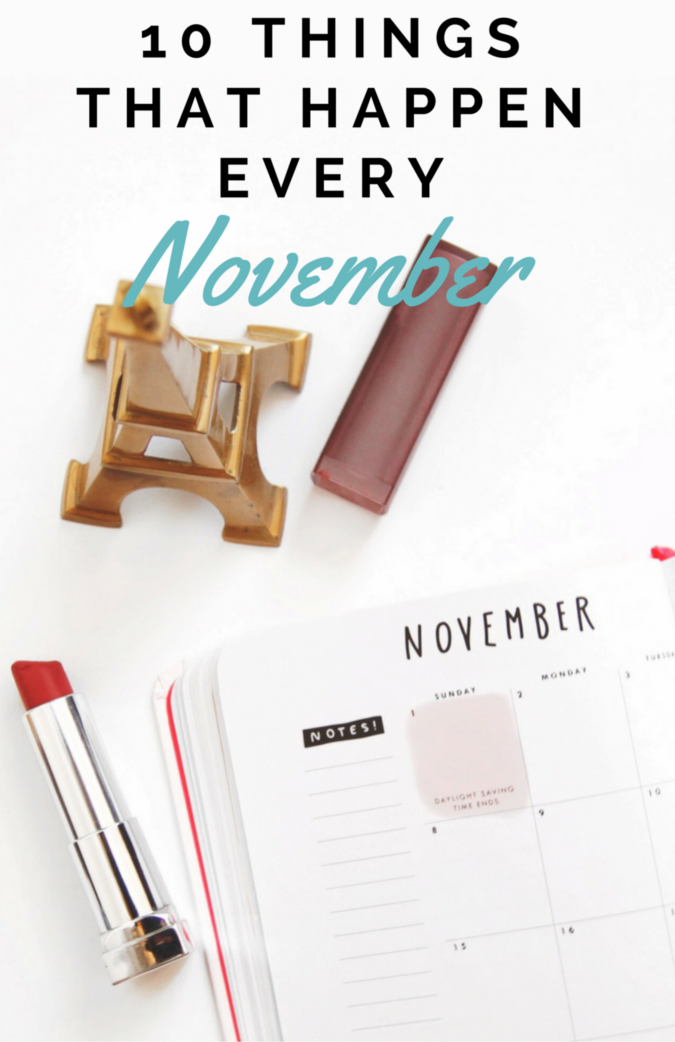 1. I make meals in the crockpot at least 3 times a week. Currently on the menu? This creamy crockpot potato soup recipe.

3. I put away my Halloween costume because I think I'll wear it again. I'll never  wear it again. Although this year's was mainly just makeup. But I'll hang onto those antlers as if I could wear them in the future. It will get dusty along with Dorothy, Miley Cyrus (party in the USA version), the racoon, the baseball uniform, and all the rest. 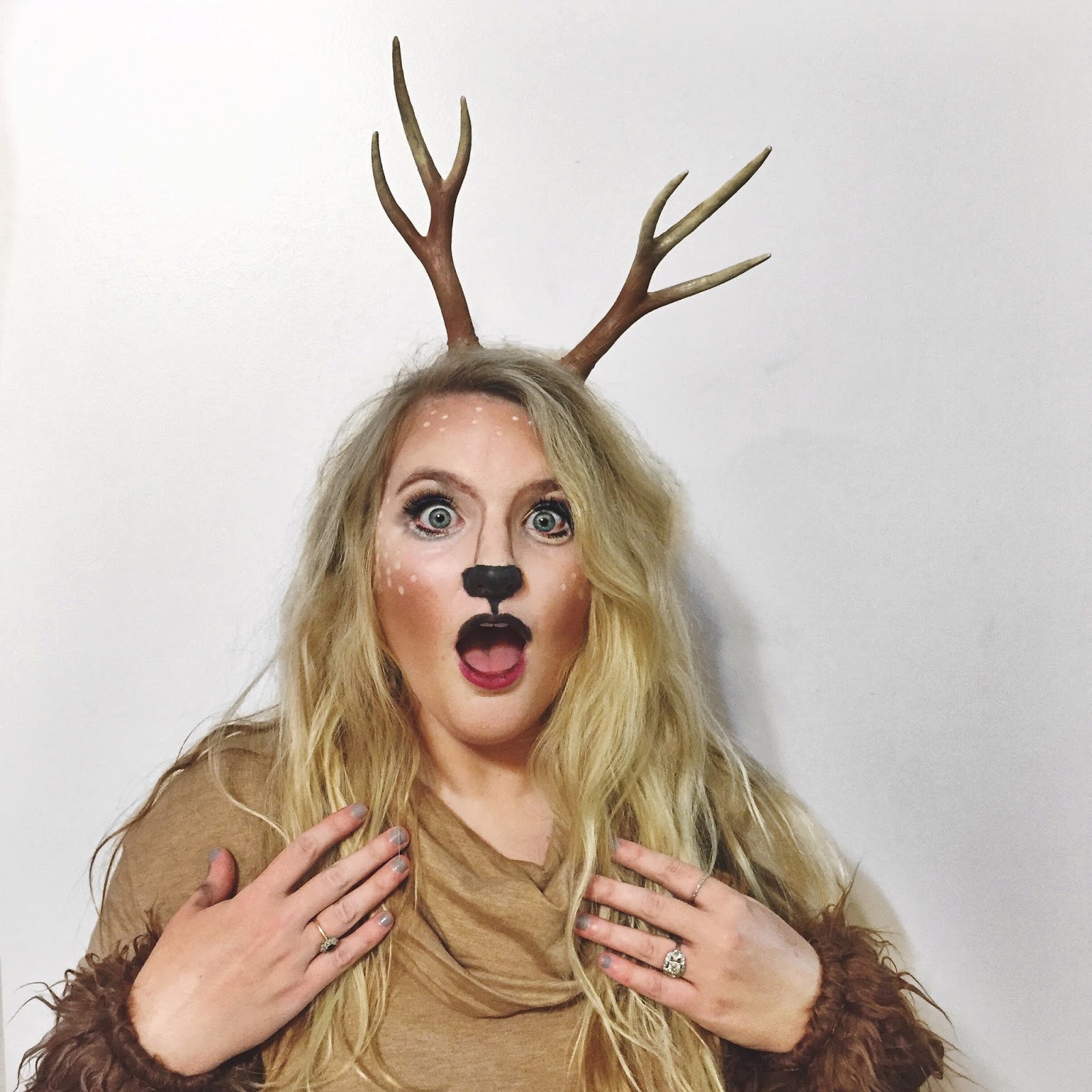 4. Halloween candy will be part of my daily life for at least another month.

5. I'll have an internal debate in my head whether or not to play Christmas music. I really try to wait until after Thanksgiving but it's so hard. I need N'Sync telling me that they'll be under my tree.

6. I'll keep pumpkins out and around my house until they get moldy. I'm gross. 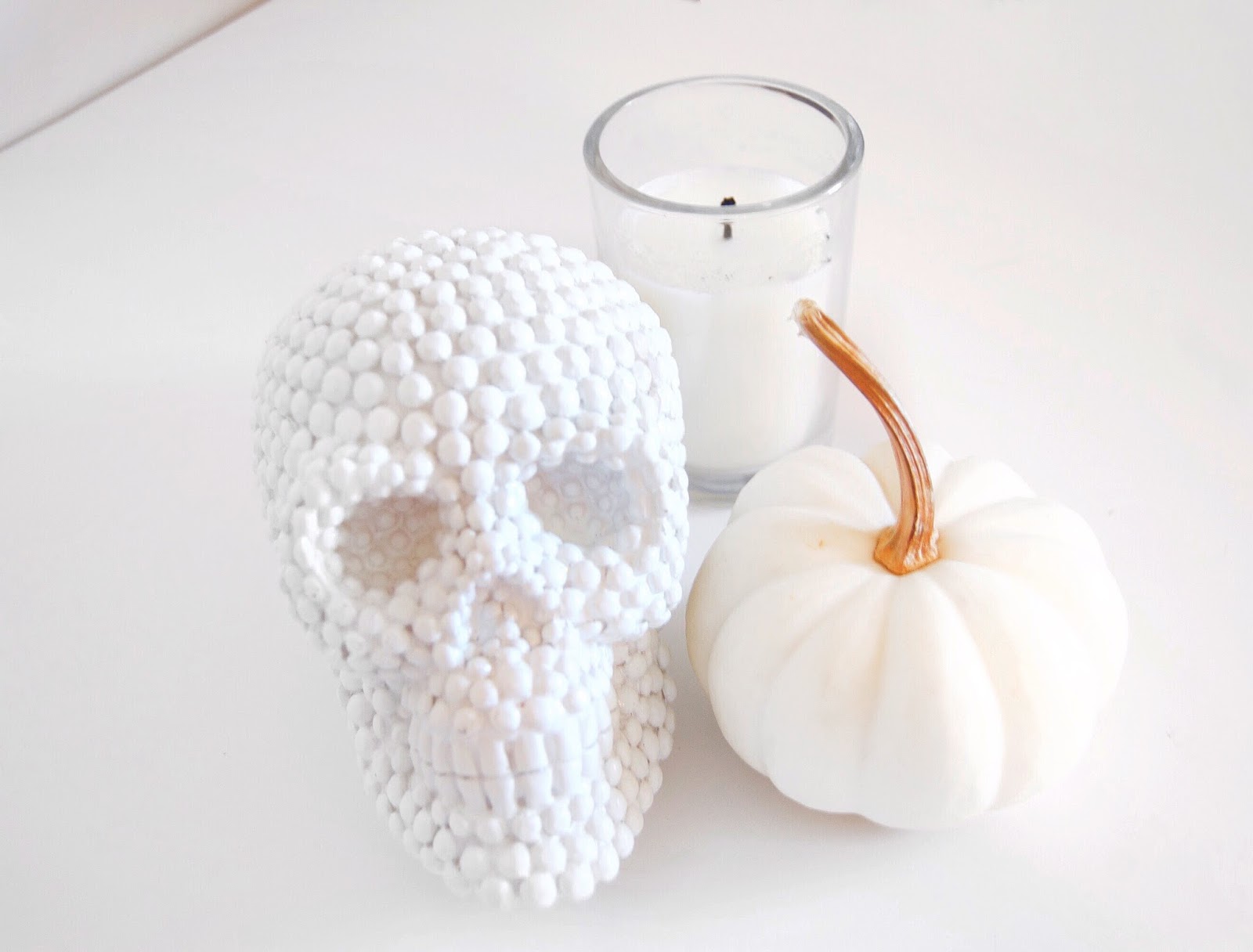 7. I'll be my basic self and the Starbucks red cups will make me extremely happy.

8. Michael will have a fire every night that's possible (or cold enough) and we'll suddenly wind up with s'mores supplies.

What do you do every November?

And now, for a fun get-to-know-you with Rachel from Small Town & City Lights. Rachel is an all around awesome chick. She loves traveling, dogs, Harry Potter, and Lionel Richie. Go figure! Check out more of what Rachel has to say!
​​ 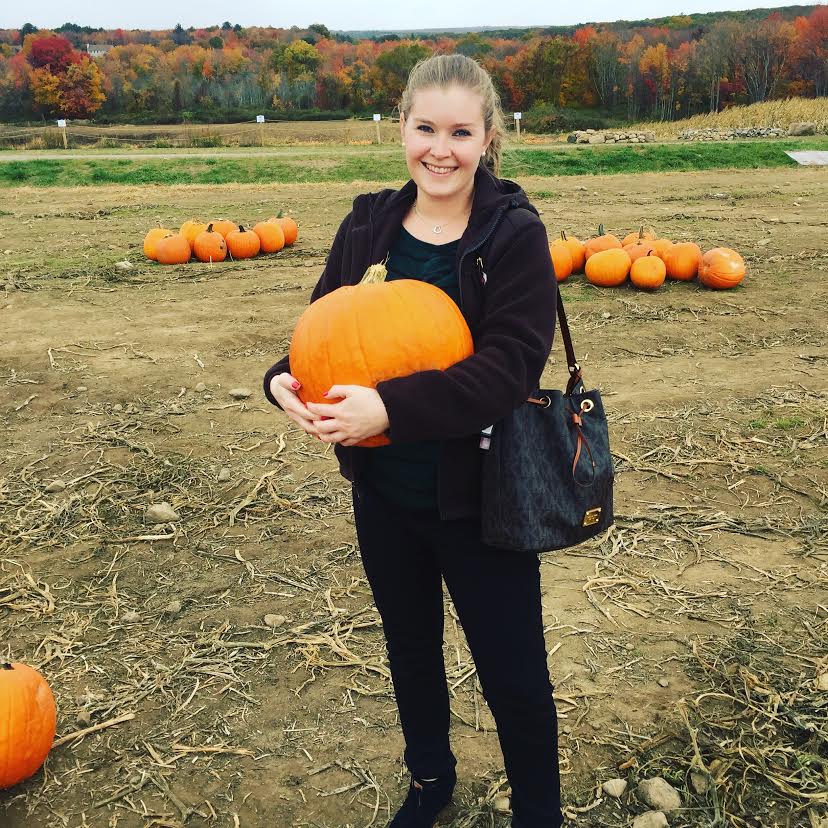 When did you know you wanted to start blogging?

After I graduated from college I found myself with quite a bit of downtime in between applying for jobs/interviewing. I've always loved writing and really enjoyed reading other sites, so I thought I'd create my own site and give it a shot.

What's one of your favorite posts you've written?

One of my favorite posts is 7 Reasons to Adopt a Shelter Dog. I adopted my pup, Sheba, from a shelter and am a huge supporter of others adopting shelter dogs ever since!

Have you always wanted to travel?

Always! But I've found that since I graduated college, I have the urge to travel even more. I'm in the process of planning my “big” trip of the year now, a 10-day European adventure in December! The countdown is on, I can't wait!

You can only watch one TV show, which do you choose?

If we're talking about shows still on TV now, I'd go with The Walking Dead. Of all time, I'd probably have to stick with Friends. It's really the greatest show ever!

Tell us about your cute dog!

I post about my furchild quite a bit. I unexpectedly ended up adopting her about three and a half years ago and it was the best decision I've ever made! She always does a “happy dance” when I walk in the door (whether it's been a few minutes or a few hours) – she's the sweetest!

That's a tough one! I really love my oldies music (70s and 80s), so probably a song from either of the decades. Last time I did karaoke, it was “I Heard It Through the Grapevine” and it was so much fun!