Well, What the Hell… 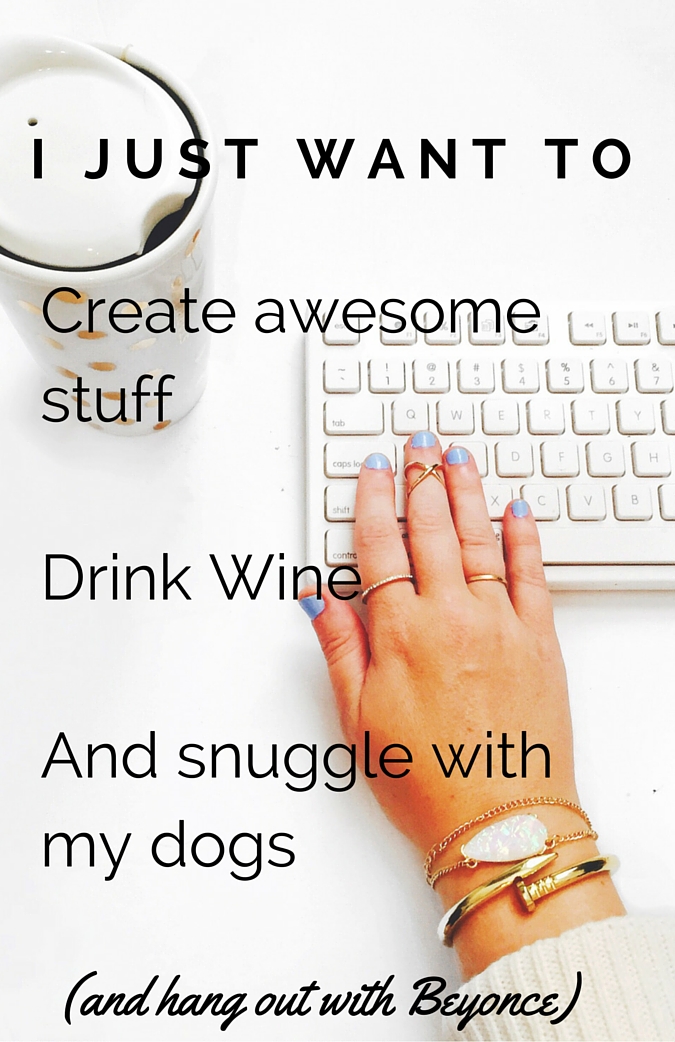 Sometimes in life you just have to throw in the towel (or the keyboard) and just do weird things. Last night I was working on a blog post and drinking wine. I really didn't think I had that much. But I decided it was a good idea to create a new video series (we'll see if this ever happens again) called Real Reviews.

My idea was that I'd drink a glass of wine and then be honest about something. Give you a REAL review. At first, I created the above graphic. Then I realized that didn't review anything. Keep calm and carry on, though. I decided I would review something. Whether tangible or not, and give you a real review, since you can't lie when drinking. Or something. In my wine induced state, this sounded brilliant.


I had no idea what in the hell I'd review. I actually looked in the kitchen cabinets. I thought about Bath and Body Works candles but what was I going to say- smells good? No. My journalistic integrity told me that wouldn't be wise.

So I thought, well, it's Halloween, let's review the top Halloween costumes of 2015. So now, I present to you, the first ever Real Review:

This has been real y'all.
I'll be instagramming (@heleneinbetween) and snapchatting my weekend (@helenesula)