Last night, on my flight home to Dallas, a miracle happened. Despite being in boarding group B number 48 (Southwest Airlines does open seating), I scored the very first aisle seat, meaning I would have the great advantage of extra legroom and be the first to get off the plane. (Nothing is more frustrating to me than having to wait to de-board a crowded plane.) It was just sitting there, waiting for me. I asked the 14-year-old boy with his headphones on if said seat was taken. He replied, “No,” never looking up from his iPhone. 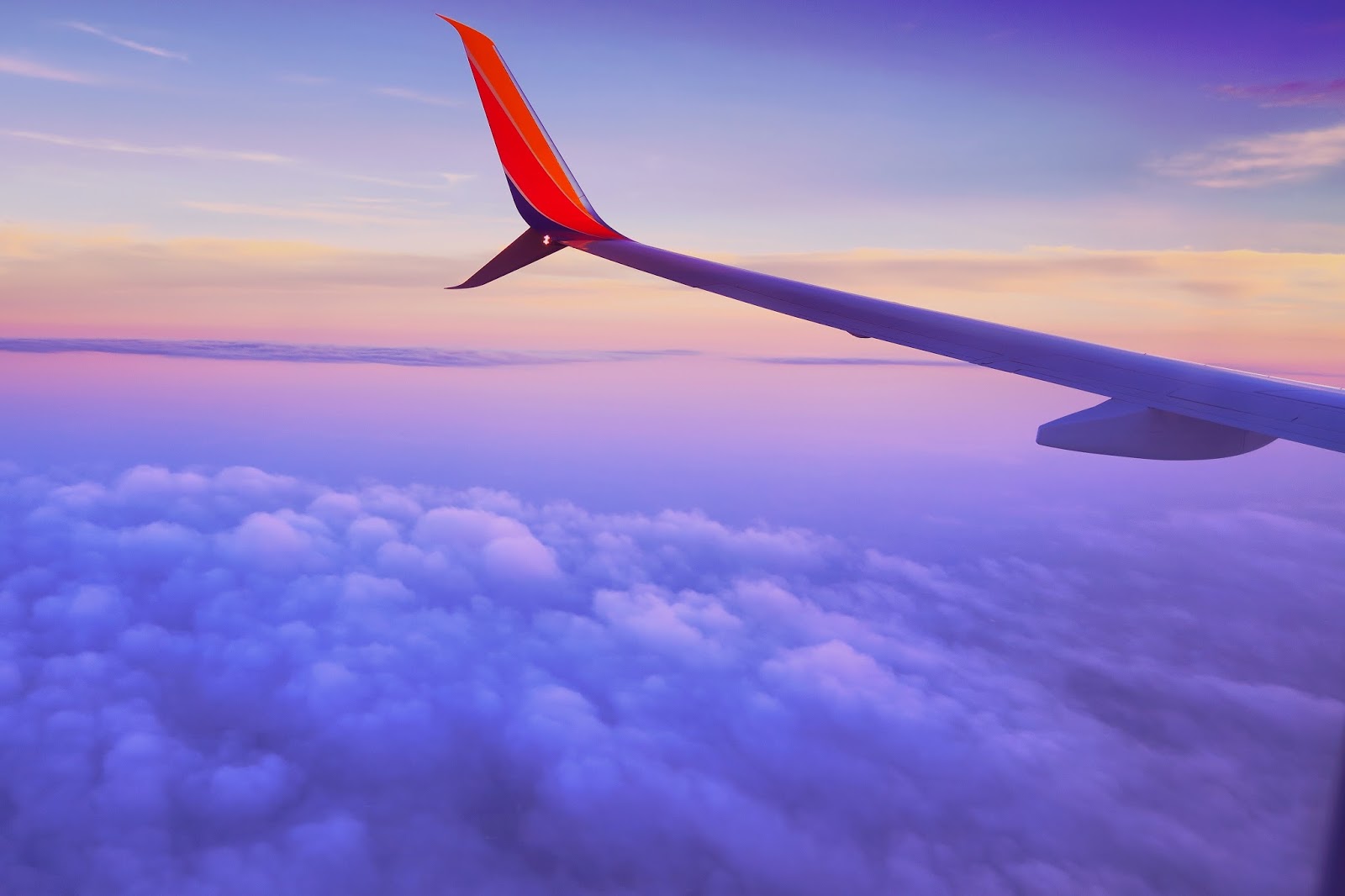 Problem was,  I'd have to put my carry-on bag several rows back since all the overhead space was taken up front. So I walked back, accidentally hit the flight attendant with my belongings, hoisted up my duffel, and waited for an opening to get back to my seat. Of course, people kept filing in as I stood crouching over an older gentlemen who was clearly less than thrilled that I was cramping the already cramp space.

Finally, I saw an opening and took my seat with my purse and hat in my lap and my laptop under my feet.

“Ma'am,” the flight attendant said, already perturbed with me, “You can't put anything under your feet it has to go overhead since you're in the front row.”

“Oh, okay sorry.” I handed him my laptop. Finding no room, he had to put the bag way, way back. I was already getting nervous. How would I get my stuff back? When the plane landed would I make everyone get out of my way so I could still be the first off?

Also, I realized I had made a critical error: I left my headphones in the laptop bag that was now stowed overhead rows and rows behind me. (Listening to music on my phone is an essential flight pass-time for me.) The seat-belt sign illuminated and I was stuck in my seat, unable to retrieve my headphones.

The flight left promptly at 8:50 p.m. and the flight attendants turned off the lights almost immediately. It was dark. Really dark. I decided to close my eyes before getting down to my goal: writing. Plus, I get motion sickness and needed to get rid of it. I had my eyes closed for maybe five minutes when I heard a noise to my left. The 14-year-old boy was not flying solo. Next to him was, I'm assuming, his girlfriend. They were approaching third base at 40,000 feet.

I wish I was making this up.

My eyes shot open and I sat there trying to figure out just what to do. Was this legal? Don't they know we're on a plane? Go to the bathroom!

I cleared my throat, hoping this nubile pervert would remove his hand from his girlfriend's crotch. But he seemed unfazed by my gesture. I didn't know what to do. I just couldn't handle it. Without thinking I reached above my head and turned on the light. “So y'all from Dallas?” I interrupted with a perky Texas twang.

They glared at me, straightened up, and said, “No, we're from France.”
Ahhhh, now it all made sense.

As soon as the seat belt sign blinked off I stumbled back to retrieve my headphones. But I couldn't find my laptop bag. Please note: I was the only person standing and probably the only person talking. I had to use my iPhone light to search through the compartments in the dark plane, clearly causing a scene.

I asked the flight attendant where he put my laptop. He didn't remember, so we searched the plane. I knew I was disrupting my fellow passengers, who were already annoyed with me, so I figured I'd just go for it.

We found it and in the process I discovered a space for my bag and laptop closer to me. This would put my plan for a quick exit back on track. Perfect. But as soon as I tried to heave my bag into the overhead compartment, it fell on my face. The flight attendant rushed over to help.  I apologized profusely, assuring him that I'm not normally this needy. Or obnoxious.

Anyone who flies frequently remembers the occasional obnoxious person who disrupts the flight. Last night, it was me. But if I learned anything, it's this: there are some definite drawbacks to the front row of the plane.