I've spent roughly 10 hours on a plane. From Dallas to New York to Germany and finally our destination in Athens. You know what's awesome? I get motion sickness really easily. To the point where I can't read a lick on a plane. Not even the Sky Mall magazine. Woe is me. But that doesn't stop me from listening to books on tape (currently listening to This is Where I Leave You based on Jen‘s recommendation.) Or maybe watching the in-flight movie. Or, most likely, bothering Michael and asking him a million questions while he tries to do research for our trip. 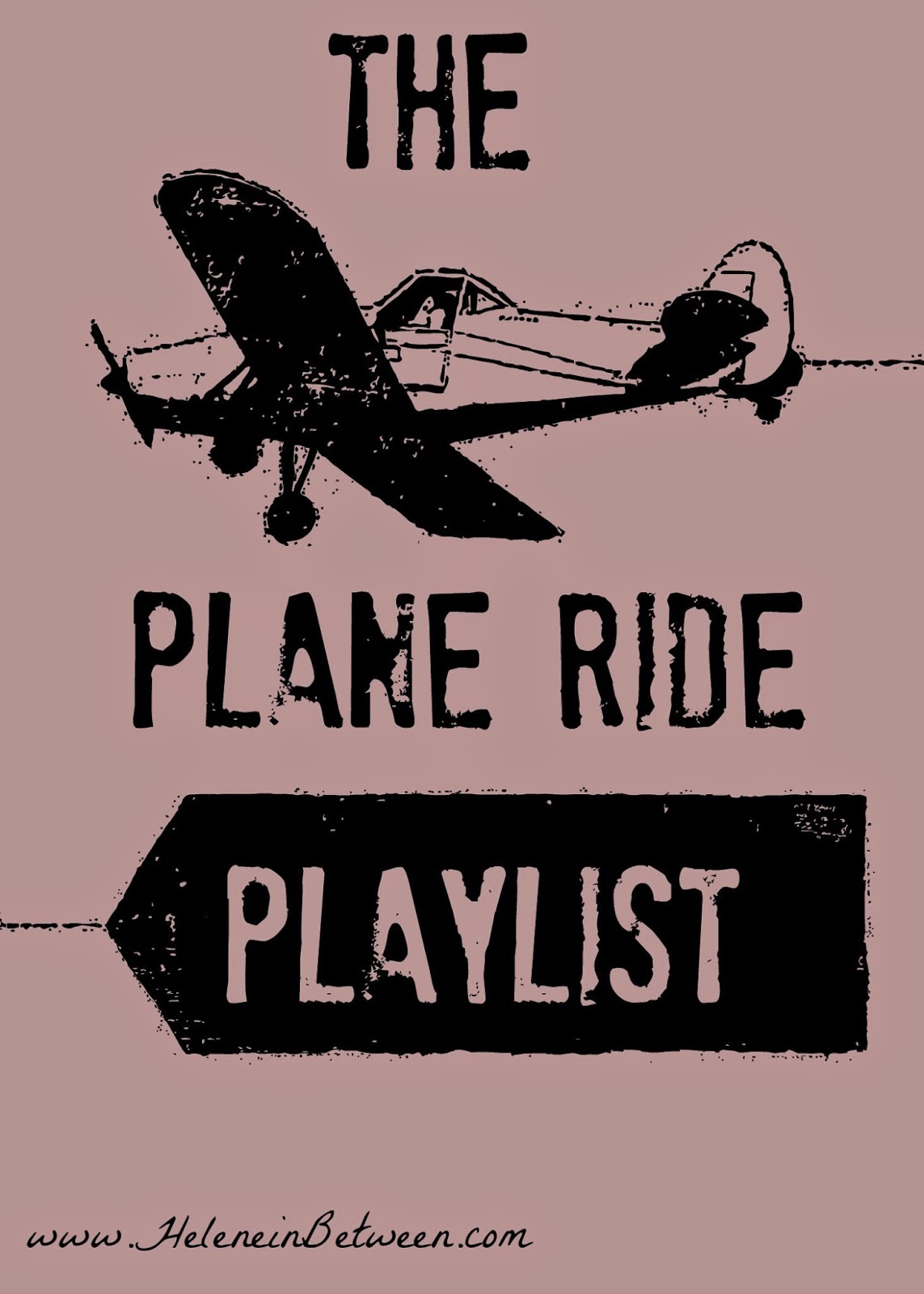 One thing I will be doing is listening to some music. So I thought I'd share with you my plane ride playlist. It's a lot of tunes so I've just highlighted some current faves:

How can we not have a plane playlist without a little turbulence? Maybe this makes me odd since most peopel might need to grab those tiny white bags and start breathing in and out of them before thinking about it. But it's too perfect not to put on here. Plus, it's a fun song with a great beat.

This song has been my favorite song since Avicii's album “True” came out. This song makes me happy and makes me want to tear up. In fact, I might be right now as a I listen to it. Just. So. Good.

John Mayer is always excellent for trips. His music just seems to move with the music. I picture myself looking out the tiny double pained plane window longingly as I peer through the clouds.

This whole song is basically yelling “We Dem Boyz, We Making Noise, Holla, Holla” and then repeat. But I like it and I want to say that I'm part of this all boy crew.

5. Myon + Shane54 and Late Night Alumni “Under Your Cloud”

Not only will I be in the clouds, but this song is as light and airy as if you were really floating. Pretty lyrics that you can lose yourself in.

Someone tweeted me this song (is there a way to search your own tweets?) and I've been loving it ever since! It's just a great summer jam, one you can linger on and keep in your playlist rotation.

You know that song about “College” from a few years back by ASher Roth? Well this kid reminds me of him in the best possible way. He has talent, he's clever and I think he's got something different about him. This song is freaking delicious and you'll get addicted to it easily.

Who doesn't like getting turnt? Riddle me that. Answer: No one. Everyone loves some turnt. And who doesn't love this goody from Ciara.

Everyone is freaking out over Disclosure's Latch (well that was on my playlist months ago, well actually a full year ago… just saying) but White Noise is the real gem. In fact, just download the entire Disclosure album, “Settle”. You can thank me later.

This song is awesome and infectious, but this video is just plain cool. I want to be in it.
And that's it for this weekend's playlist! What do you like to listen to on a plane?

All new songs are added to the bottom of my weekend playlist- scroll down for the new additions!