The Best View in Dallas

travel
Dallasites love their city. They love their sports teams, their myriad
of restaurants and bars, their culture, and their heritage. For the
first time ever, I went to the top of Reunion Tower for their GeO-Deck tour. It's a view like no other of Dallas. To say it was breathtaking is an understatement.As a child, I went to Reunion Tower and sipped Shirley Temple's with my Dad. I put Reunion Tower on my “Dallas Bucket List” and on my “Helene's Best of Dallas” but in truth I had not been in the tower in a long time. 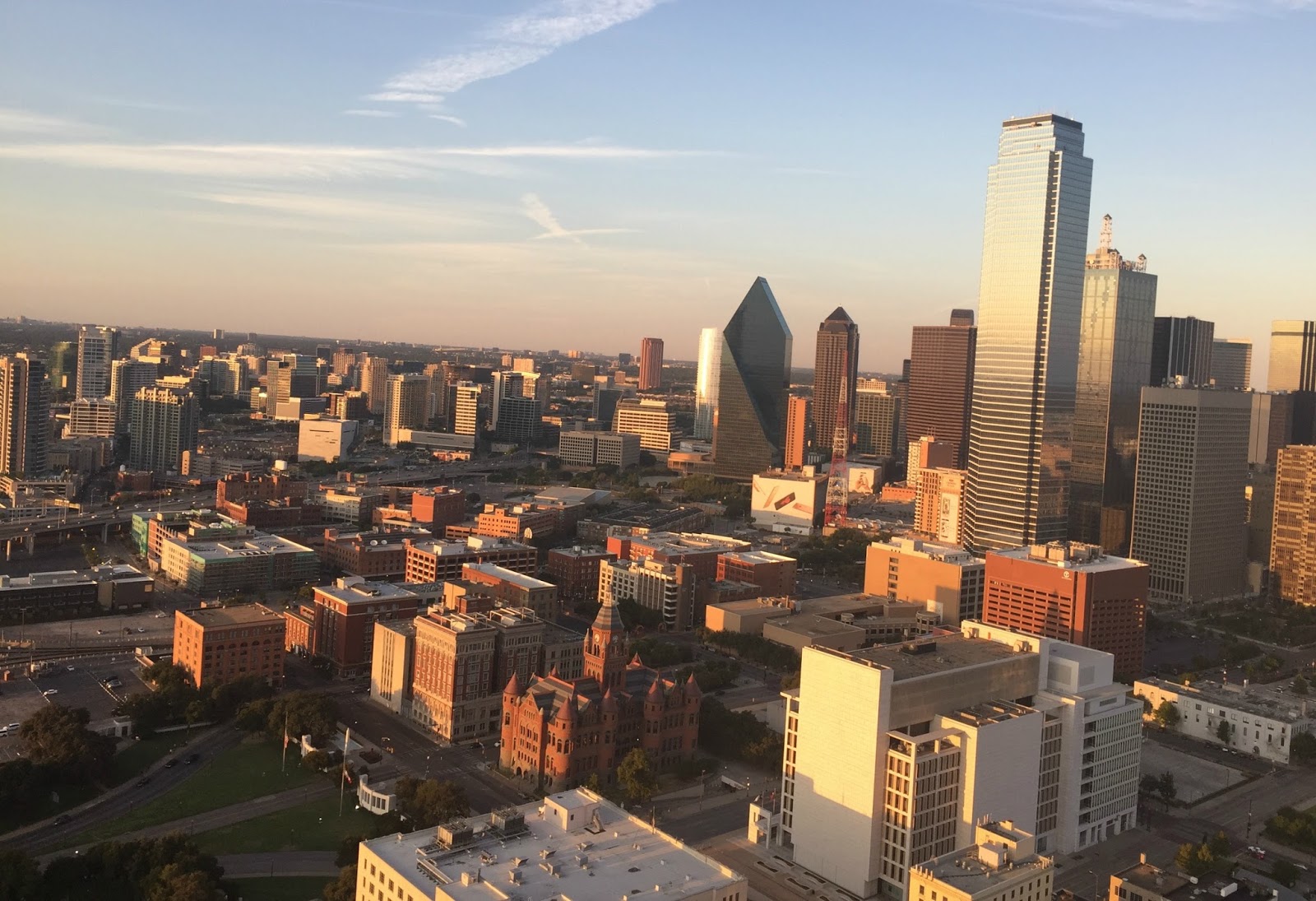 Panning the downtown Dallas skyline from the GeO-Deck atop the Reunion Tower “ball” this weekend, felt like being in the opening scene from “Dallas.” I even got a 360-degree tour with Burk Murchison, the great grandson of Clint Murchison, one of the most famous Texas oilmen in history. Can’t get more Dallas than that. When my French ancestry somehow came up, he noted that the tower was named Reunion because owner Ray Hunt (son of famed oilman H.L. Hunt) wanted to pay homage to French settlers who came here to create a utopian community near the fork of the Trinity River in the 1850s. They called it La Réunion. The $16 tour is full of interesting facts I never knew despite being born and raised here. That makes it a must for locals and tourists alike. Go at sunset, when the colors reflecting off the blue-glass skyscrapers make for unique photo ops. 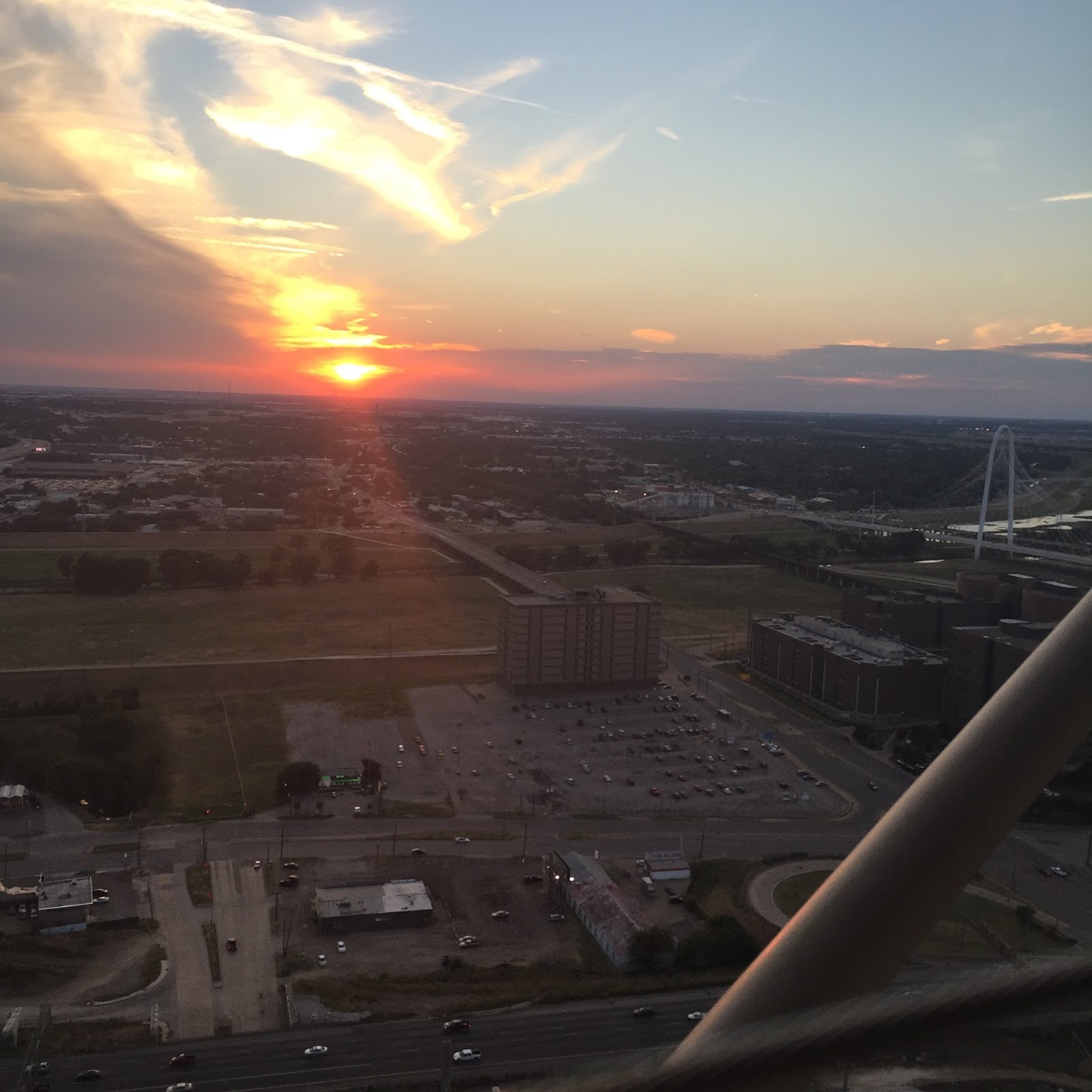 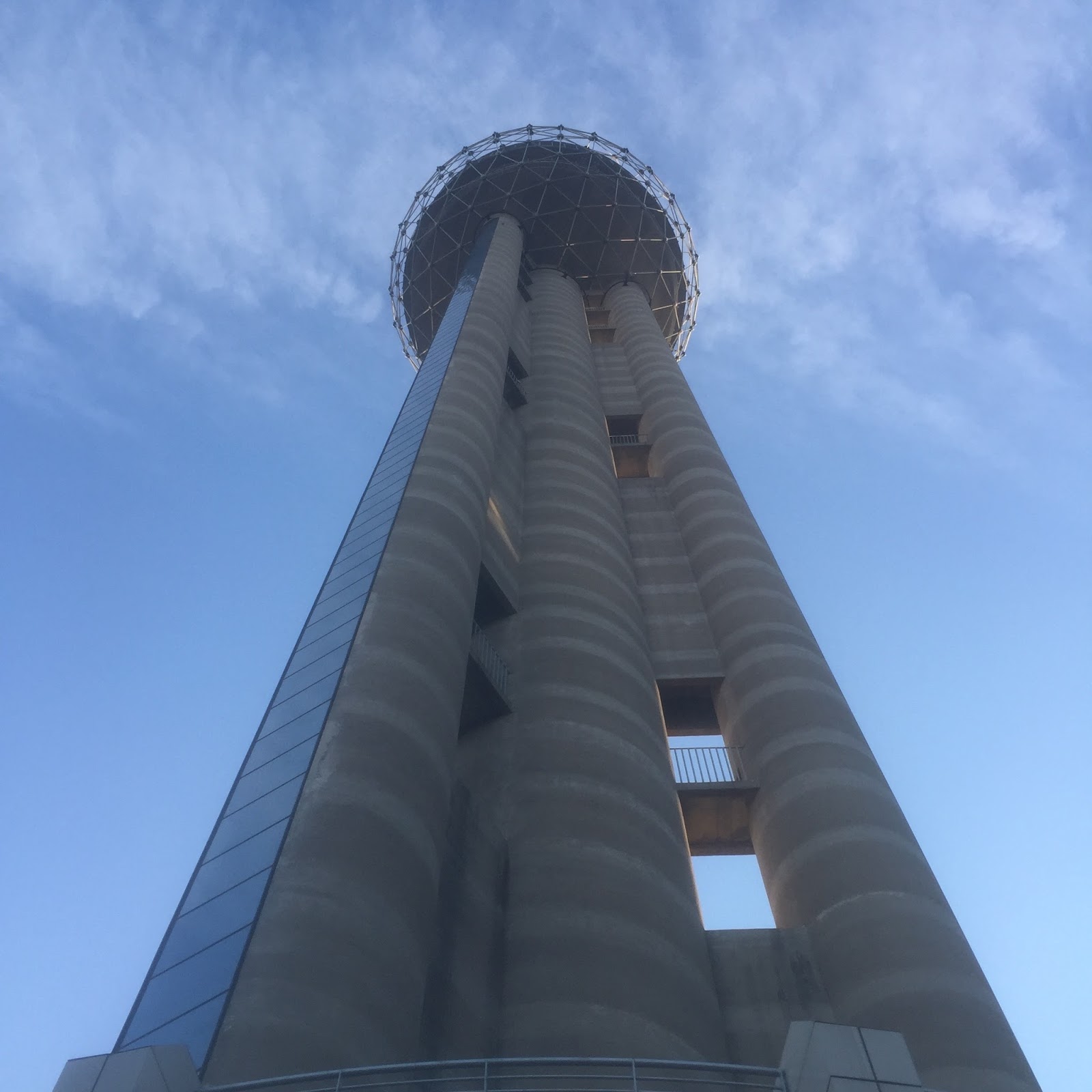 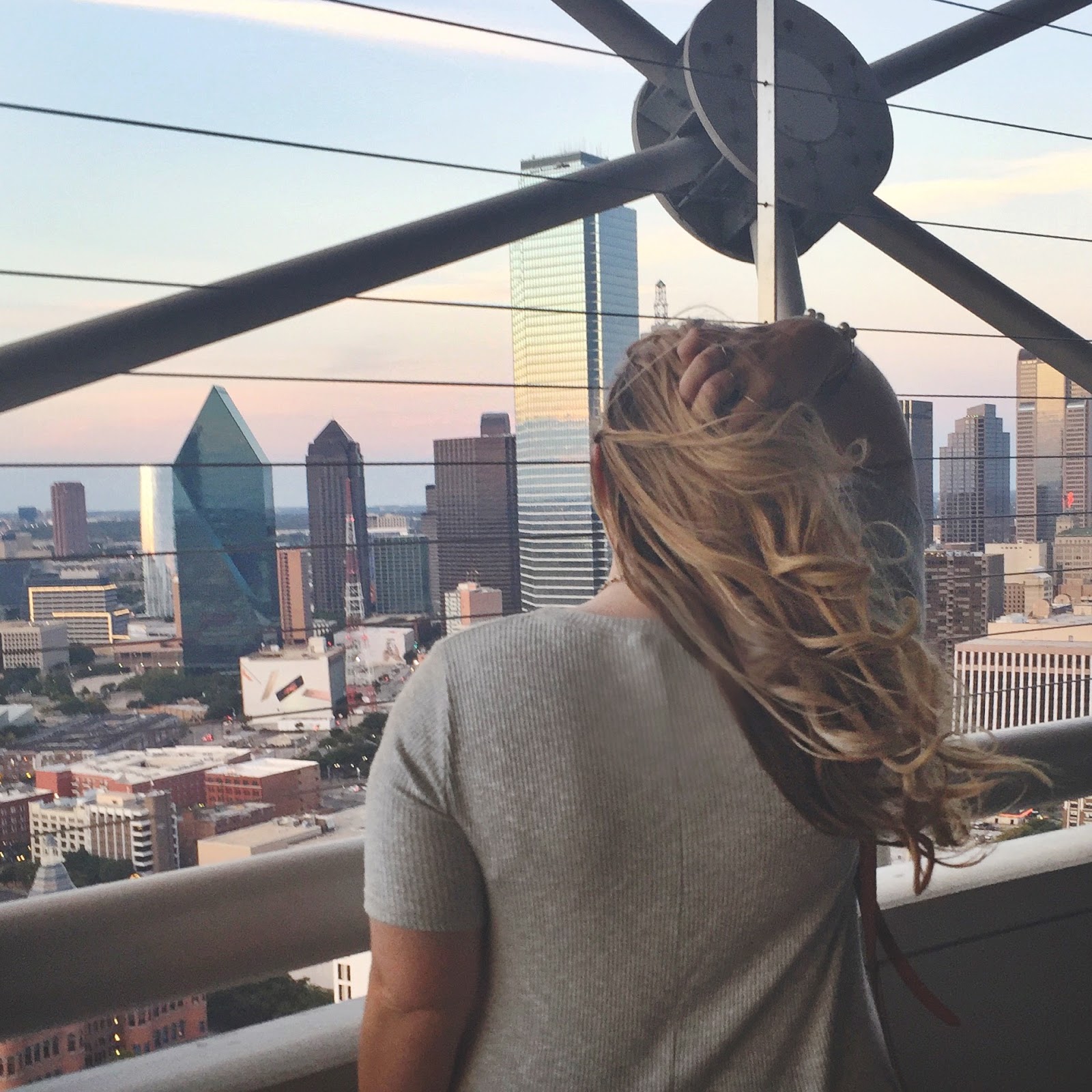 It’s also the perfect time for cocktails in celebrity chef Wolfgang Puck’s ultra contemporary Five Sixty restaurant and bar (named for height of the 560-foot tower). Sitting in the restaurant feels like floating in a glass bubble revolving over the city. Its floor-to-ceiling windows offer a birds-eye view of the landmark red neon Pegasus flying above the central business district, and the Texas Star Ferris Wheel at the State Fair off to the east, and a glimpse of the Fort Worth skyline 32 miles west.

The sleek Zen ambiance inside the circular Five Sixty features glass partitions and tables angled so no matter where you sit, you have an unobstructed view of the skyline. I watched the sun go down behind the Trinity through a glass of Lucien Albrecht Brut Rosé. It was paired with Tuna Tartare in a tiny sesame miso waffle cone — among Puck’s signature appetizers. I watched the downtown lights blink on over a glass of Kamoizumi “Summer Snow” sake paired with a sampling of bite-size pork dumplings, sauteed sea scallops, and lobster and shrimp rolls, wrapped in crispy paper-thin bundles tied with a sprig of seaweed. While looking over the extensive Asian fusian menu, I noticed the night sky frame the green neon outline of the tall Bank of America building.

I tried the Redfish and my dinner partner (my mom) Nina Flournoy, chose the Cantonese-style duck. How could she pass it up after our extremely engaging waiter, Matthew, detailed the ancestry of the ducks and the painstaking steps in preparing the dish. And it was perfect, albeit a bit fatty and rich. Her meal was served with a Texas Pedernales Tempranillo red wine, while Matthew, who doubled as a budding sommelier, suggested Red Mare Chardonnay to accompany my fish. He nailed it. 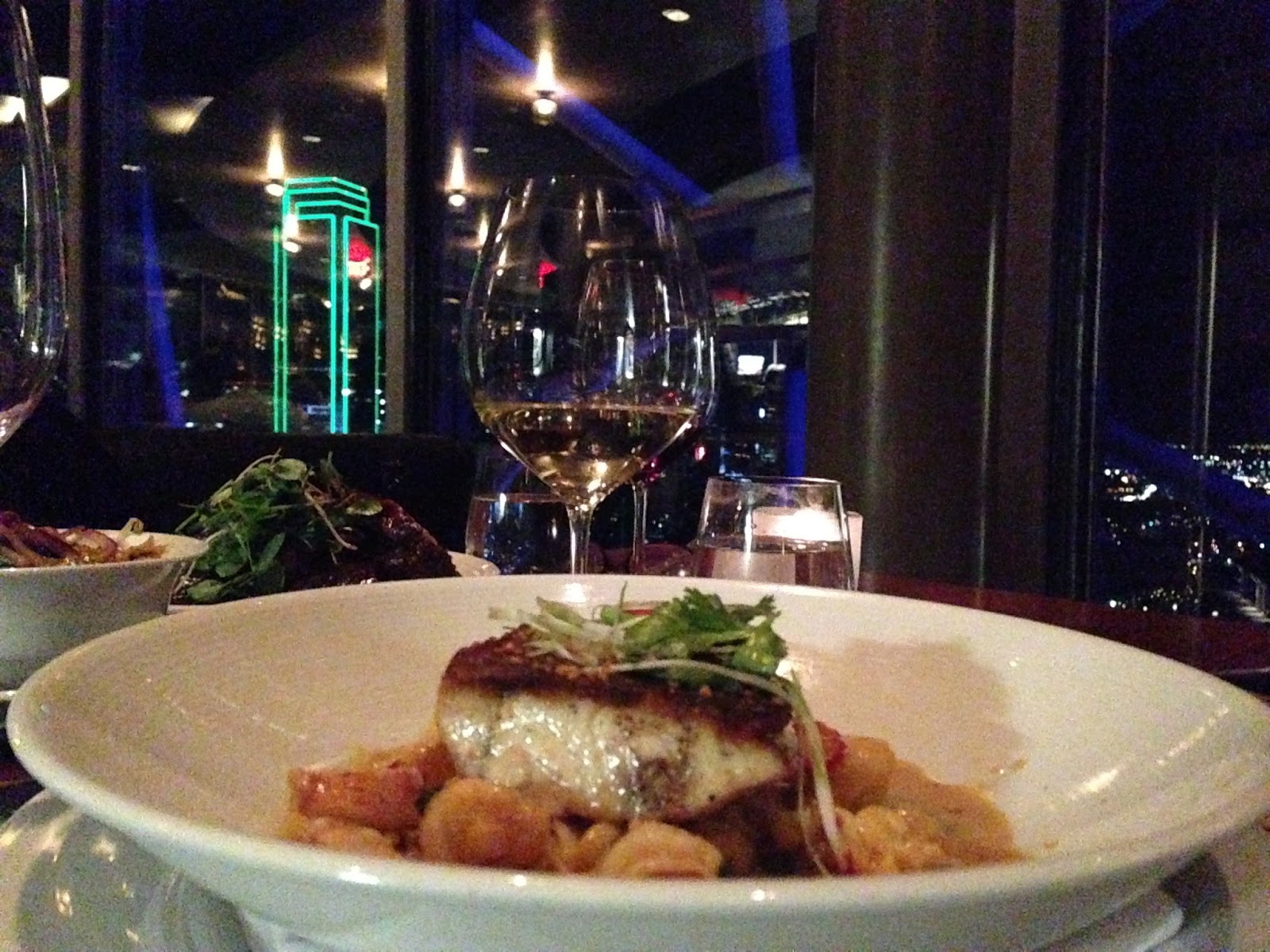 Dessert, more western than Asian, was an unexpected highlight of the evening. Our waiter brought a bittersweet chocolate soufflé, which she split open with a spoon, then poured thick dark chocolate sauce into the steaming center, topped it with a scoop of gianduaja gelato and whipped cream, and drizzled additional chocolate over that. Wait, what? Yes, please.

Next we tried the baked Alaska. I could not contain my enthusiasm. This dome of white chocolate, buttermilk cake, encasing a mound of ginger ice cream, covered in toasted meringue goes on my list of the best desserts of all time. Ever. We chased it with a walnut Nocello Toscana liqueur, served with a hand-chiseled rock of ice. Clearly, I was engulfed in the food… 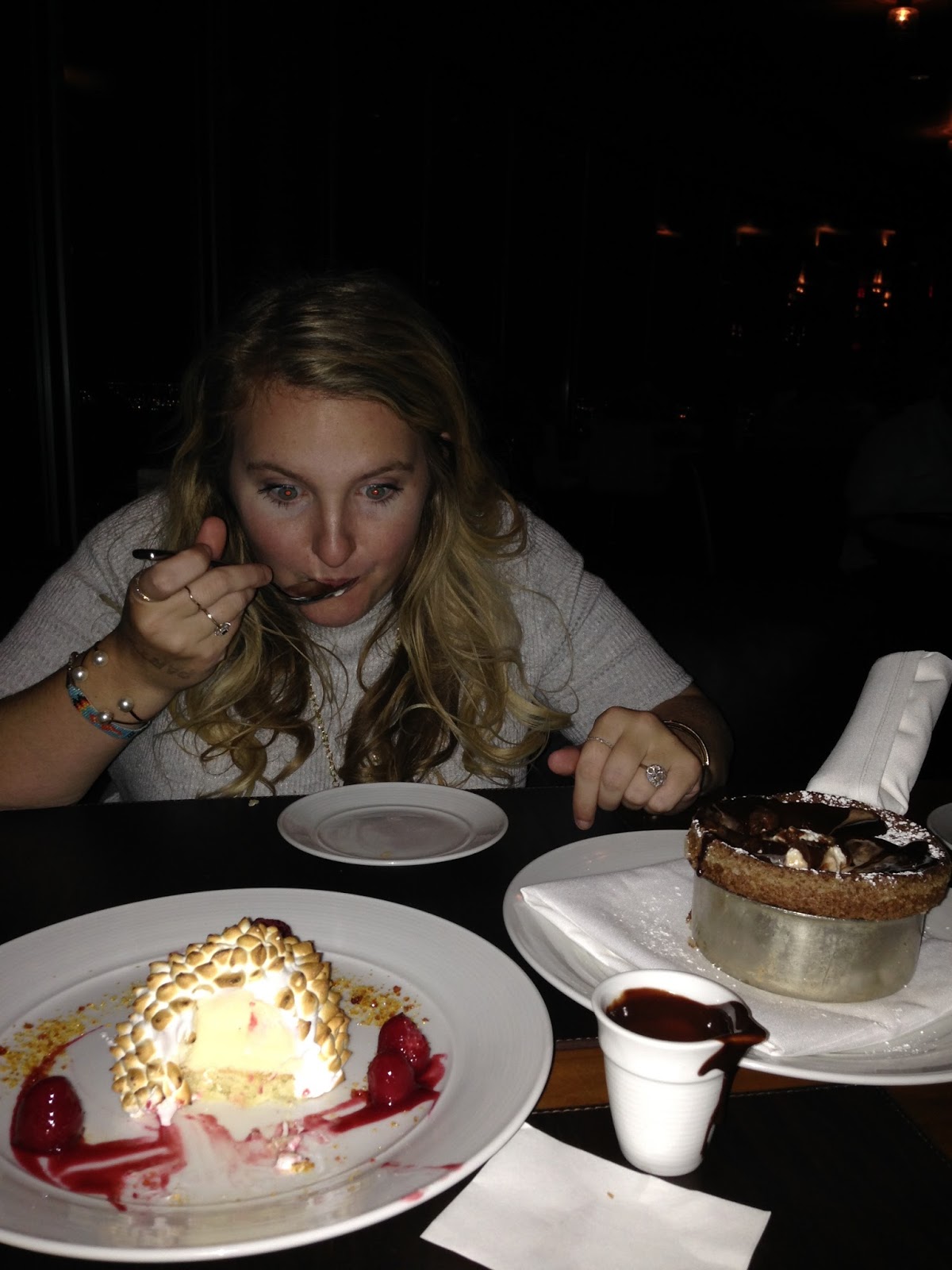 As you can guess this meal and this view comes with a substantial price tag. Expect to pay a minimum of $150 per person for a three-course meal with drinks. If that’s not in your budget, you might join the savvy bar crowd at Five Sixty who go for the great cocktails and a killer backdrop of one of the best skylines in the country. 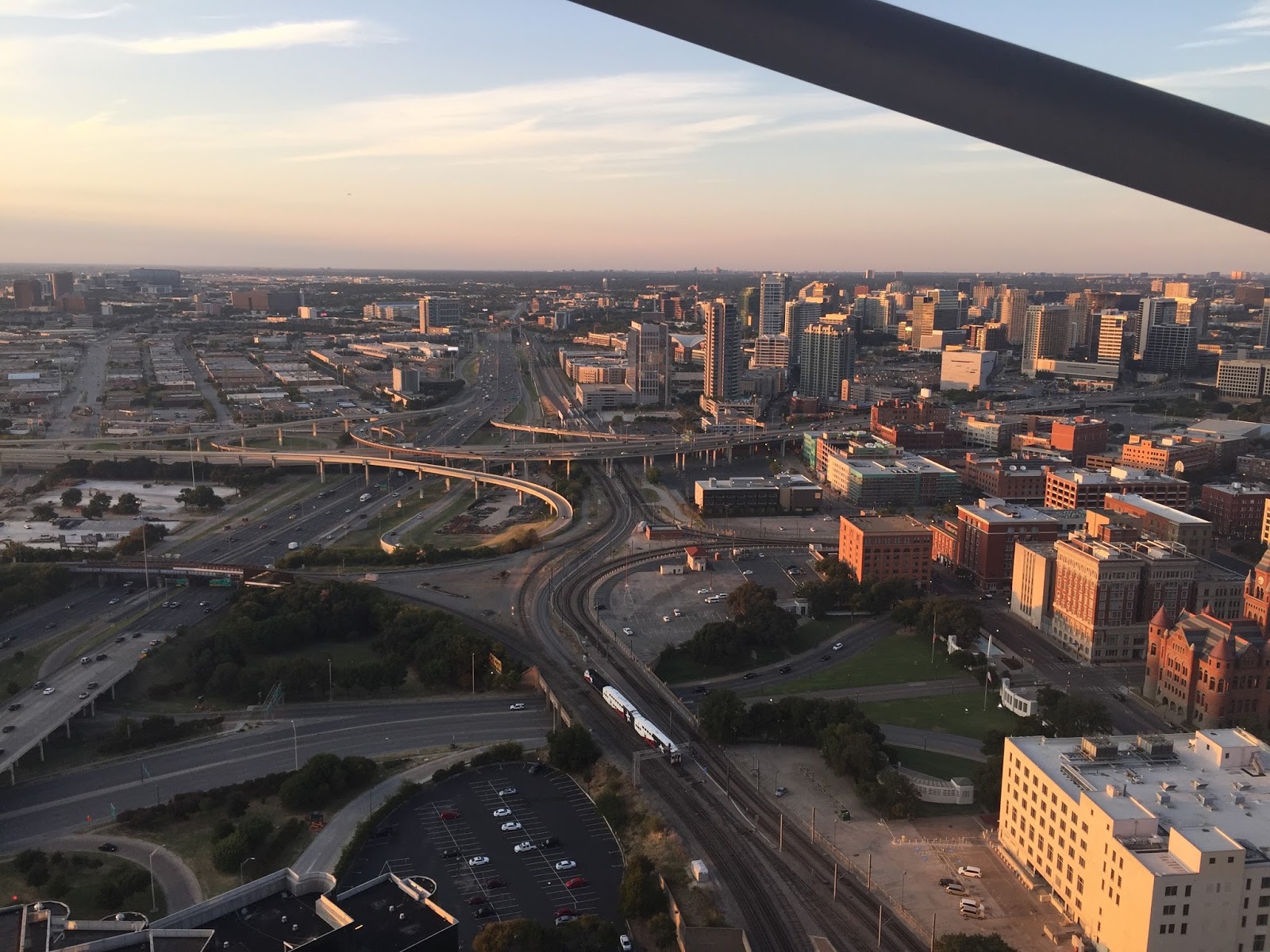 Side note:
The GeO-deck guides will encourage you to take a photo with your choice of backdrops and props, like cowboy hats. These are fun, especially for tourists, but somewhat pricey. Buying their photo is optional, but you can also have the photos emailed to you for free, so go for it. My favorite place to take photos was on top of the observation deck, fully windblown. 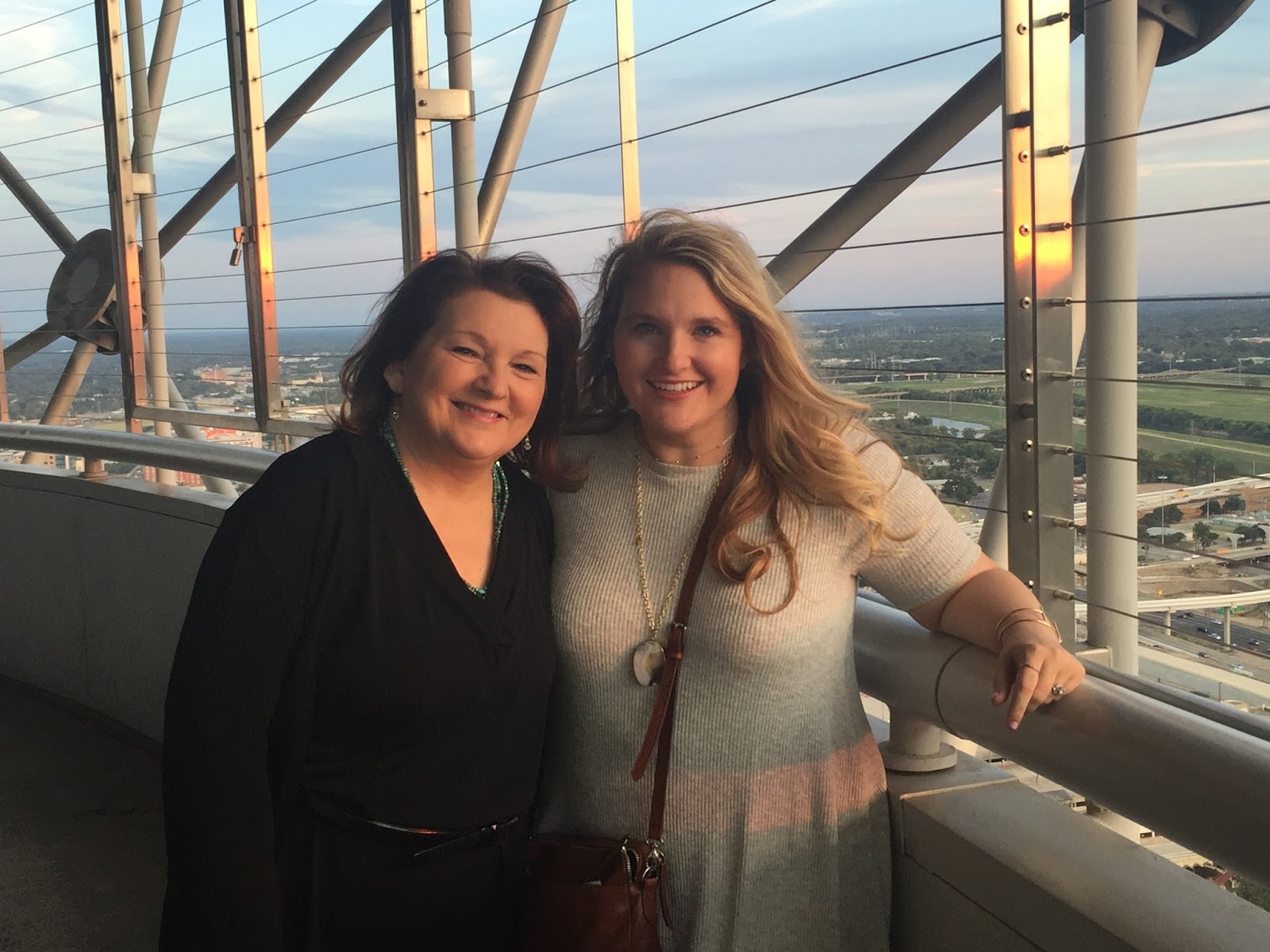 Have you ever been to Reunion Tower? Don't forget to add this to your Dallas bucket list!