There are two kinds of people in this world: people that believe the world is coming to an end (any day now) and those that blissfully carry on. Which one are you? This post might help you decide. 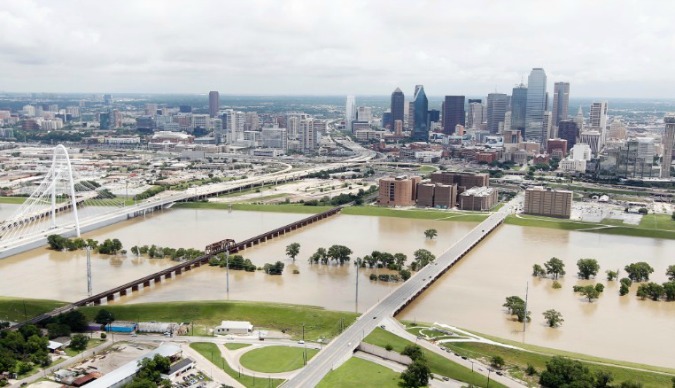 This weekend Michael and I decided to drive all over Dallas to check out all of the flooding going on. Roads are closed, creeks and lakes are spilling over, and some are even evacuating their homes in surrounding areas. We first headed closest to home to White Rock Lake, where water was coming so fast and loud it sounded like a jet. The area was crowded, people streaming in to come see the lake like it's never been before. 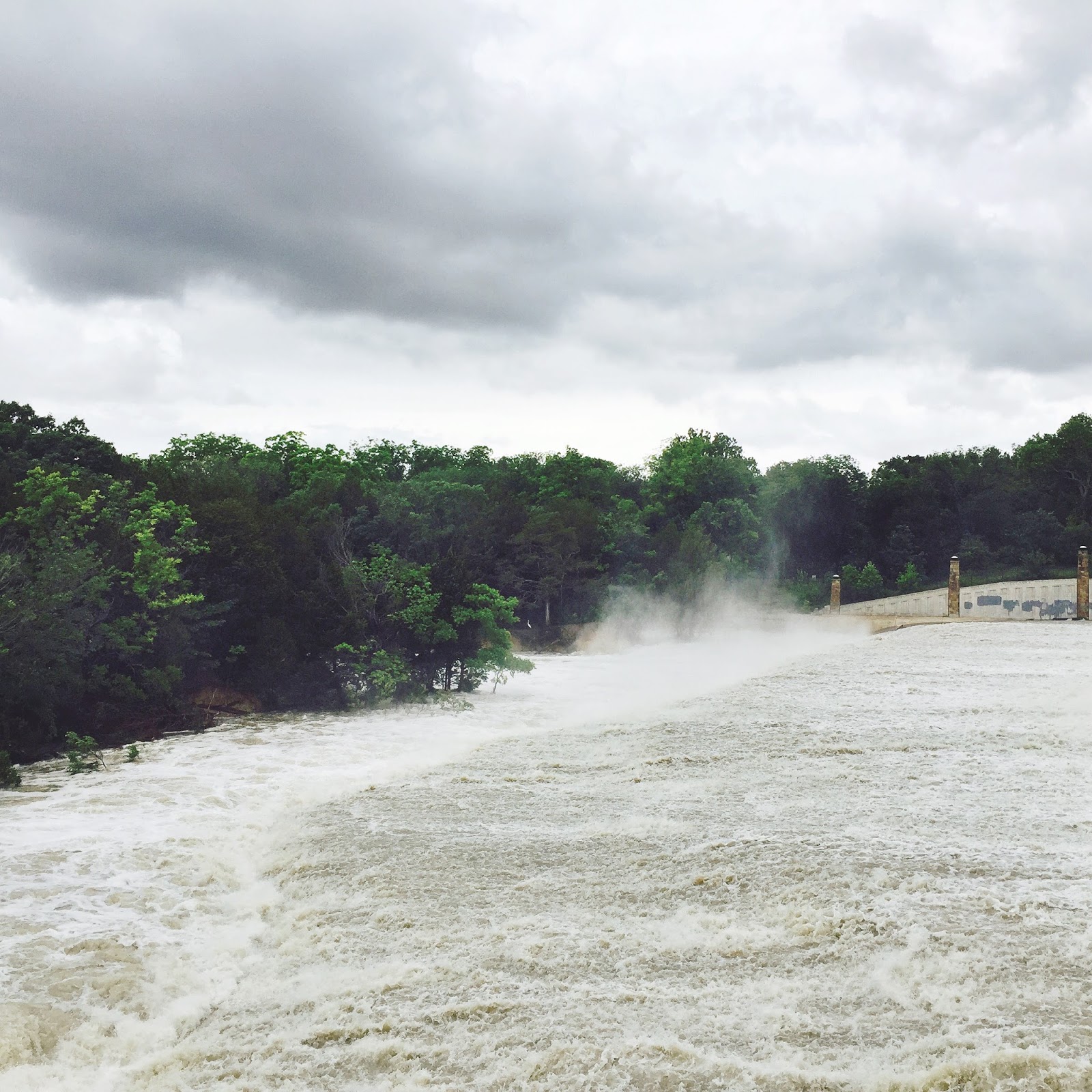 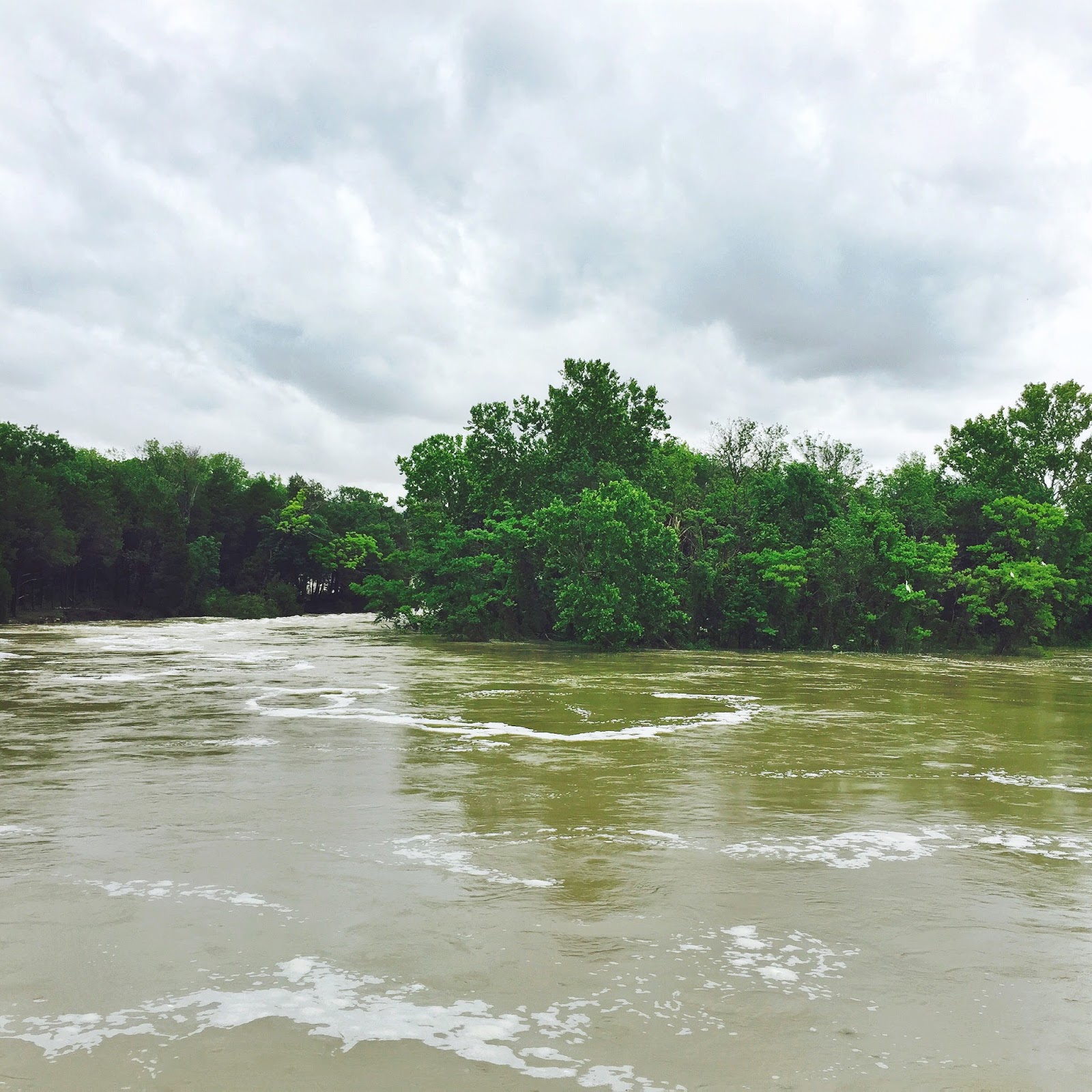 We then made our way over the the Trinity River which sits right next to the city skyline (it's the first picture above). My mouth dropped as I saw water reaching tree tops and spilling close to the homes nearby. 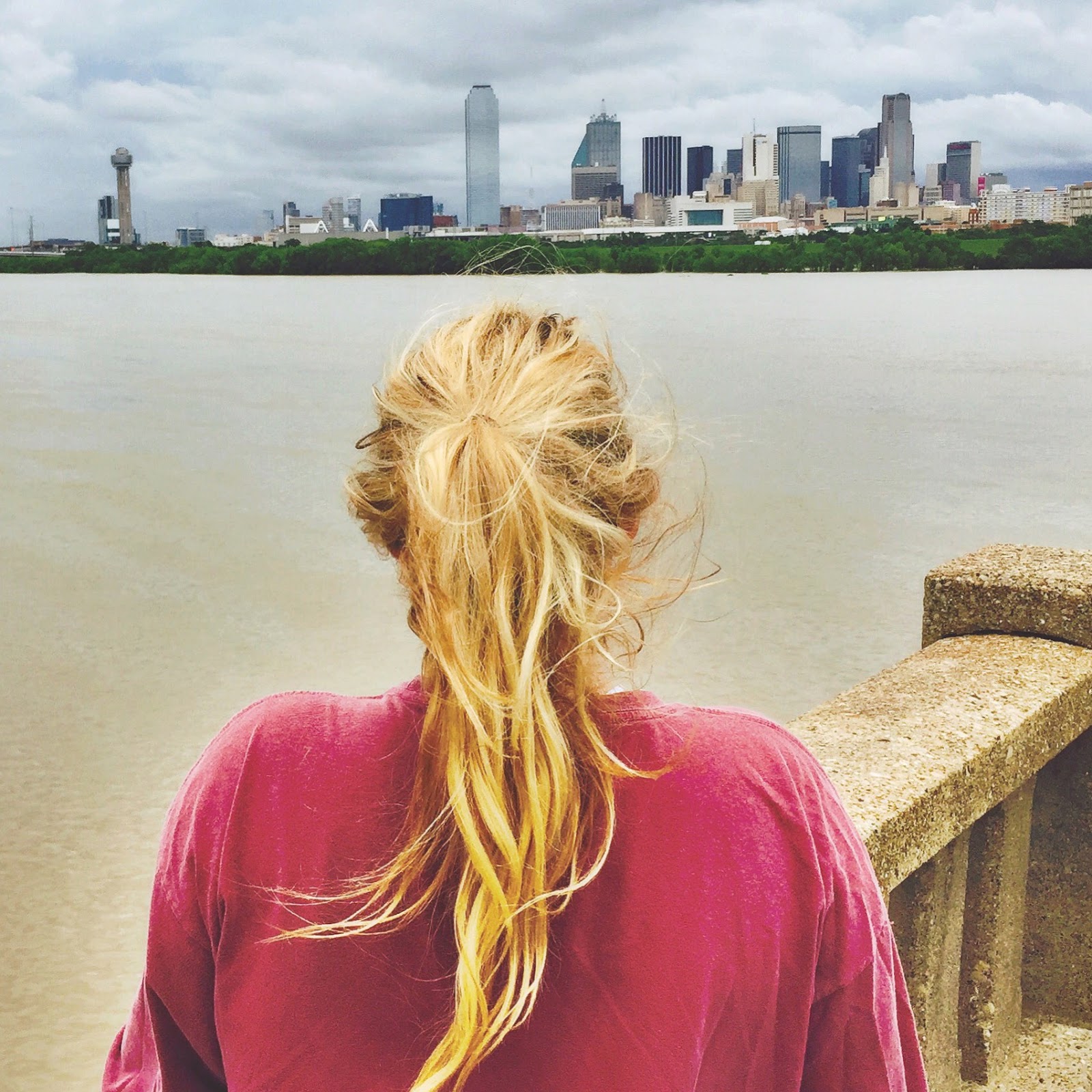 Then we drove over to Lake Grapevine where entire parking lots were covered in water. There's now even electrical equipment under water. 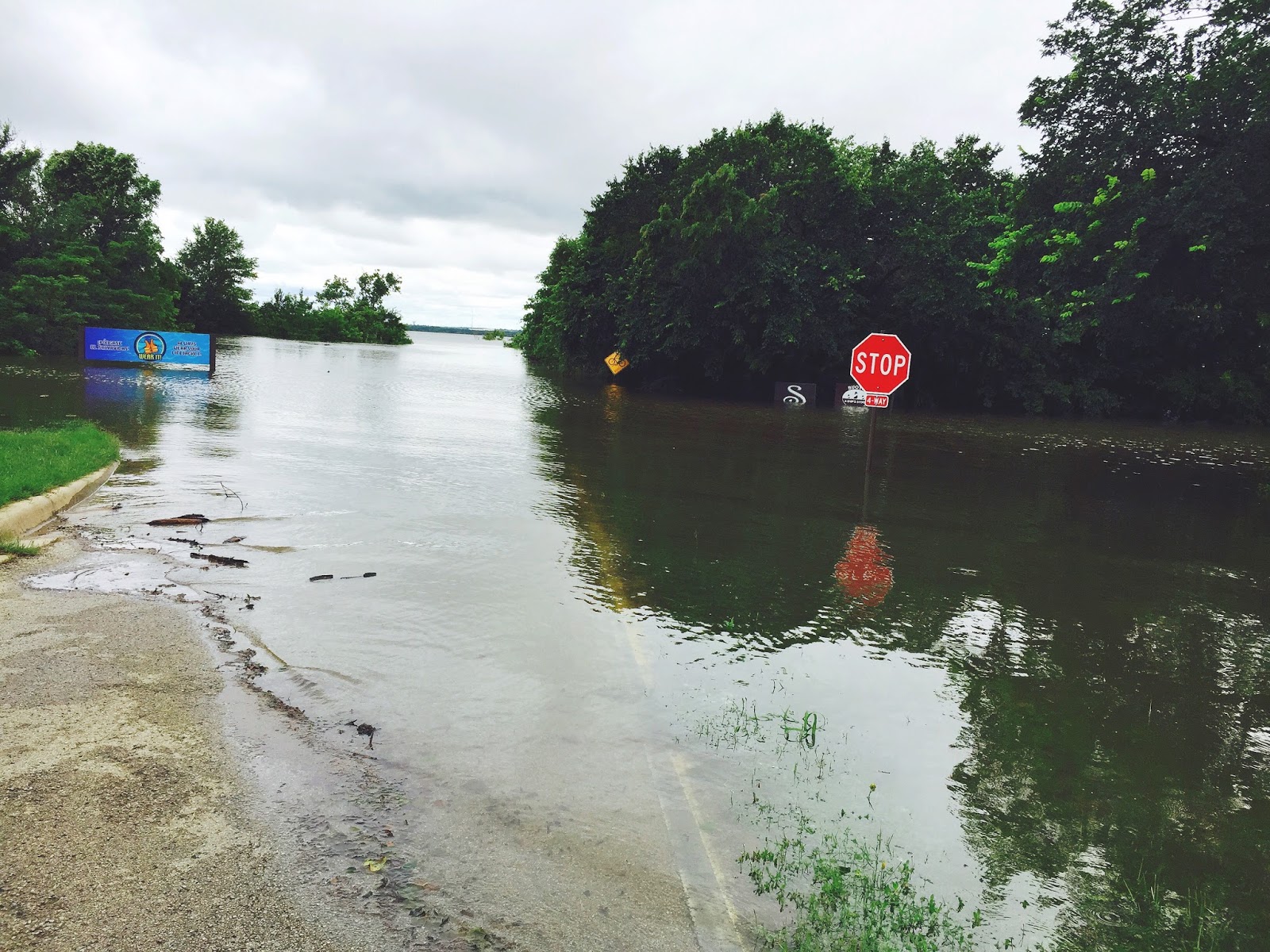 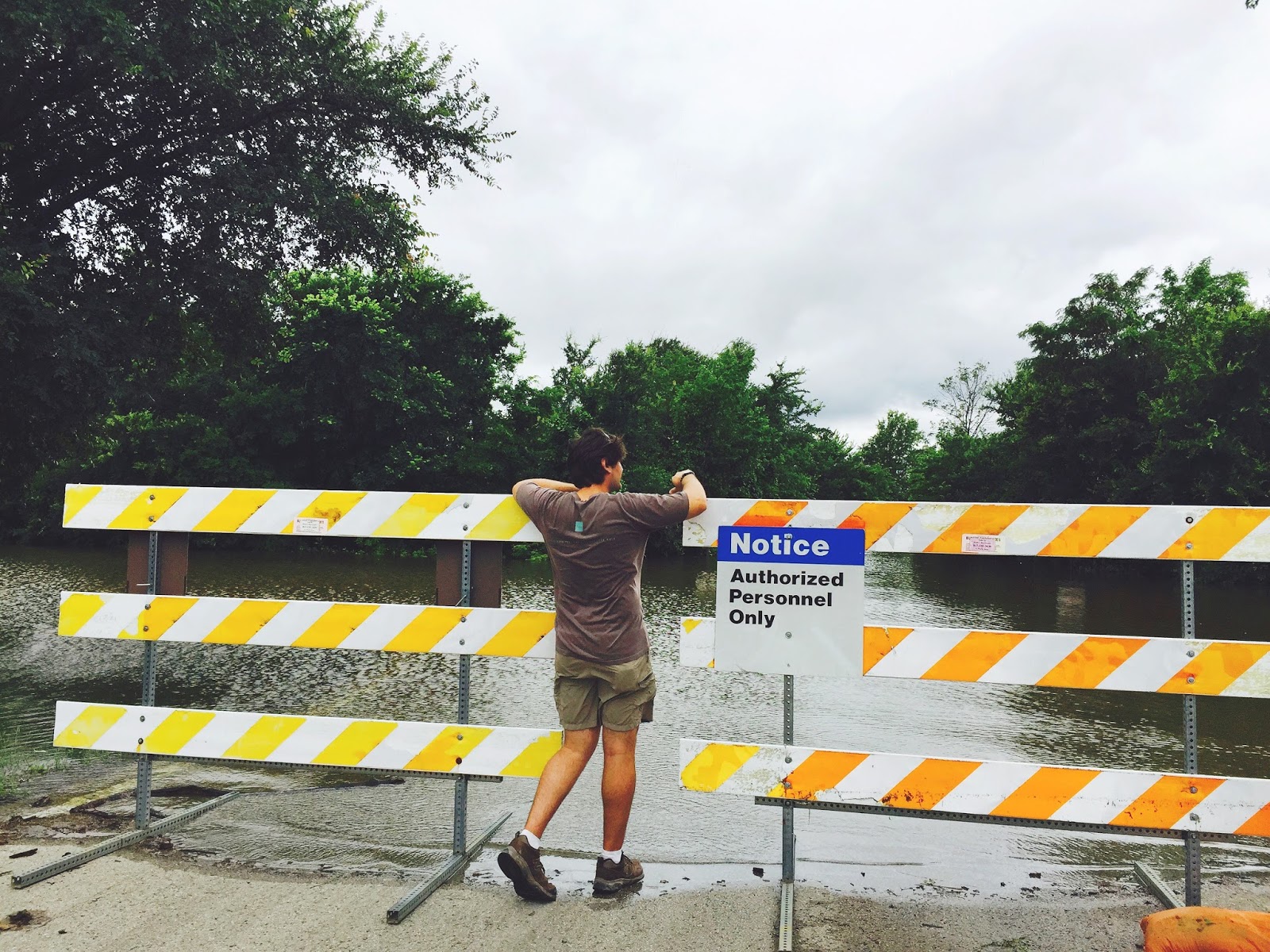 This is an area that Michael used to mountain bike. The trails had minnows swimming in it now.

Last stop was in Irving to see the road closures and the water almost overtaking homes. 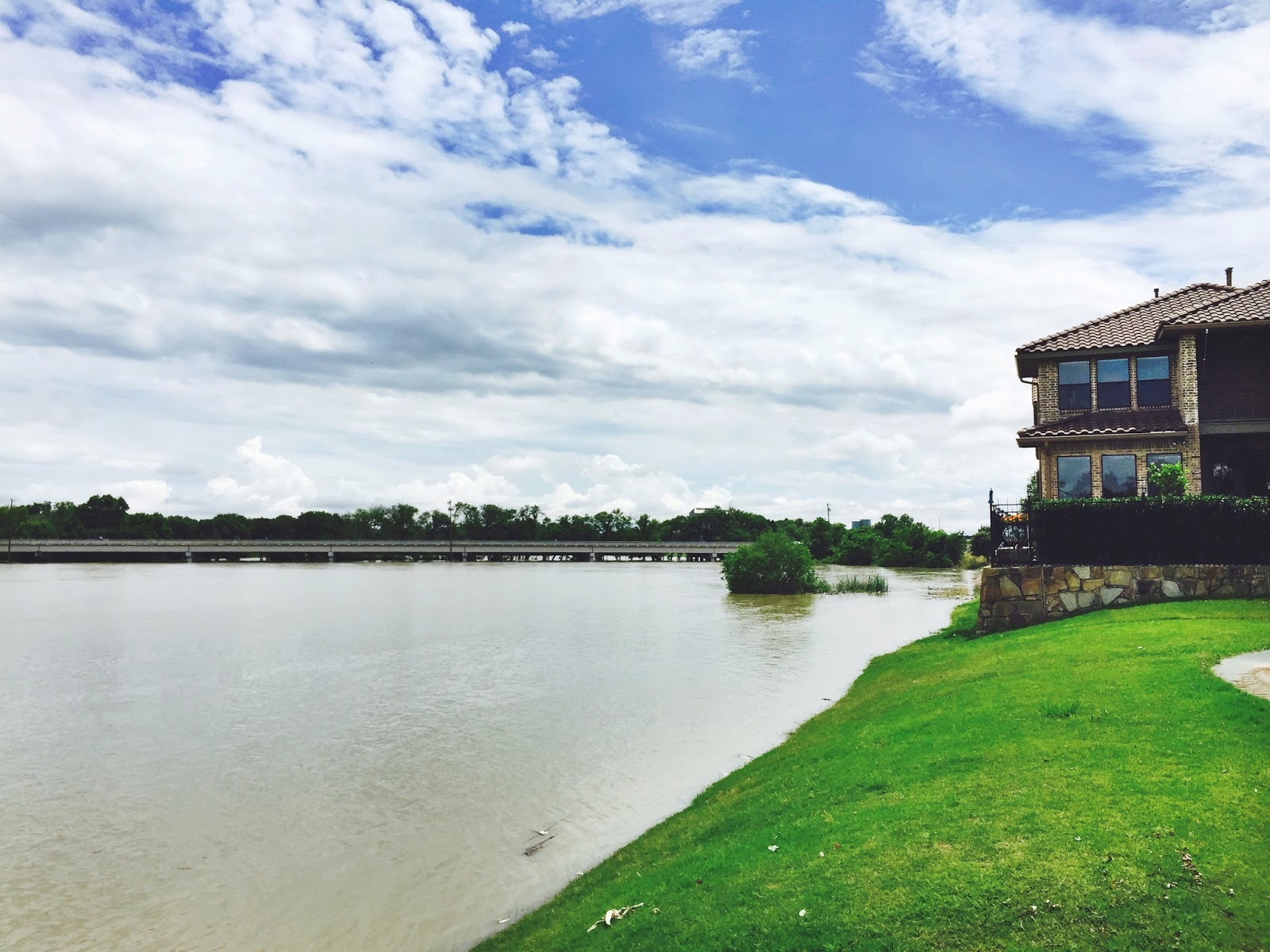 I know this is post is picture overload, but I have to document Dallas like I've never seen it before. Texas has received enough rain over the past month to cover the entire state in 8 inches of water. That's over 35 trillion gallons!

So, what does this mean? Is the world coming to an end? Is this a sign that life as we know it will cease to exist? Will the world be desolate with only a few Kardashians left to roam? Michael joked that this was the end of times. I like to think not. I Googled “Dallas Flooding sign world is coming to an end” and couldn't find much. Since Google is practically God, I think we're good, y'all. But, what do you think?

Thank you for those that have reached out to me to ask if we're okay! It really means a lot. My area is fine- just some mold growing on our streets from being constantly damp and the little critter problem. I really appreciate your concern and I hope that others that have been affected are okay.