The Best Documentaries on Netflix

I used to not really care about documentaries. Give me a chick flick or a romantic comedy or “The Sandlot” and I'm golden. But being married to a documentary addict makes things a little different. Now that I've seen so many documentaries online, I'm starting to really like them more than I thought I would. I always feel a little bit smarter after I watch. 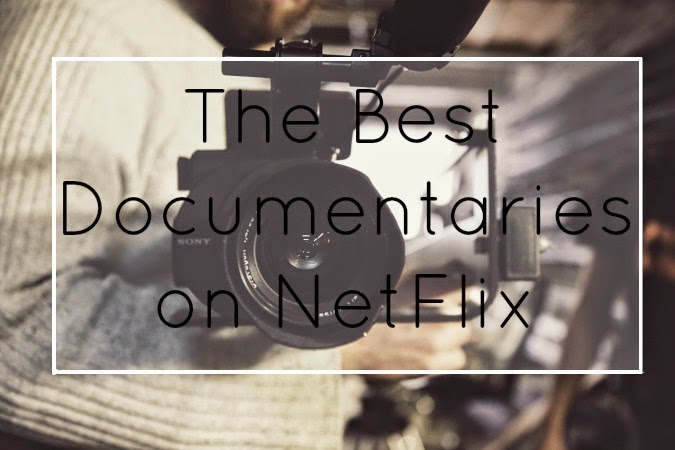 Here, in my opinion, are some of the best documentaries on Netflix.

This past weekend Michael chose to watch “The Invisible War” for his birthday movie. An odd pick, it focuses on rapes in the military, particularly to women. This movie was so powerful. As soon as the movie was over, I went online to help the cause and find out more information. It's amazing that things like this continue to happen and go unnoticed.

One of the most heart-wrenching and incredible stories is that of a high school football team. “Undefeated” follows the Tiger's football team in Tennessee. An extremely underprivileged school with even more underprivileged students and a coach as he tries to put them on the path to success. I cried like a baby watching this one.

For an interesting look into our country's judicial system and just how wrong things can do, watch “The Thin Blue Line”. I was on the edge of my seat the whole time, I just kept shaking my head. If you liked the podcast “Serial”, you'll love this documentary streaming on Netflix.

Something a little more light hearted is “Man on Wire”. In 1974 a young Frenchman rigged a very scary and very illegal thin wire between New York City's World Trade Center towers. He filmed it happening and the documentary follows the story and his arrest after.

I love strong female characters and you can't get much better than Lauren Dekker in “Maidentrip.” The film follows 14 year old, Dutch, Dekker as she attempts to be the youngest to sail around the world. Did I mention that she's by herself? Thinking about how you were when you were 14, or even now, and watch this. The scenery alone is beautiful but her story is even more enchanting.

Do you like being shocked and on the edge of your seat? “The Imposter” will do just that. I kept jumping up and down screaming, “no way!” at every twist and turn of this movie. I can't believe this happened, but this is the true story of a young Frenchman who pretends to be a Texas' family missing child.

The outrageous story of an extremely rich family that attempt to build the biggest house in America. However, life gets turned upside down because of the economy in “The Queen of Versailles.” Will they finish building their 90,000 square foot estate?

Bonus: “In A World”
This isn't a documentary, but feels like you're watching the lead character's life unfold. The plot is the highly competitive movie trailer voice actors as they try to score the “epic” movie trailer. It's funny and interesting and easy to watch.

Any must see documentaries you've watched on Netflix?